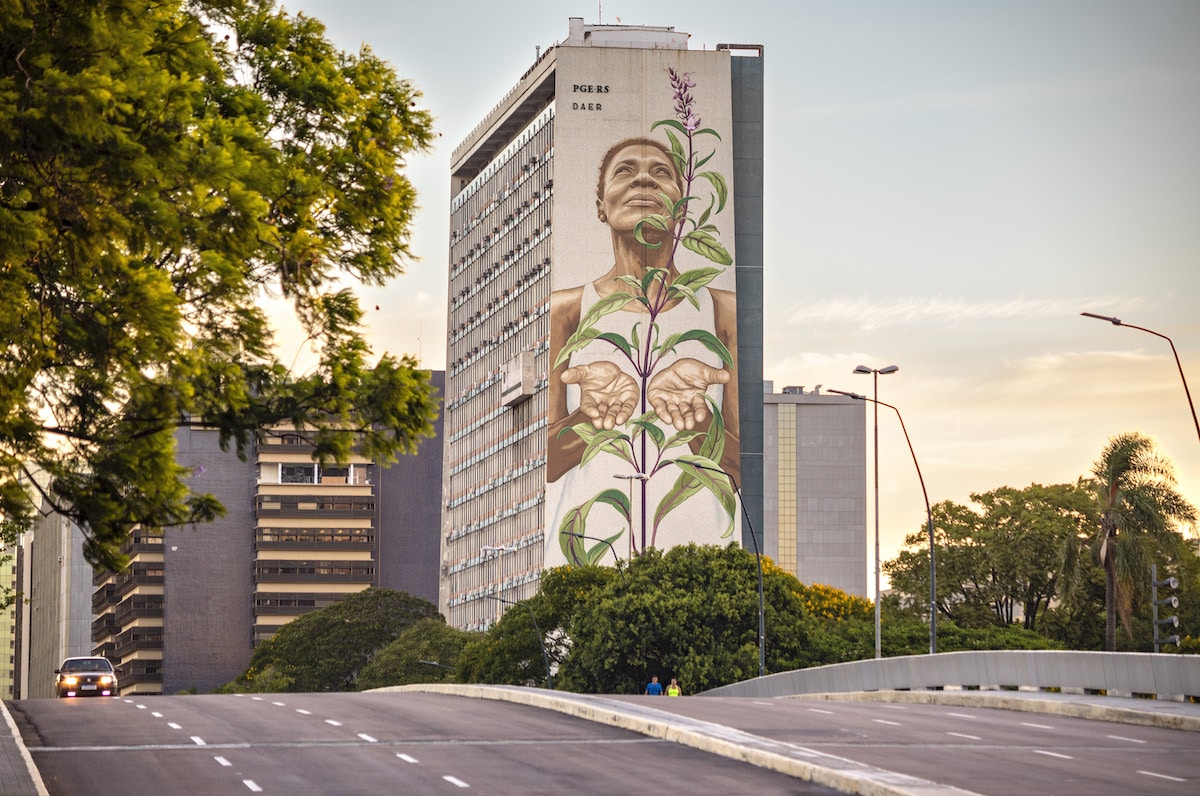 Towering high over Porto Alegre, Brazil, a community leader sees her face on the side of a government building. It's a momentous occasion for Bia Gonçalves, also known as Bia da Ilha. She hails from the peripheral neighborhood of Ilha da Pintada, an area with deep Afro-Brazilian roots, and she is a well-respected figure in the community. Her face, and the plant she holds, were used by artists Mona Caron and Mauro Neri to send a message of inclusivity.

More than 140 local entities and 50 local artists helped make the mural a reality. For the artists, the concept started with a plant known as “justice” used in Afro-Brazilian religious rituals. The plant is believed to cast out negative energies and in doing their research they were introduced to Bia. As a Umbanda priestess, she was able to give the artists a deep explanation of the plant and its meaning. She is also very active in her community, a historic neighborhood for Black Brazilians. Here, she participates in community organizations, speaks out against domestic violence, and works to preserve the area against real estate developers trying to gentrify the neighborhood.

Now, Bia's face takes on a different meaning. In the mural titled Quebra-tudo, Abre Camihos (Break Everything, Open Paths), she looks to the sky with her palms out. The justice plant weaves through her hands and caresses her face, almost touching the top of the 20-story building.

More than half of Brazil's population identifies as Black, yet Black Brazilians make up a very small percentage of elected officials and company executives. Over the past few years, there has been a strong push by Black Brazilians to embrace their identity and fight back against racism. Through this artwork, the artists hope to start a dialogue about embracing cultural identity, creating representation in government institutions, and bringing together peripheral and downtown communities.

The scope of the work and the people involved are a bright spot of hope that the justice the artists hope to represent is closer to becoming a reality. 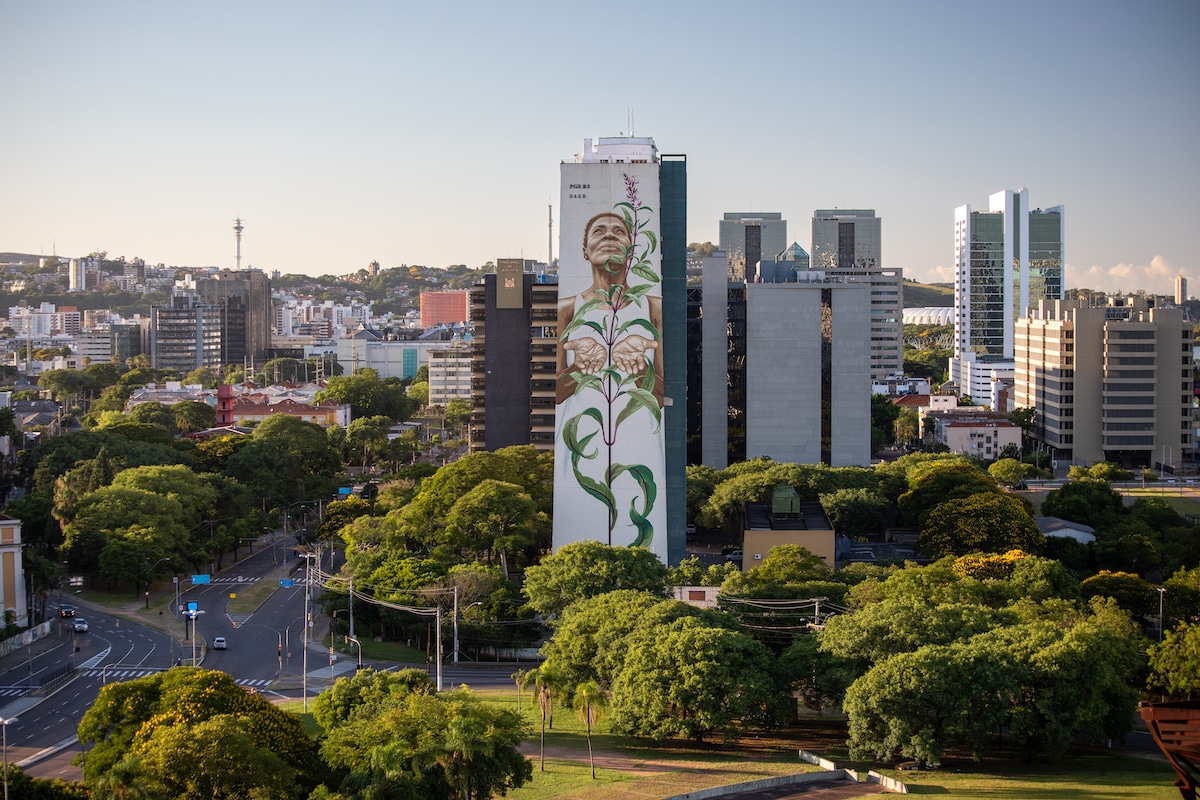 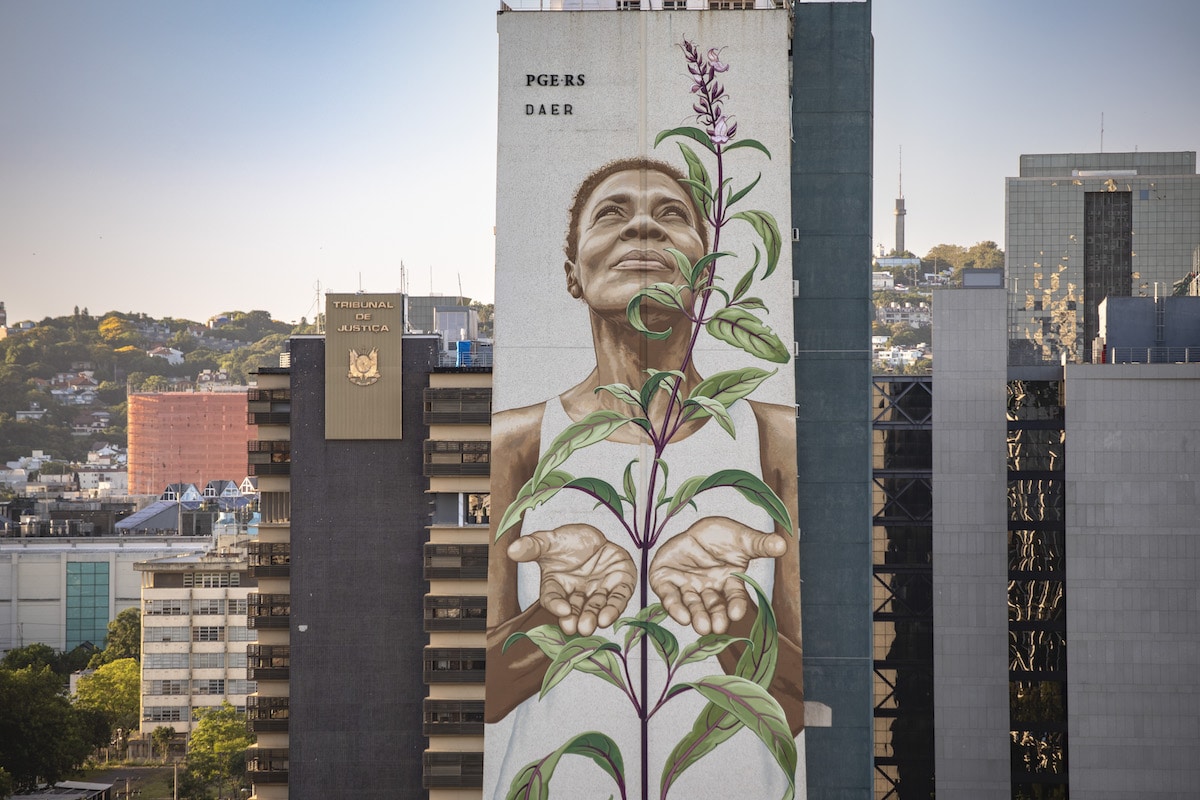 The plant, called justice, is used in Afro-Brazilian religious rituals and is said to cast off negative energy. 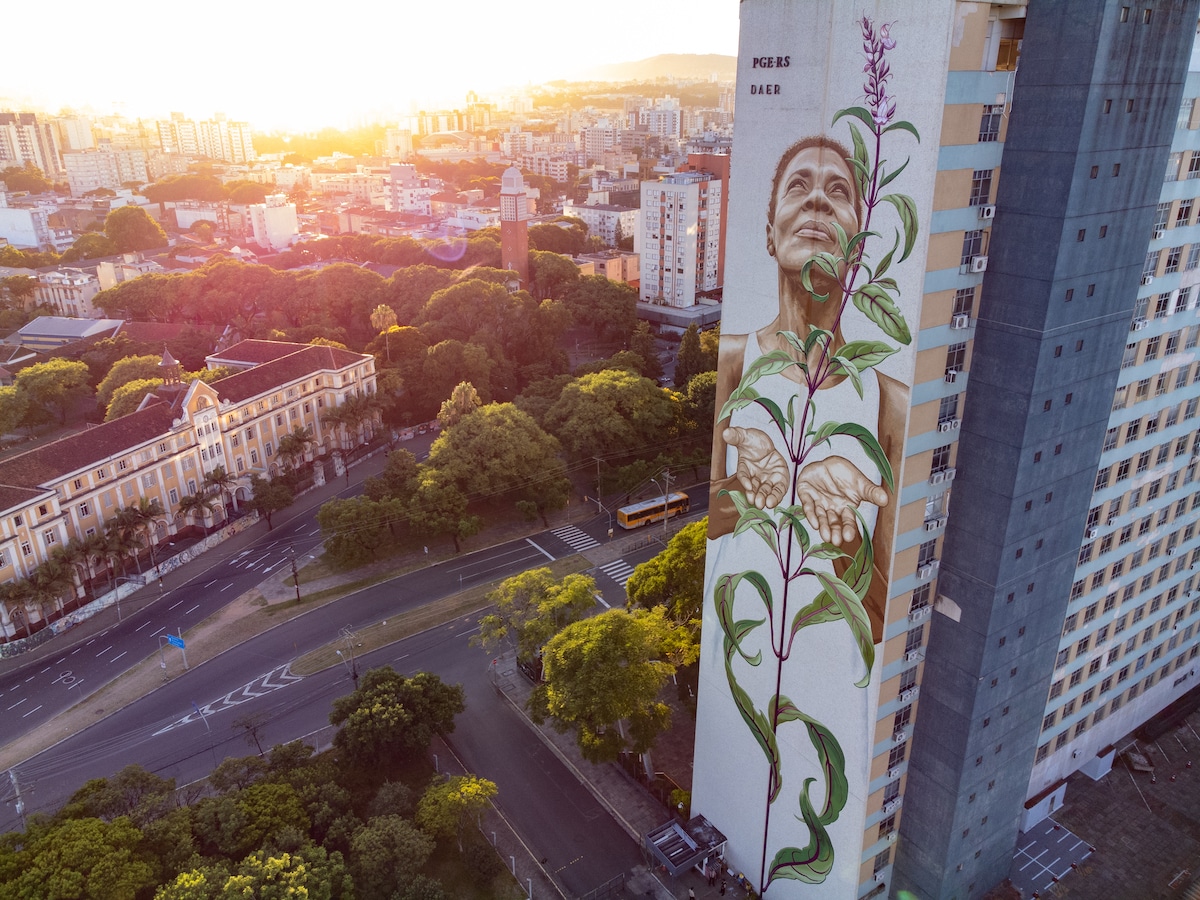 Titled Quebra-tudo, Abre Camihos (Break Everything, Open Paths) the mural aims to start a dialogue about identity, culture, and justice. 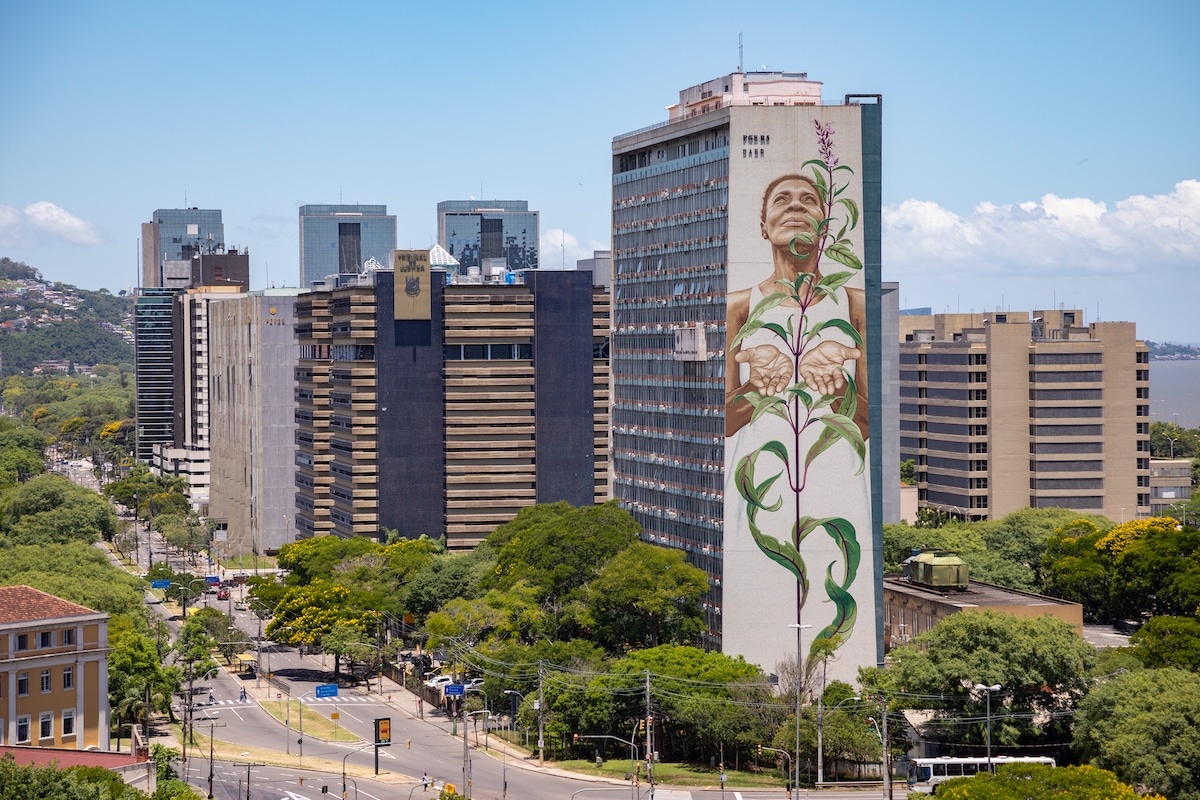 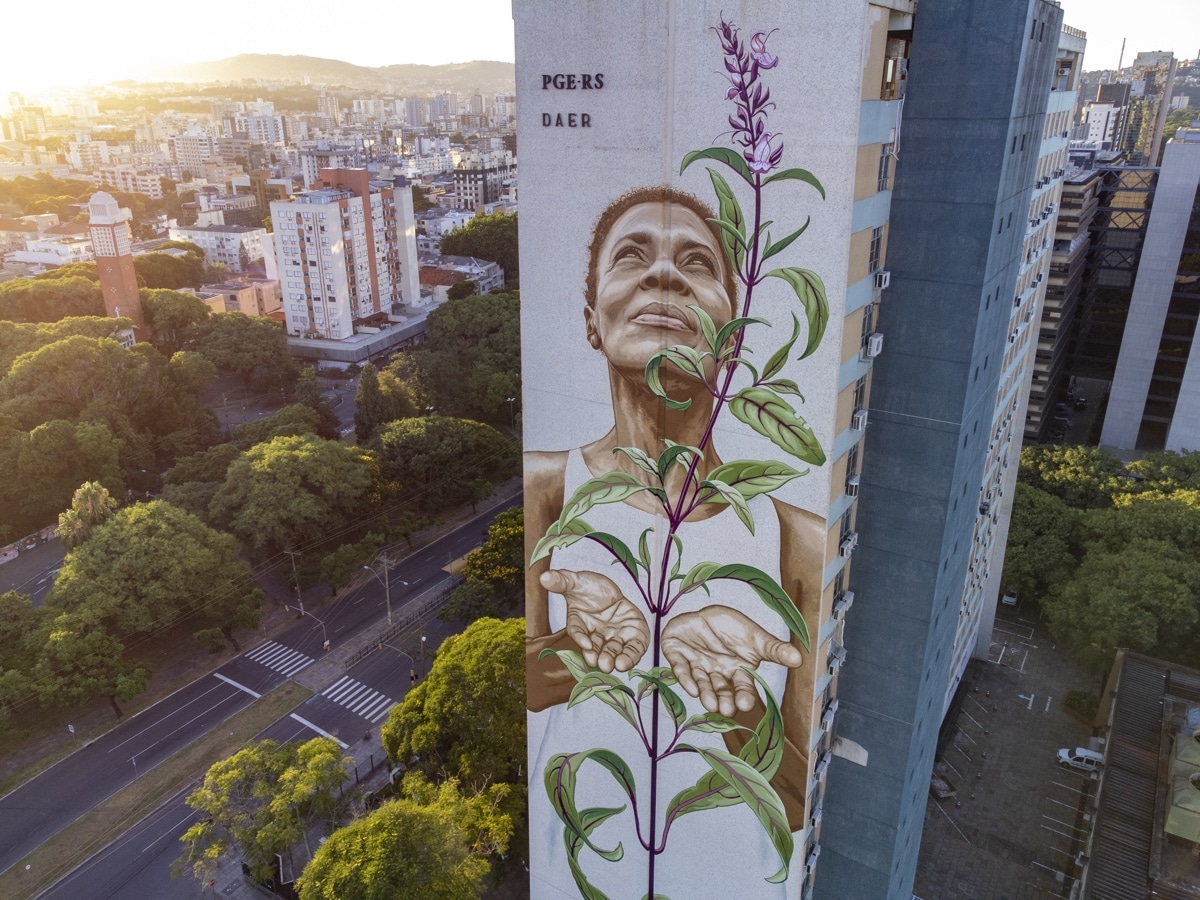 Learn more about Bia Gonçalves and why she was selected for this mural project.

And listen one of the state's few black district attorneys discuss the impact he hopes that the mural will have.

Gorgeous Murals by L7m Blur the Line Between Realism and Abstraction

Applaud the message of this art? Share
Like My Modern Met on Facebook
Get Our Weekly Newsletter
Become a
My Modern Met Member
As a member, you'll join us in our effort to support the arts.
Become a Member
Explore member benefits 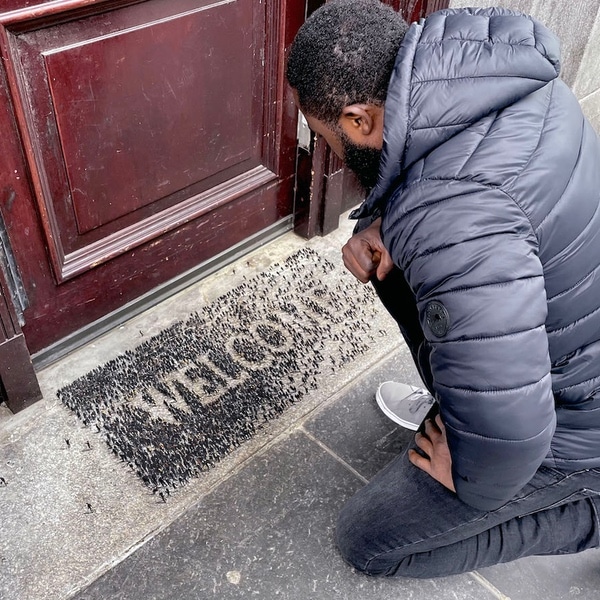