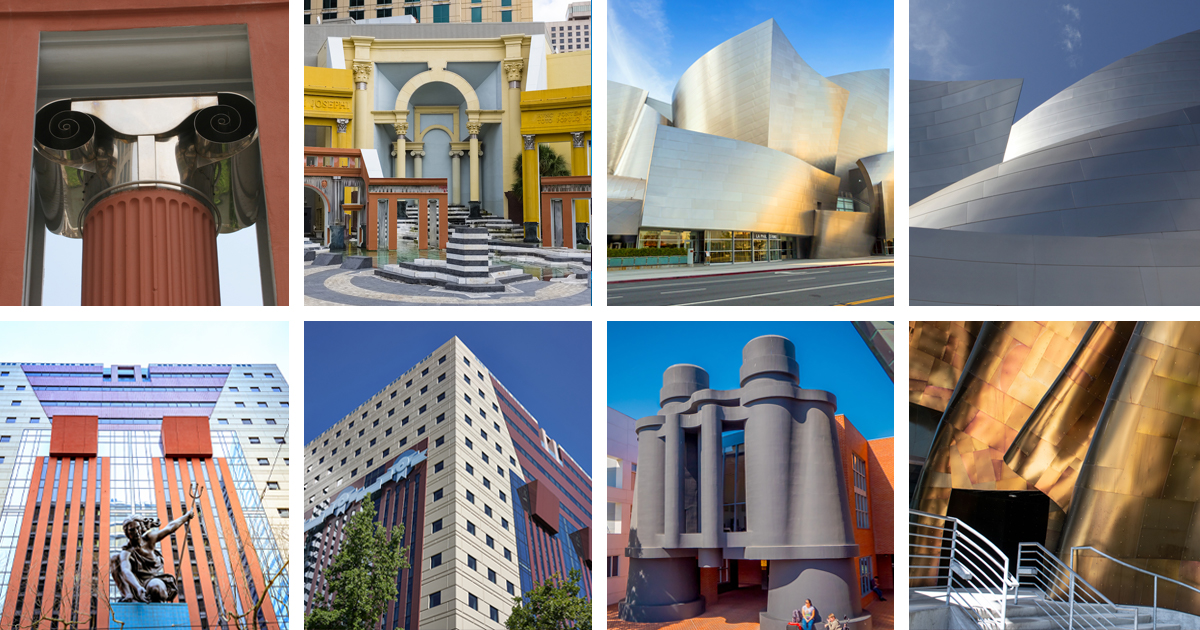 Postmodernism is one of those architectural styles that, at first, may seem hard to describe. Does anything after modernism count as Postmodernism? The answer is that this architectural style is a direct response to the incredibly popular and utopian ideas of modernism. While modernism preached international design that would solve social problems and create a more unified world, Postmodernists were not so sure that architecture had the power to create such dramatic and widespread change.

Some architects and designers saw the increasing number of modern buildings as taking away from the character of a city. They believed that this international style often took the place of architecture that was a part of local heritage and culture. Many others believed that it was simply boring. This push against the boring can especially be seen in works by renowned Postmodernists like Robert Venturi, Denise Scott Brown, and Steve Izenour. Venturi once said “less is a bore” in response to Ludwig Mies Van der Rohe’s famous “less is more.”

In Contradiction and Complexity in Architecture, Venturi describes what he hoped architecture would become. Most of his hopes were realized as Postmodernists responded to the earlier style. “I speak of a complex and contradictory architecture based on the richness and ambiguity of modern experience, including that experience which is inherent in art,” says Venturi “I welcome the problems and exploit the uncertainties… I am for messy vitality over obvious unity… An architecture of complexity and contradiction must embody the difficult unity of inclusion rather than the easy unity of exclusion.”

In this article, we break down some of the best examples of Postmodern architecture and the characteristics that define the style.

Some believe that Postmodernism is the architecture of pop culture. It is sometimes flashy and it is not considered “timeless” in the way that modernists wanted their buildings to never go out of style. Postmodern buildings were playful and colorful.  Some of the words used to describe Postmodern architecture in this list of characteristics were described by leaders of the style like Venturi and Scott Brown. An easy way to remember Postmodern characteristics is that they are often in complete opposition to the ideals of modernism. 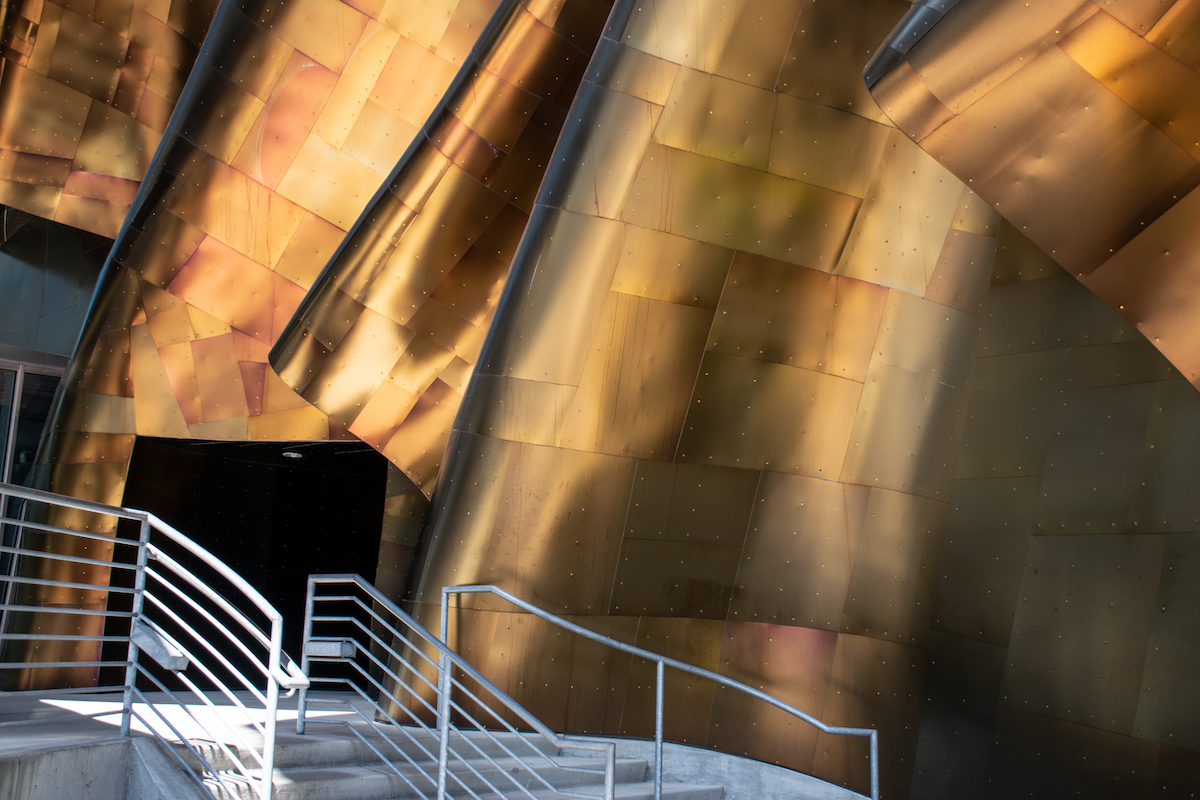 In addition to the minimalistic materiality of modernism, Postmodernists were unlimited in their range of materials and their applications. Postmodernist Frank Gehry is well known for his unusually bent metal sheets. Though he was not as vocal about the ideals of the style, he is well known for both using traditional materials in unusual ways and using unexpected and unique materials for architectural applications. 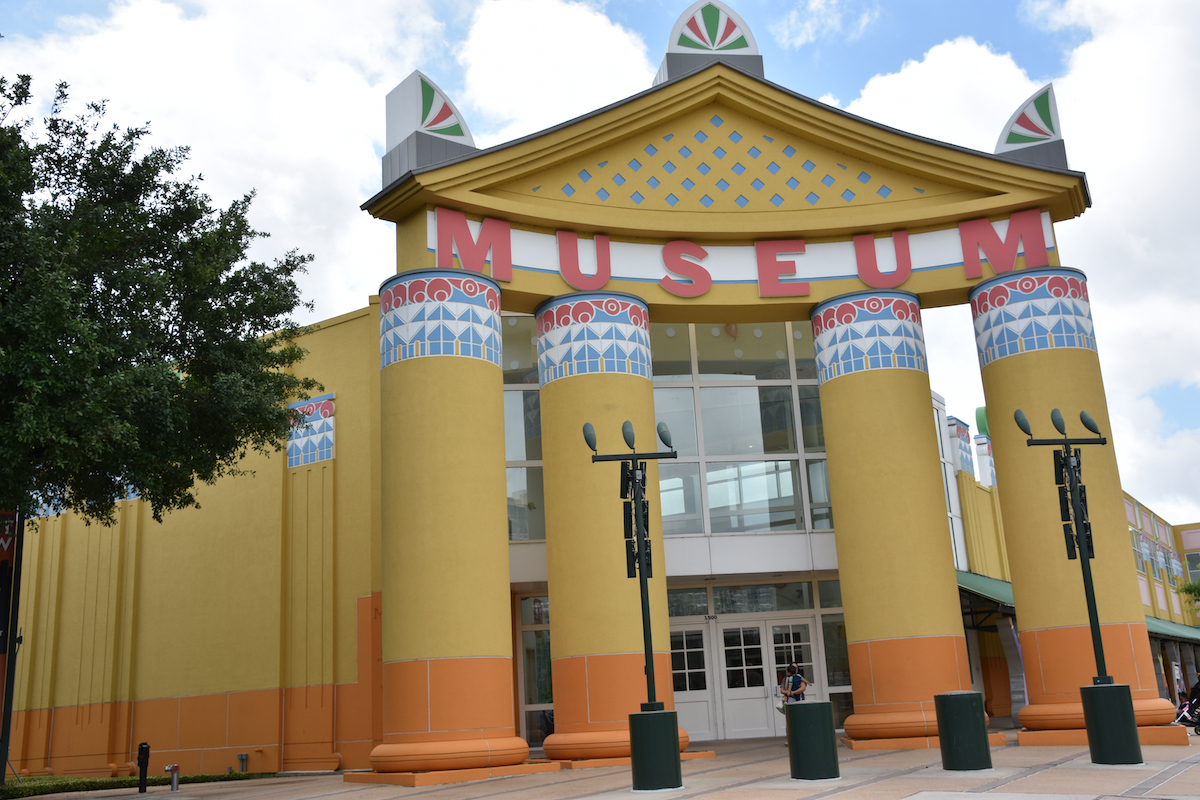 Part of the playfulness of Postmodernism lies in the bright colors that adorn these buildings. Modernists often designed white and glass boxes that were meant to fit any location and any person. Postmodernists instead used colors to breathe life and variation into their work and to make their buildings one-of-a-kind experiences that were specifically designed for the cities they were built in. 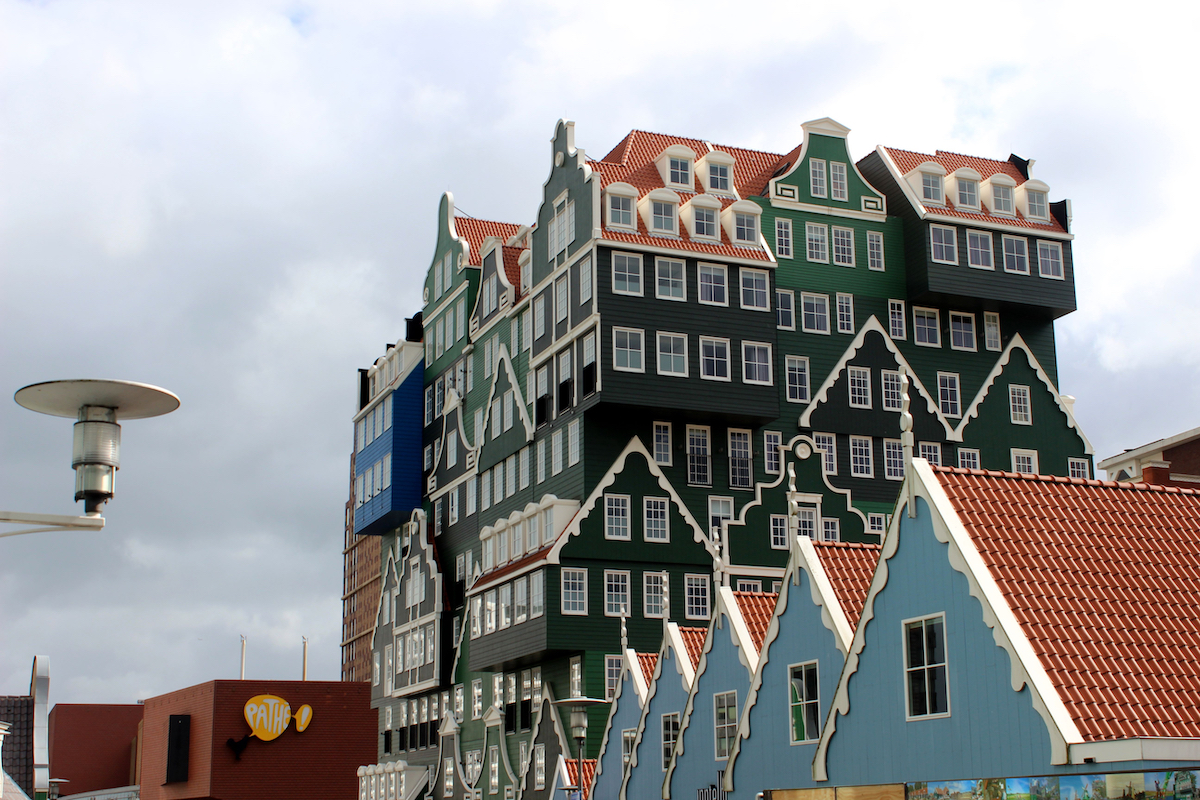 Postmodern architecture is often characterized by playful design. This translates to buildings that reimagine traditional elements and break the rule of form following function. Instead, some buildings are designed simply for novelty—like a larger building in the shape of a stack of little houses. 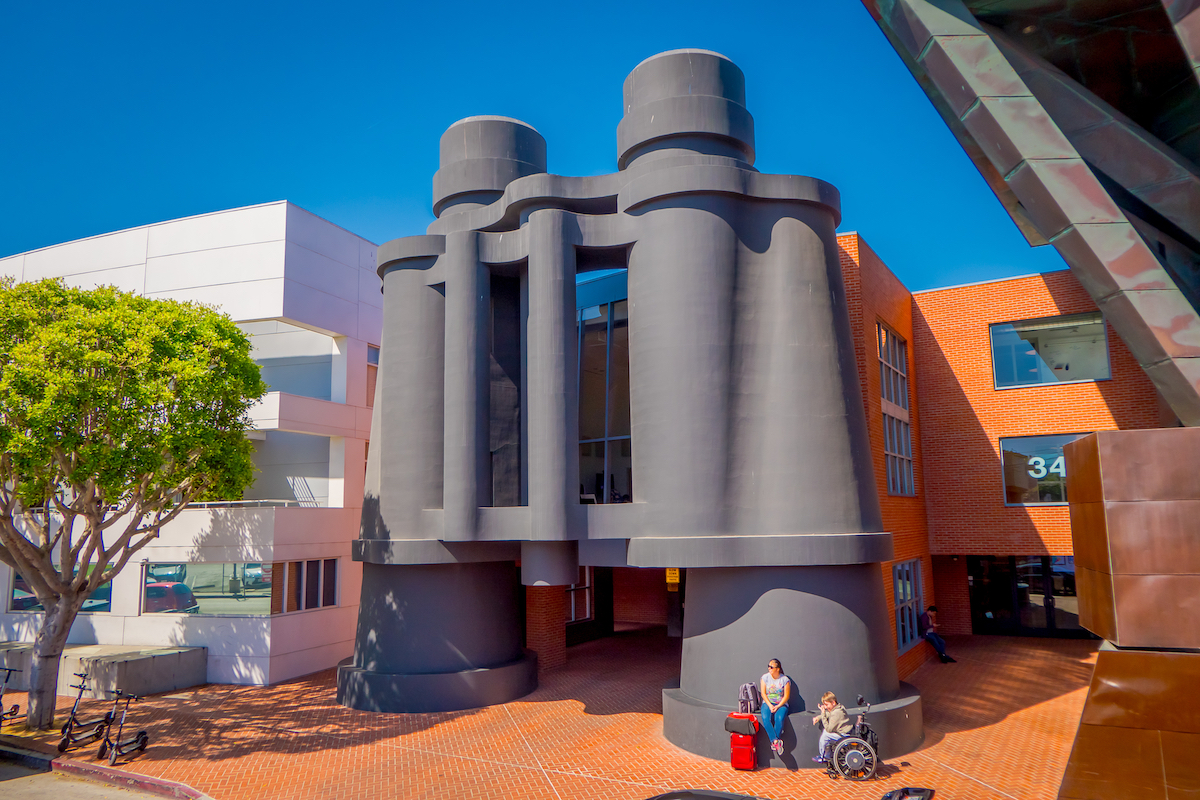 Simply put, a duck is a building that is designed to look like an object. The term “duck” comes from Learning from Las Vegas, the book by Venturi, Scott Brown, and Izenour that outlined many Postmodernist ideas. Ducks were buildings literally in the shape of a symbol, just like the duck-shaped building in Flanders, New York. The decorated shed is simply a building-shaped building that uses signage or decoration to accomplish the same symbolism that the ducks accomplish through its shape.

The M2 Building was designed as a Mazda showroom in Tokyo, Japan, and was Kuma’s first major commission. It now acts as a funeral hall. 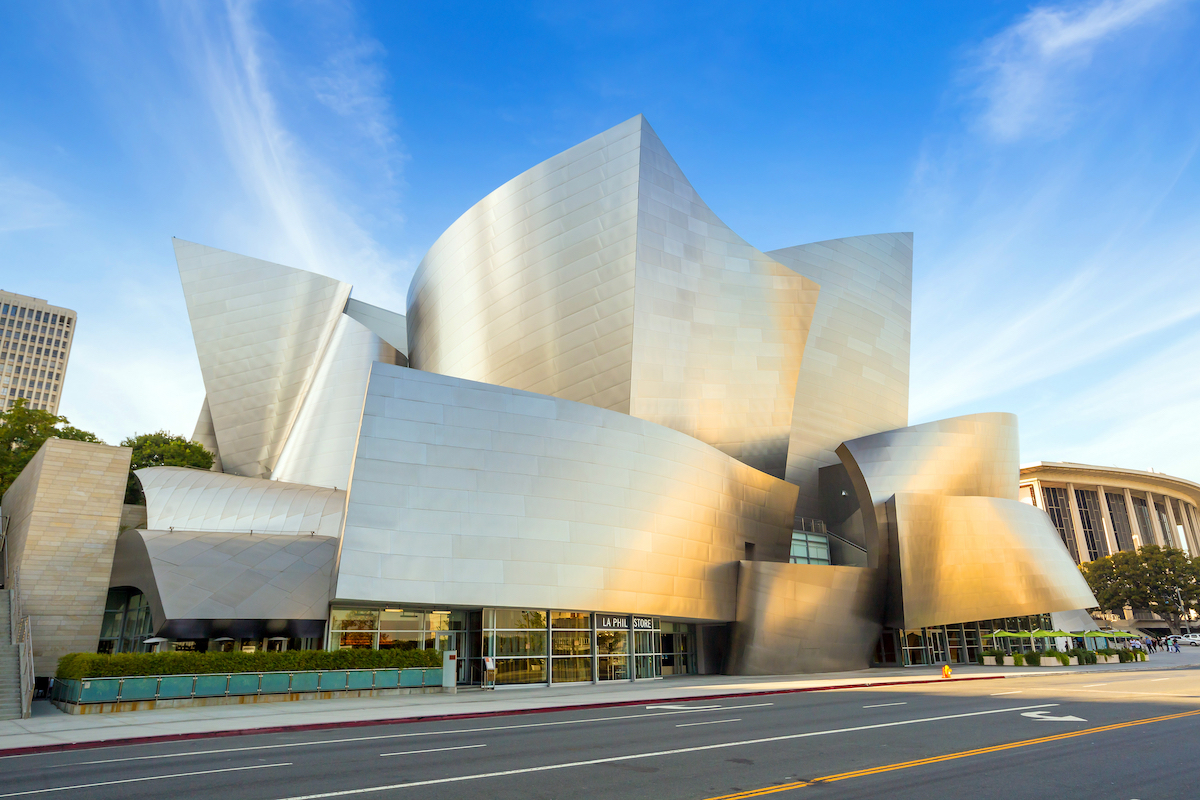 Frank Gehry is an important Postmodern architect with a portfolio full of incredible examples of the style. His work is recognizable even to people not very interested in architecture, and his buildings function as cultural icons for the city they are designed in. The Walt Disney Concert Hall is the home of the Los Angeles Philharmonic orchestra and the Los Angeles Master Chorale and is inspired by the architect’s love of sailing. The organic forms are meant to look like billowing sails frozen in time.

The massive building—and its many metal sails—is clad in more than 12,000 stainless steel panels that cover an area of over 49 miles. Aside from its truly unique design aesthetic, the building is also known for its acoustics. Yasuhisa Toyota, an acoustic designer, consulted on the project to create the hall’s concert areas to perfectly deal with sound while designing curved interiors that matched the unusual metal skin of the building. 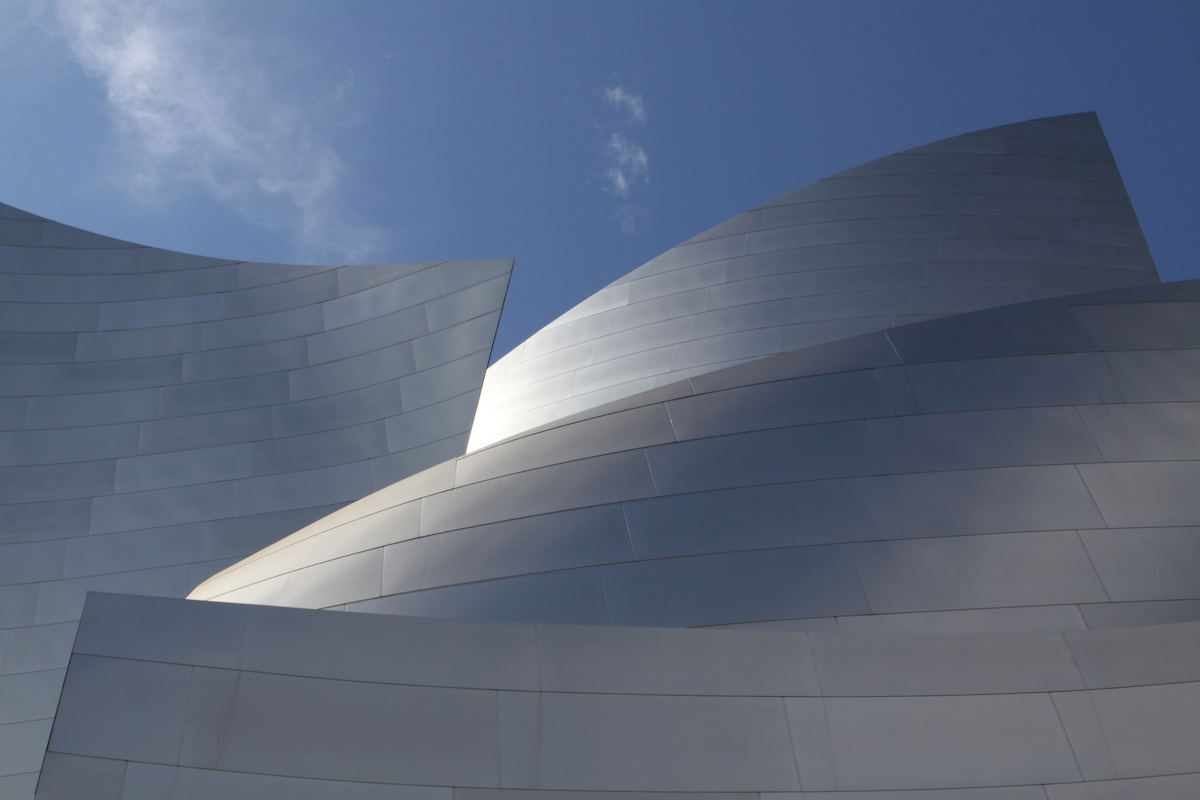 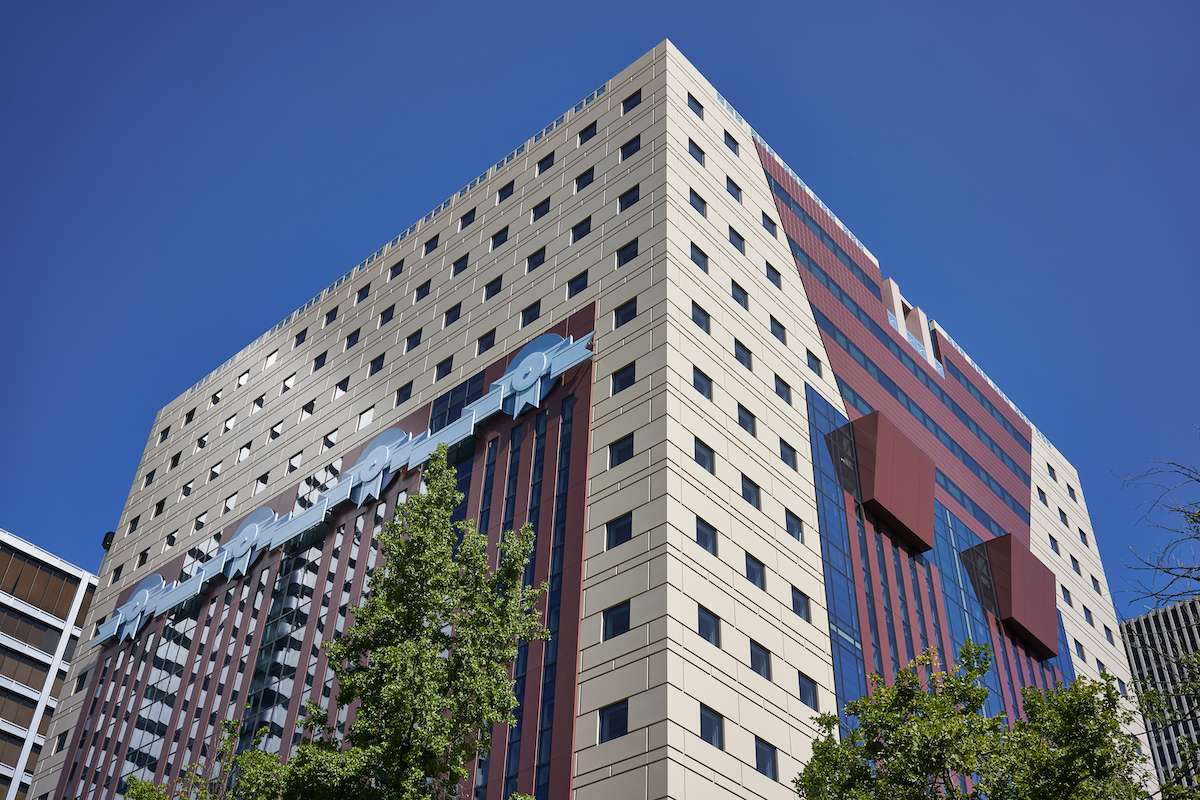 The Portland Municipal Services Building is one of the most popular examples of Postmodern architecture. It was designed by Michael Graves as a result of a design competition where Portland Mayor Frank Ivancie demanded postmodern design. He believed that modernists were making downtowns “boring” and that this new project should become a distinctive building for the city.

The colors, along with the geometric shapes on the façade, are playful and bright. This building does not follow set rules of universal design but instead has its own character which makes it a recognizable and obvious addition to the skyline. The triangular façade breaks the rule of “form follows function” since it is not related to the internal program or function of the building. The outer design is there because it is fun and that is enough for Postmodernists! 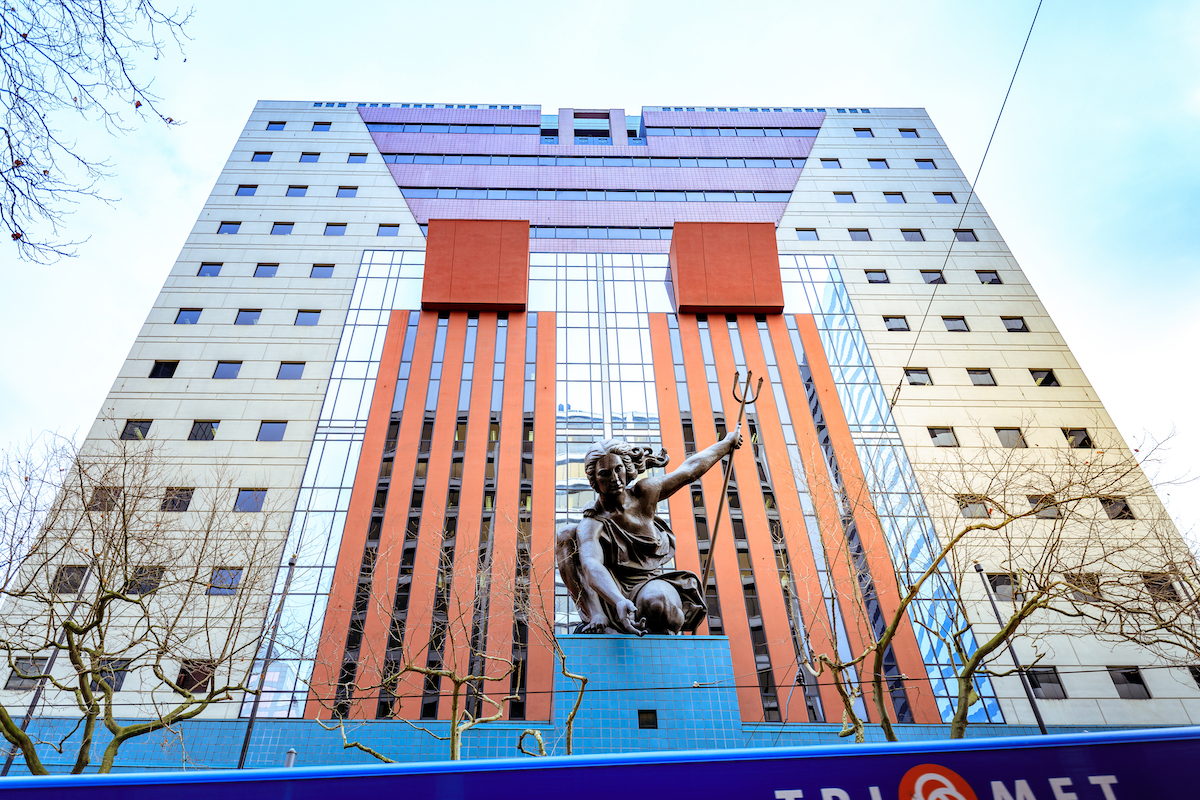 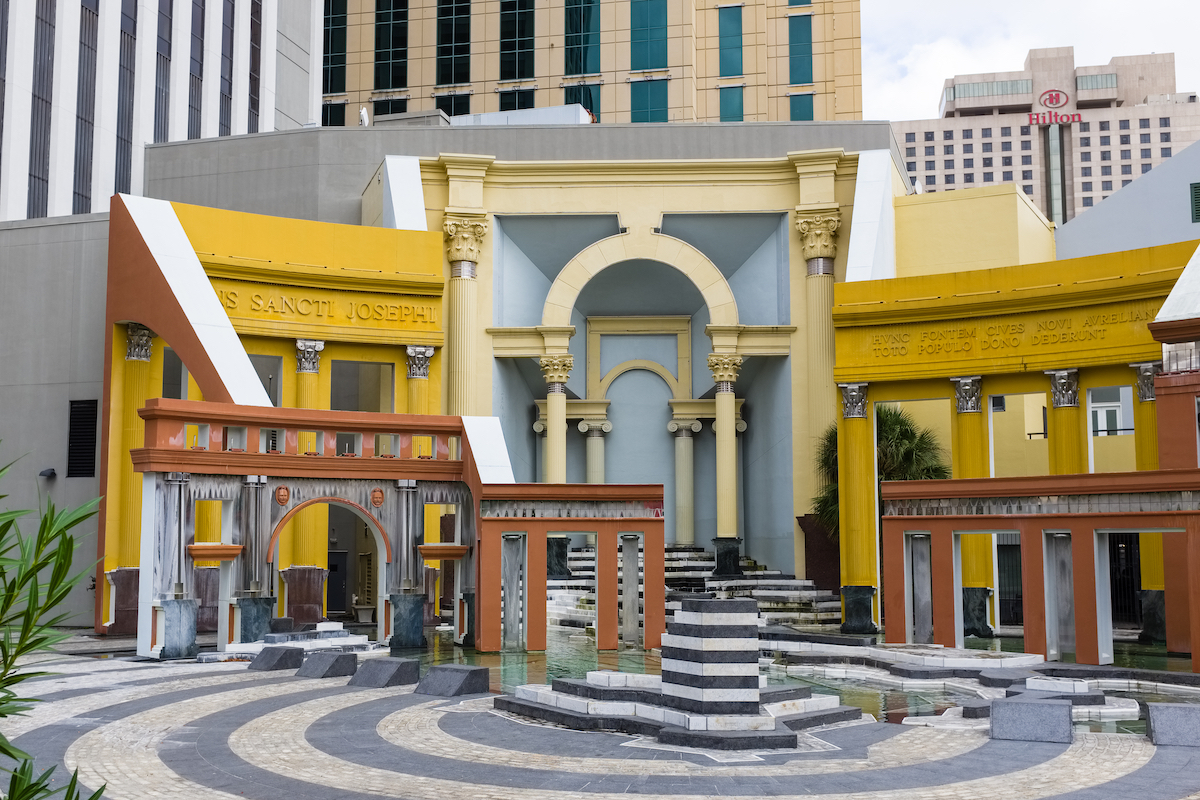 Piazza d’Italia is a playful rendition of the traditional Italian Piazza located in New Orleans, Louisiana. It was designed by Charles Moore with Perez Architects as an example of Moore’s belief in inclusive architecture which would be open and accessible to everyone. While modernists attempted to find a universal language of architecture that can be used anywhere, the Piazza d’Italia was designed to be relevant to the site and acted as a monument to the city’s Italian influence.

Some Postmodernists used the classical icons of columns and arcades to taunt Modernists, but Moore took a less cynical approach. His brightly colored classical architecture was a genuine celebration of Italian innovation in architecture. Such a bold design was sure to inspire divided opinions. Some people questioned the project purely for its design, but many others agreed that it failed when nearby developments fell through, causing Piazza d’Italia to become a “Postmodern ruin.” The project was eventually restored and generally has a much better reputation now. Whether you love it or hate it, the Piazza d’Italia is certainly a unique and fun public space. 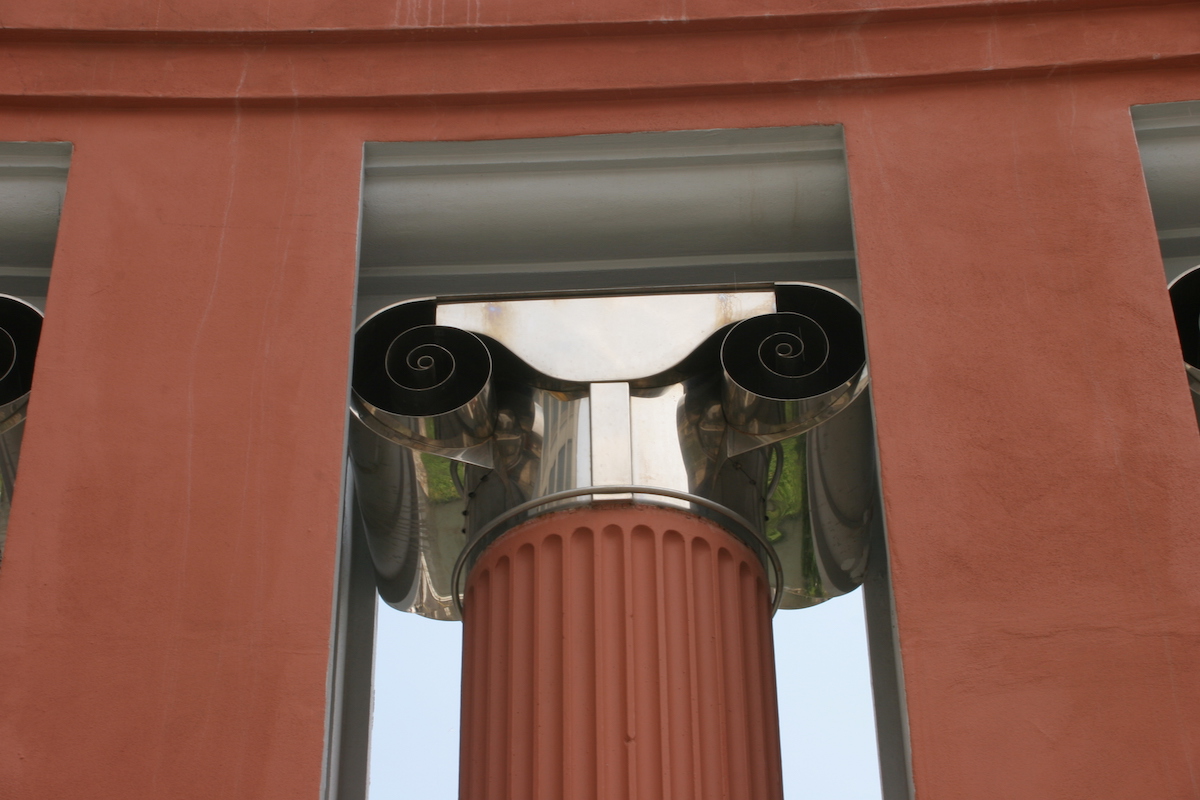 Kindergarten Die Katze is a kindergarten in the shape of a giant cat. If you remember the characteristics of Postmodern architecture, you may have caught that this cat is actually a duck! Or at least, it is a duck in the Venturi, Scott Brown, and Izenour idea that buildings are either shaped like objects (ducks) or shaped like buildings and adorned with decoration (decorated sheds).

Designed by artist Tomi Ungerer and architect Ayla-Suzan Yöndel, Kindergarten Die Katze is a playful school that encourages children to learn—even if they may not know they are doing so—in a great example of Postmodern architecture. The main space of the school is full of natural light from the circular windows that act as the cat’s eyes. The cat's tail acts as a fun slide at the back of the school.

Which is your favorite building? Share
Like My Modern Met on Facebook
Get Our Weekly Newsletter
Become a
My Modern Met Member
As a member, you'll join us in our effort to support the arts.
Become a Member
Explore member benefits