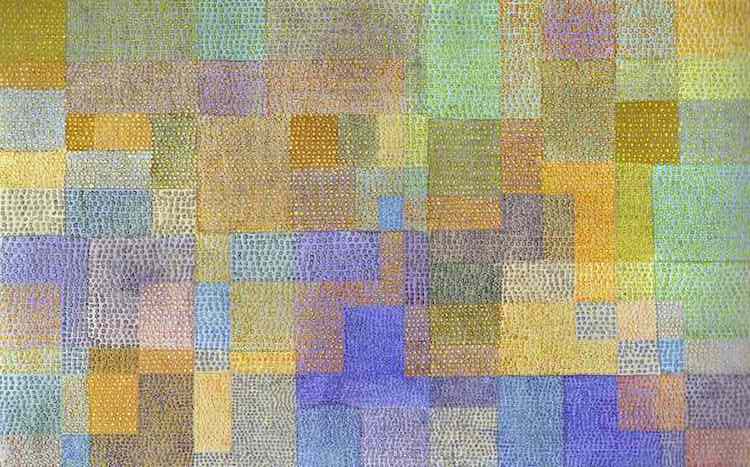 It's no secret that artists often look to other creative figures, styles, and movements for inspiration. In addition to fine art influences, however, many of art history's most prominent players also employed more personal muses. Much like Frida Kahlo‘s interest in her Mexican heritage and Salvador Dalí‘s dive into his subconscious, painter Paul Klee, for example, was influenced by his own musical background.

When paired with more art-geared influences, Klee's knowledge of music allowed him to develop a distinctive style unlike any other. Here, we explore the artist's life and one-of-a-kind work in order to illustrate his undeniable impact on modern art.

Who is Paul Klee? 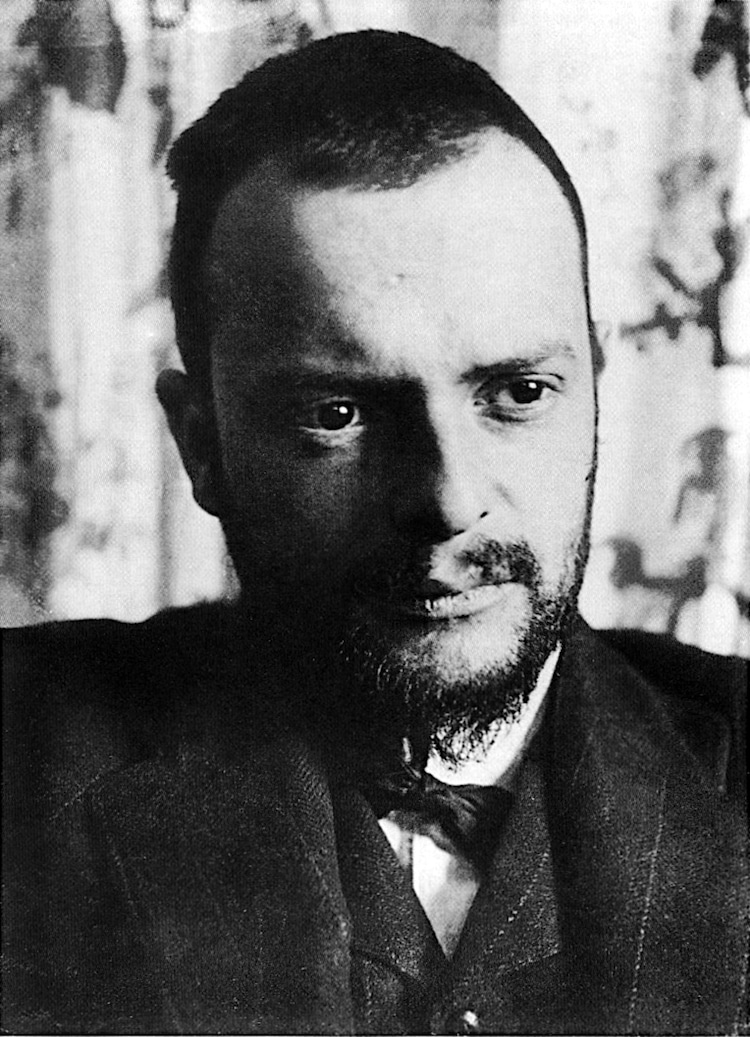 Paul Klee (1879-1940) was a Swiss-born artist. Involved with and influenced by several different movements—including Expressionism, Cubism, and Surrealism—Klee excelled in a range of genres, including drawing, printmaking, and, most famously, painting. Similarly, he inventively employed unexpected materials to produce mixed-media works, from canvas and cardboard to foil and fabric.

His avant-garde approach to art landed him a teaching job at the famous Bauhaus School. As he led bookbinding, stained glass, and mural painting workshops, it is during this 10-year teaching stint that he developed a signature painting technique. “He started every picture with an abstract mark—a square, a triangle, a circle, a line or a dot—and then allowed that motif to evolve or grow, almost like a living organism,” explains art historian Richard Dorment. 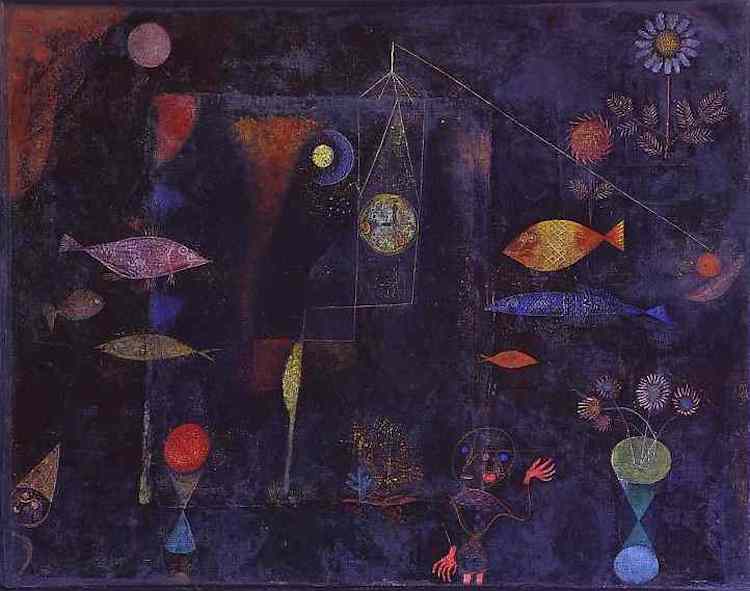 Dorment is not the only one who viewed Klee's paintings as sentient beings. In fact, Klee himself made the comparison. “Pictures have their skeleton, muscles, and skin like human beings,” he explained in 1908. “One may speak of the specific anatomy of the picture. A picture representing ‘a naked person' must not be created by the laws of human anatomy, but only by those of compositional anatomy.”

While Klee had an anatomical approach to composition, the content of his works was inspired by an entirely different discipline: music. 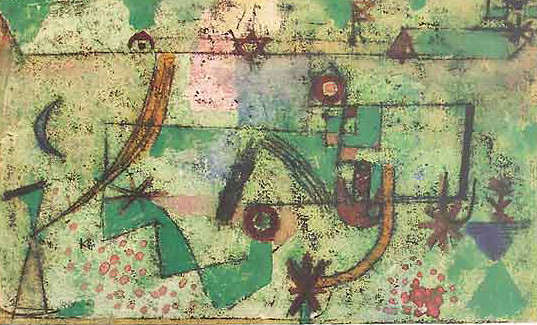 Like many famous fine artists, Klee was born into a creative family. Unlike most of his peers, however, Klee's parents were not experts in painting, drawing, or sculpting; instead, they were musically-inclined. Specifically, his father was a music teacher, while his mother was a singer.

Klee, at first, followed in his parents' footsteps. As a young child, he developed a taste for classical music, with works by composers like Johann Sebastian Bach and Wolfgang Amadeus Mozart among his favorite pieces. At the age of 7, he began playing the violin, culminating in a stint as a violinist for the Bern Symphony Orchestra while he was in his 20s.

Though on a promising path, Klee decided to forego a musical career and instead pursue art by the turn of the century—though music would remain an important muse for much of his career. In 1905, nearly a decade after changing career paths, he revealed: “More and more parallels between music and graphic art force themselves upon my consciousness.”

This enduring connection to his earliest craft manifests as paintings that directly reference music. In In the Style of Bach (1919), for example, Klee reimagines a musical score as an arrangement of graphic symbols like foliage, a crescent moon, and stars. In addition to deciphering the structural similarities between music and art, however, Klee discovered a more profound connection between the disciplines when he began to explore color theory. 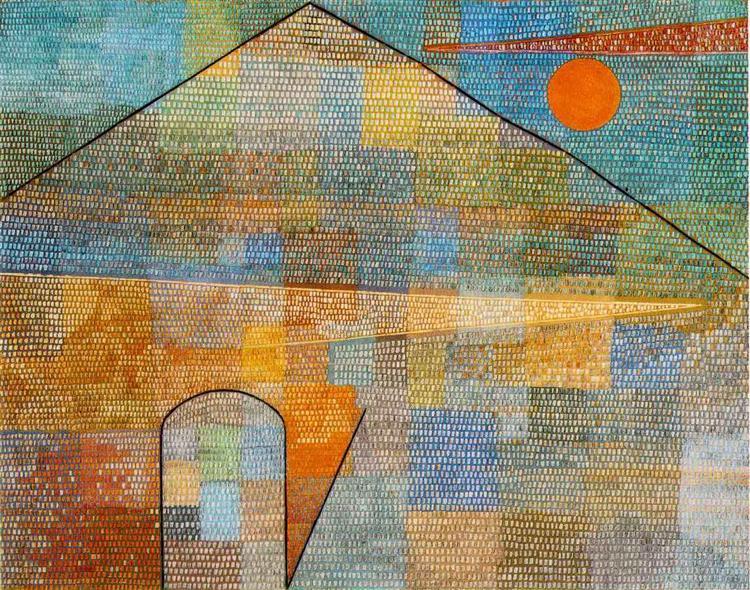 In 1914, Klee traveled to Tunisia. Inspired by the vibrancy of the sights that surrounded him, it is here that he made his biggest artistic breakthrough: an appreciation for color. “Color has taken possession of me; no longer do I have to chase after it, I know that it has hold of me forever,” he said. “Color and I are one. I am a painter.”

Inspired by this revelation, he obsessively studied and tinkered with color for several years. While employed by the Bauhaus, he “developed his own color theory based on a six-part rainbow shaped into a color wheel,” Bauhaus100 explains. “He placed the complementary colors in relation to movements that interact with one another, which shows this theory is based on dynamic transitions.”

It is when Klee mixed his unique approach to color with his musical background that he was able to establish a style that was entirely his own. Some of his works—like Polyphony (1932), a painting that explores musical texture through tonal blocks, and Harmony in Blue-Orange (1923), a piece that pairs complimentary colors as if they were music notes—directly allude to both elements. However, many of his most famous pieces—including Fish Magic (1925) and To the Parnassus (1932)—demonstrate his harmonious approach to color theory without specific references, proving his ability to “improvise freely on the keyboard of colors.” 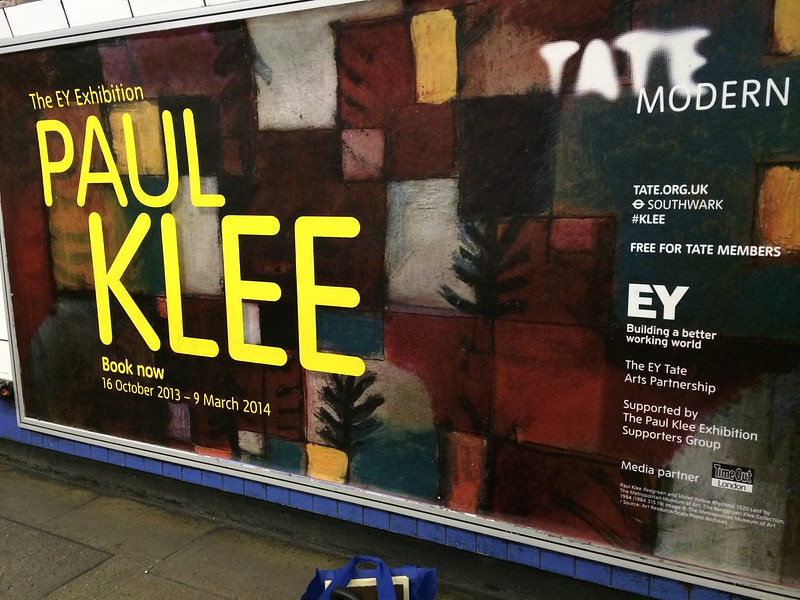 Today, Klee is known as a master of both modernist color and form. In recent years, his exceptional oeuvre has been the subject of much study, culminating in highly-anticipated exhibitions around the world. Notable retrospectives include Paul Klee. Irony at Work at Paris' Pompidou Center and Paul Klee — Making Visible at the Tate Modern in London.

In addition to museums, Klee's legacy can be found in the classroom. In the middle of the 20th century, his Bauhaus lectures were compiled into a two-volume tome and published as Writings on Form and Design Theory and, later, as The Paul Klee Notebooks. Likened to Leonardo's A Treatise on Painting and described by famed art historian Herbert Read as “the most complete presentation of the principles of design ever made by a modern artist,” The Paul Klee Notebooks remain a crucial resource for contemporary creatives—in the fine arts and beyond.

How the Pioneers of Pointillism Continue to Influence Artists Today