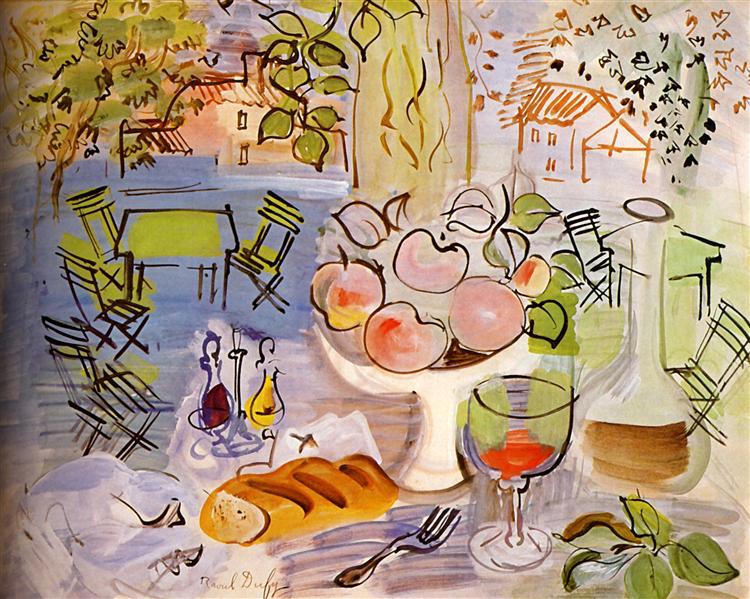 In the 1870s, forward-thinking artists in France set modern art into motion when they established Impressionism. By the turn of the 20th century, several modernist movements were in full-swing across the country, including Art Nouveau and Post-Impressionism. By 1905, Fauvism had also found its footing, putting color-minded artists like Raoul Dufy on the map.

While Dufy got his start as a watercolorist, his polychromatic practice evolved over his 50-year-career. Whether dabbling in design, exploring the decorative arts, or even experimenting with monumental mural-making, the French artist found inspiration in a subject close to his heart: the colorful joie de vivre of contemporary France. 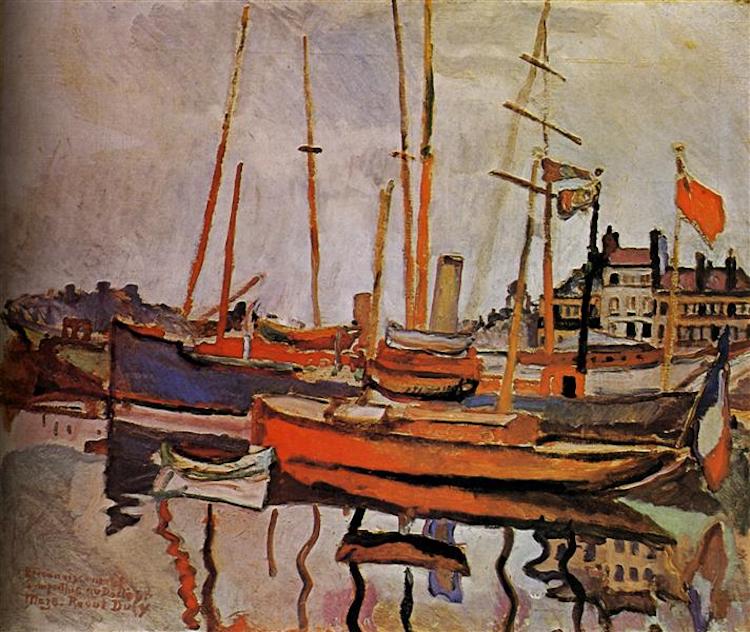 On June 3, 1877, Raoul Dufy was born in Le Havre, a port city in France. As a teenager, Dufy expressed an interest in art, prompting him to enroll in night classes taught by French artist Charles Lhuillier at Le Havre's École des Beaux-Arts (the “School of Fine Arts”) at 18 years old. Dufy looked up to Lhuillier, who himself had studied under celebrated Neoclassical portrait painter Jean-Auguste-Dominique Ingres, noting that he and his other pupils—including Claude Monet and Georges Braque—”had great respect for our master, mixed with admiration, because he was a real artist, a great classic designer”

During his time at the École des Beaux-Arts, Dufy was mostly inspired by Impressionism, a movement that forewent realism for fleeting impressions of everyday life. Thus, he worked mostly in watercolor and looked to local Norman land and seascapes for inspiration. “Unhappy the man who lives far from the sea,” he said. “The painter needs constantly to have before his eyes a certain type of light, a glittering quality, an aerial caress that bathes what he sees.” 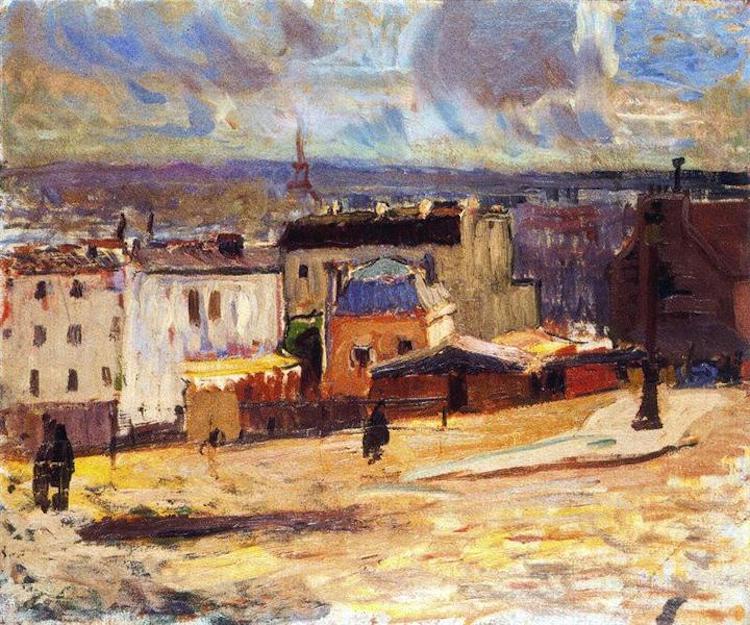 Dufy moved inland, however, when he was granted a scholarship to study under Léon Bonnat at Paris' École nationale supérieure des Beaux-Arts (the “National School of Fine Arts”) in 1900. Launching his career in the French capital proved successful. The following year, his work was included in the Exhibition of French Artists; in 1902, it was shown at avant-garde art dealer Berthe Weill's gallery; and, in 1903, it was featured at the Salon des Indépendants (“Salon of Independents”), a radical annual exhibition founded by Paul Cézanne, Paul Gauguin, Henri de Toulouse-Lautrec, and other modern masters.

Given his proximity to Paris' top turn-of-the-century artists, it is no wonder that, in 1905, Dufy decided to focus his efforts toward an exciting new French movement: Fauvism. 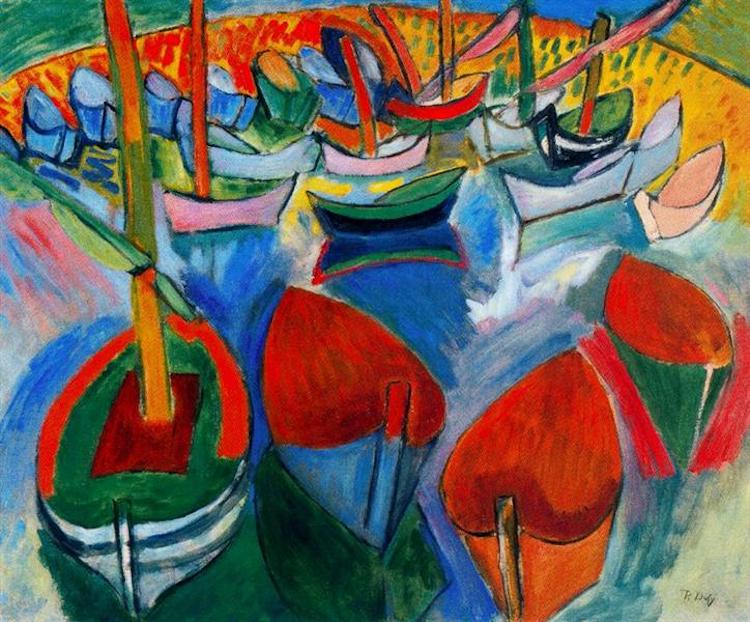 Fauvism was co-founded by French artists André Derain and Henri Matisse. Inspired by Matisse's Luxe, Calme et Volupté, Dufy decided to join Les Fauves, adopting the movement's distinctive characteristics: painterly brushstrokes, simplified forms, and a preference for bright and bold pigments—namely, the color blue. “Blue is the only color which maintains its own character. In all its tones it will always stay blue,” Dufy said. “Whereas yellow is blackened in its shades, and fades away when lightened; red when darkened becomes brown, and diluted with white is no longer red, but another color—pink.” 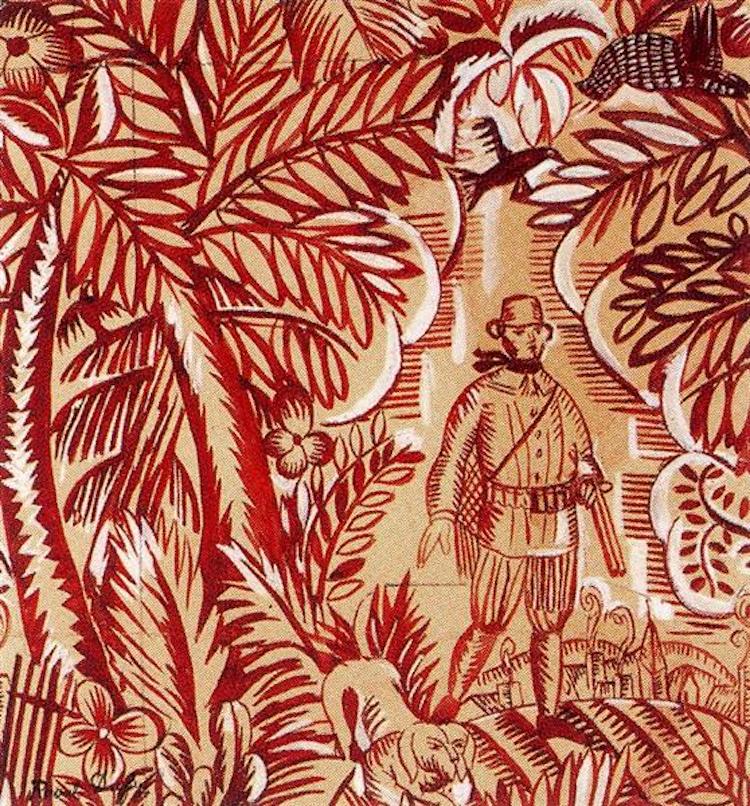 From 1905, Dufy covered his canvases in planes of blue oil paint. Accented by bright blocks of sunny yellows, deep reds, and verdant greens, these azure tones colored scenes of 20th-century France, set against the shimmering Mediterranean Sea, the clear skies above Paris, and everything in between. His polychromatic paintings also caught the eye of French fashion designer Paul Poiret, who commissioned him to design bright stationery and bold textile patterns. In any case, like his fellow Fauvists, Dufy employed color as a means of self-expression. “What I wish to show when I paint is the way I see things with my eyes and in my heart,” he said.

In 1910, Dufy adopted a more muted color palette inspired by the Post-Impressionist paintings of Paul Cézanne. By the end of the decade, however, he found his way back to Fauvism—and developed his characteristic, career-defining style. 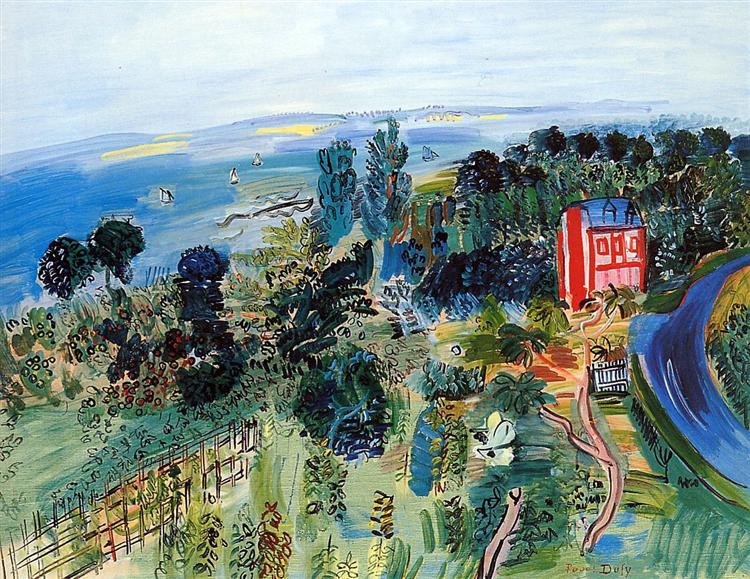 From 1920, Dufy's paintings became more colorful than ever before. Like his earlier Fauvist pieces, paintings from this period share illustrative snapshots of life and leisure in 20th-century France. What sets his later paintings of energetic horse races, breezy harbors, and sunlit studios apart from earlier editions, however, is the artist's treatment of paint. Rendered in thin washes of vivid watercolors and oils, these whimsical pieces are both highly decorative and refreshingly modern—a pairing that lent itself to a range of art forms.

Dufy dabbled in different materials for the remainder of his career. This eclectic approach culminated in a body of work comprising fanciful ceramics, bold woodcuts, stylish set designs, eye-catching tapestries, and even monumental murals, like the 6,500-square-foot fresco, La Fée Électricité. He also continued honing his textile talents, adding a 16-year stint with Lyon-based silk manufacturer Bianchini-Férier to his repertoire. 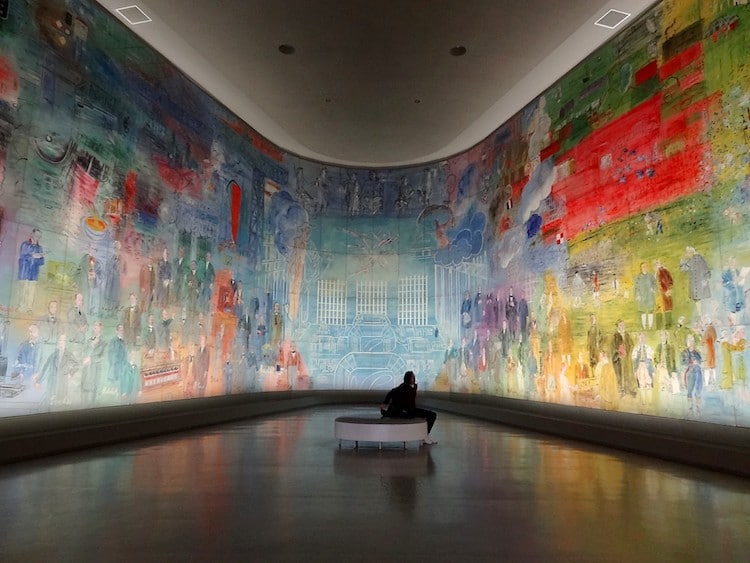 Unfortunately, by 1950, rheumatoid arthritis made painting difficult for Dufy, and—while an experimental treatment resurrected his artistic abilities for a few years (he won the International Grand Prize for Painting at the 26th Venice Biennale in 1952)—he died in 1953.

Now, nearly 70 years after his death, Dufy remains a celebrated modern artist. Though his Fauvist paintings often take enter stage, his textile designs have also found a place in the spotlight, thanks to recent exhibitions like Poiret: King of Fashion (2007) at New York City's Metropolitan Museum of Art and Raoul Dufy: Paintings and Textile Designs (2019) at the Panasonic Shiodome Museum of Art in Tokyo.