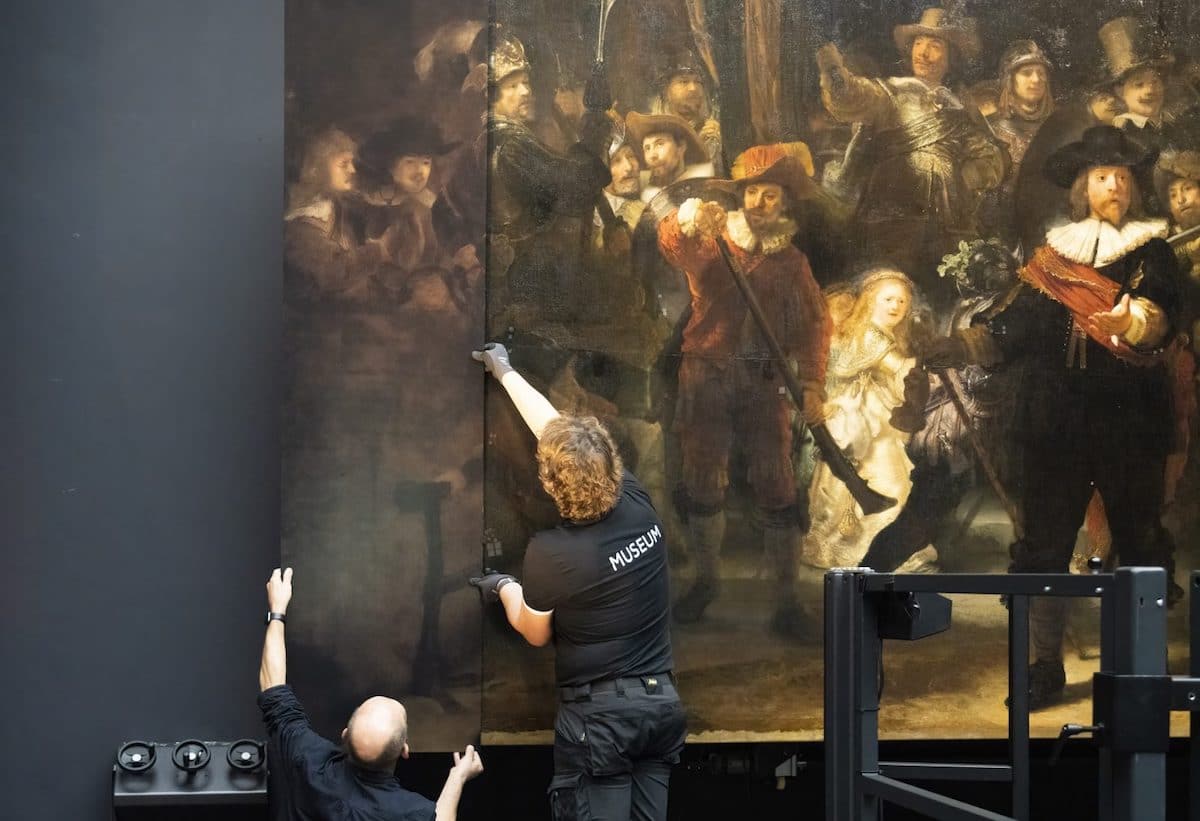 Dutch artist Rembrandt van Rijn is famous for his extensive oeuvre of art, which includes sketches, prints, and paintings. Among the many masterpieces within his portfolio is a particularly ambitious piece that has impressed audiences with its scale and detail centuries after the painter's death—The Night Watch (1642). This lifesize group portrait is one of the most influential pieces from the Dutch Golden Age and, since 2019, has been the subject of an extensive restoration by the Rijksmuseum called Project Night Watch.

Last year, Project Night Watch released an extremely detailed—and completely free-to-download —44.8 gigapixel image of Rembrandt's masterpiece. Recently, the museum unveiled another incredible feat. By combining art with artificial intelligence, the team was able to add missing pieces to the original painting. “In 1715, the monumental canvas was cut down on all four sides to fit onto a wall between two doors in Amsterdam’s Town Hall,” writes Nina Siegal. “The snipped pieces were lost. Since the 19th century, the trimmed painting has been housed in the Rijksmuseum, where it is displayed as the museum’s centerpiece, at the focal point of its Gallery of Honor.”

This success of completing The Night Watch to its original form depended on a 17th-century copy of the painting that was made by Dutch artist Gerrit Lundens prior to the trimming. With this record of what The Night Watch used to look like, the museum's scientists were able to train artificial intelligence to recreate the missing portions in Rembrandt's unique style of painting. This process required a long period of tinkering with the neural network's precision. Eventually, the Rijsmuseum's senior scientist, Rob Erdmann, was able to successfully calibrate the AI technology to print a believable replica of Rembrandt's handiwork onto canvas.

The AI's printed panels will be displayed beside Rembrandt's painting until the end of September 2021, and then they will be removed to honor the original work.

Scientists at the Rijksmuseum in Amsterdam used artificial intelligence to complete the lost pieces of Rembrandt's painting, The Night Watch. 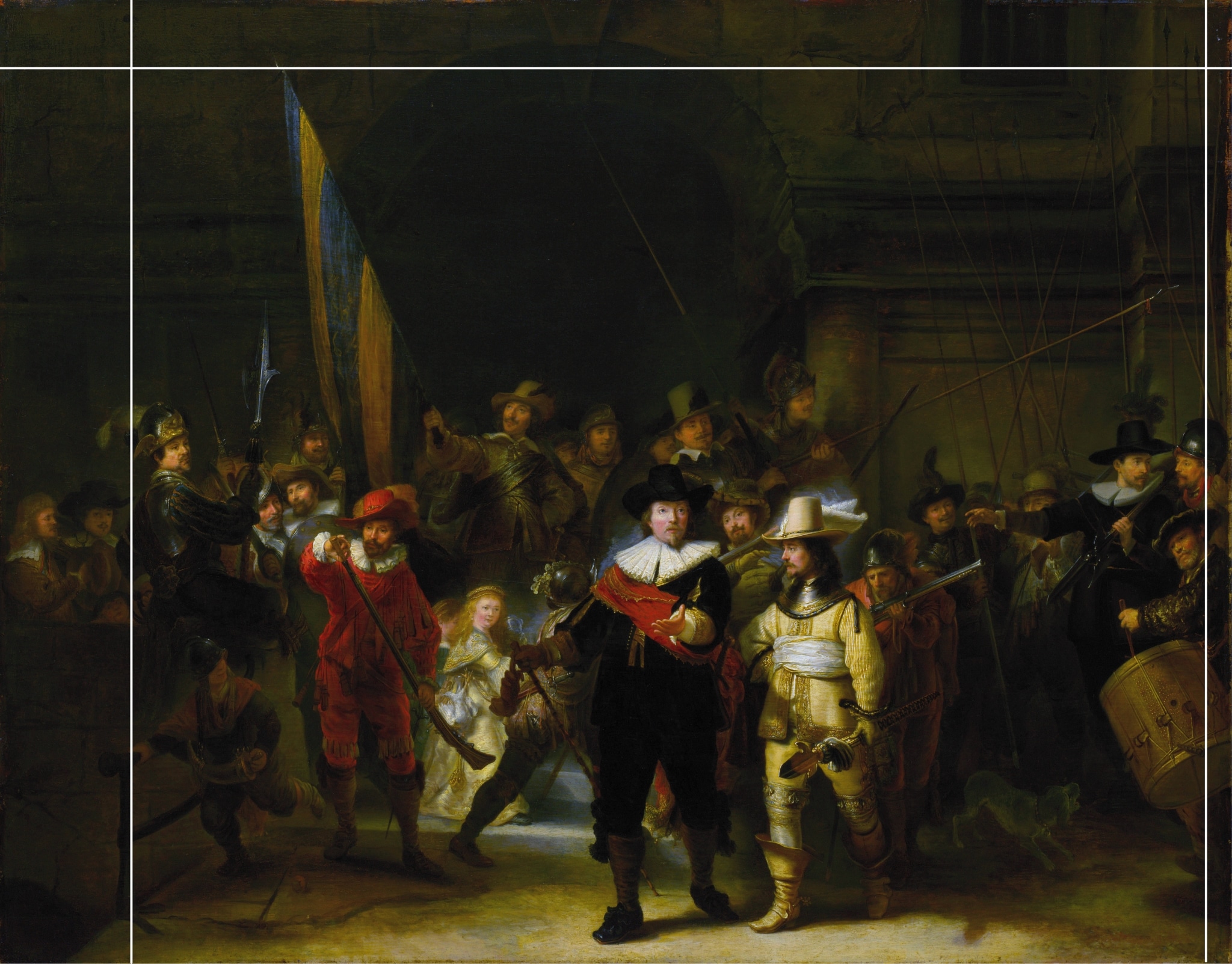 17th-century copy of Rembrandt’s ’The Night Watch' by Dutch painter Gerrit Lundens with lines added indicating the areas cut down from the original painting in 1715. (Photo: Public domain, via Wikimedia Commons.)

All images via Rijksmuseum except where noted.