Visitors to the One World Trade Center can now watch the evolution of New York City unfold before their eyes. The elevators to the observatory at the top of the building show an animated timelapse depicting the development of the city's skyline from the 1500s to today, as is seen in this video by the New York Times.

As the sky pod ascends to the 102nd floor, visitors watch the skyline transform from flat, marshy ground to the familiar modern cityscape of the present, with decades zooming past in seconds. The amazing timelapse is a terrific precursor to the experience awaiting visitors at the observatory, from which they can gaze at the iconic skyscrapers dotting the metropolis today while remembering how much has changed in history. 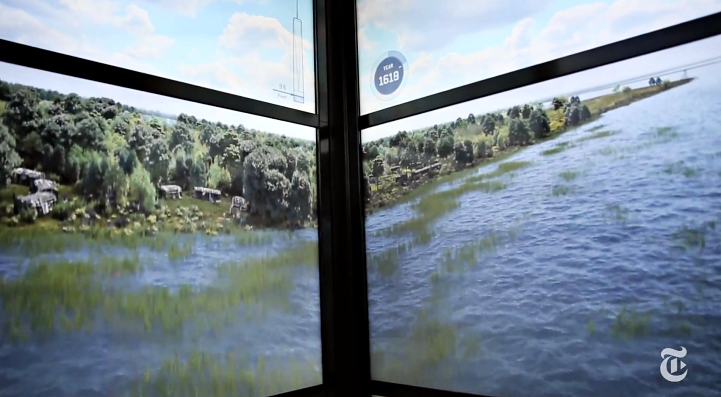 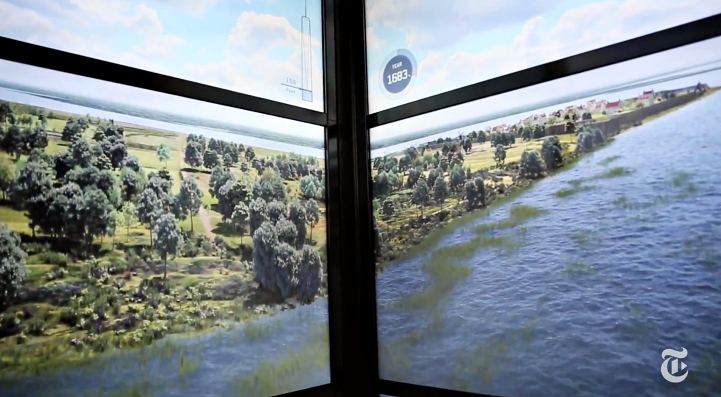 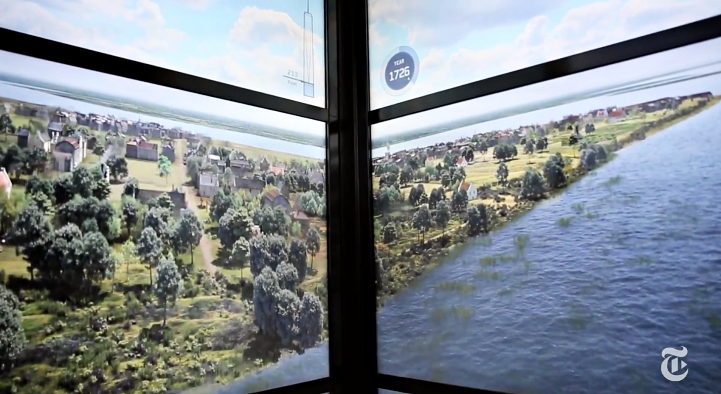 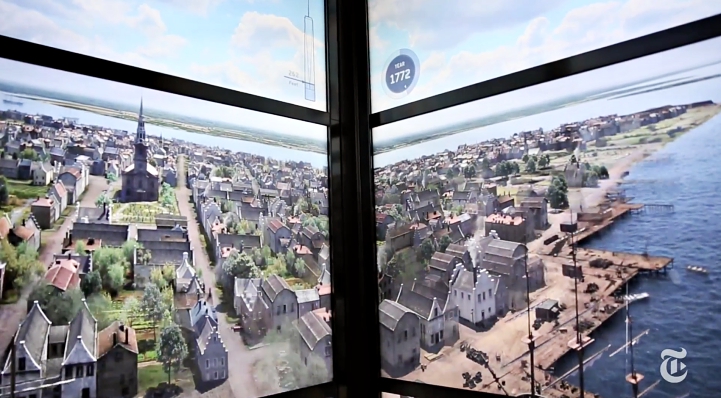 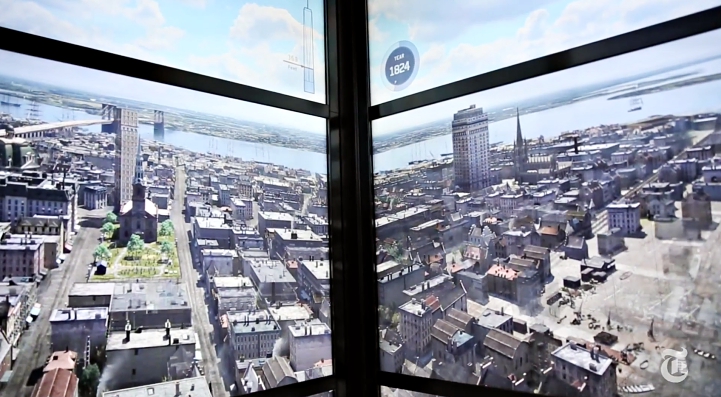 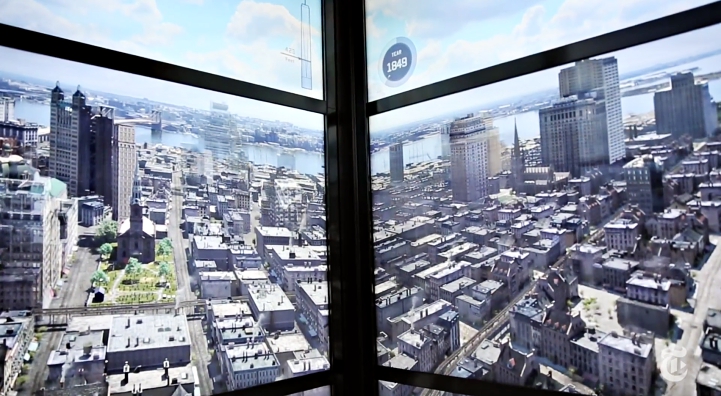 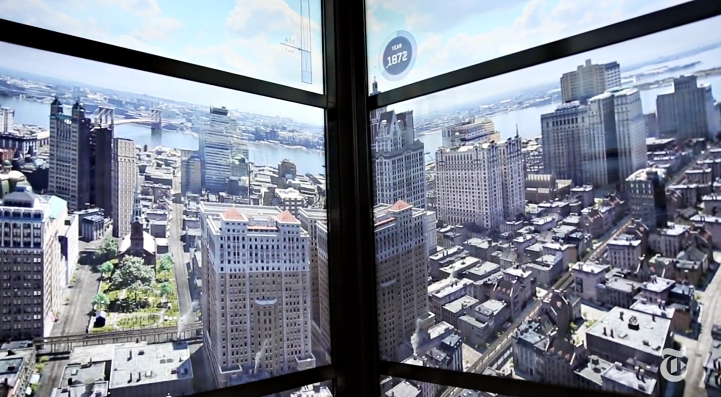 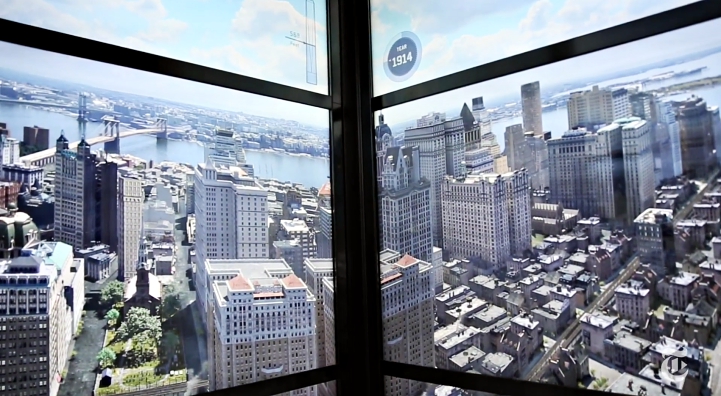 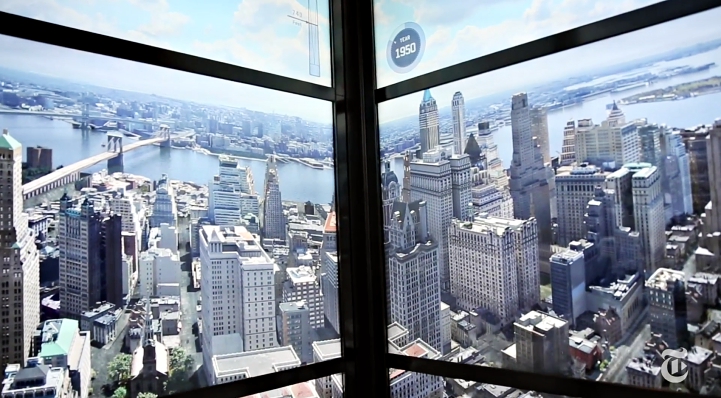 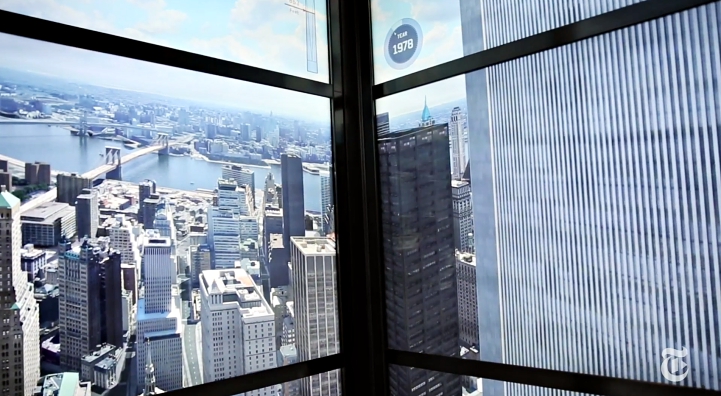 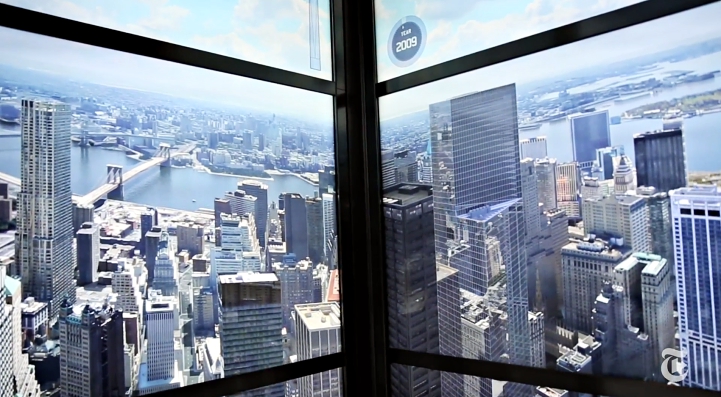