Heartwarming Photo of Newborn Surrounded by 1,616 IVF Needles That Led to Her Birth 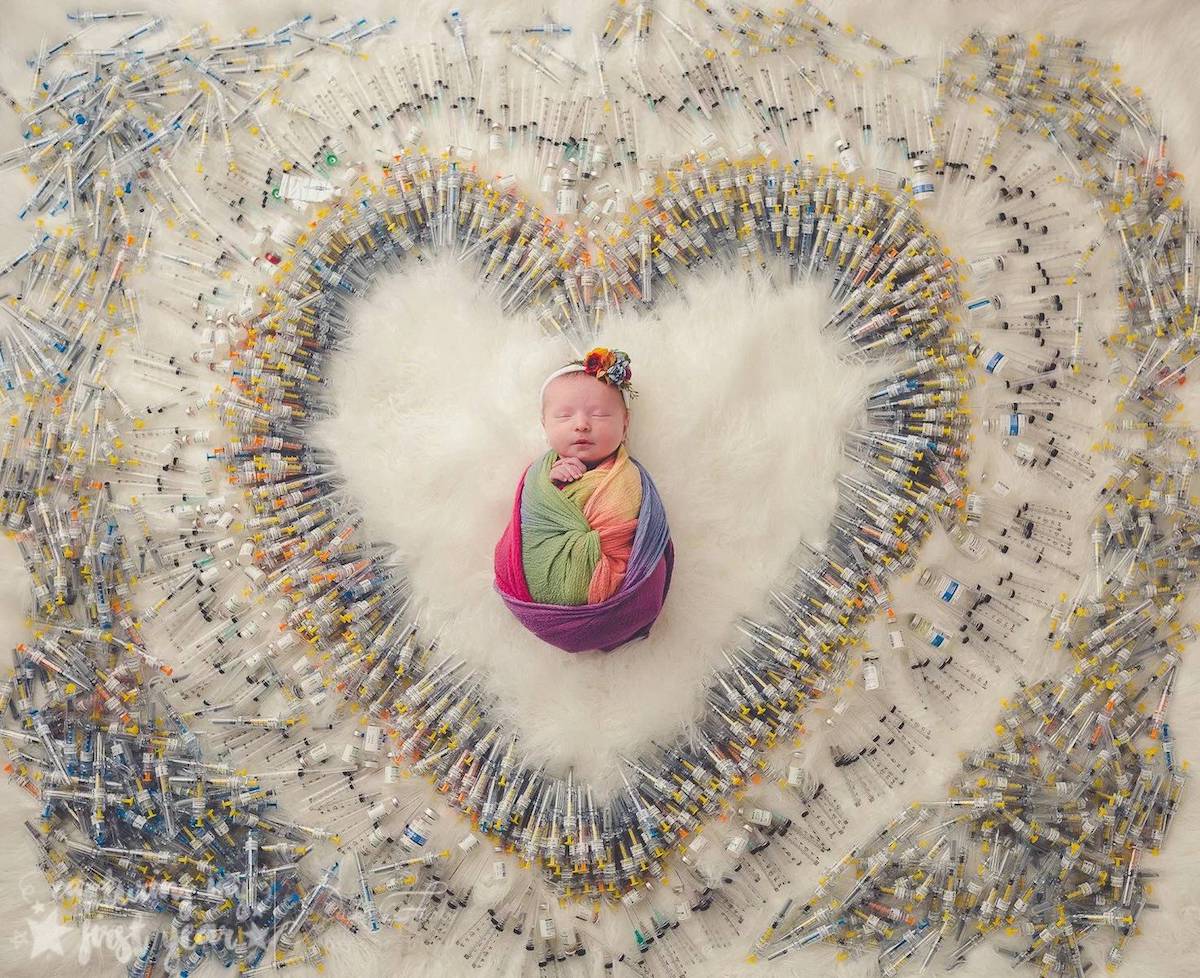 Photographer Samantha Packer of Packer Family Photography created a powerful and poignant portrait of a newborn baby that simultaneously depicts the joys and struggles that come with having a child. The sleeping girl is pictured tightly swaddled in a colorful wrap surrounded by an unconventional composition. Around her are 1,616 syringes that her parents used to conceive her.

It took Patricia and Kimberly O’Neill over four years of trying to conceive. This included seven attempts at IVF, three miscarriages, and 1,616 injections. On August 3, 2018, they finally welcomed their daughter London. Once she arrived, the overjoyed parents, inspired by other newborn portraits, approached their photographer with an idea. They wanted to include all of the needles they used during this time, to show the love and dedication that it took to bring London into the world.

Packer spent over an hour arranging the needles into two heart shapes. The outer layer of syringes is from Patricia’s IVF treatments while the inner layer is what she used for twice-daily blood thinning procedures. They are coupled with London in the center, who dons a rainbow-colored wrap to represent that she is the O’Neill’s rainbow baby.

“I knew it [the photo] was special when I took it because we were all tearing up,” Packer recalls. “I didn’t, however, realize how strongly it would resonate with others.” Since Packer posted it on her Facebook page, the image has gone viral, and it’s seen as offering support for those struggling with infertility. Patricia also extends words of encouragement. “I hope that there’s a couple out there that’s going through what we are that can see that there’s hope at the end of the tunnel,” Patricia said. “There’s a light and you just have to get there.”

My Modern Met granted permission to use photo by Samantha Packer.