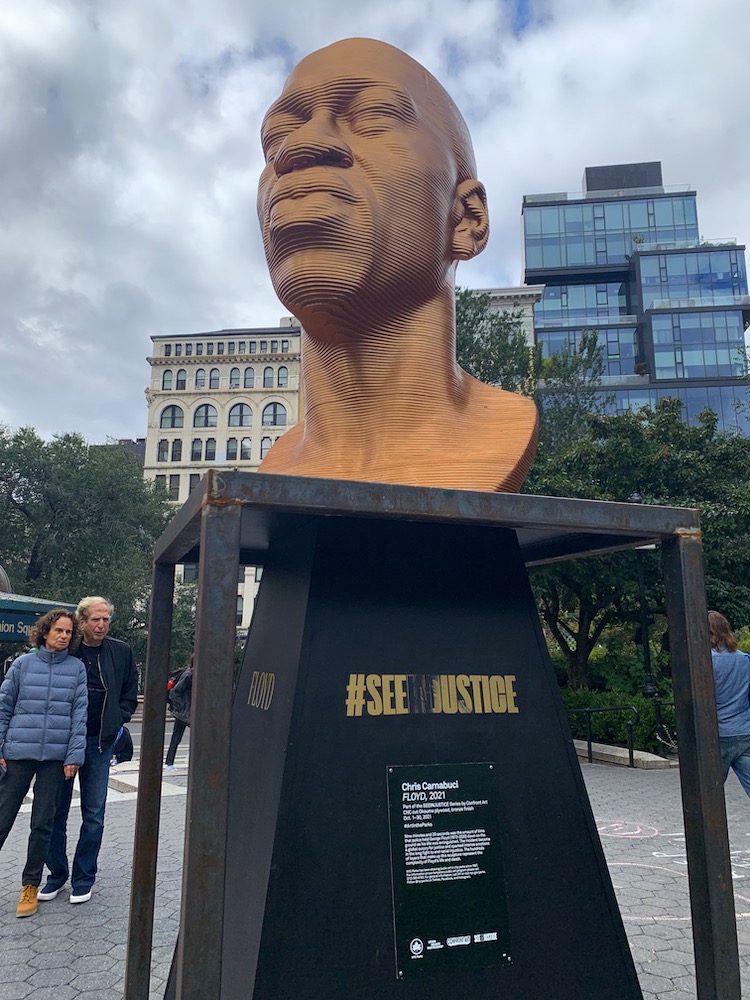 On October 1, three new statues went up in New York City’s Union Square. The three busts, each crafted from 200 layers of thinly-sliced African Mahogany wood and coated in shimmering bronze, bear the likenesses of Breonna Taylor, George Floyd, and John Lewis. Part of a public art installation called SEEINJUSTICE, the 10-foot-tall statues were crafted by artist Chris Carnabuci in collaboration with Confront Art and its charity partner We Are Floyd Inc. This exhibition marks the organization’s first installation, a public art project that seeks to “[bridge] monuments with a movement.”

Taylor and Floyd were both victims of police brutality during the spring and summer of 2020, a trying time in America for a number of reasons. A statesman and civil rights activist, Lewis was best known for his pivotal role in leading the 1965 march from Selma to Montgomery, Alabama on what later became known as Bloody Sunday. His death in July 2020, after a lengthy battle with pancreatic cancer, occurred during a time marked by much civil unrest in response to the injustices inflicted upon Taylor, Floyd, and their grieving families. Born out of this climate of turmoil and grief, SEEINJUSTICE seeks to encourage a message of unity and set a stage for conversation. 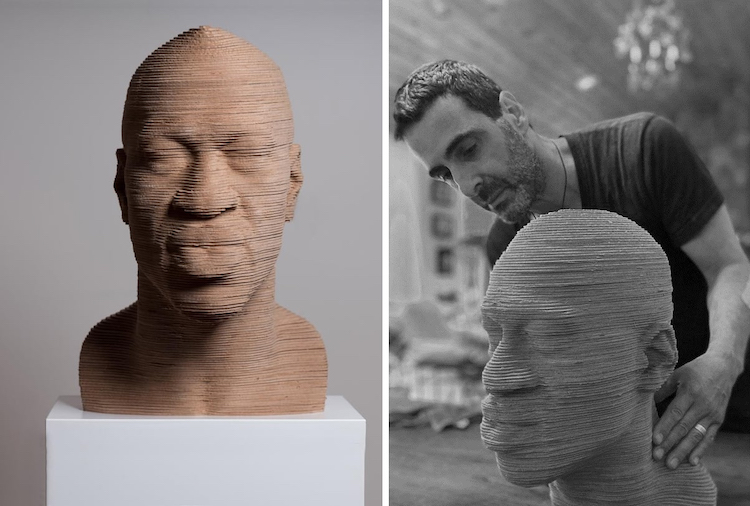 “SEEINJUSTICE was truly a collaborative project from its conception to what you see today,” Confront Art Co-founder Lindsay Eshelman tells My Modern Met. “The artist, Chris Carnbuci, created 40-inch sculptures during the summer of 2020. This was his own artistic response to what was happening in the social climate of a summer of COVID lockdown combined with protest. It wasn’t until I had a chance meeting in April of 2021 with Terrence Floyd, brother of George, that our vision exploded into something much more grand.”

Terrence was moved by the statues and also grateful for being allowed to have a say in the project. “There have been countless works of art sold and profited off of using George’s image that the family has had no say in,” Eshelman explains. Thus, Confront Art moved forward in partnership with We Are Floyd to mobilize the project and make it as visible and as moving as they could. George Floyd’s statue, titled FLOYD, was previewed first in Flatbush, where it was vandalized by a known white supremacy group only four days after its installation. Inspired rather than discouraged by the incident, they decided to move the exhibition forward on a larger scale in Union Square.

“This project is truly a collaboration between art and activism,” adds Eshelman. “We stand by the power of public art. Taking pieces out of museums and into the streets takes away any pretension hidden behind ropes and marble floors. Our project allows anyone from anywhere the chance to experience, up close and personal, a truly stunning sculpture series with a powerful message, which is that monuments can go beyond the physical and push forward a movement, inspired and united.

“The beauty is that we didn’t know how people would embrace them as their own interpretation. Some people are treating it as a memorial and laying flowers, others are coming and dancing or speaking in front of them to create a beautiful backdrop, others are just creating a dialog with their neighbors. Seeing people create what it means for them has been the most rewarding thing to us as producers.”

The statues of Floyd, Lewis, and Taylor will remain on view in Union Square through October 30. From there, the exhibition will travel to other cities across the country. After the tour has finished, the busts will be auctioned off and the proceeds divided among charities linked to each individual. For more information, visit Confront Art’s website, and follow them on Instagram to keep up with the latest. 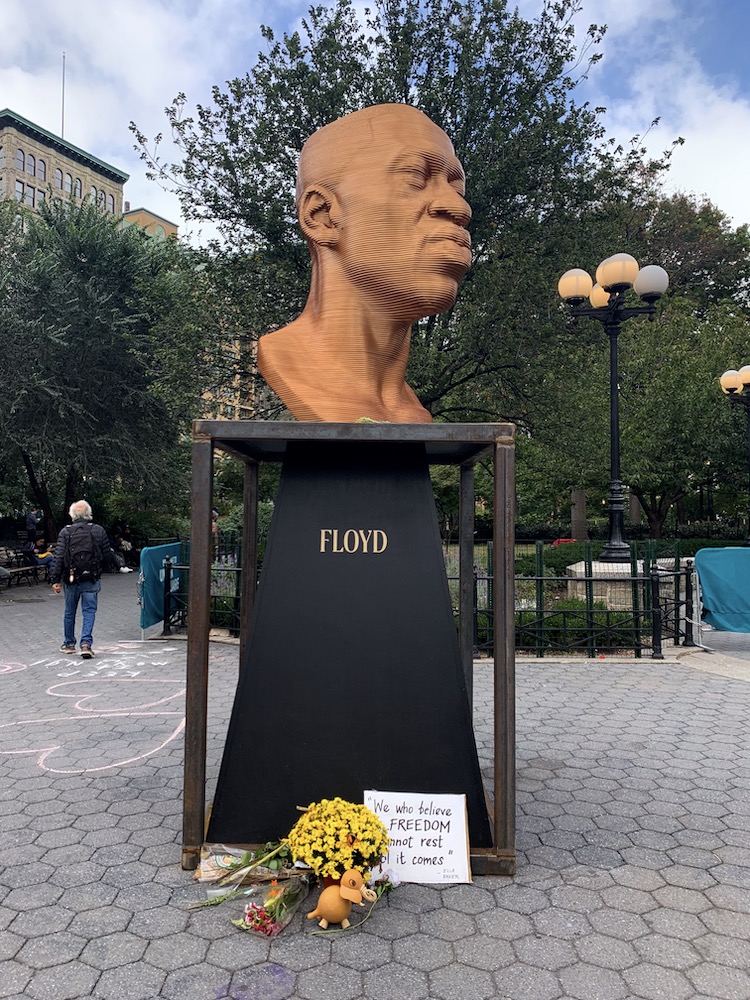 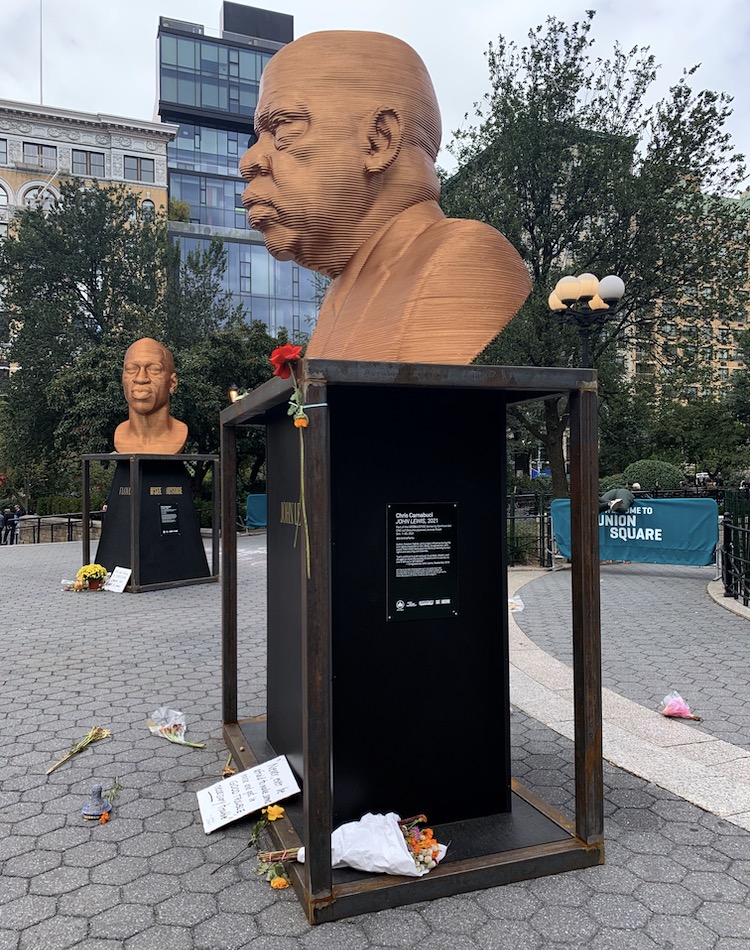 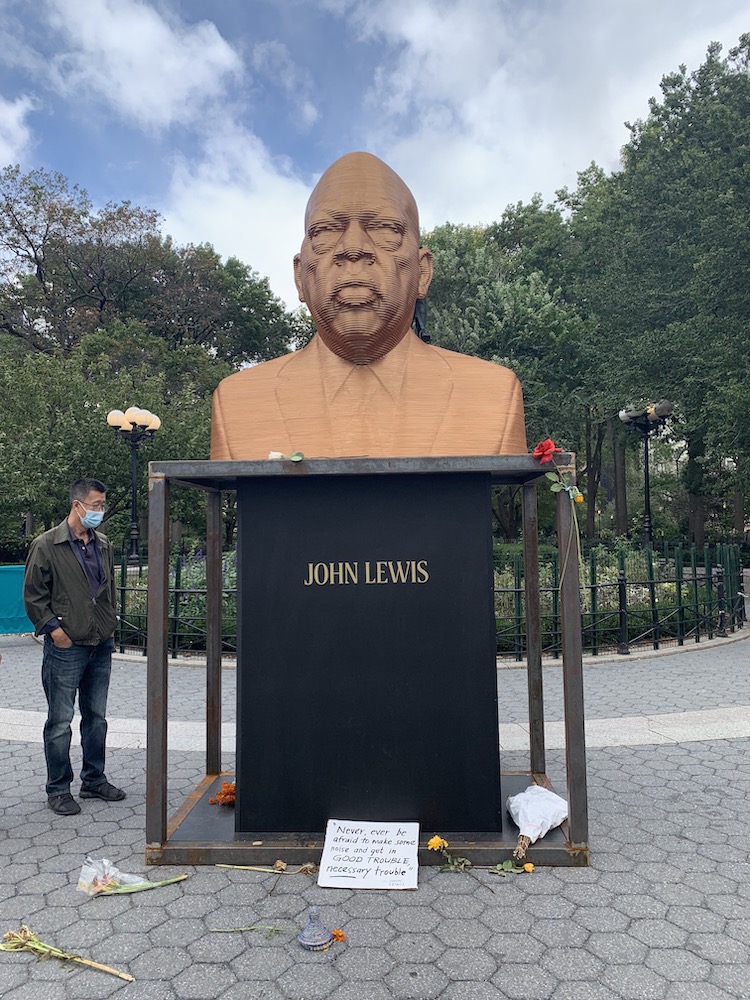 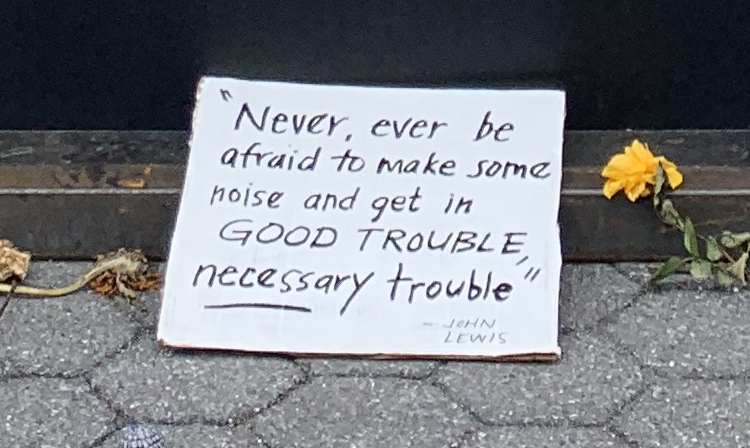 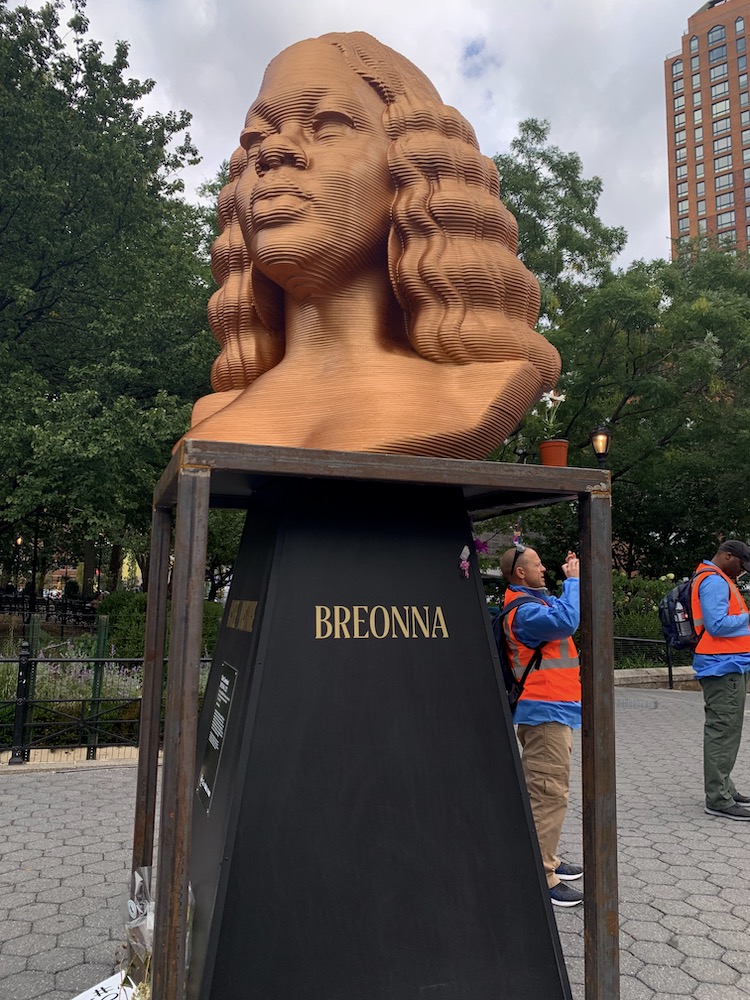 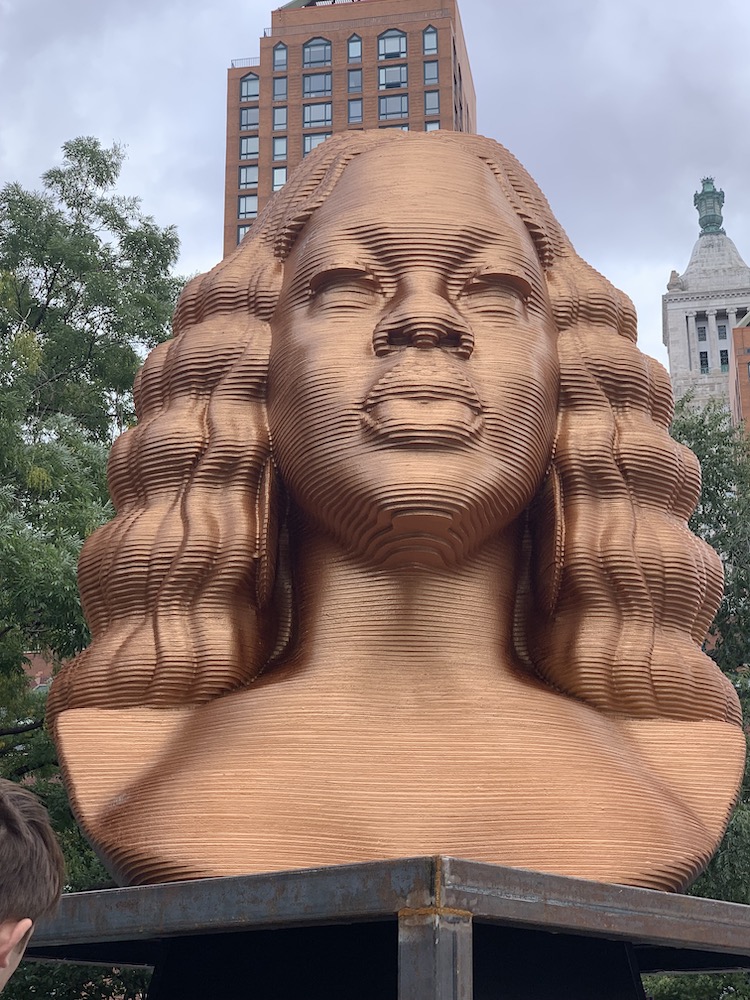 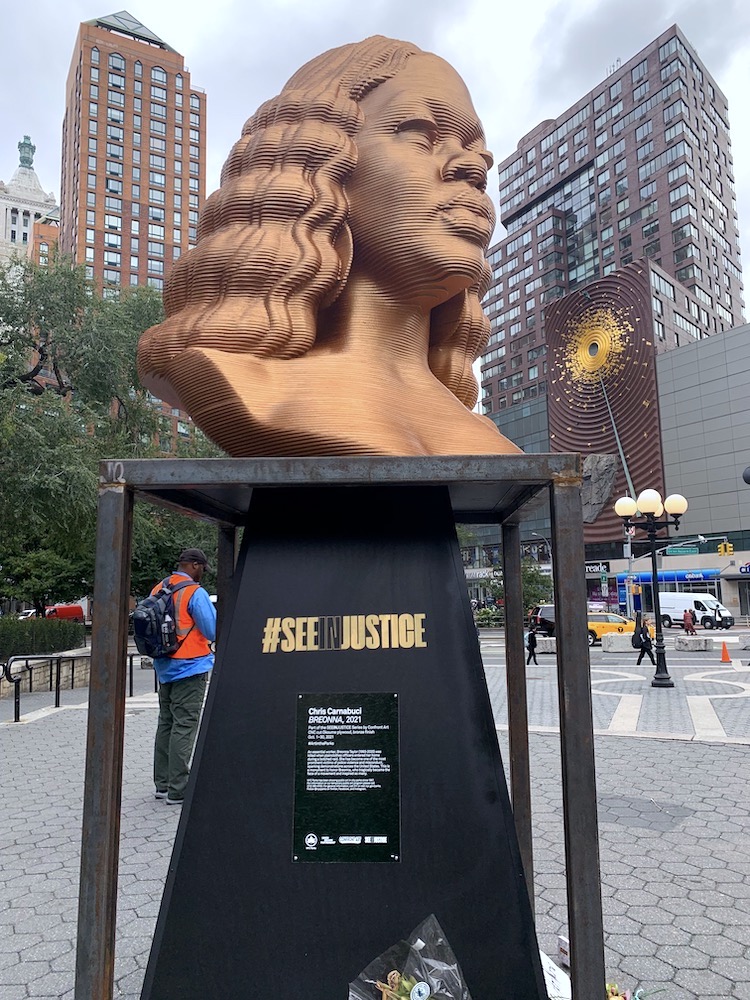