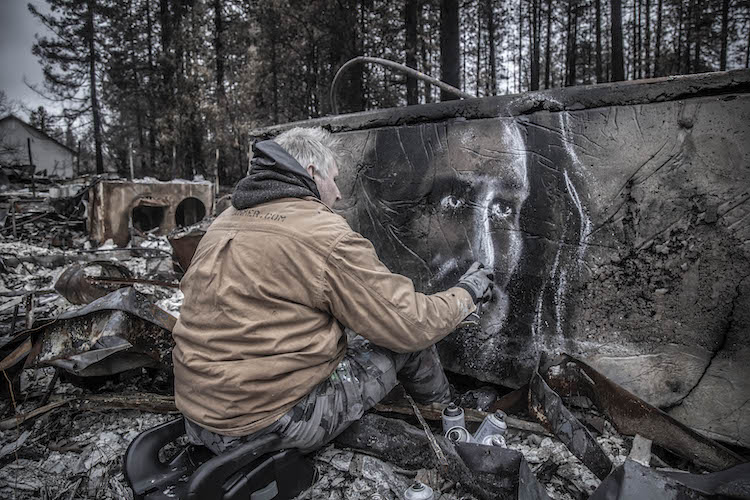 In November 2018, California experienced devastating fires that roared through parts of the state. The city of Paradise was one of the most affected by the massive Camp Fire, and residents are still picking up the pieces of its destruction. Artist Shane Grammer, who once hailed from nearby Chico, is using his creative abilities to find beauty among the ashes. On December 31, he began painting murals on parts of the Paradise community ravaged by flames. “[I wanted to] paint something that brought hope in the middle of complete destruction,” Grammer wrote on Instagram.

The artist’s initial mural was a portrait of a woman painted on a friend’s chimney. The piece went viral, and Grammer—who is a Disney artist now living in Los Angeles—knew that more mural art was in order. “I’ve always had this deep heart to bring hope and joy through my art with deep and destructive issues,” he explained to news channel KRCR. “When the first mural on Clark Road moved so many people in this community emotionally I knew I had to come back up.”

Since the chimney painting, Grammer has expanded his murals to cars, brick walls, and other charred structures. Sometimes he knows the people who own the property and sometimes he doesn't—but he always gets prior permission and uses it as an opportunity to learn more about the people living in Paradise.

One of the most striking murals features a young girl named Eleanor who is the daughter of Greg Weddig, Grammer’s friend. The monochromatic image features the girl as she looks up towards and the entry of their former home. “[Eleanor] would spend hours outside playing at that corner where that tree was,” Weddig recalled. His daughter hasn’t returned to Paradise since the fire but the mural might encourage her to visit.

Needless to say, this act of service is fulfilling for Grammer. “I’m happy to be a small part of bringing hope and joy to this community and to these people who have gone through so much.”

Mural artist Shane Grammer finds beauty among the ashes in Paradise, California—a community devastated by the Camp Fire in November 2018. 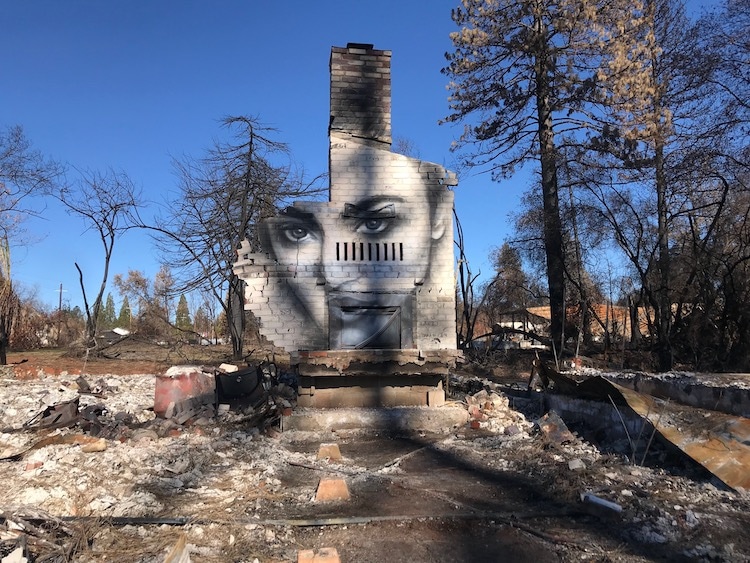 Using spray paint, the Disney artist creates portraits on structures that were ravaged by fire. 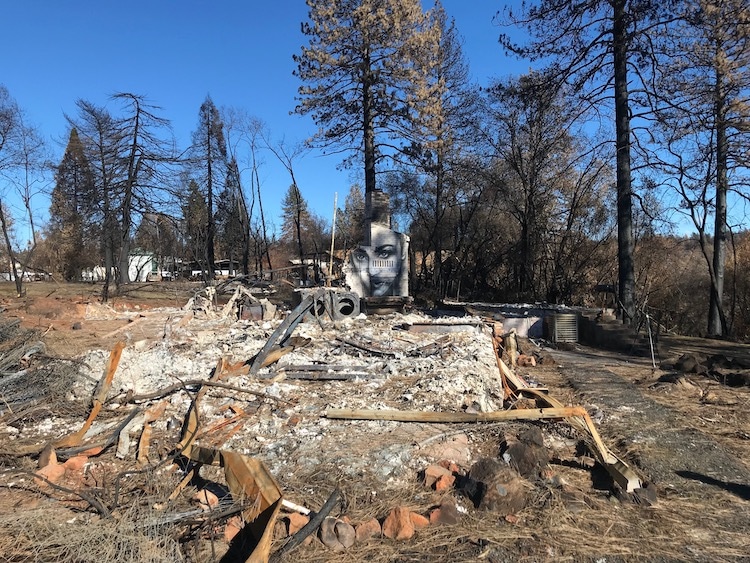 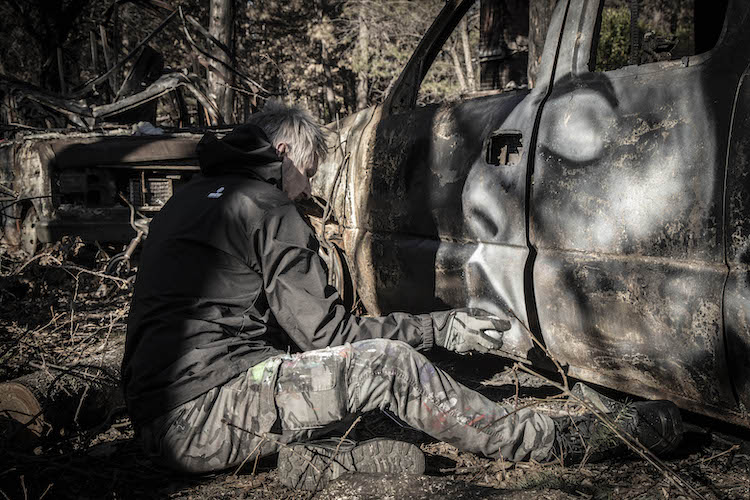 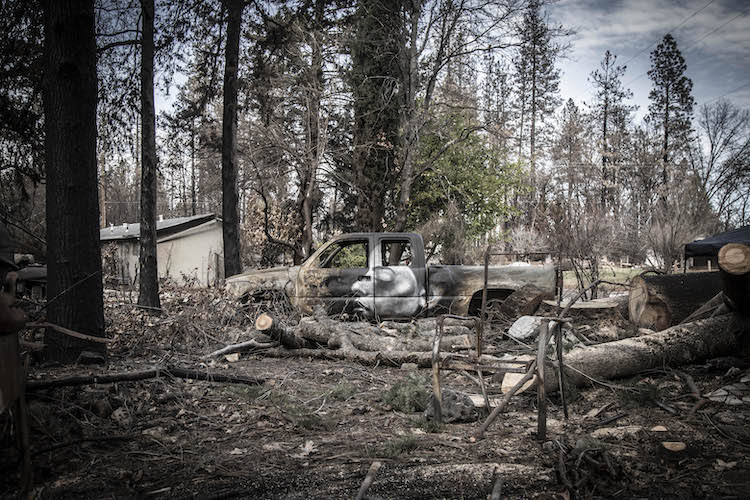 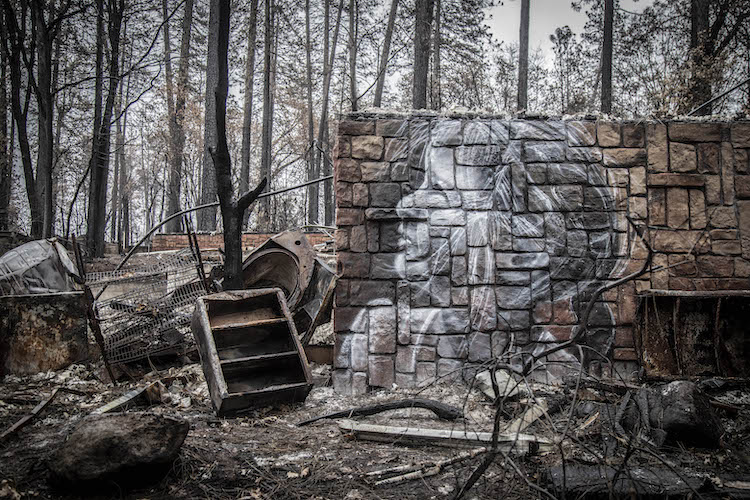 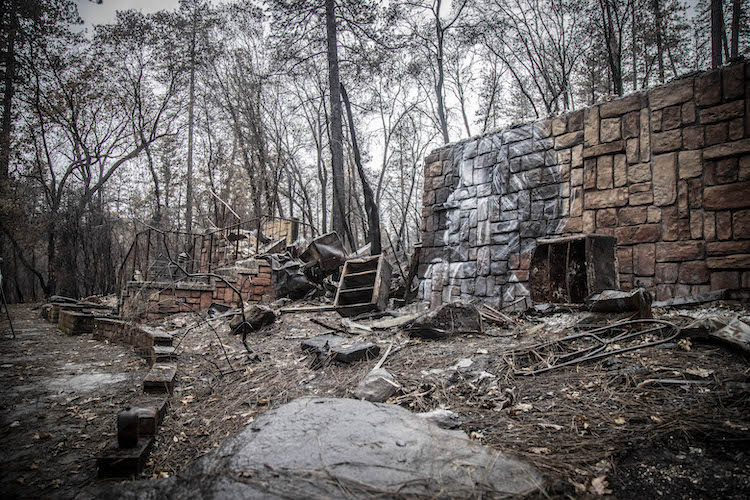 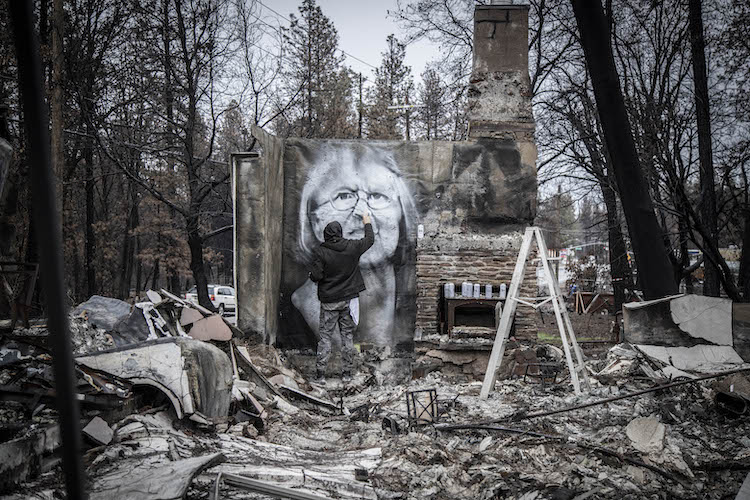 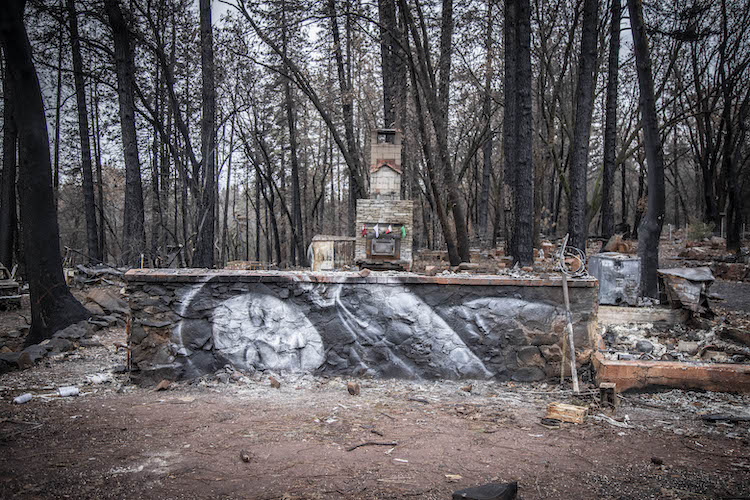 My Modern Met granted permission to use photos by Shane Grammer.