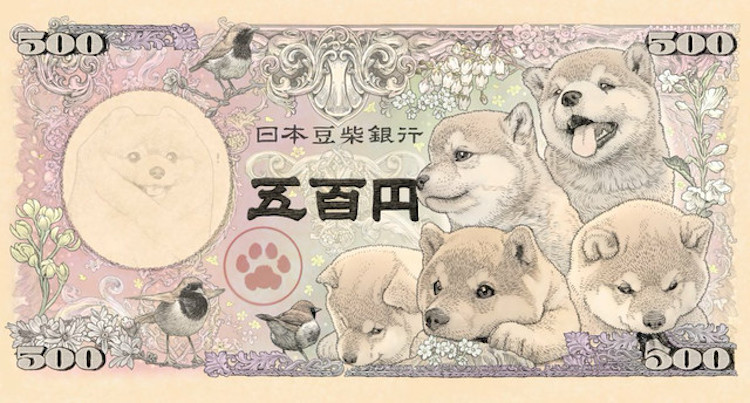 Earlier this year, the Ministry of Finance in Japan revealed new designs for the Japanese yen banknotes. Due to roll out in 2024, the new designs include an illustration of Mount Fuji, as well as Hokusai’s iconic woodblock print, The Great Wave. Inspired by the creative currency, Japanese illustrator and manga artist Ponkichi decided to design his own bank notes, featuring none other than one of Japan’s most treasured dog breeds—the Shiba Inu.

Featuring a proudly-posed pup, decorative swirls, and a paw print watermark, Ponkichi’s 1,000 yen (US$9.31) note was so popular that the artist decided to extend the series with a 500 yen note. His second design pays tribute to the smaller Mame Shiba Inu breed, and features an adorable group of 5 puppies. Although Japan doesn’t actually have a 500-yen note, we’re sure the nation would happily swap out their coins for this cute currency.

Unfortunately Ponkichi’s illustrations won’t be made into real banknotes, but you can buy the designs printed on a range of merchandise, including memo pads, phone cases, and even towels via FurBaby.

Update: These realistic Shiba Inu banknotes are now available to purchase as memo pads on Amazon and eBay.

Japanese illustrator Ponkichi decided to design his own bank notes, featuring one of Japan’s most treasured dog breeds—the Shiba Inu. 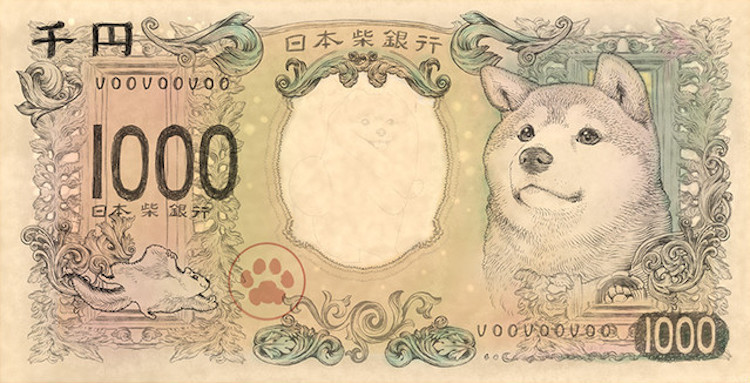 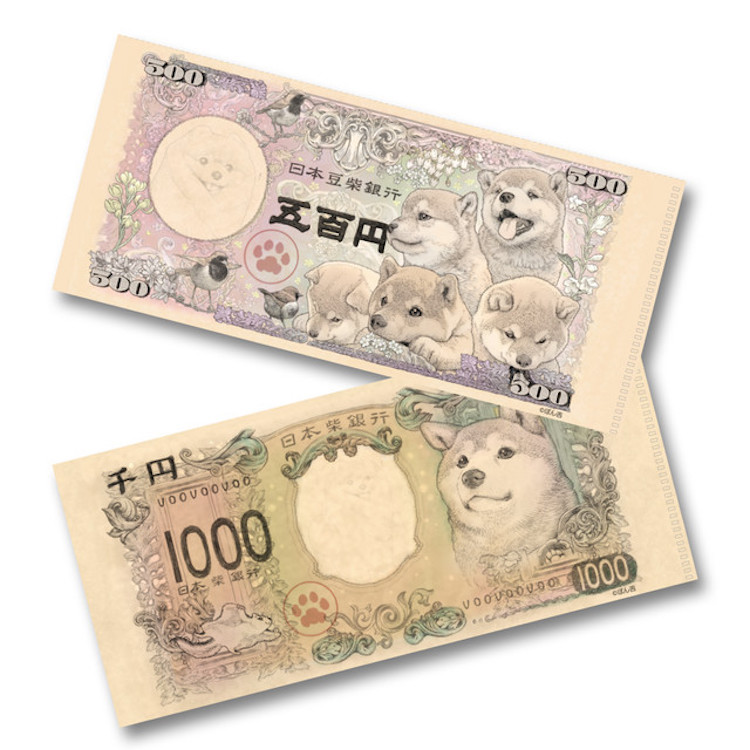 Unfortunately Ponkichi’s illustrations won’t be made into real banknotes, but you can buy the designs printed on a range of merchandise. 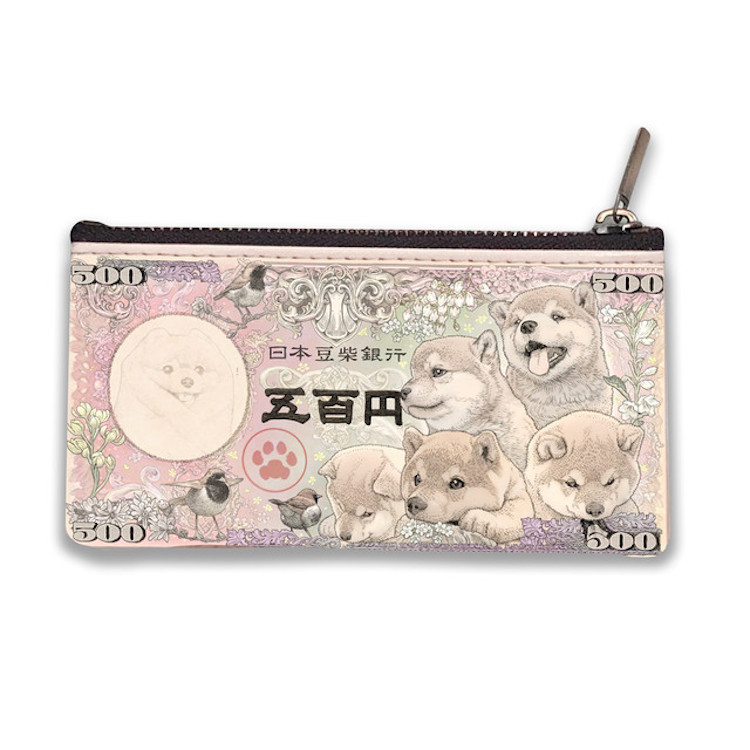 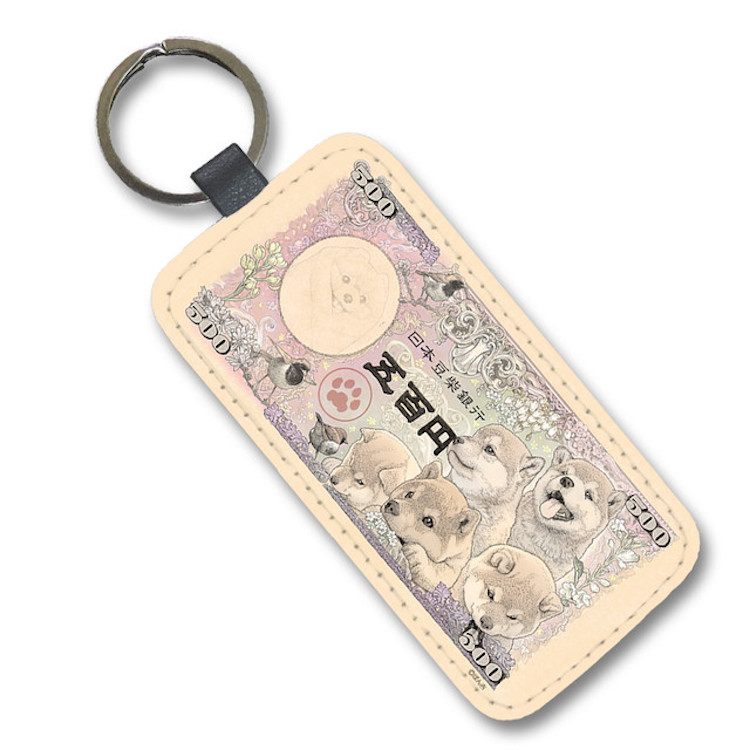 If the notes were real, they would be a great way to save money—they’re too cute to spend! 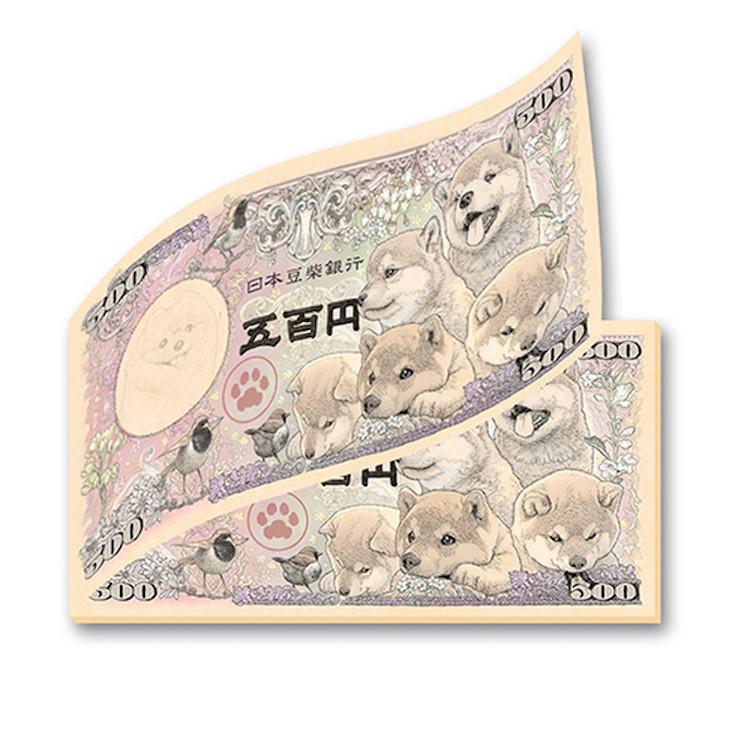 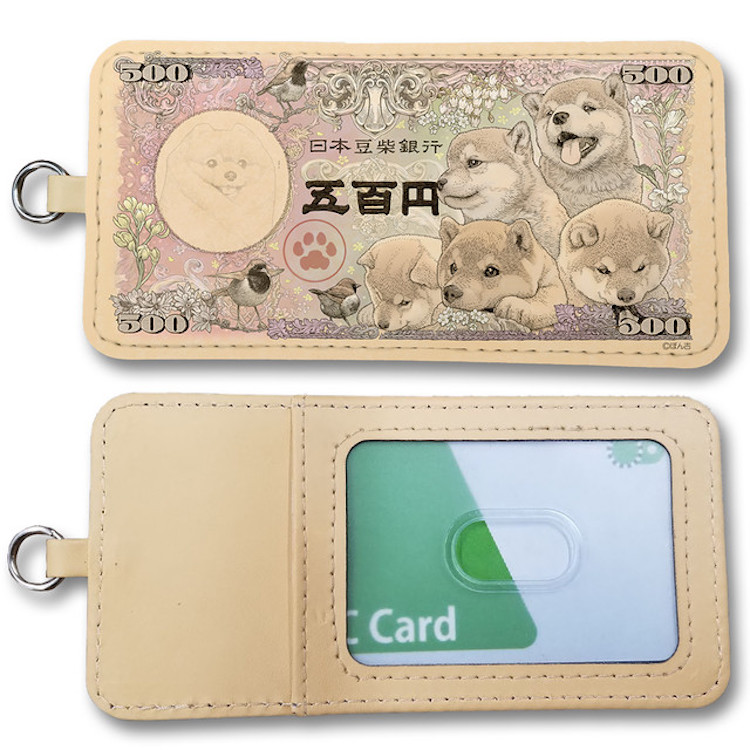 There’s even a cat series! 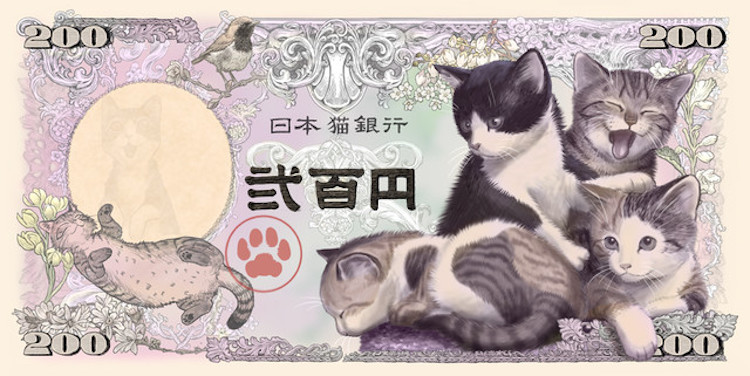 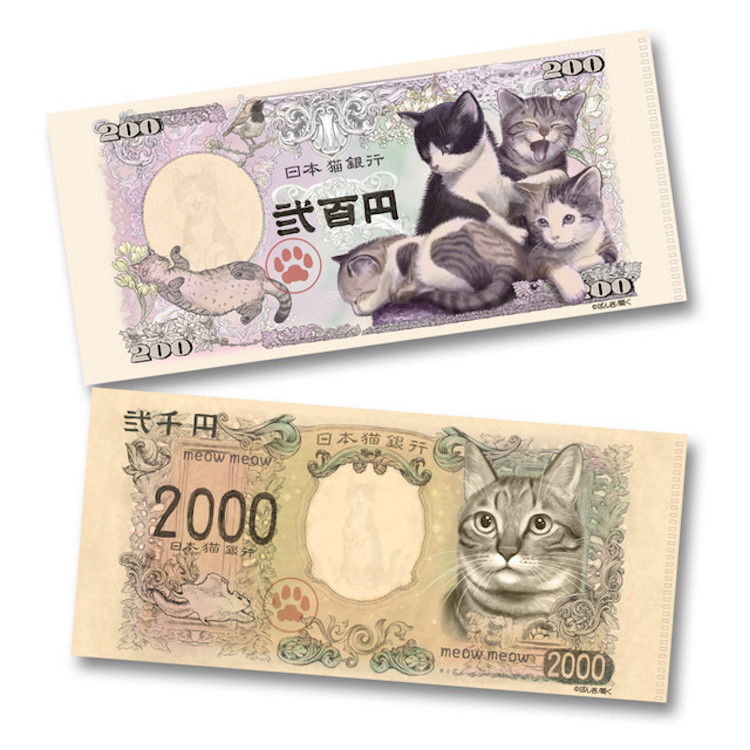 All images via Ponkichi / FurBaby.