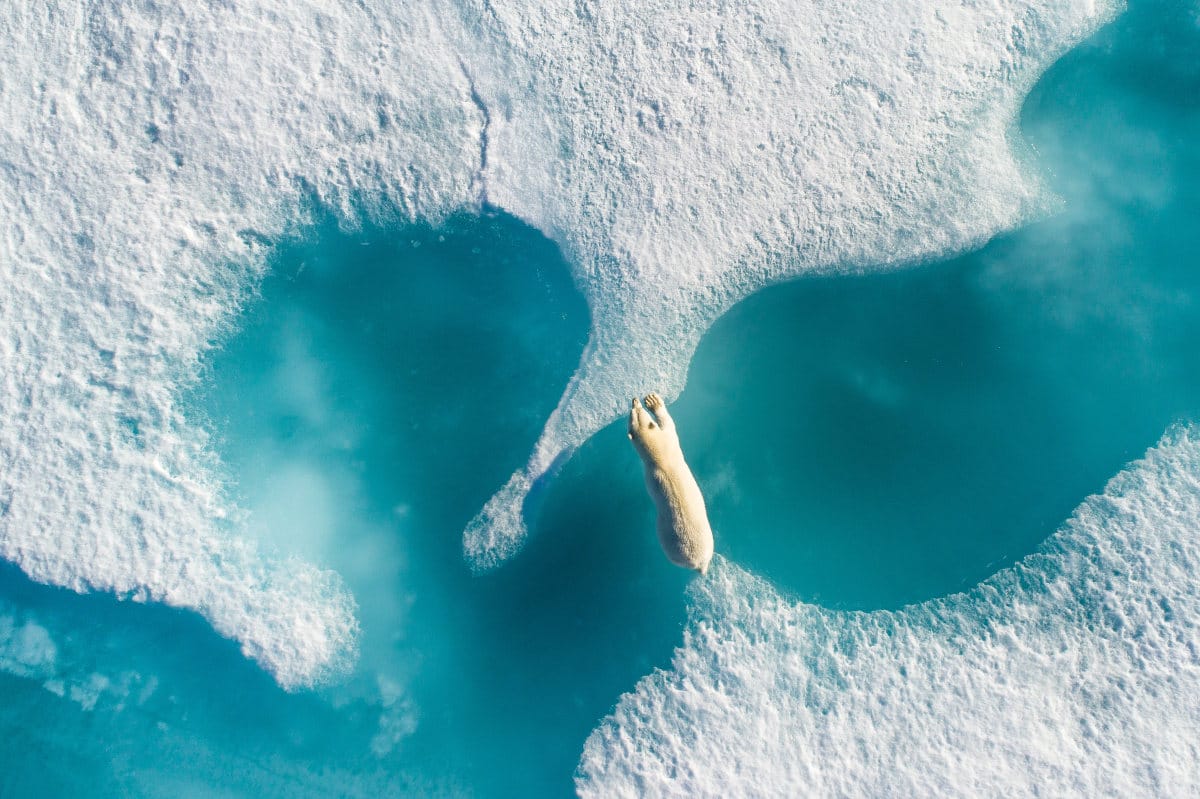 “Above the Polar Bear” by Florian Ledoux. Grand Prize Winner. “Dear future generation, I hope we will still be able to see the Arctic wildlife as we do now. It is threatened as the environment is changing. I was able to witness many scenes of wildlife and I can guarantee you this is the most beautiful thing I have ever seen. Incredible and unique shot above a polar bear in Nunavut, Baffin area during wildlife reportage in Nunavut and Greenland.”

In just three short years, SkyPixel has become a leading community for aerial photographers looking to show off their work and connect with likeminded enthusiasts. The platform's annual aerial photography contest brings together professionals and amateurs, who compete in separate competitions across several categories. The recently revealed winners of the 2017 SkyPixel Photo Contest demonstrate the diversity and artistry of the craft.

Grand prize winner Florian Ledoux won for his striking image of a polar bear swimming through the freezing waters off northern Canada. For his efforts he was rewarded over $15,000 in photography equipment, including a DJI Inspire 2 drone. And while water was a popular theme among photographers, some took to land to show the inherent symmetry and beauty of both the urban and natural landscape. Petra Leary's photograph of Auckland's basketball courts won first prize in the professional portrait category, the symmetrical composition and pops of color immediately drawing the viewer's eyes across the image.

In a new twist, photographers were also allowed to submit to a story category, which had to consist of at least 5 photographs. The professional winner, who goes by “In the Higher Sky,” focused on the industrial scars man has left on our environment, while enthusiast winner Water Qinghua told the tale of Myanmar's fishing traditions. Two glimpses of man involved with the natural world, each story expressed through the photographer's vision of the world.

The 2017 SkyPixel Photo Contest awards the best aerial photographs of the year across three categories for professionals and amateurs. 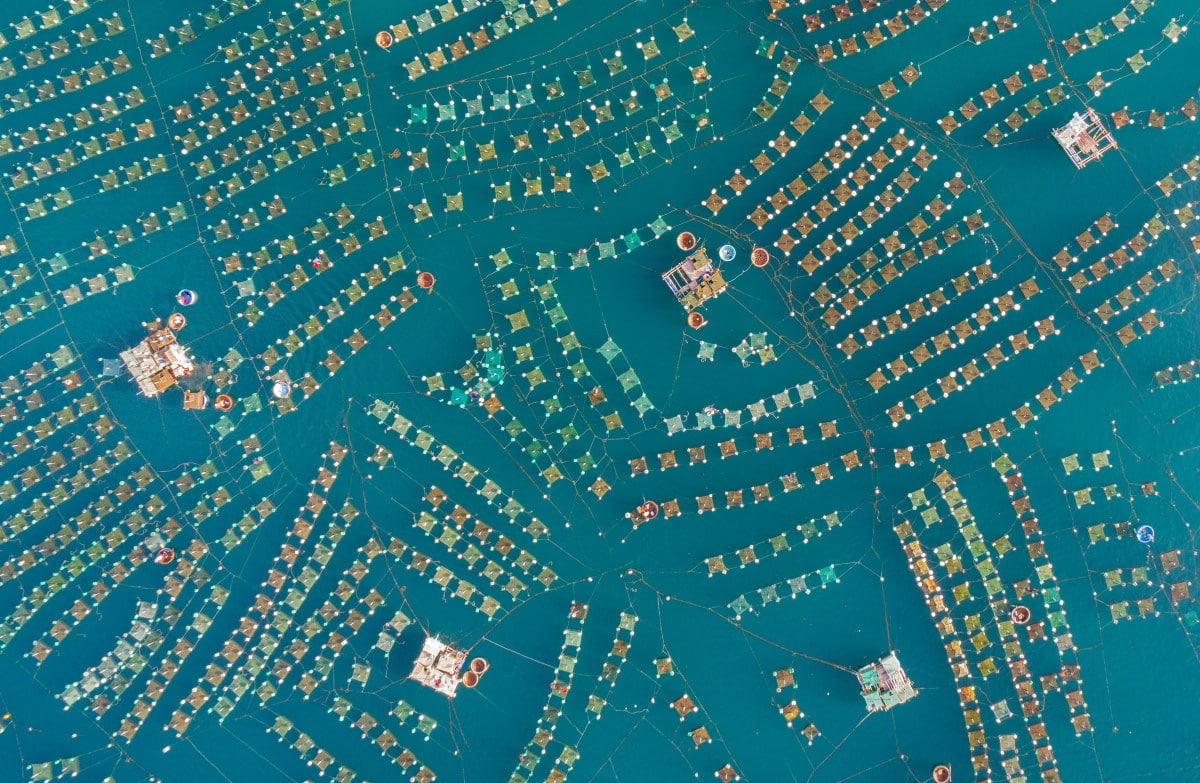 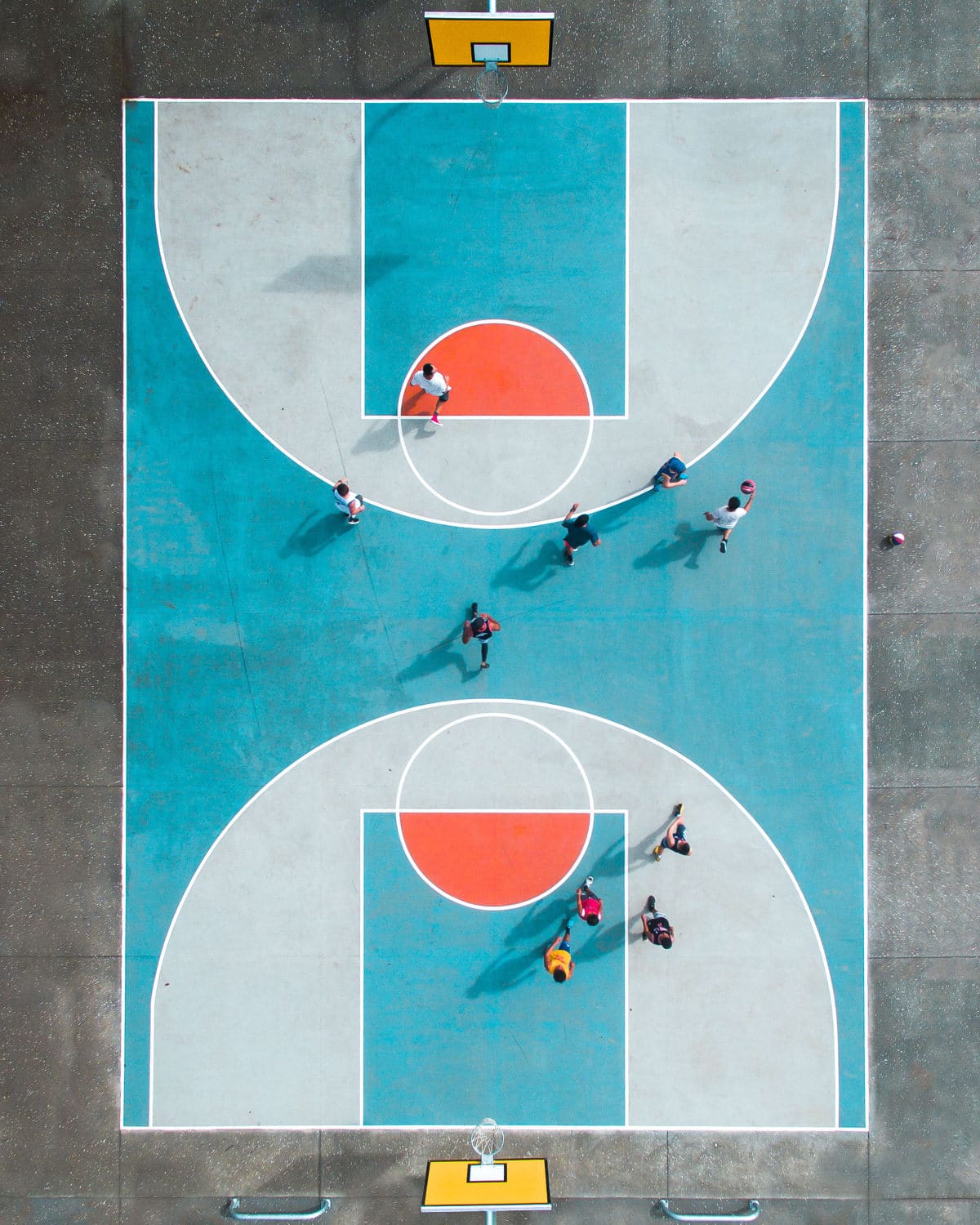 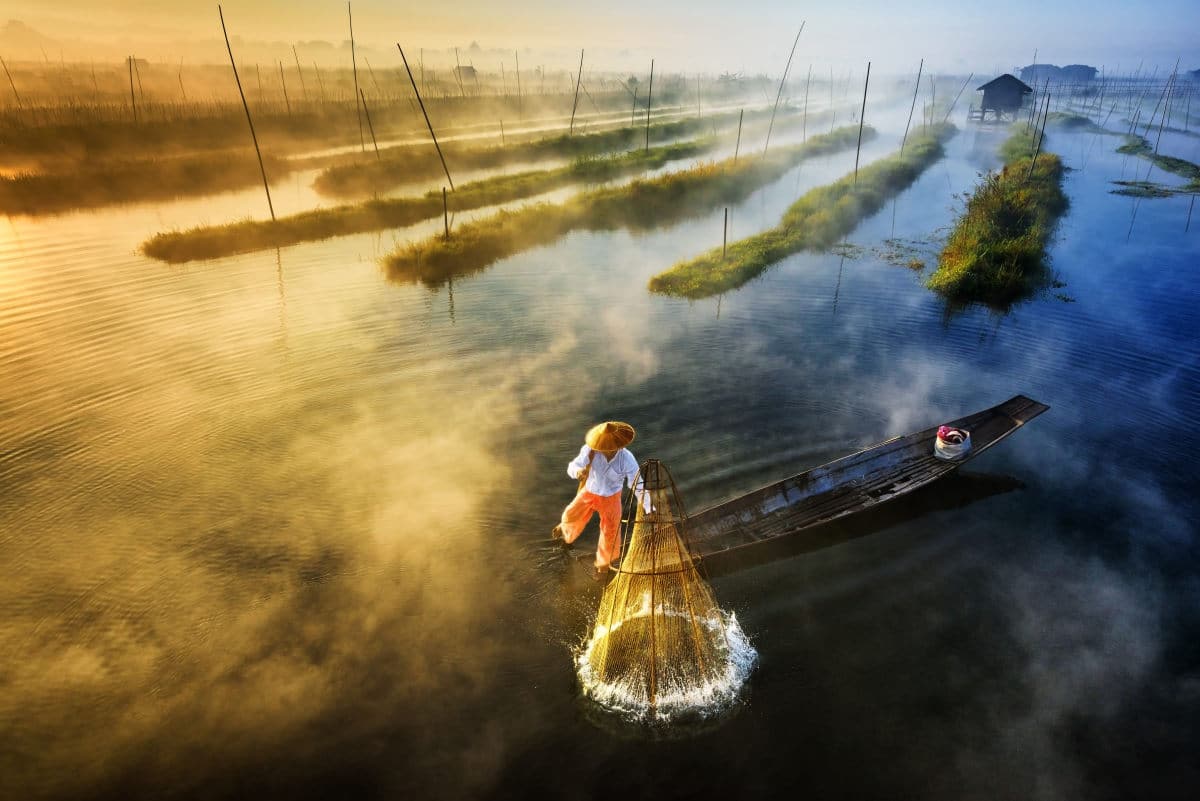 “Sun's Up, Net's Out” by Zay Yar Lin. First Prize, Landscape, Professional. “An Intha fisherman sets up his net to fish as he paddles his boat with a unique leg-rowing technique in Mayanmar’s Inle Lake.” 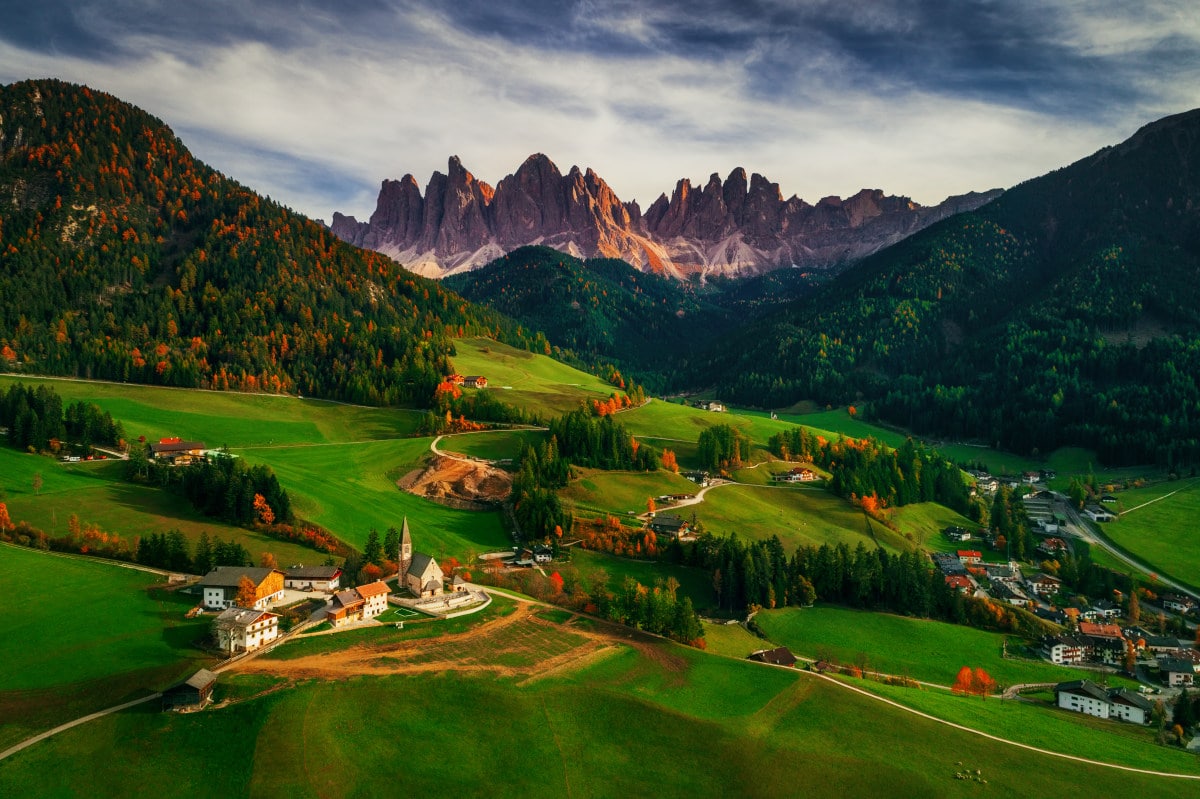 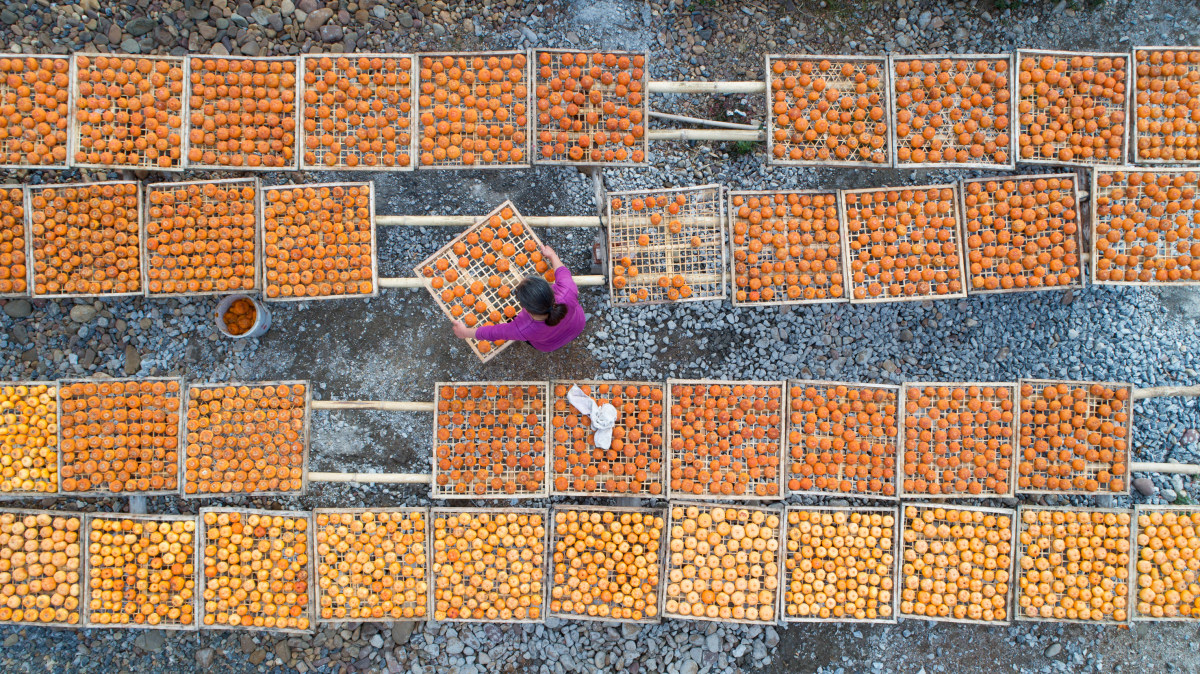 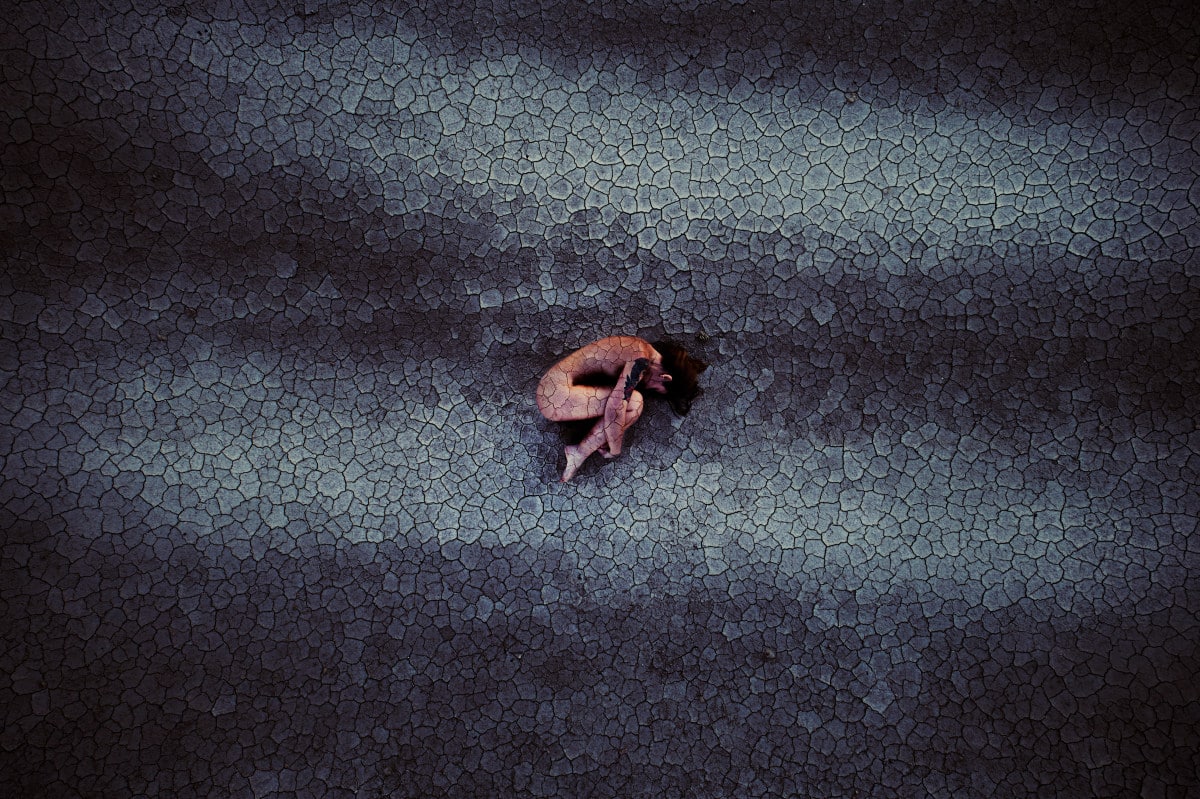 “The Rebirth” by Andrea. Third Prize, Portrait, Professional. “Now you're going to be witness to the rebirth of humanity.” 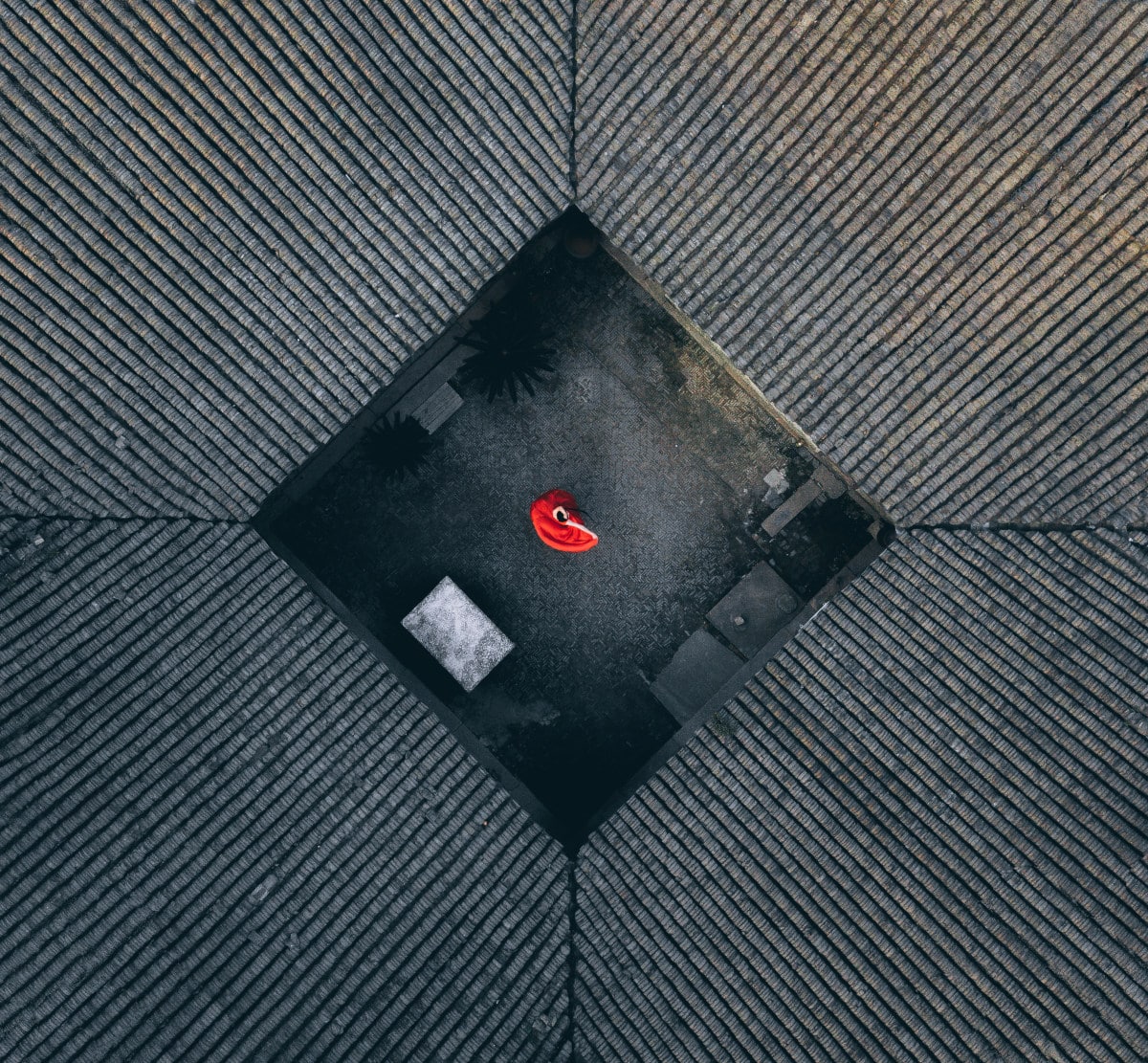 “Dancer” by cocoanext. First Prize, Enthusiast, Portrait. “Shanghai's only nearly 190-year-old courtyard house with northern features is rarely seen in the south, where dancers dance not only skirts but also old Shanghai memories.” 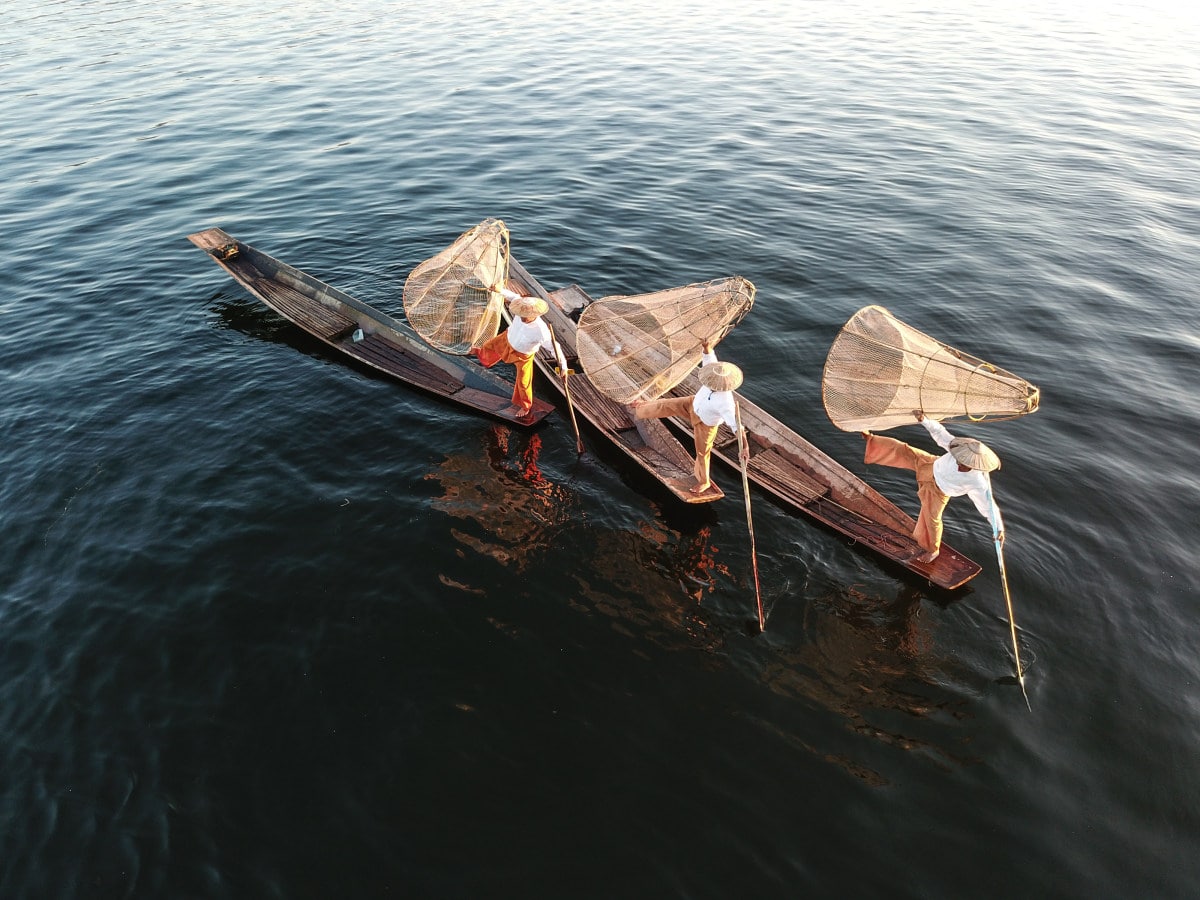 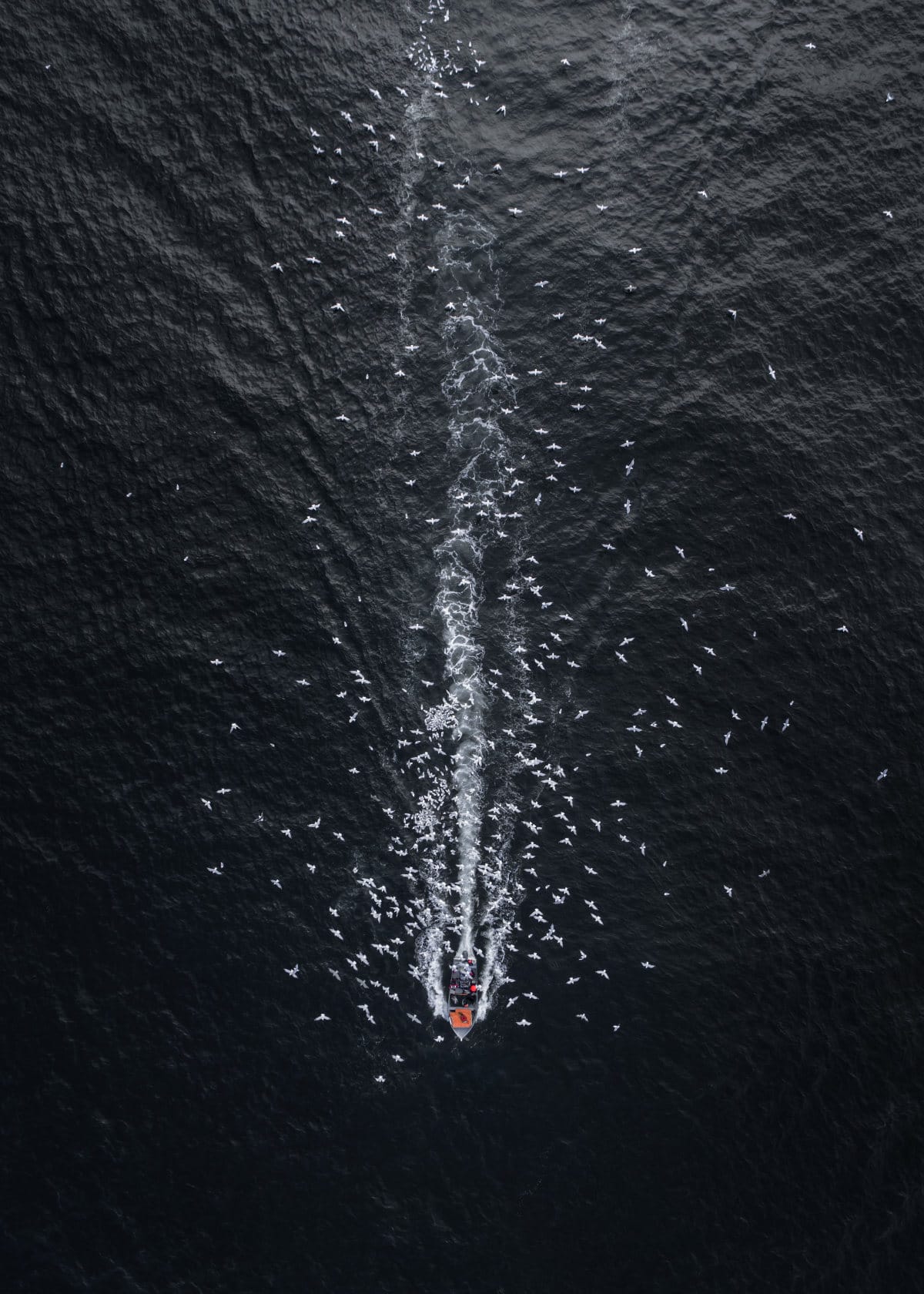 “Comet Into Darkness” by Drone Hikers. Second Prize, Landscape, Professional. “One of my favorite shots. An early morning in Newfoundland, I was hiking on the East Coast Trail when I heard a bunch of seagulls. I quickly launched my drone to find-out what was causing the mayhem. It was a small cod fishing boat steaming towards the harbor, a truly magical moment.” 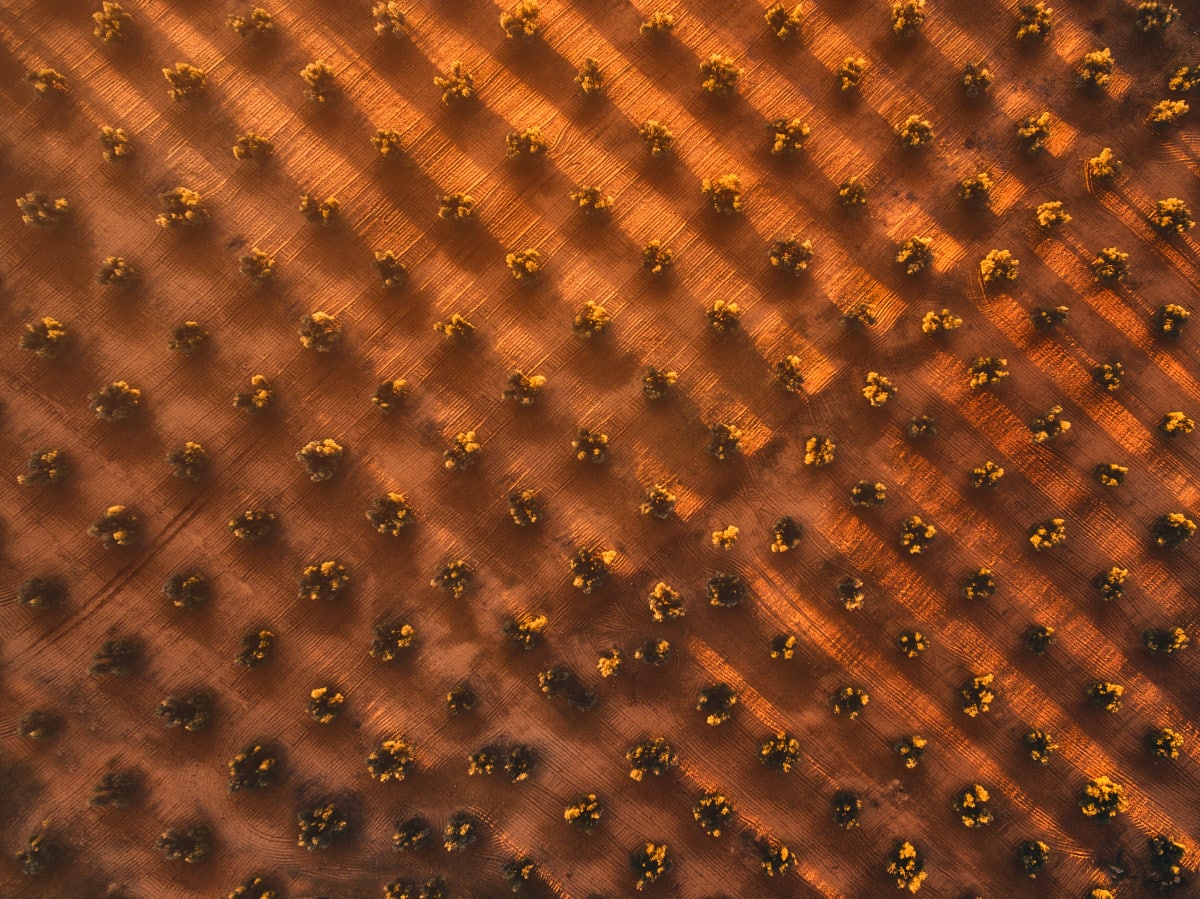 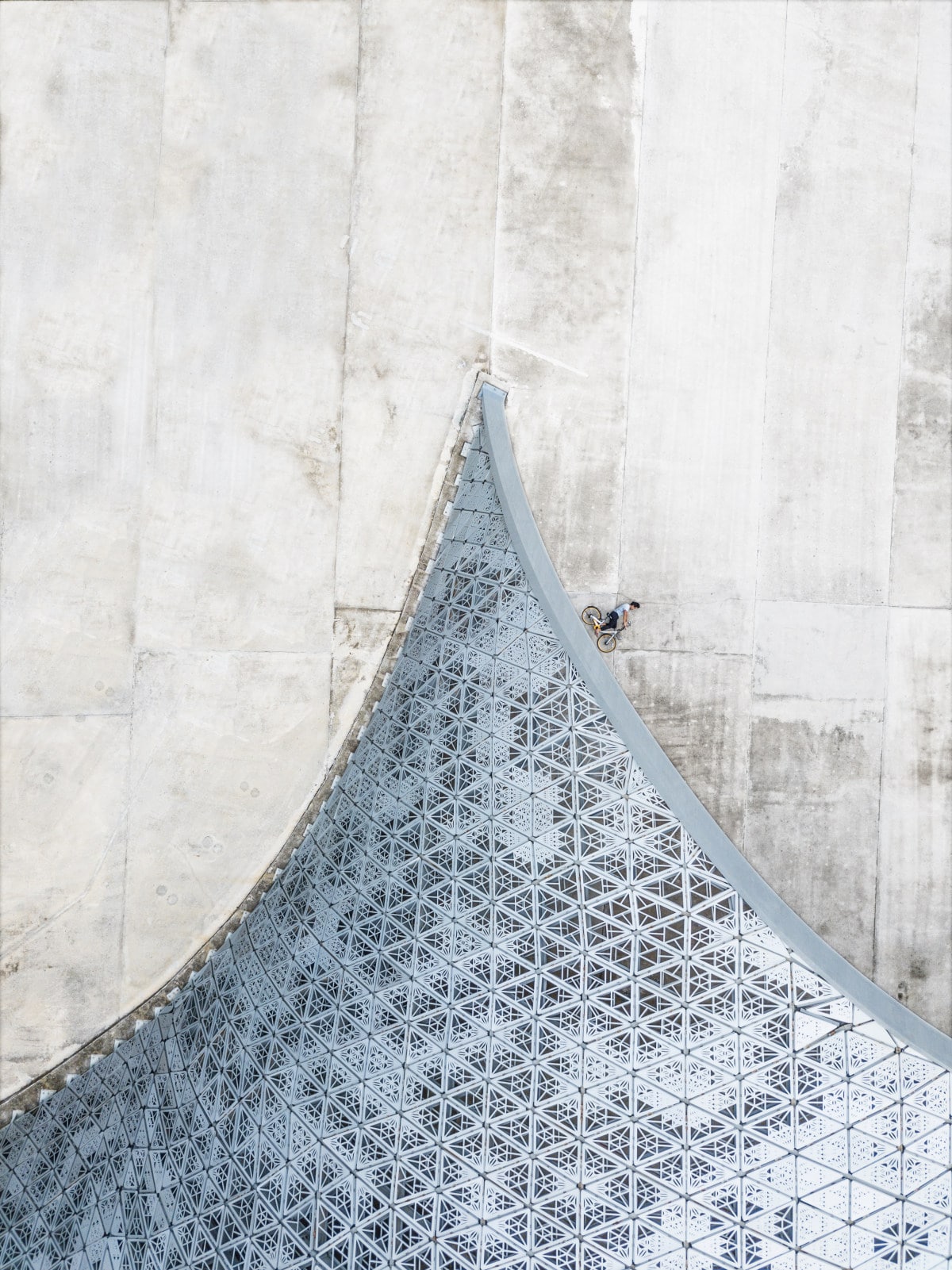 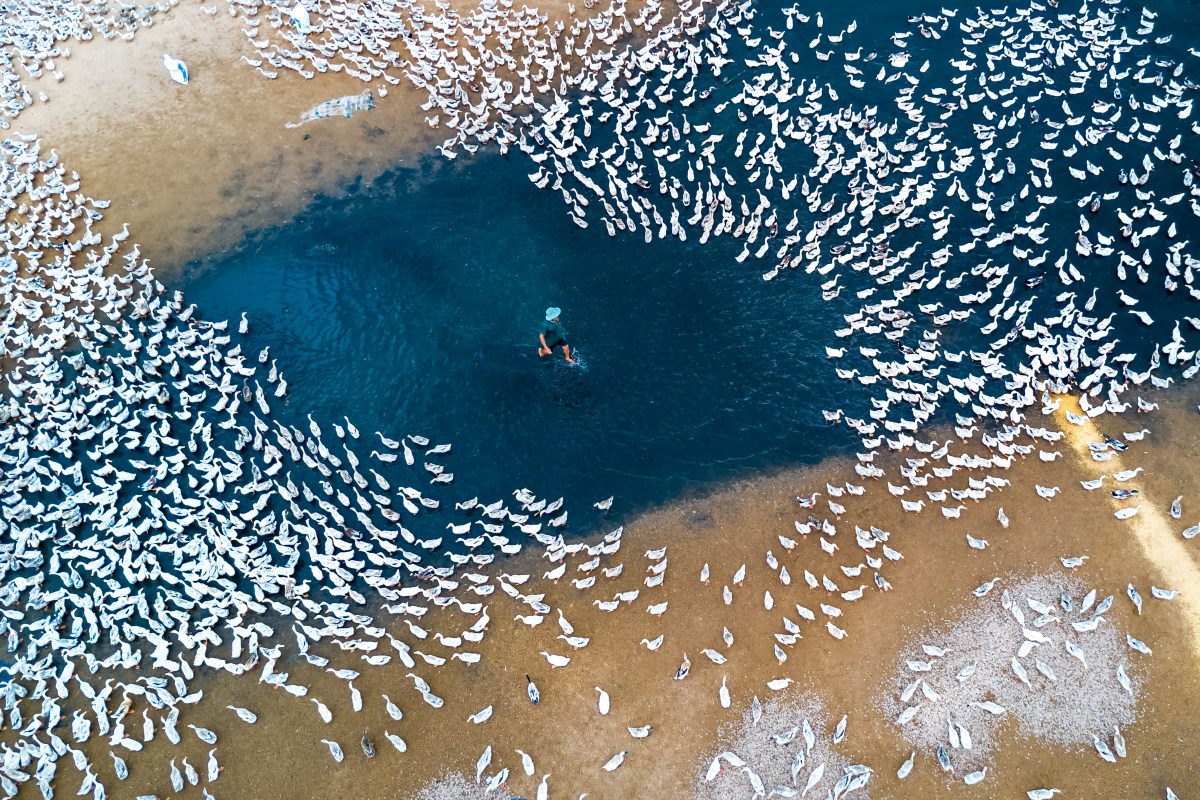 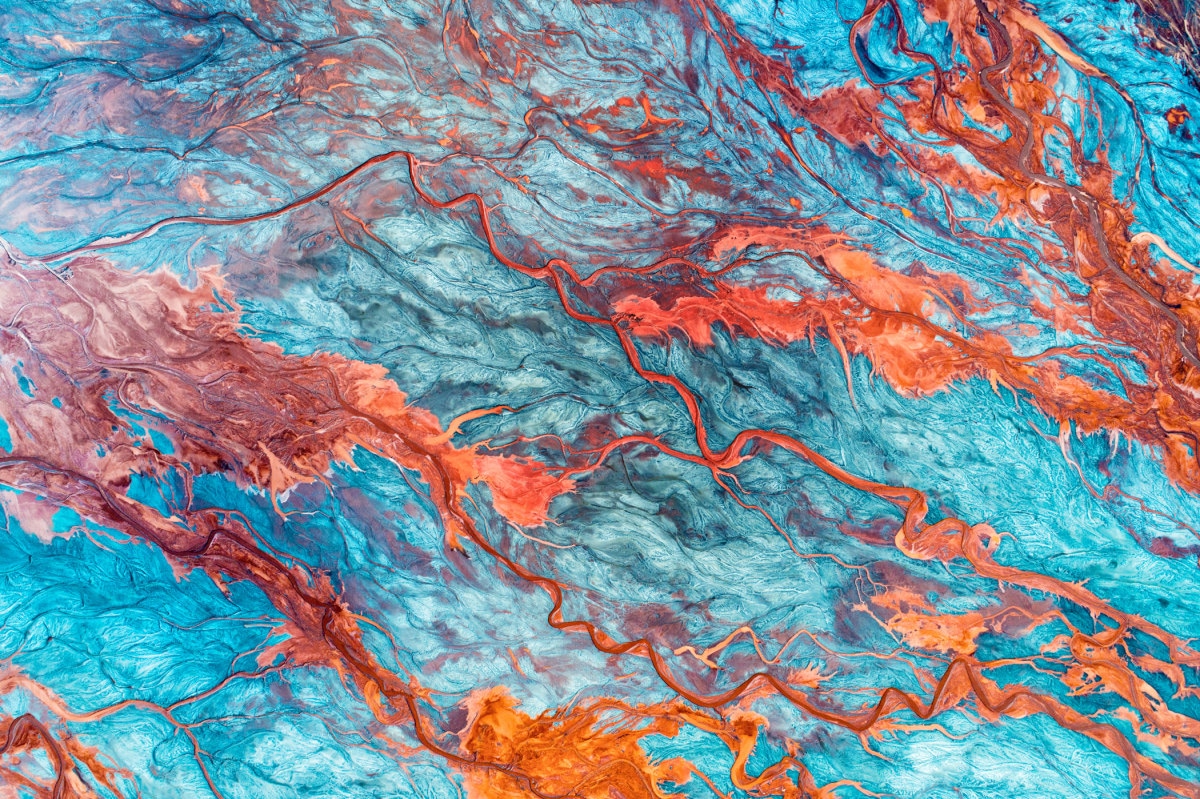 “‘The Land of the Earth' – Man Made Nature Revelation” by In the higher sky. First Prize, Story, Professional. “The rapid development of human civilization has brought a series of negative effects. The environment is polluted and the ecology is destroyed. At present, the status quo of pollution in the earth is very harsh, forming a staggering “earth 殇”! Mankind must reflect on the triumphant industry development model, truly implement the policy of transforming the development mode and achieve sustainable social and economic development. Face the devastation of the earth, forever scars. Environmental pollution must be managed, otherwise there will be no complete earth. “

My Modern Met granted permission to use photos by SkyPixel.

Striking Winners of the 2017 Chromatic Awards for Color Photography

Love aerial photography? Share
Like My Modern Met on Facebook
Get Our Weekly Newsletter
Become a
My Modern Met Member
As a member, you'll join us in our effort to support the arts.
Become a Member
Explore member benefits