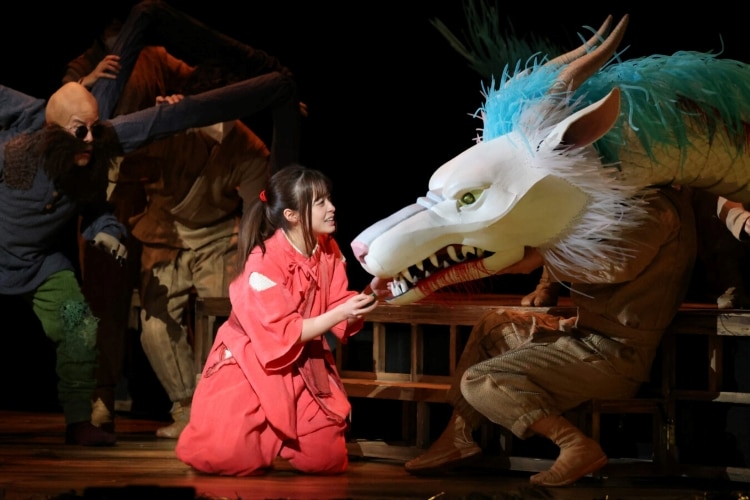 The beloved animated film Spirited Away officially made its debut on the stage. The acclaimed Studio Ghibli film has earned devoted fans around the world since its release in 2001. It tells the story of 10-year-old Chihiro and her parents. While moving to a new neighborhood, they stumble upon the world of Kami (spirits of Japanese Shinto folklore). After her parents are turned into pigs by the witch Yubaba, Chihiro begins working in Yubaba's bathhouse to try to find a way to free them. From there, viewers are taken on a spectacular journey filled with an imaginative cast of characters.

Reimagining it as a live-action performance would surely be an ambitious feat. In fact, the production’s designer and puppeteer Toby Olié admits, “Adapting the limitless imagination of Hayao Miyazaki’s iconic animation for the stage was both a monumental joy and challenge.”

The film was adapted for the stage and directed by two-time Tony Award winner John Caird, who is a great admirer of Miyazaki. He believes Miyazaki’s stories have an amazing emotional and intellectual integrity, and that his unique talent for understanding and visualizing the minds of children “makes him equal with some of the great storytellers like Charles Dickens, Hans Christian Anderson, Lewis Carol. I think he will go down in history as one of the greatest storytellers.”

Miyazaki, who shared that he felt the film is “so widely beloved that it has become everyone's piece, not just his,” encouraged Caird to “have fun.” Caird, and the cast, certainly have. Mari Natsuki, one of the two actresses playing Yubaba (and who voiced Yubaba in the original animated film) says, “It felt like being in a theme park. Even in the middle of performing, there were parts where I found myself thinking, ‘This is so much fun!'”

The three-hour production opened on the Toho Stage at the Imperial Theatre, in Tokyo, as the theatre's 90th anniversary production. It ran from March 2–29, 2022. It is set to tour in other Japanese cities—including Osaka, Fukuoka, Sapporo, and Nagoya—through the summer. The hope is to then expand the performance to other countries in Asia and Europe. 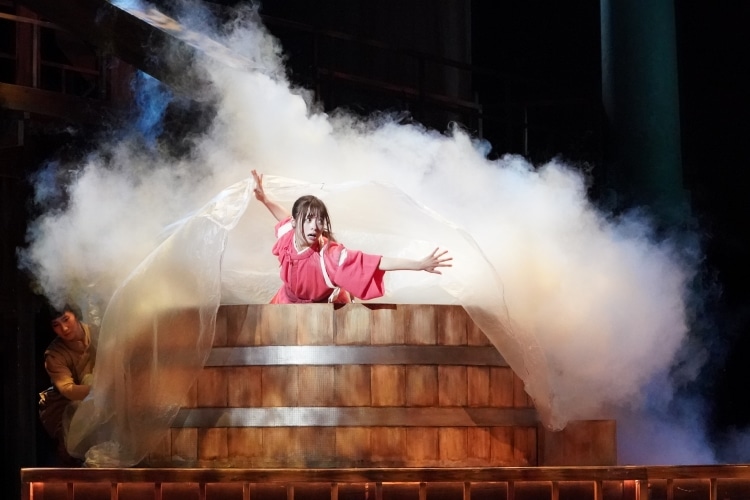 The show opened on the Toho Stage at the Imperial Theatre, in Tokyo on March 2, 2022. 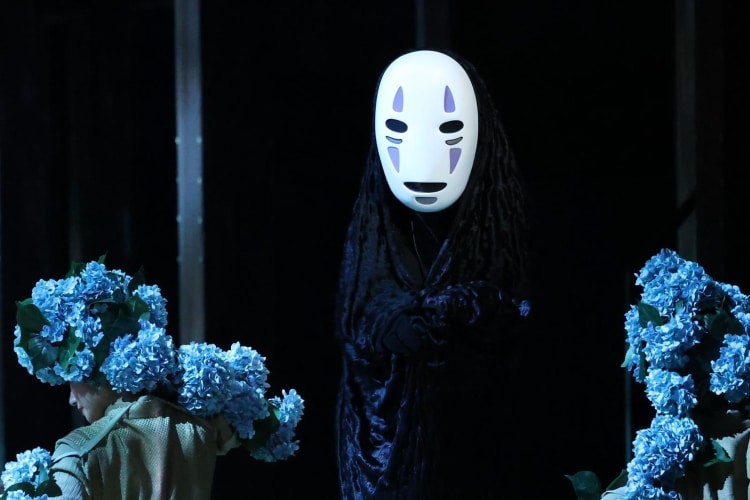 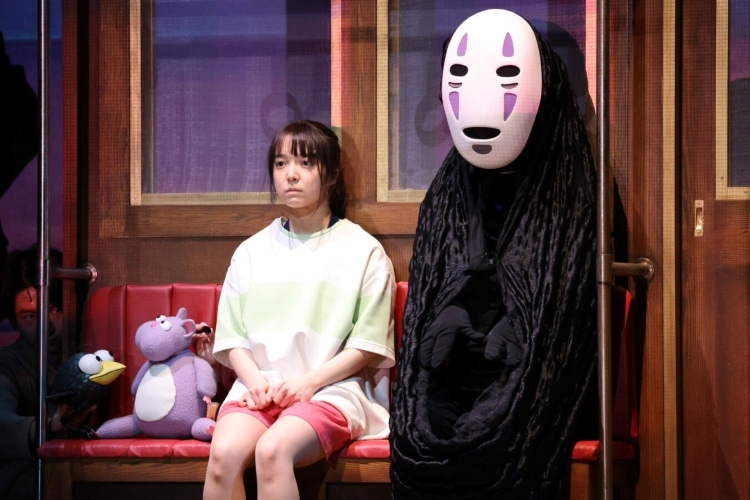 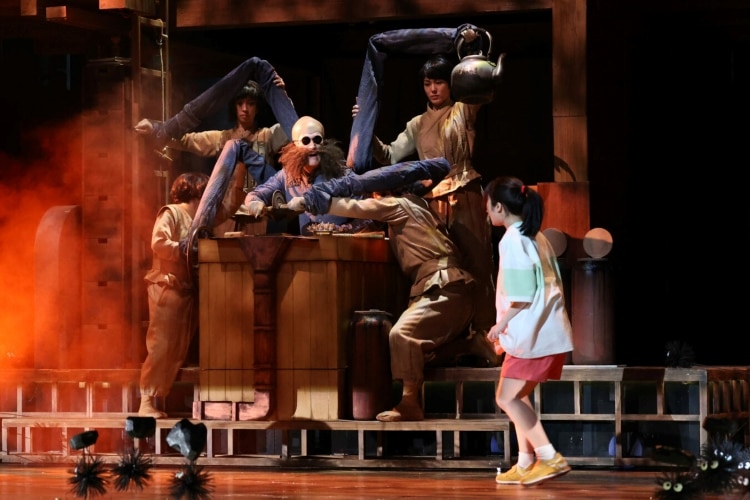 Puppeteer Toby Olié admits that adapting Miyazaki’s “limitless imagination” for the stage “was both a monumental joy and challenge.”

First look: Spirited Away on stage

Adapting the limitless imagination of Hayao Miyazaki’s iconic animation for the stage was both a monumental joy & challenge.

Here are even more images of #SpiritedAway at Tokyo’s Imperial Theatre.

Thank you for all of the kinds words, likes & shares of my previous tweet.

I’m so happy people are liking our interpretations of such well loved characters 😅https://t.co/rLGZRBzamN#千と千尋の神隠し pic.twitter.com/GjDdeSvCWL

All images via Toby Olié.