In the nearly two decades since terrorists attacked New York City‘s World Trade Center, architects from all over the world have worked hard to rebuild what was lost. Rather than replicate what once existed, many of these creative thinkers have opted to develop new designs that respectfully pay tribute to the previous buildings—and, most importantly, to those who lost their lives in the 9/11 attacks.

This architectural approach is evident in the restoration and reconstruction of several buildings. While many structures in the area were affected, those situated within 6.5 hectares of the collapsed Twin Towers were completely destroyed. In addition to the towers themselves, this includes office buildings, a hotel, and the World Trade Center Station, a transportation hub in the heart of the Ground Zero.

In 2016, this important train station reopened to the public. In addition to its subterranean services, this new site includes a glass and steel structure called the Oculus. Designed by famed Spanish architect and structure engineer Santiago Calatrava, this luminous space is intended to resemble “a bird flying from the hands of a child,” bringing a sense of hope to a site of tragedy. 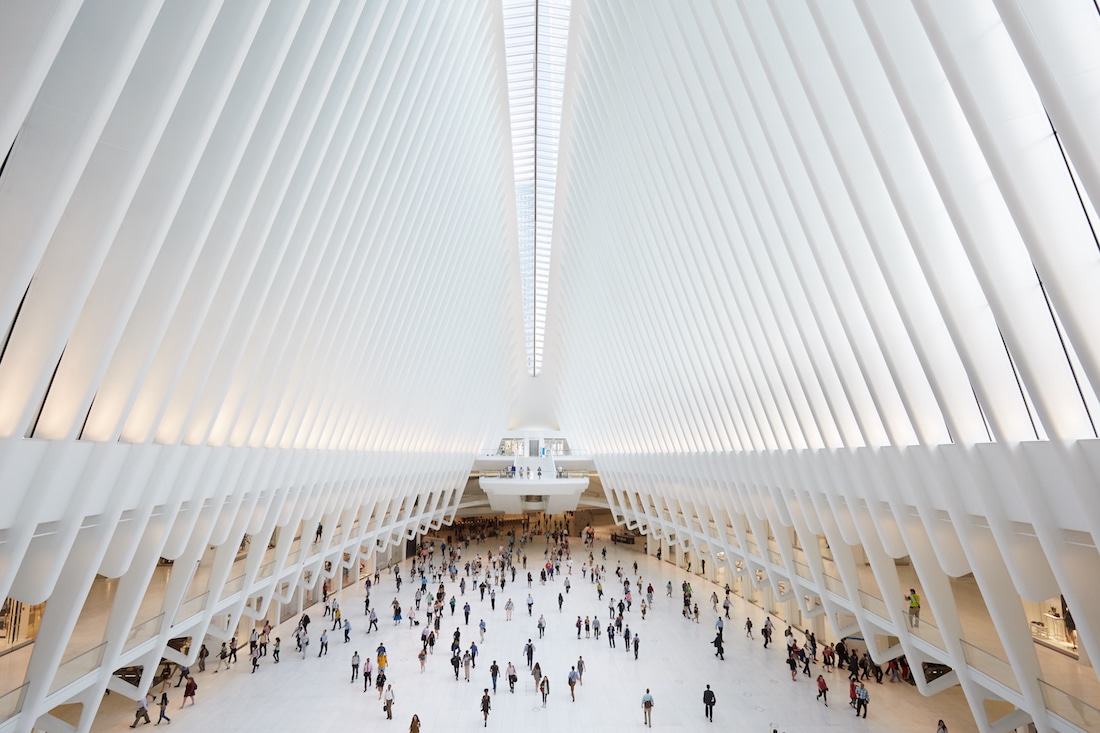 The Oculus is the main station house of what is now known as the World Trade Center Transportation Hub, a terminal on the Port Authority Trans-Hudson (PATH) system. At 800,000 square feet, this space features a mezzanine, retail space, and access to the station's four underground platforms. In addition to this interior, the Oculus is known for its stark white, sculptural entryway. Together, these spaces perfectly balance function and form—one of Calatrava's key concerns when designing the site.

“The two most important functional aspects to be fulfilled in a transportation facility are ease of wayfinding and easy orientation,” Calatrava tells My Modern Met. “In our project, the large spans of the main spaces and the clarity of the spatial sequence should create the sensation of comfort and security for travelers and visitors. Travelers can clearly see where they are and where they are going, which aims to reduce the anxiety of commuting through a busy train station.” 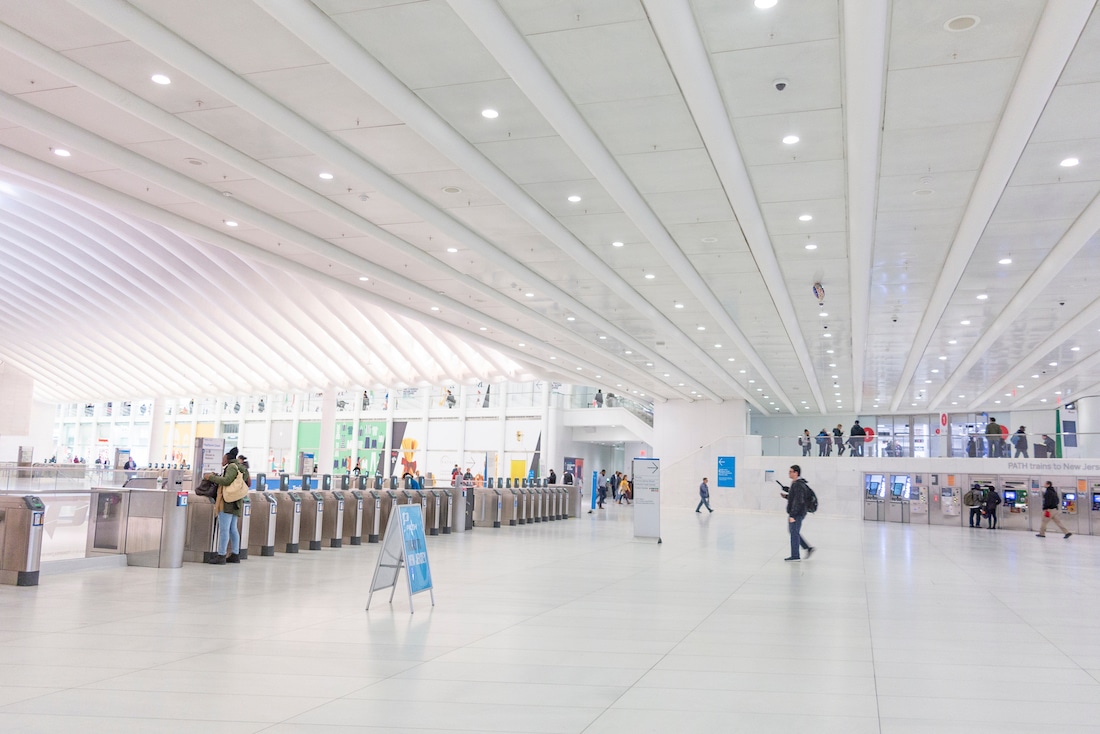 On top of offering a sense of orientation, this plan helps facilitate a more aesthetically enjoyable experience for travelers. “Beyond that, the sequence of spaces has been designed with a controlled scale, creating a ‘crescendo' towards the central Oculus space,” he continues. “This spatial sequence should also deliver to the user an architectural experience in which the sensations of form, space, and light are combined in such a way that provides a unique identity to this place.”

Calatrava's focus on form, space, and light is evident throughout the Oculus's entire design—both inside and out. 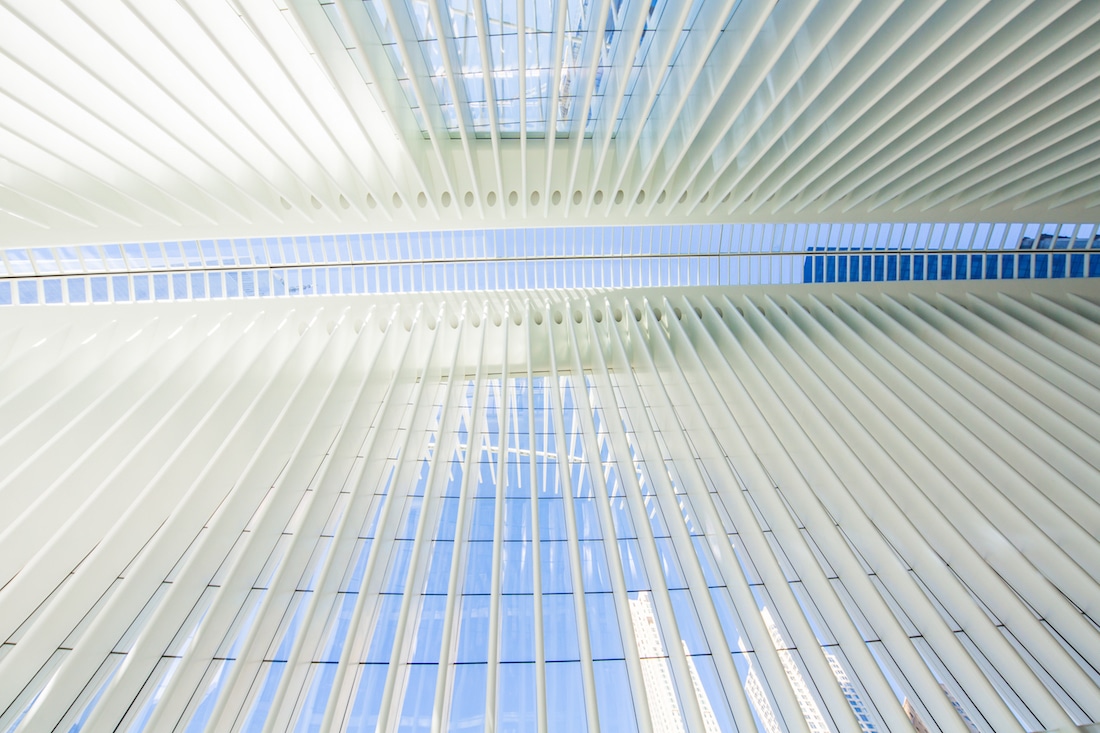 Inside the Oculus, visitors are treated to a beautifully lit main hall. On top of its bright white color scheme, this area feels exceptionally light and airy due to its special retractable skylight, which fills the space with sunbeams on temperate days. “It is very important to visit the Oculus at a moment in which the skylight is open,” Calatrava tells us. “Through the enormous 240′ x 20′ opening, we are framing a piece of Manhattan’s sky. In the morning of every sunny day, the sunlight enters through the skylight and projects on the floor paving below a long strip of illumination that I call the ‘Way of Light.' ”

From an architectural standpoint, this stretch of light is an important element, as it illuminates the space in an aesthetically pleasing way. However, its intention transcends function, as its primary role is symbolic. Every September 11th at 10:28 AM—the time when the second tower collapsed— the sunlight shines through the skylight and illuminates the central axis of the main hall. “The sunlight goes through the center and this ‘Way of Light' aligns with the longitudinal axis of the Oculus, signifying the end of 9/11 tragedy and the beginning of the reconstruction,” Calatrava says. “This particular alignment of the sunlight is possible because the building has been designed slightly tilted in relation to the surrounding Manhattan grid.” 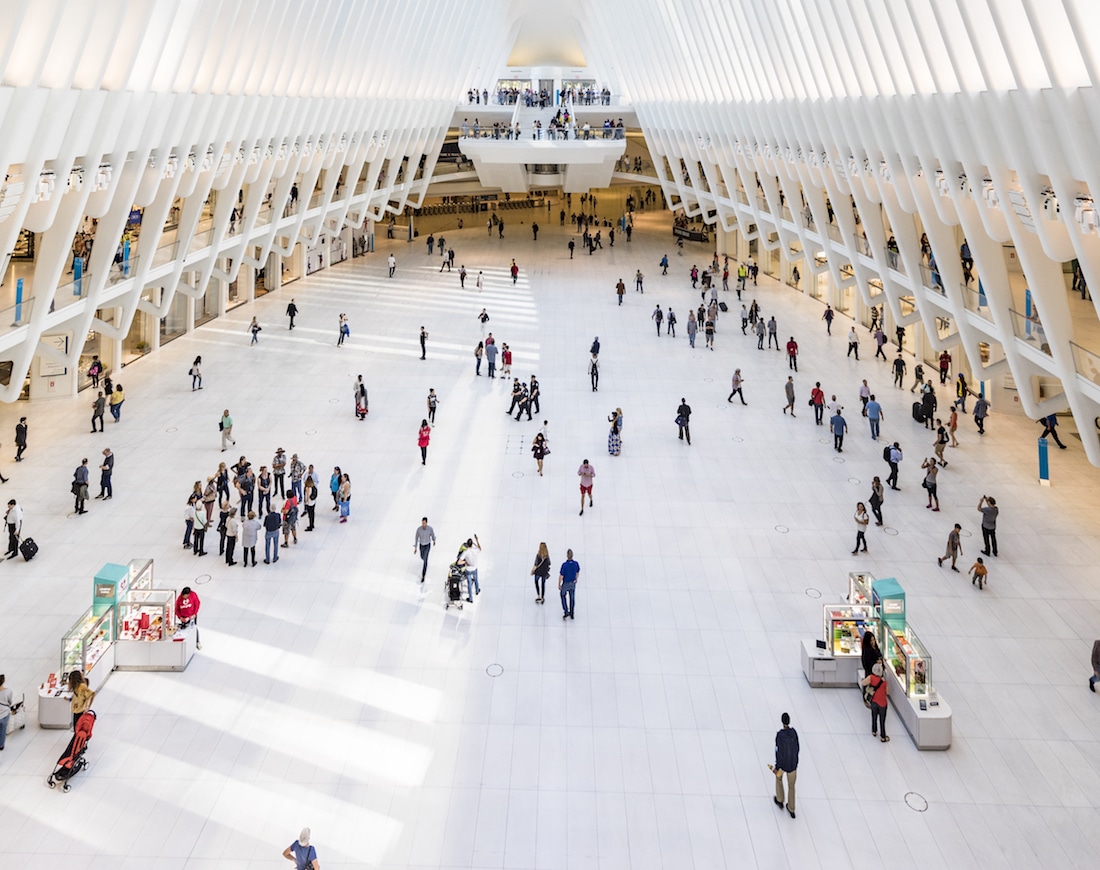 Calatrava describes this phenomenon as a “sense of the cosmic,” and notes that it is the most significant element of the building itself. With this in mind, it is no wonder that he has opted to call the structure the Oculus; in classical architecture, an “oculus” refers to an opening that offers a view of the sky. “The archaic sense of the use of the sun thousands of years ago and its use in architecture today,” Calatrava tells us, “can be very similar.” 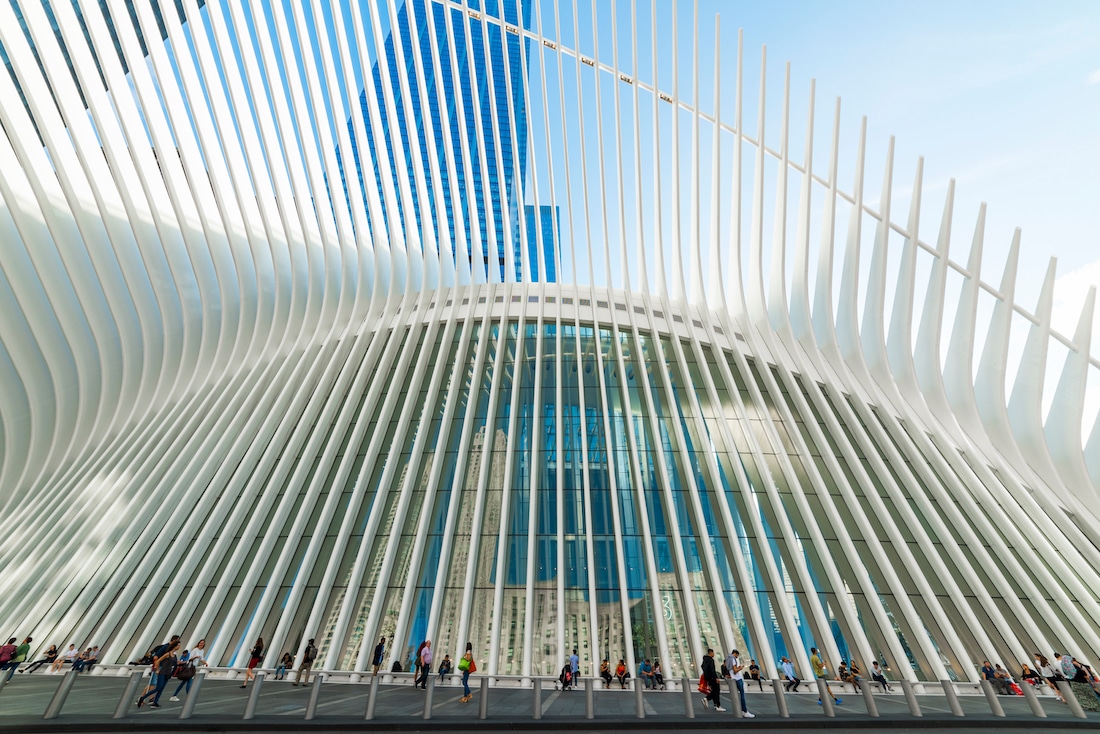 It's not only the Oculus' interior that is full of symbolism. Outside, an elliptical structure comprising steel ribs and panes of glass form a pair of 350-foot wings. Calatrava notes that the large size of the structure is strategic, as it allows the piece to function as “a humanizing link between the scale of a pedestrian approaching the site and the gigantic scale of the towers around it.”

Calatrava looked to these surrounding skyscrapers as inspiration—and not just in terms of scale. With buildings like the Brooklyn Bridge, Grand Central Terminal, the lost Penn Station, and the Schwarzman Building of the New York Public Library in mind, the architect aimed to create a structure that served the public. “[These buildings] elevate the everyday activities such as waiting for a train into dignified urban experiences which will be enjoyed for generations to come,” he explains to My Modern Met. “It is my sincere hope that the World Trade Center Transportation Hub integrates itself within this tradition.” 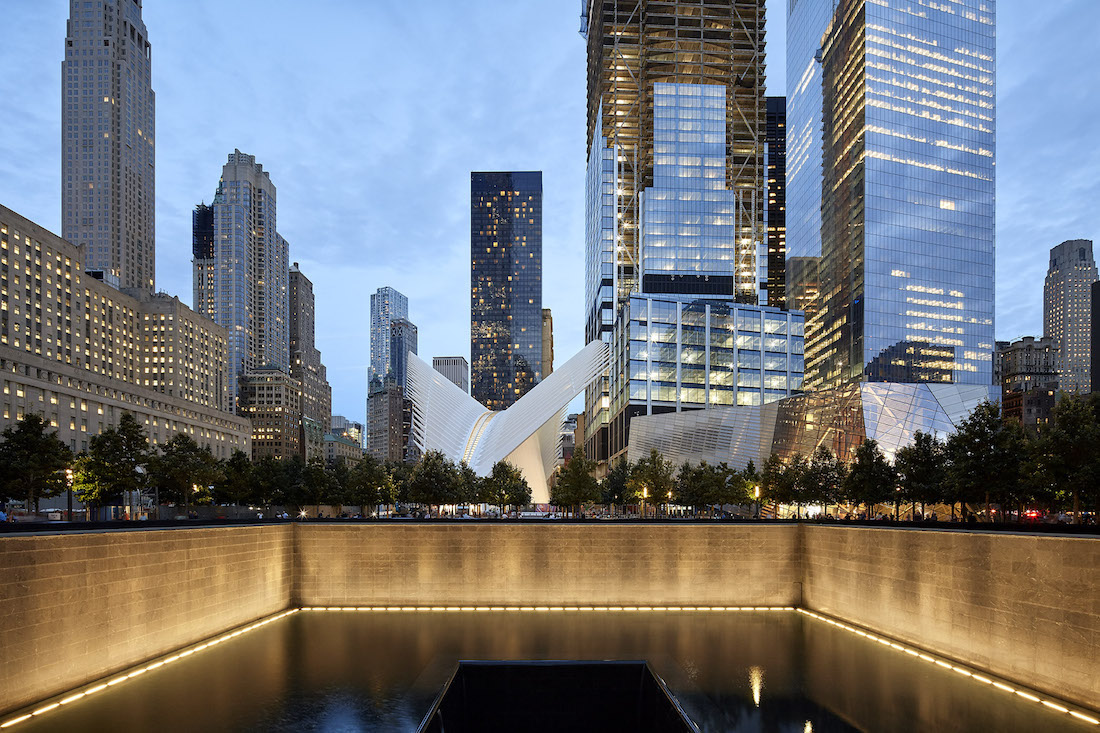 When designing a site-specific building, architects must always regard the local landscape. In the case of the Oculus, this required more than looking at the surrounding buildings; Calatrava also had to consider the fact that the space was situated on Ground Zero.

“It was indeed necessary that the building possess a relationship with the emotions of this specific site,” he explains. His care and consideration is evident in the bird-shaped entrance and the “Way of Light,” which both signify hope in the face of devastation. Calatrava elaborates: “The Oculus both respects the memory of September 11th and also underlines the American spirit of looking forward after such an enormous tragedy and immediately thinking of the rebuilding.”

The Future of the Oculus 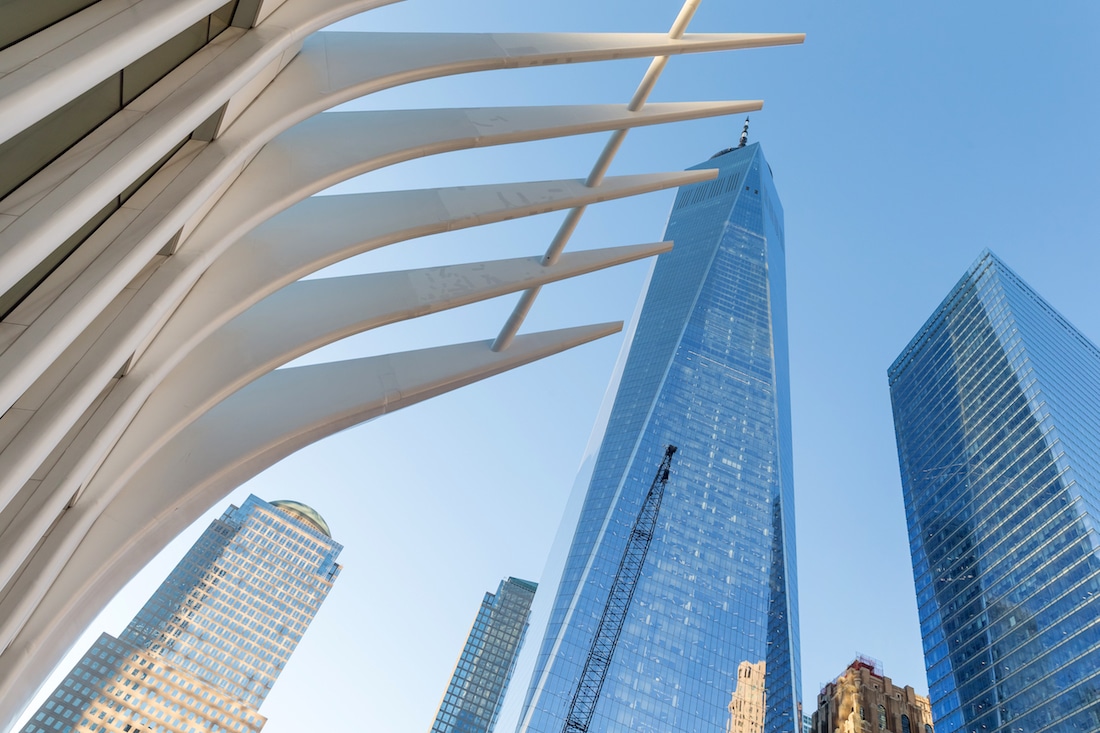 The Oculus has been open for three years.  When asked about his hopes for the future of the site, Calatrava is quick to mention the city's millions of commuters and how he envisions their interactions with the space. “I think of the average person that commutes between New York City and New Jersey,” he says, “It is my hope that for a couple of minutes every morning and evening they can enjoy and experience the quality of the space. It is for those people that this space has been conceived, hoping that they think ‘what a great and unique city New York is!' ”

Even if you're not one of New York City's daily commuters, you can still appreciate the Oculus—as a transportation hub, stunning work of contemporary architecture, and, of course, a means of remembrance. 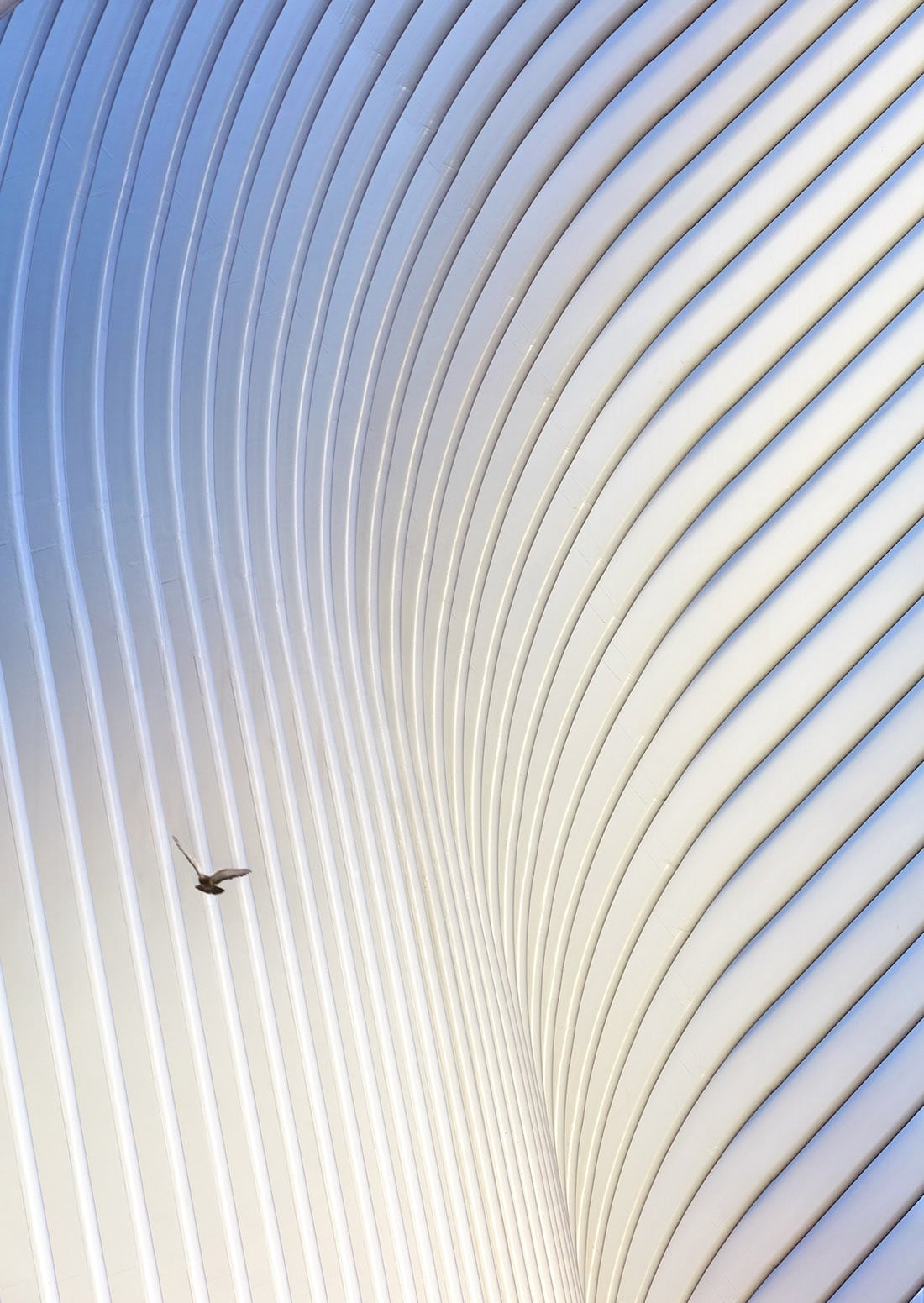 Interview: Designer Reveals What to Expect Inside the New Statue of Liberty Museum

Like travel? Share
Like My Modern Met on Facebook
Get Our Weekly Newsletter
Become a
My Modern Met Member
As a member, you'll join us in our effort to support the arts.
Become a Member
Explore member benefits