Photographer Captures Glorious Interiors of Modernist Churches Around the World 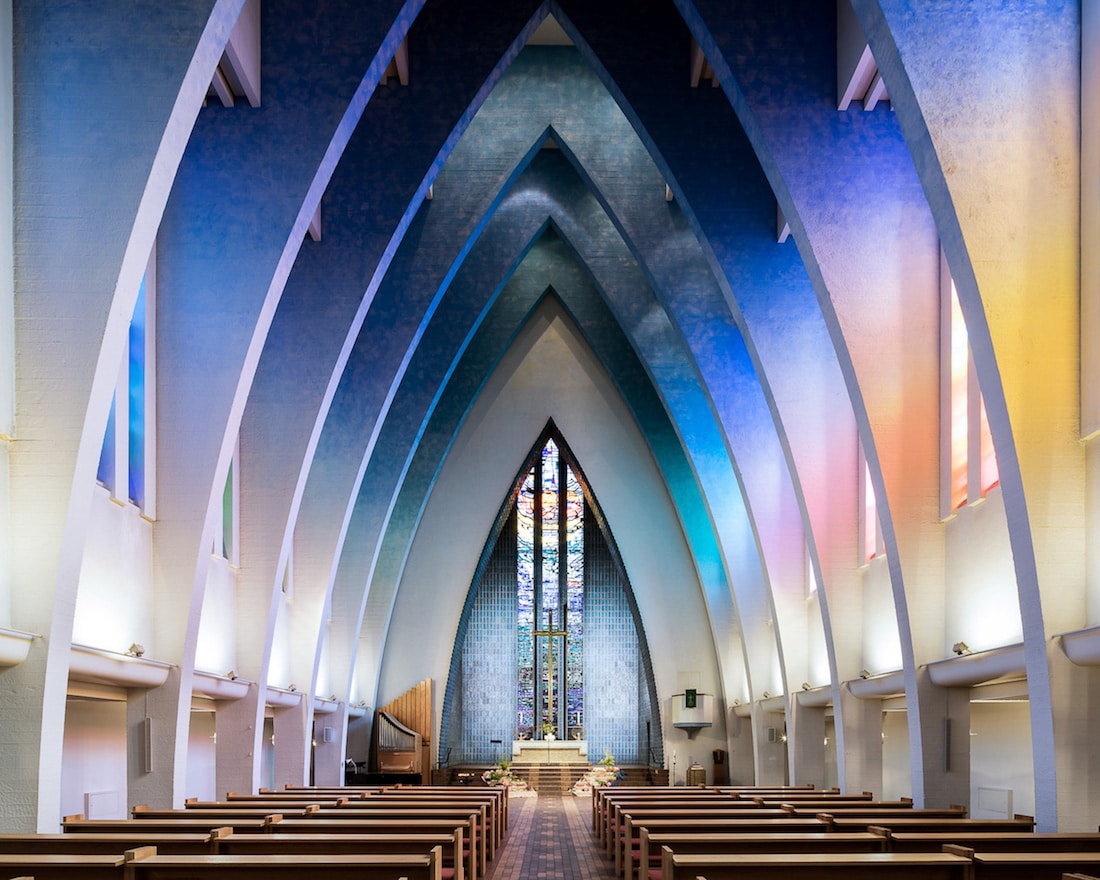 Paris-based photographer Thibaud Poirier travels near and far to document the diverse beauty of indoor spaces. Whether capturing the surprising symmetry of libraries across the globe or staying put to study a single city's unique interiors, Poirier is able to showcase architecture in an inherently artistic way. For his latest series, Sacred Spaces, Poirier presents the modern church, a “delicate institution” with a fascinating approach to design.

In this striking series of photographs, Poirier offers a survey of different modernist churches around the world. Specifically, he visually explores the ways in which these buildings react to modernity while preserving the history of Christianity. Finding a balance, Poirier notes, is a challenge, as the church “must at once withstand the constant tempest of change while remaining anchored to tradition.”

To achieve this, the modern church blends the age-old idea of what a house of worship should be with a new approach to architecture. This approach culminates in a range of interior designs, from light and airy minimalist spaces to colossal and cavernous Brutalist buildings.

With such striking differences, it is difficult to decipher what unites these supposedly united spaces. However, to Poirier, it's less about the way they look and more about how they feel—a concept that is fittingly reflective of faith's role in religion. “Despite their great stylistic differences,” Poirier explains, “the glue between these churches remains invisible to the human eye yet vibrates within each of us: the emotional state created whilst one is present. The sense of belonging. The conviction of something larger than us all.”

You can explore the entire ethereal series on Thibaud Poirier's website.

In his awe-inspiring series, Sacred Spaces, Parisian photographer Thibaud Poirier presents the diversity of modernist church architecture around the world. 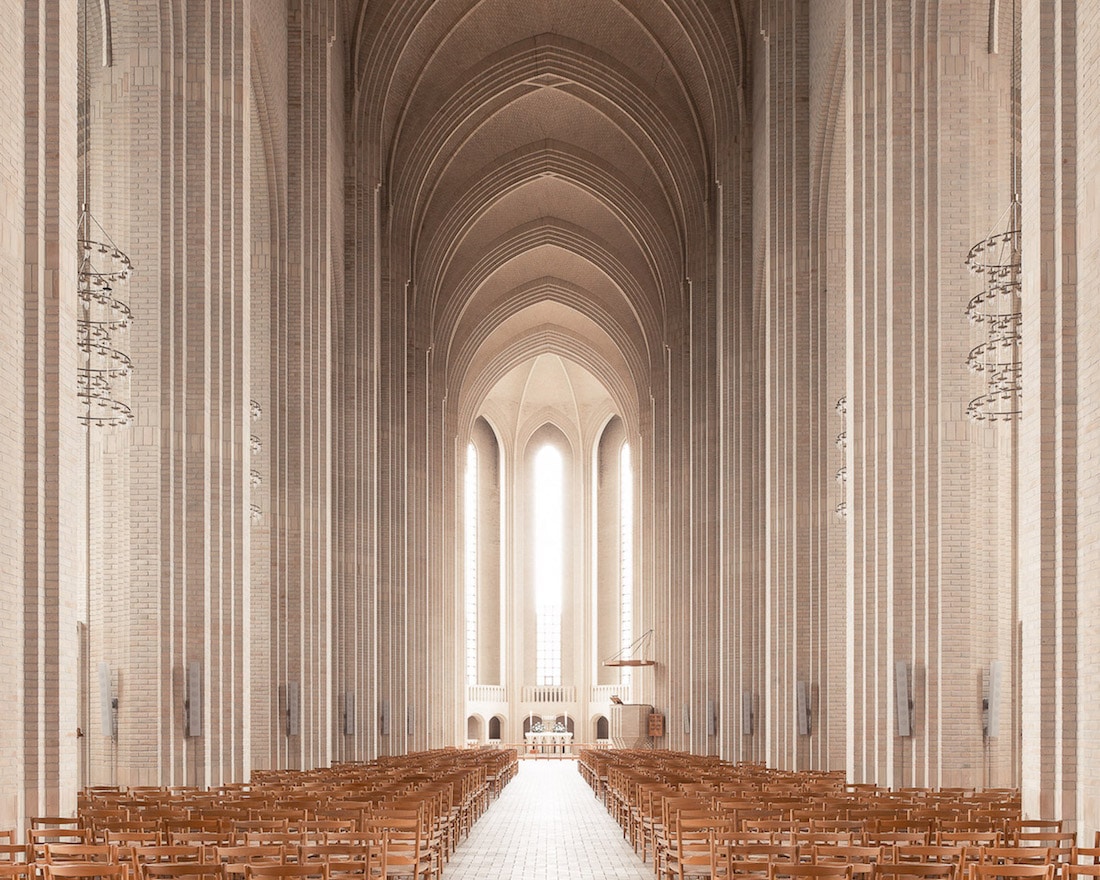 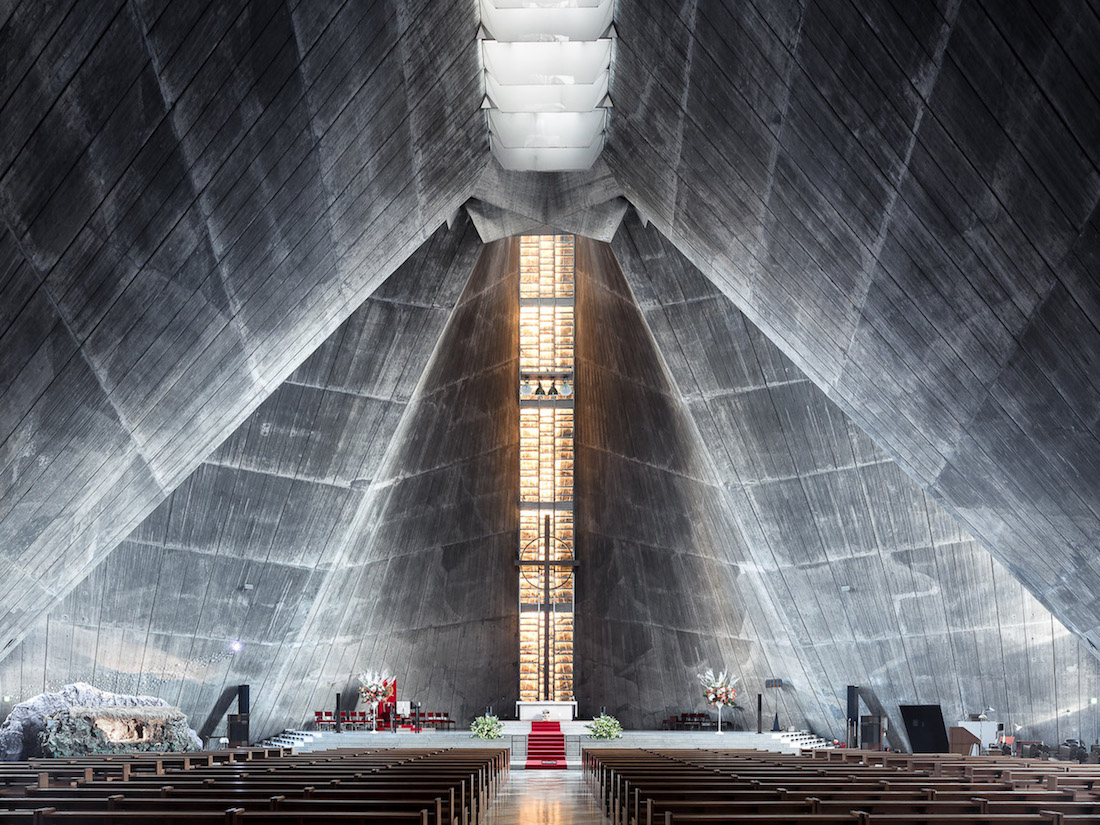 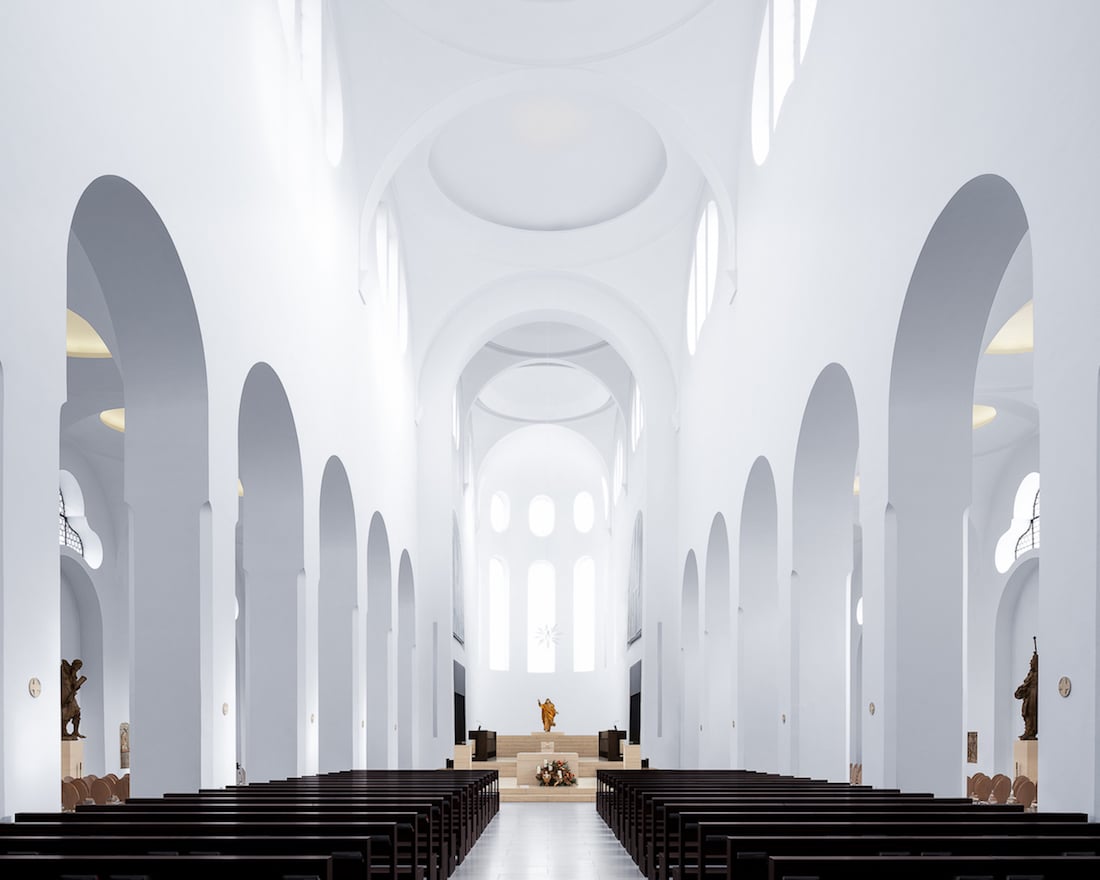 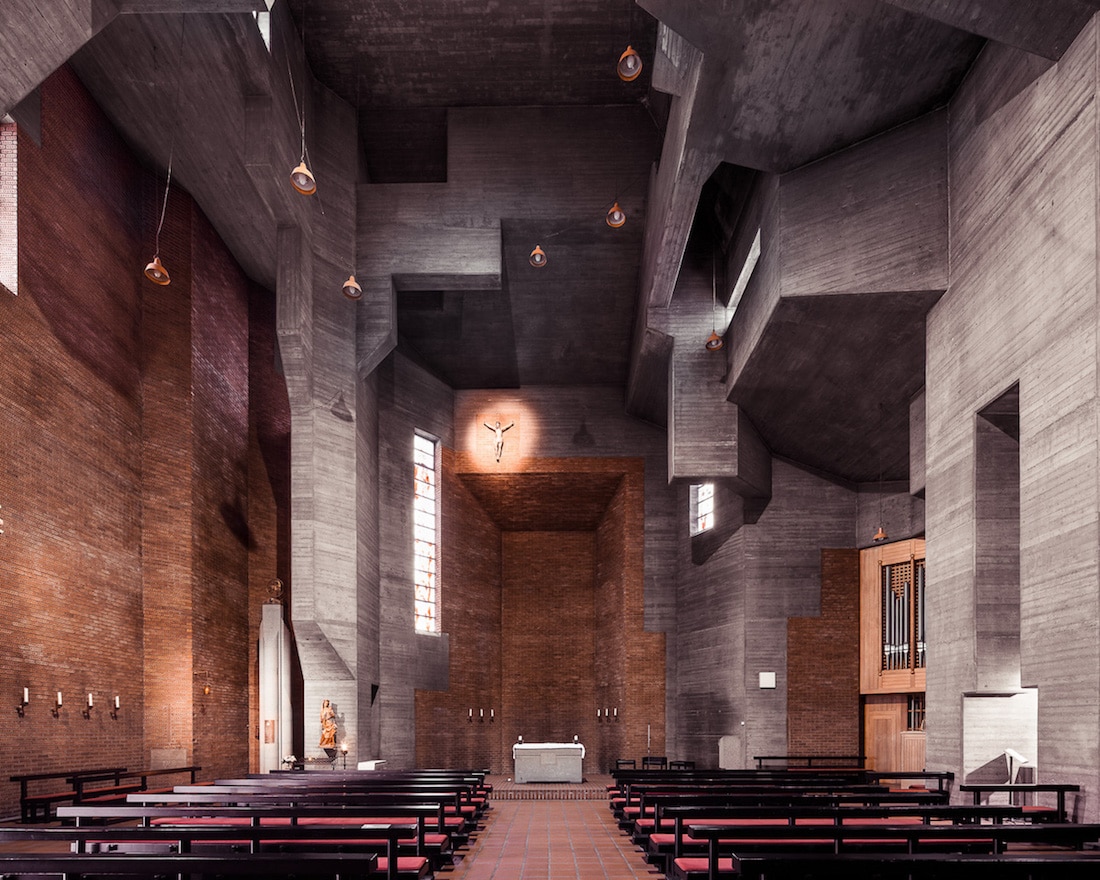 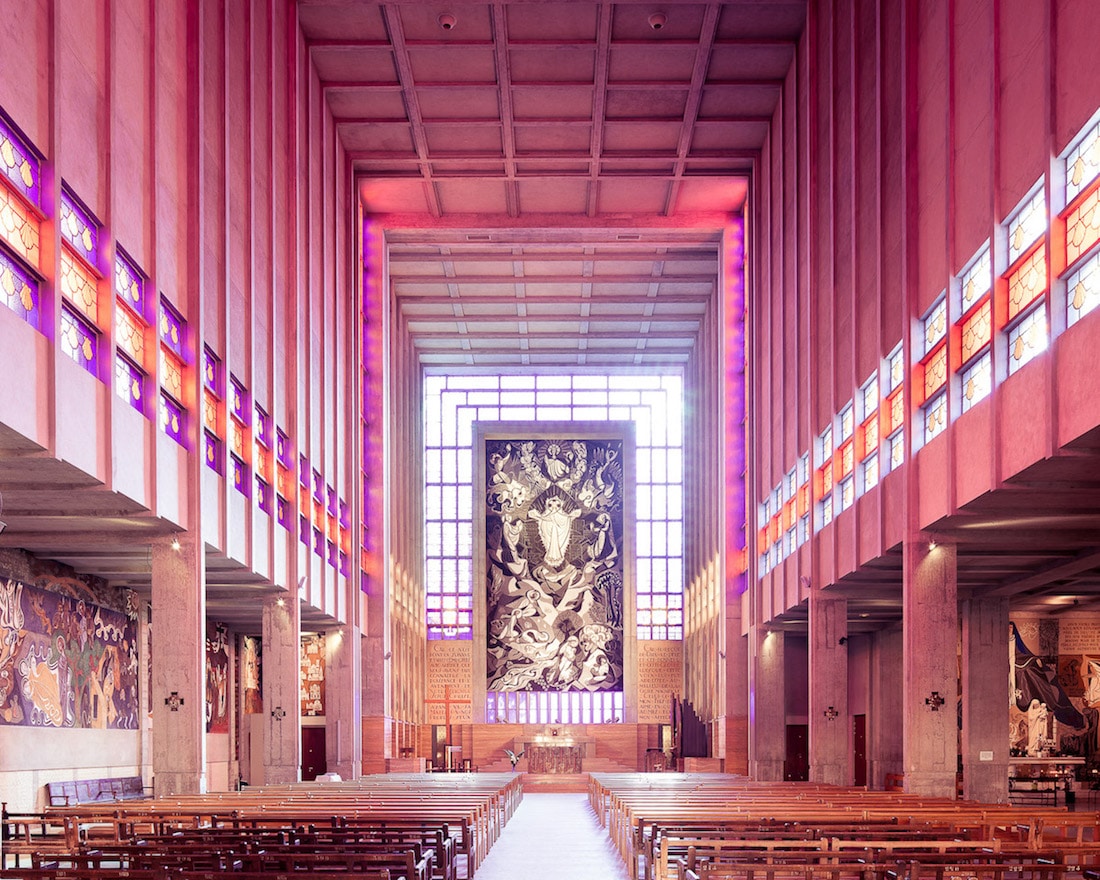 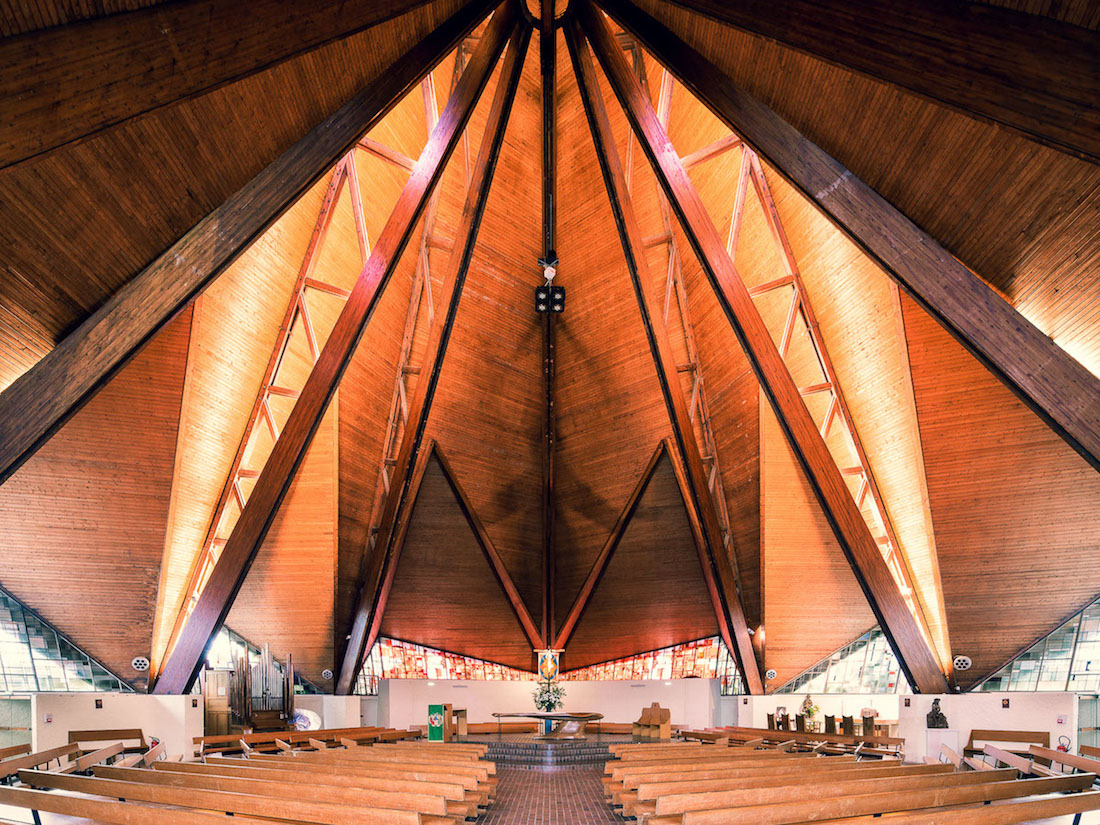 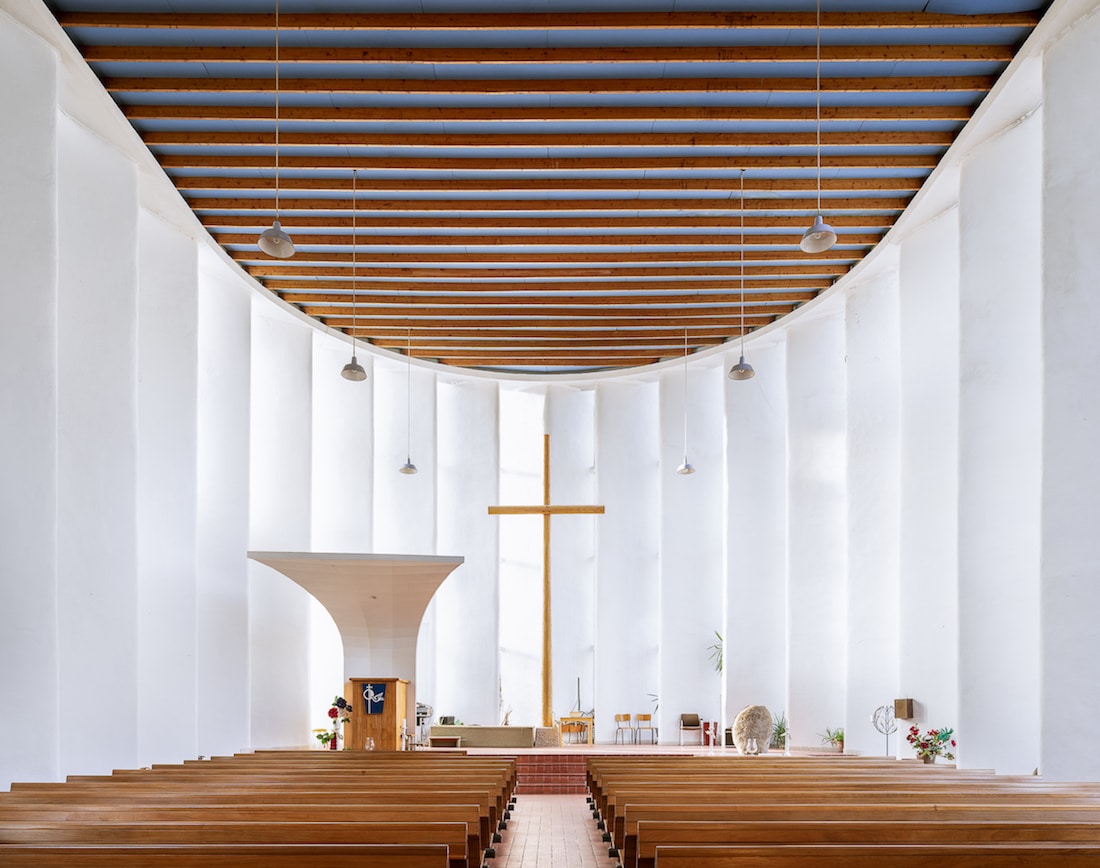 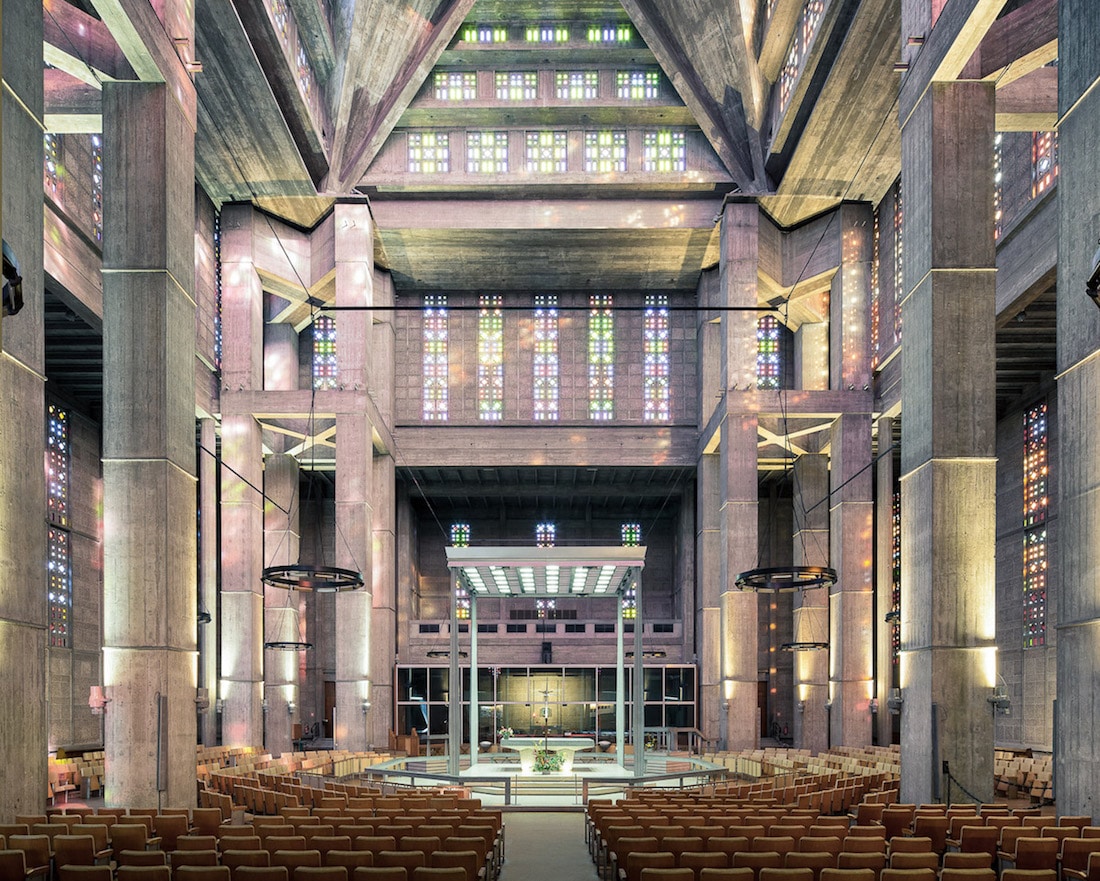 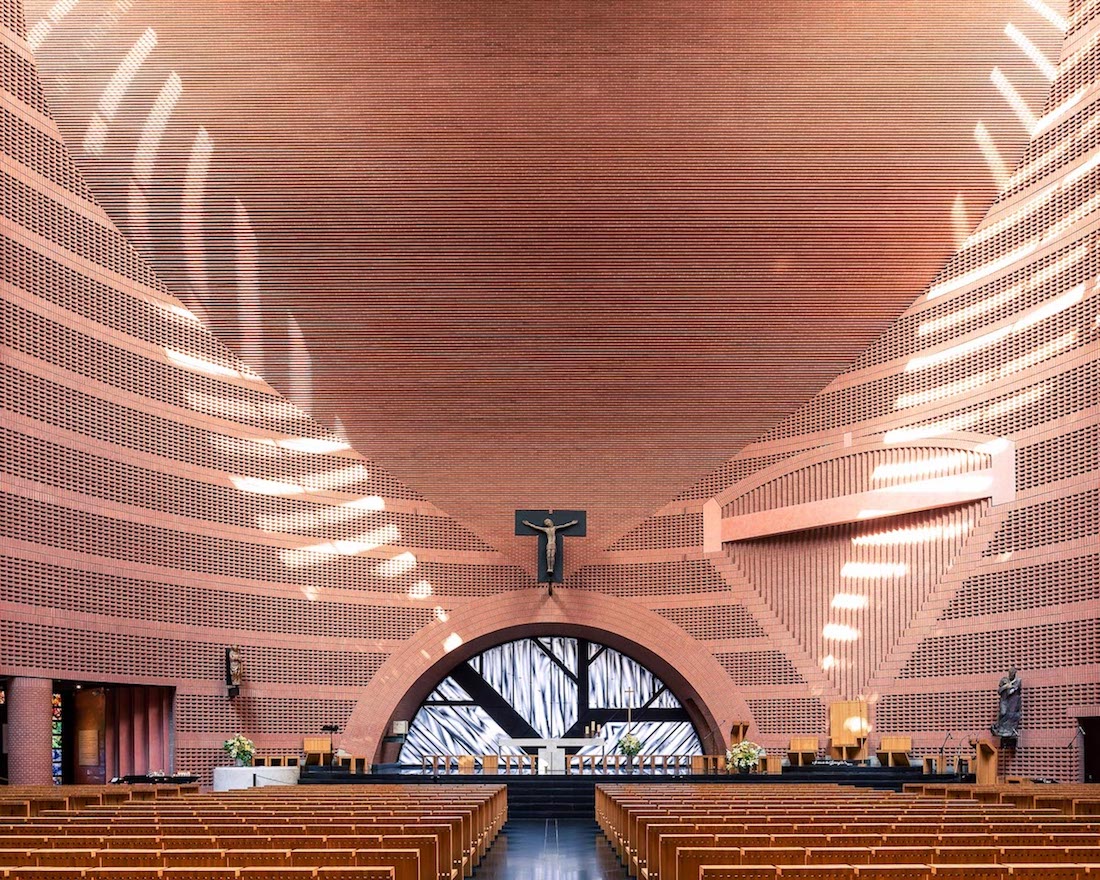 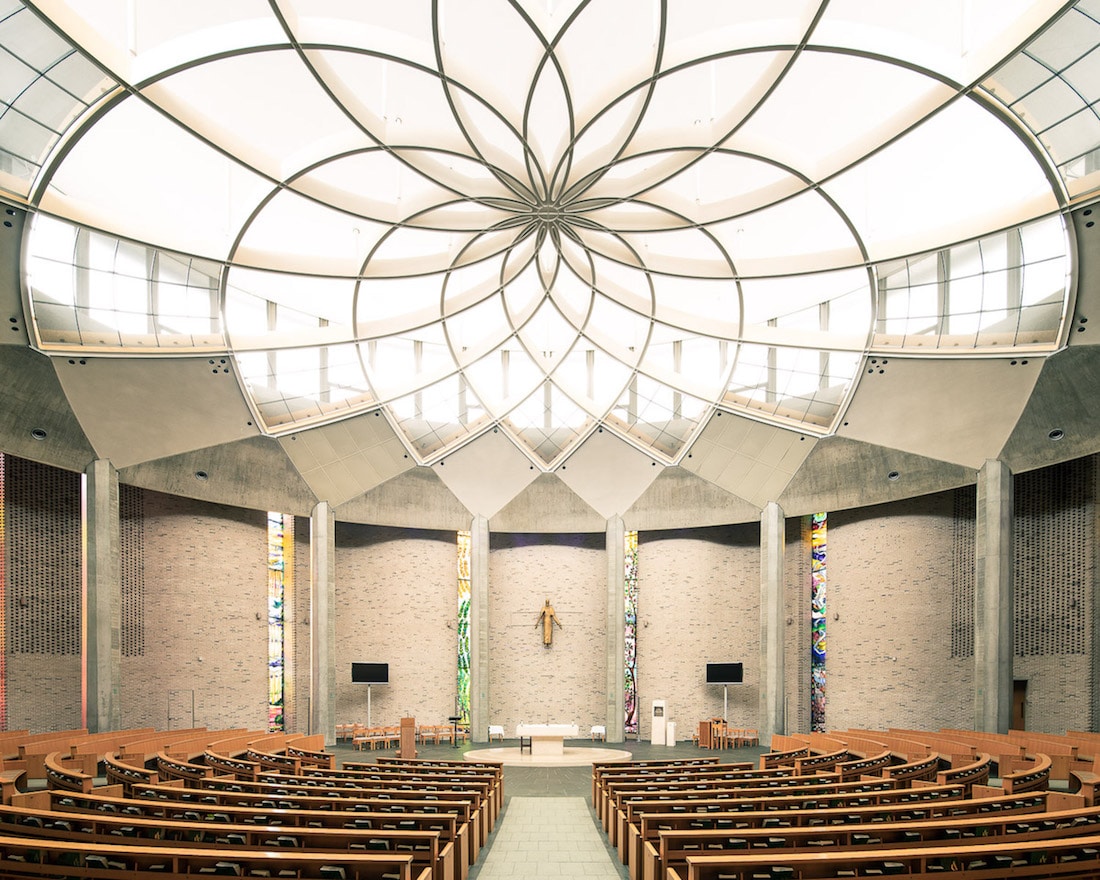 Page 1/2
Like eclectic architecture? Share
Like My Modern Met on Facebook
Get Our Weekly Newsletter
Become a
My Modern Met Member
As a member, you'll join us in our effort to support the arts.
Become a Member
Explore member benefits