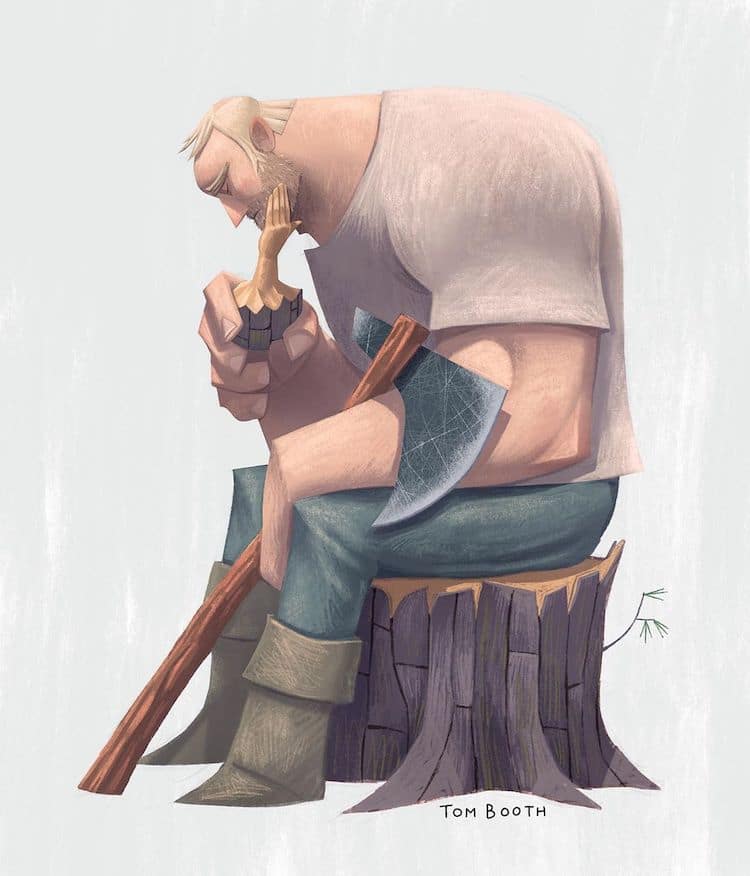 Illustrator Tom Booth creates images that tell stories. Whether it's in the form of a single picture or through a series of them, his tales excel in their character design as well as their ability to have his figures convey emotions ranging from joy to sorrow. Booth does this through a range of media, but some of his most compelling pieces are made with digital drawing and painting.

Booth’s latest illustrations tell the story of a woodworker who appears to be carving his beloved from trees and other chunks of wood. His sadness for this person is palpable and makes the images poignant and often heartbreaking—even though we don't know the entire story yet. Booth is keeping mum about it as the illustrations are still in development. The only thing he reveals is that “it's a story about loss.”

While there are few details about the woodworker at this time, Booth is applying his overall illustration philosophy to the series, which carries into other parts of his portfolio, too. “I'm most inspired by illustration that tells a story through thoughtful design,” he tells My Modern Met. “For most of my life I've pursued illustration as a tool for communicating my ideas, but more recently I've explored its value as a means of self-expression, specifically when it comes to capturing emotion.” 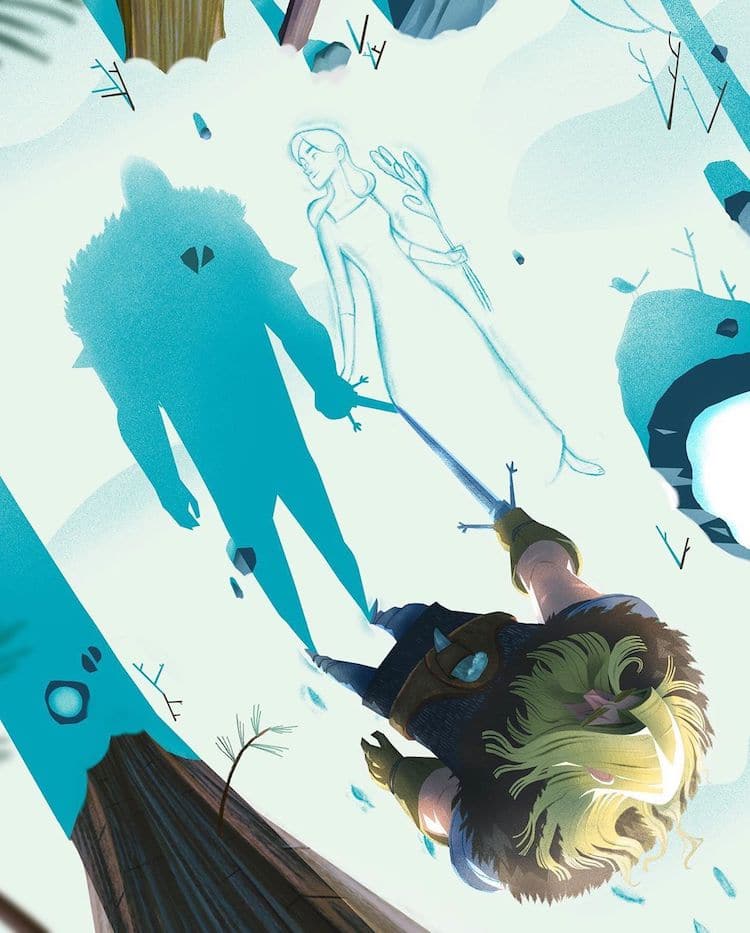 His latest works revolve around a woodworker who is experiencing loss, and the illustrations are poignant and often heartbreaking. 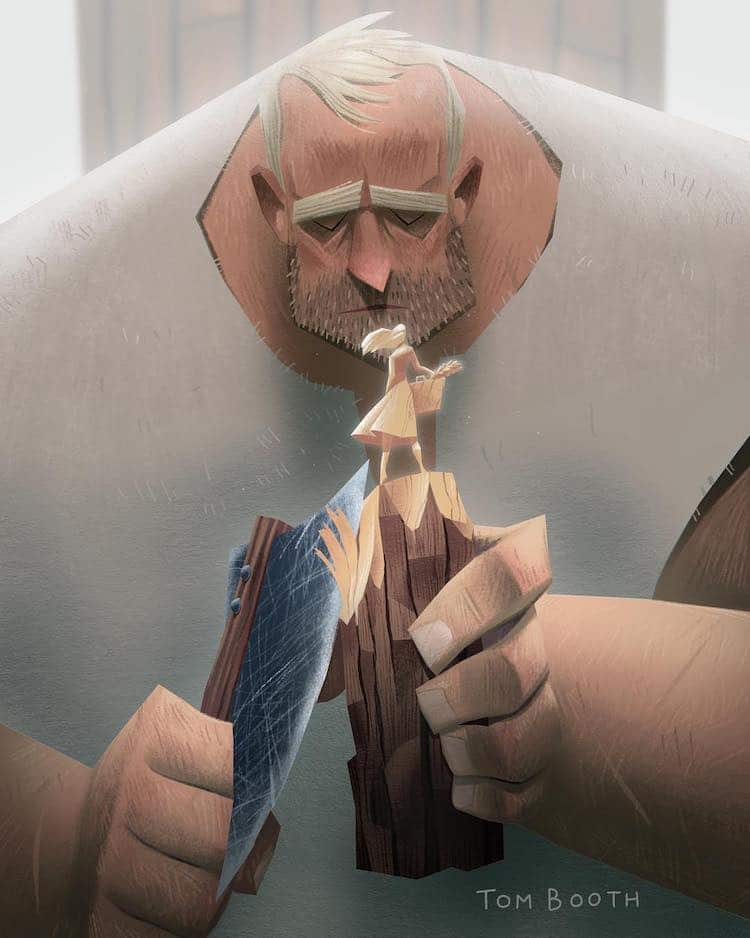 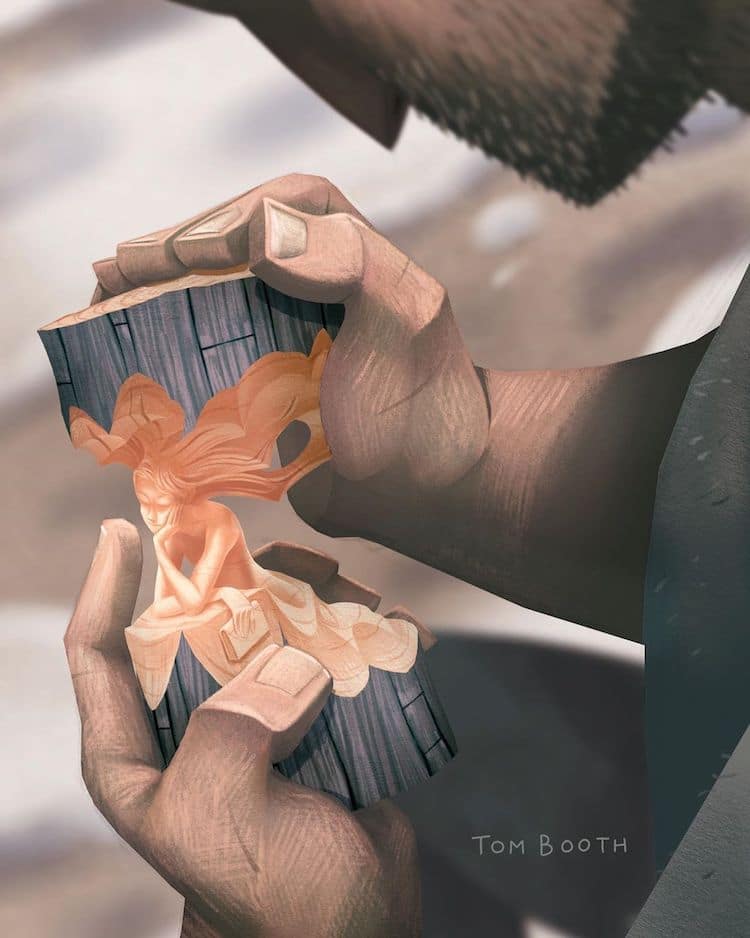 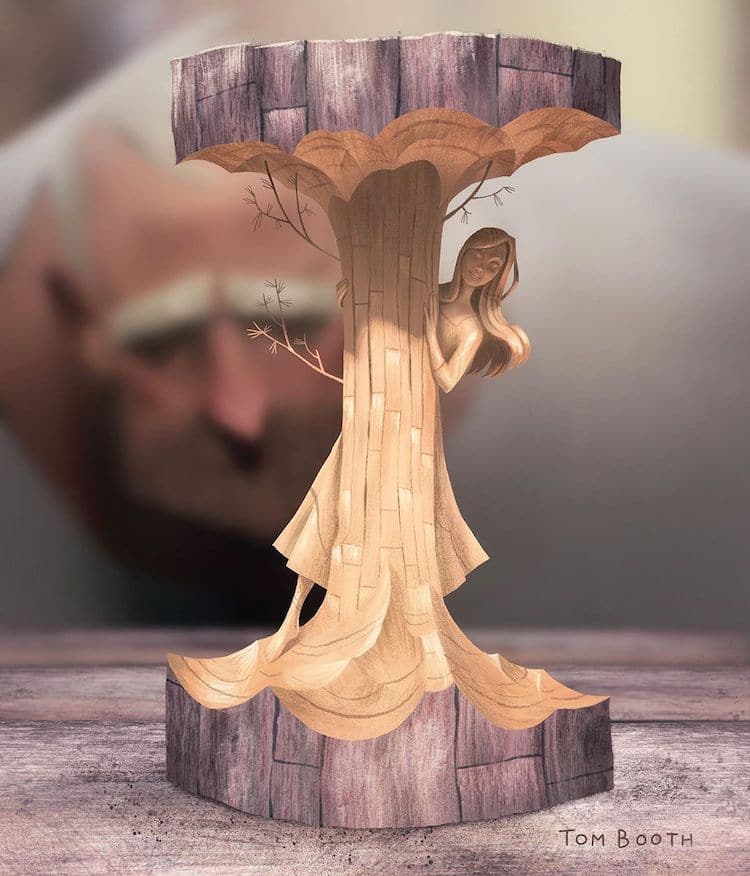 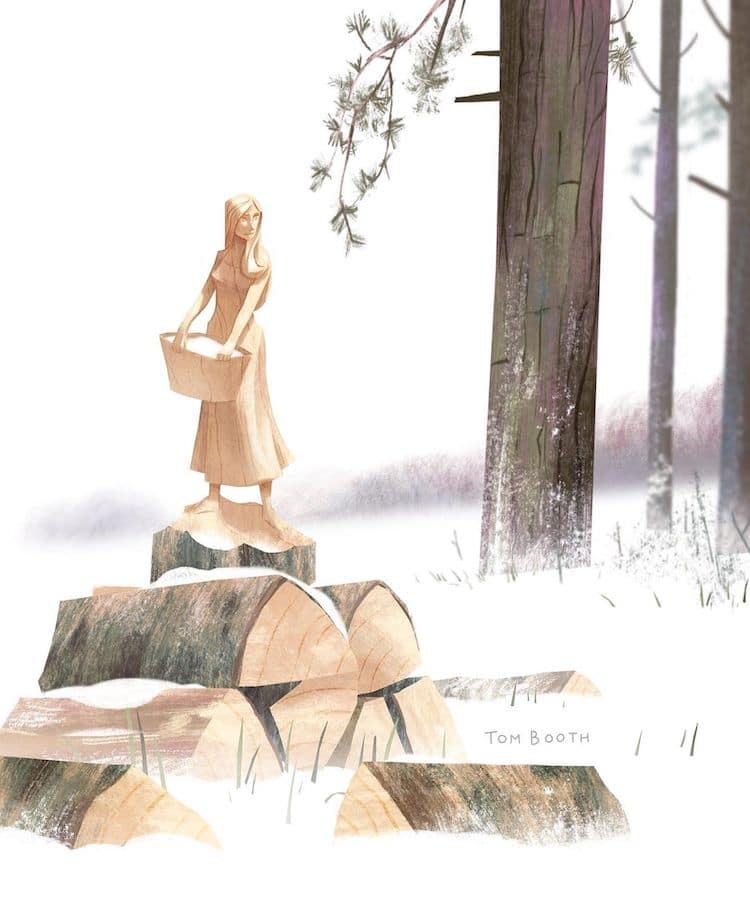 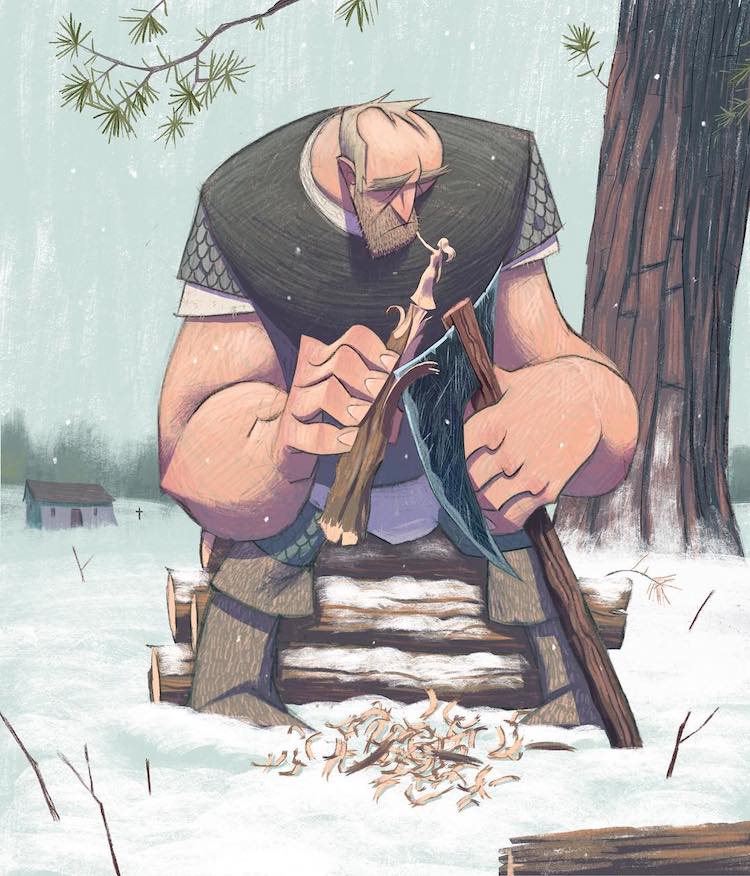 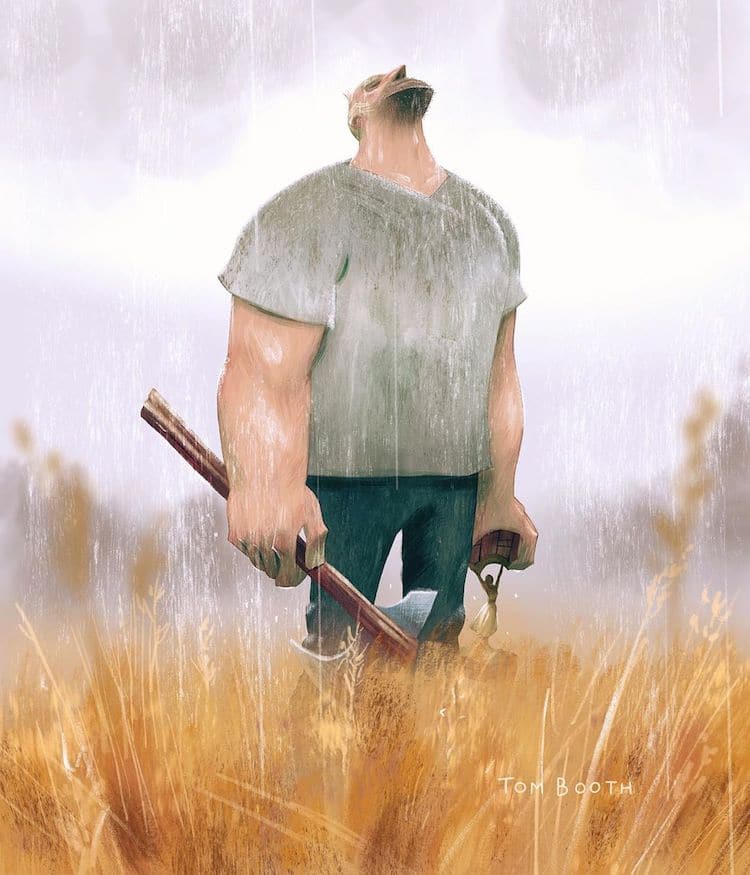 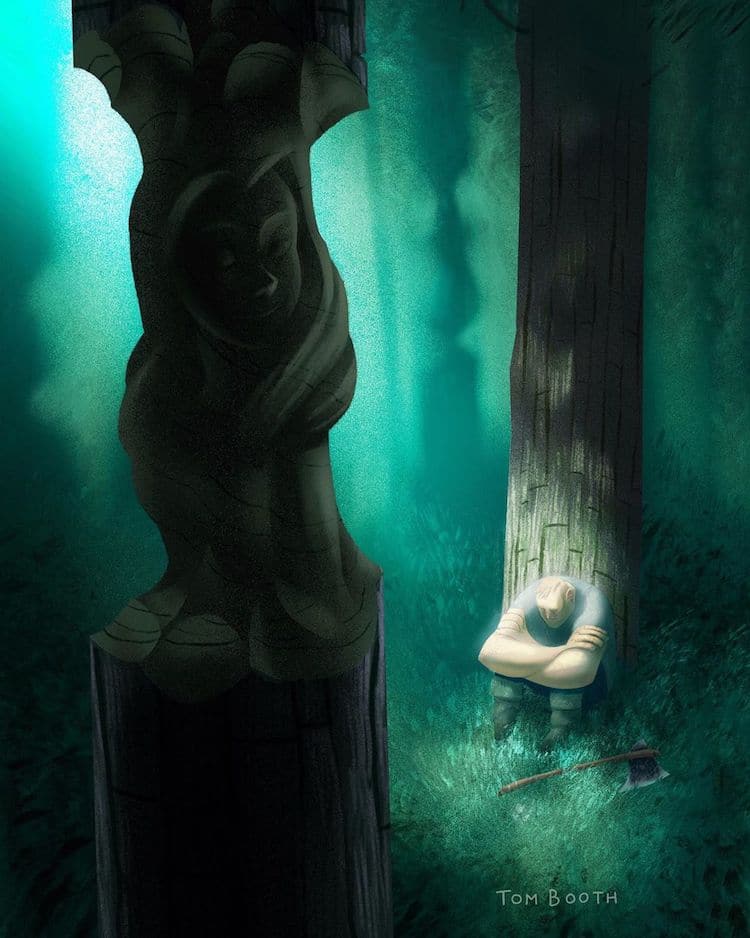 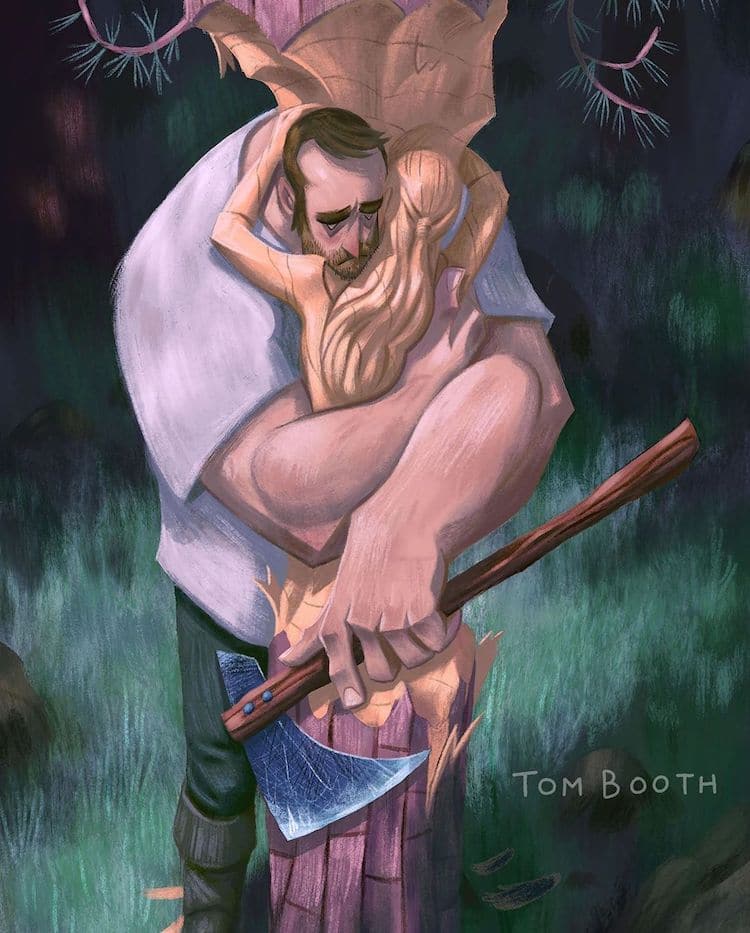 Dreamy Illustrations Explore Human Emotion and Our Connection to Nature