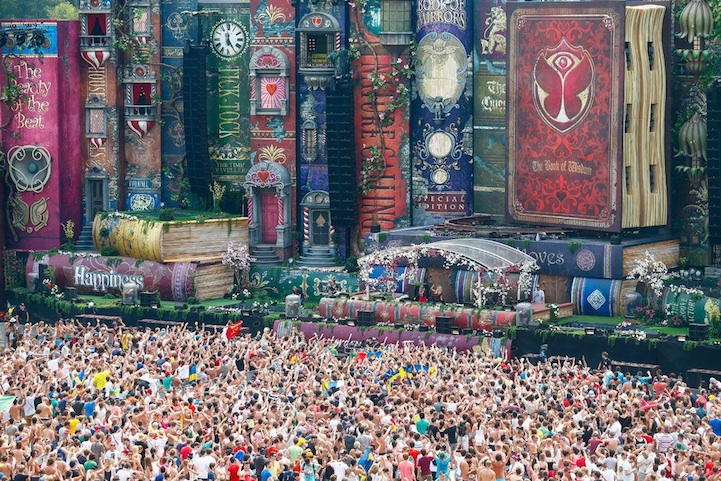 If you were at this year's massive Tomorrowland Festival in Belgium, which took place for three days at the end of June, you may have witnessed the incredibly amazing main stage. ID&T, the Dutch production company behind the event, pulled out all the stops to entertain the over 65,000 attendees (that's just for one day). Touted as one of the world's largest music festival, Tomorrowland is known for their unique fantasy amusement park setting. This year, an entire stage was filled with a library of gigantic fairy tale books to create a sort of magical country. In the middle, sat one large book of LEDs that opened, closed and entertained the crowd.

As Stanton Warriors, the breakbeat duo from the UK stated, “Tomorrowland festival has def upped the stage design game.” Talk about an experience. 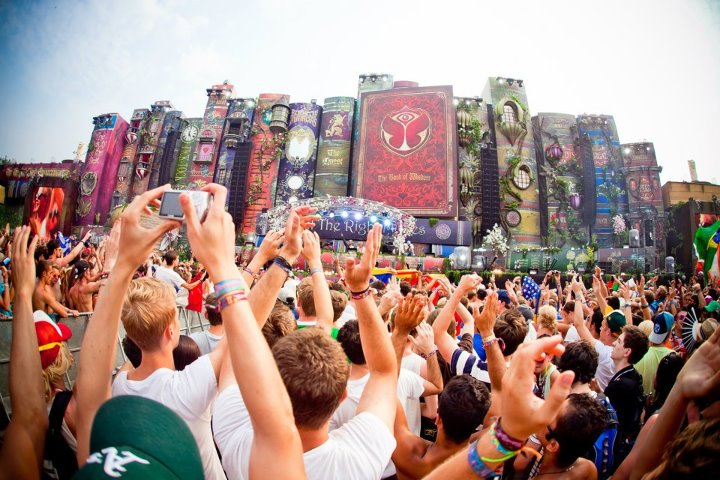 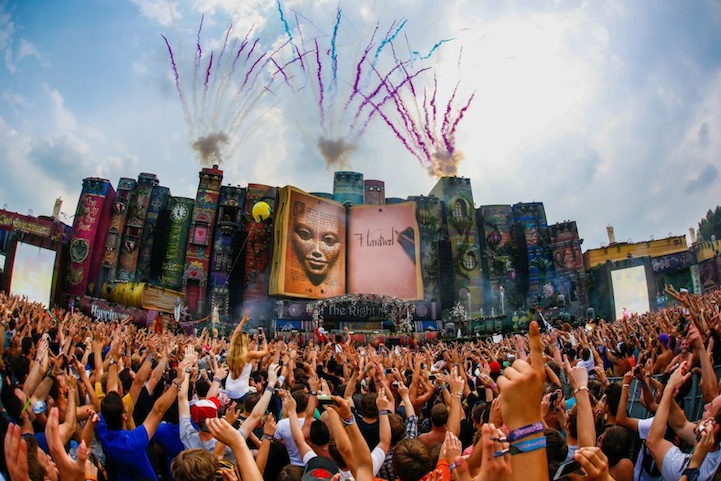 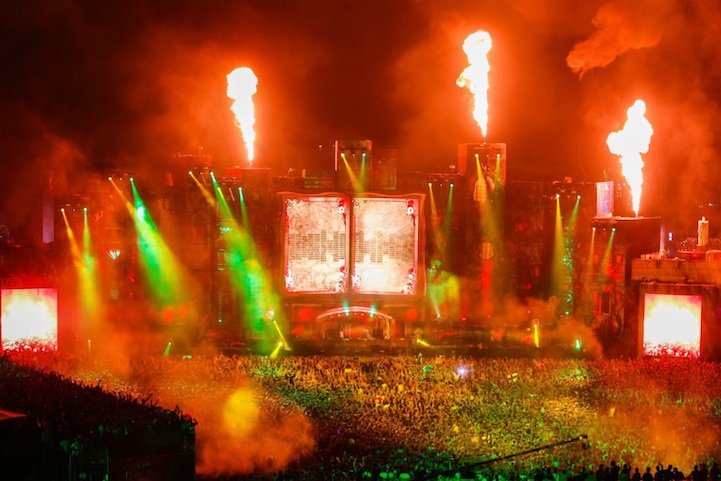 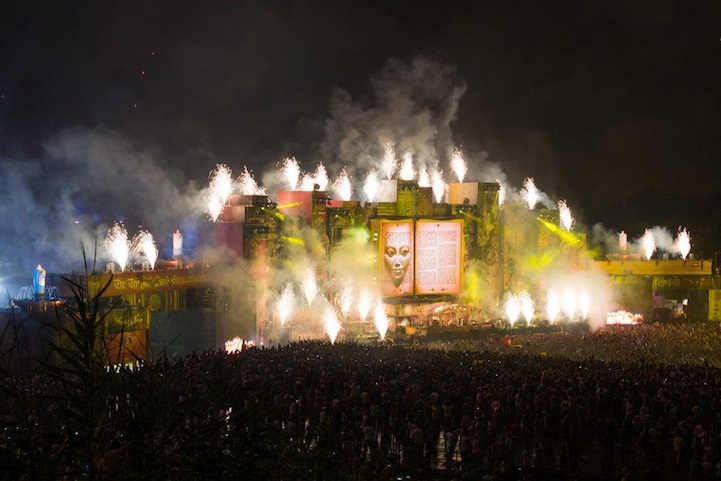 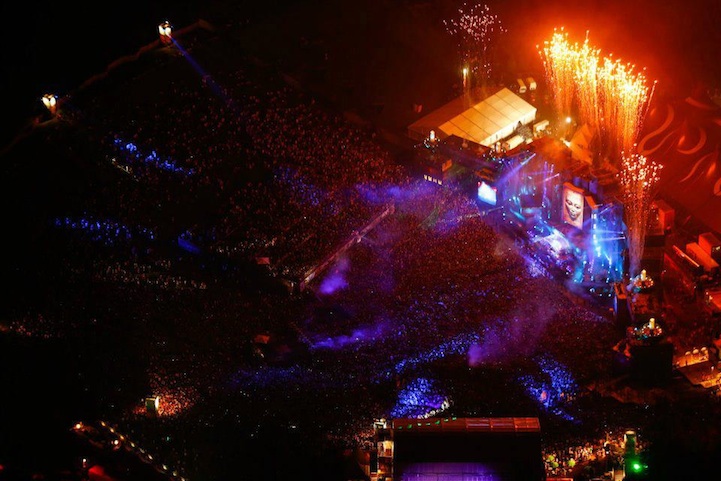 (Did anyone else notice that the name of the pink book on the far left side of the stage (when facing it, first picture in this post) says “The Beauty of the Beat”? Nice!)