Giant Boulder Rolls Downhill and Crashes Through Barn. Incredibly, Another One Stops Inches Short of Home 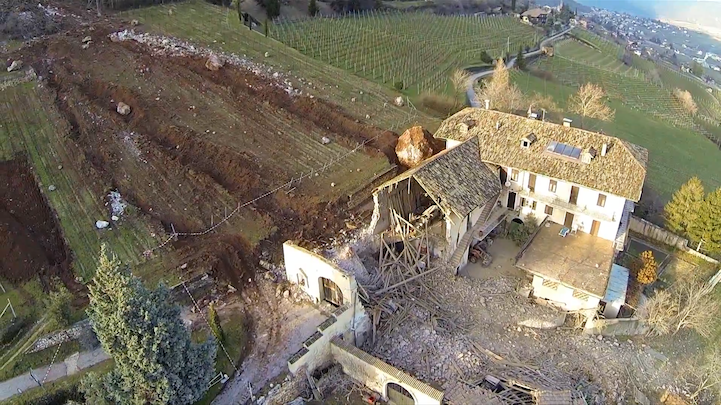 On January 21st, a giant boulder was set loose from a mountain in northern Italy by a landslide and proceeded to rip through a 350-year-old stone barn in Ronchi di Termeno (Tarmin). Though no one in the four-person family was physically injured in the natural disaster, the owner of the house and accompanying vineyard, Trebo Herbert, has been left with tremendous damage to his property. In fact, more than one boulder came in contact with the farm, making for a huge amount of destruction.

It's reported that two chunks of rock, one at about 2,600 cubic feet and the other at 5,650 cubic feet, have demolished the barn housing farming equipment, which include tractors, and smashed through rows of the adjacent vineyard and farmland. Additionally, a massive boulder, which is over 14,000 cubic feet in size, managed to slide down and rest against the house that's connected to the barn. Luckily, it didn't roll through the home.

Markus Hell of Tareom was able to capture aerial footage of the unfortunate aftermath with a drone, which can be seen, below. It is with great hope that sharing these images will catch the eye of charitable individuals because for Herbert and his family, this was all an unforeseen disaster that has created a monstrous obstacle in their daily lives. A donation page has been created to help the Herbert family get back on their feet. 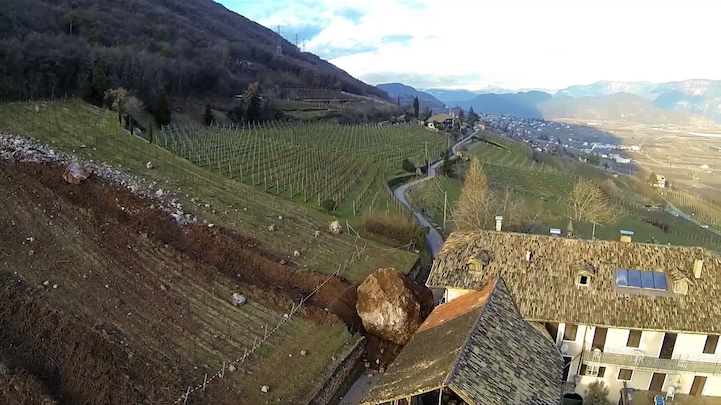 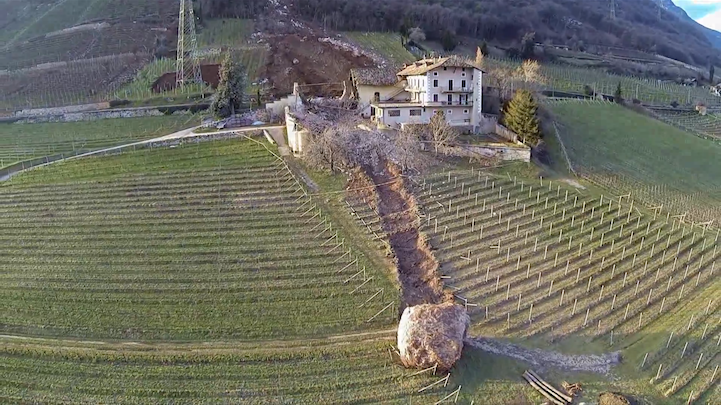 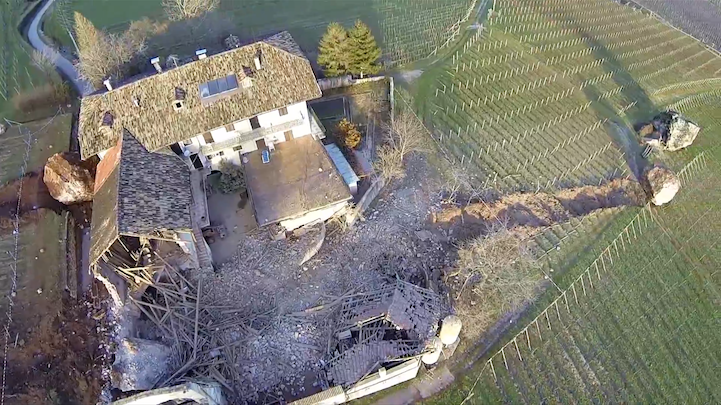 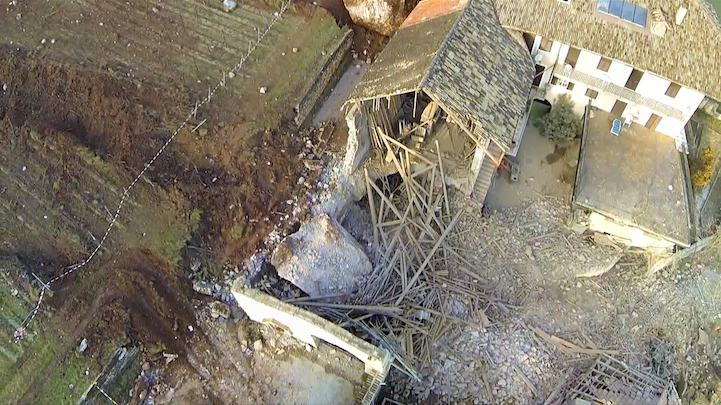 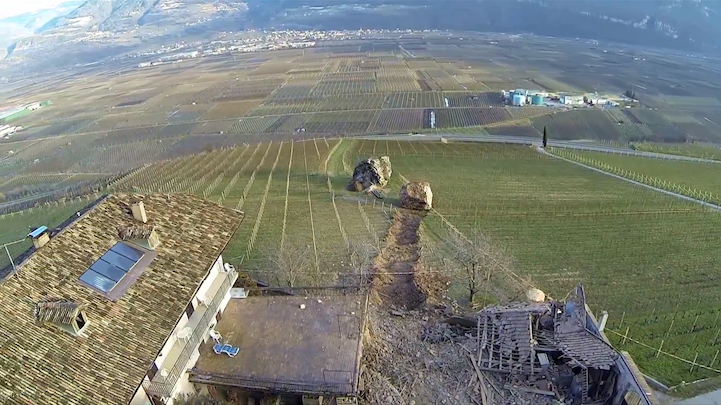