Blending vivid colors, sleek geometric patterns, and minimalist elegance, American designer Travis Purrington offers up a bold new vision for US currency. As part of his design school Master's thesis, he set out to conceptualize a set of bills that shift the focus from enshrining long-deceased American leaders to highlighting America's modern scientific, economic, and environmental achievements.  Purrington's concepts feature such landmarks in the country's history as Chicago's Willis Tower on the ten-dollar bill, and its pioneering role in space exploration on the fifty-dollar note.

The Basel, Switzerland-based designer accomplishes this emphasis on modern America with an equally modern and adept combination of minimalist aesthetics and vibrant pallete, while still retaining some iconic features of currently circulated bills. Alongside the greater richness and prominence of the featured images influenced by the Swiss Franc, the concepts preserve the Federal Government and Treasure Department seals, the Latin motto, and security features. Though these imaginative pieces certainly capture the eye, Purrington intended them merely as a launchpad for reconsidering the current designs, not as proposed replacements in themselves. 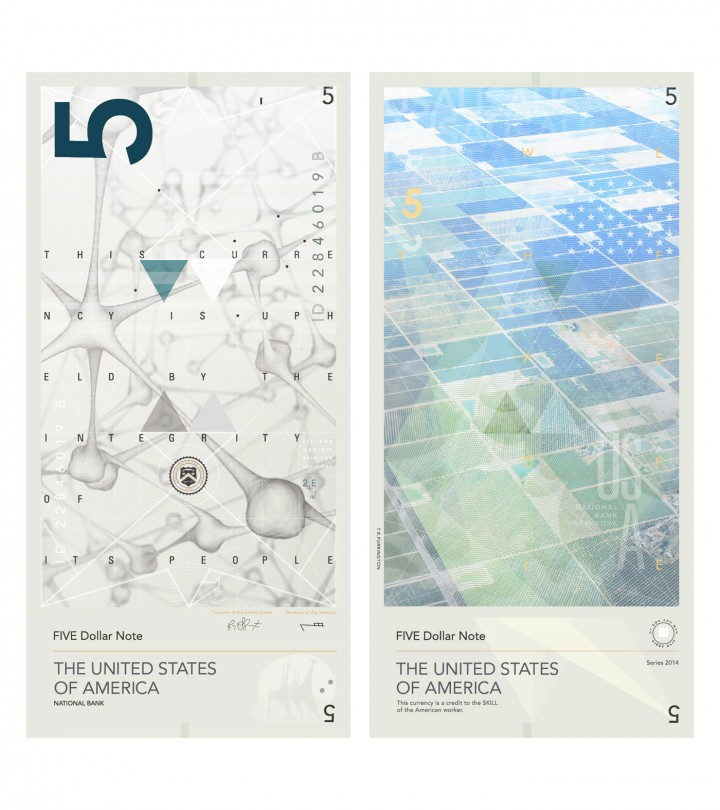 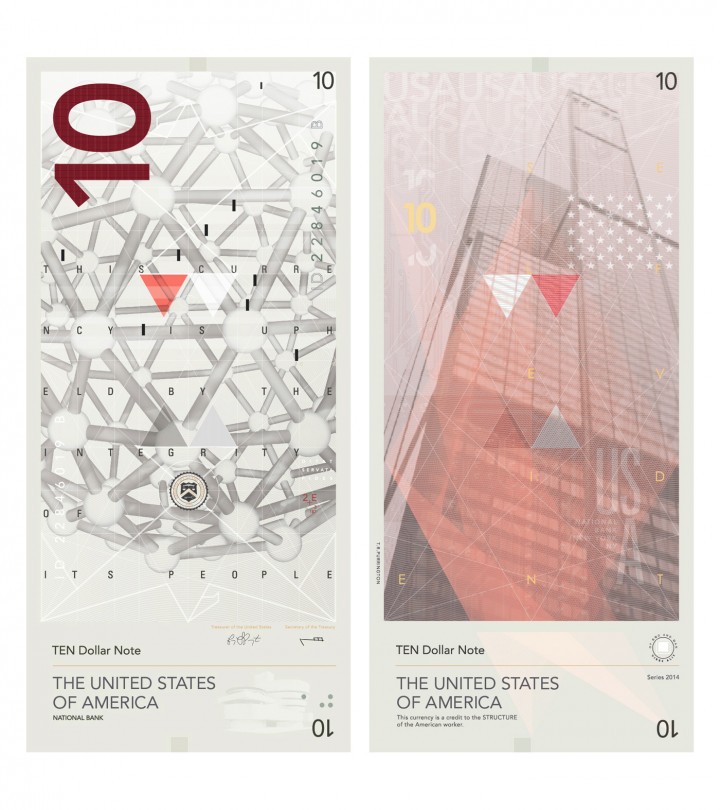 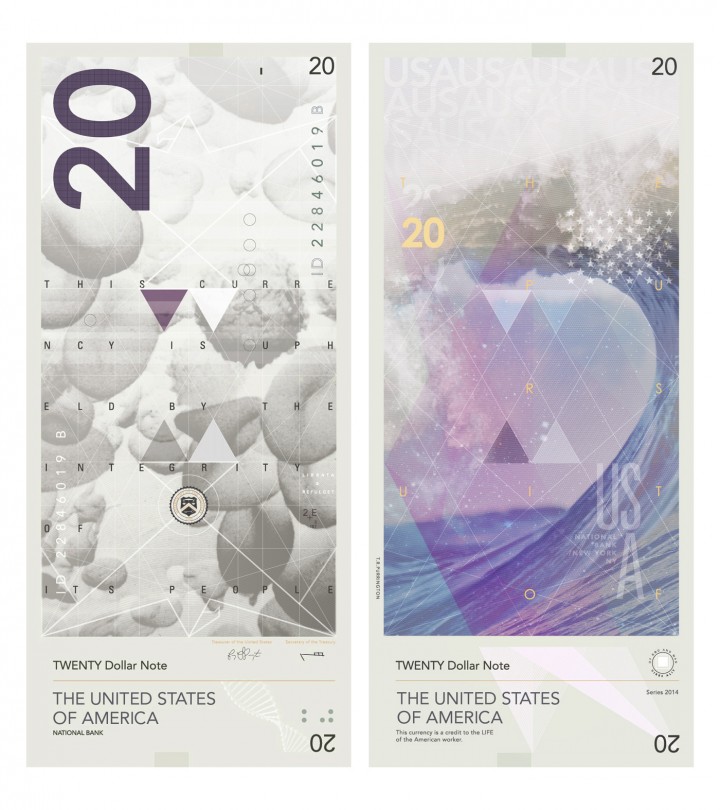 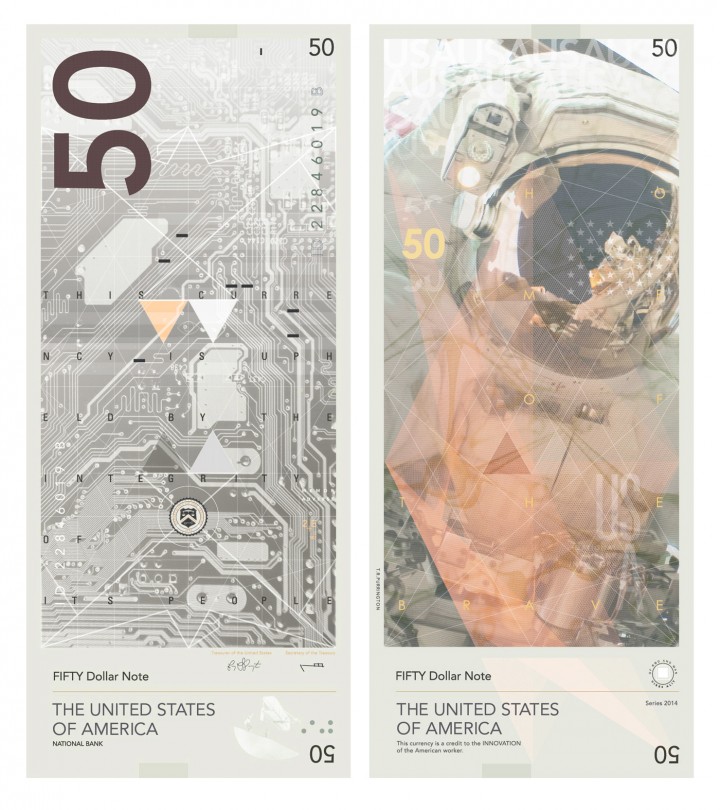 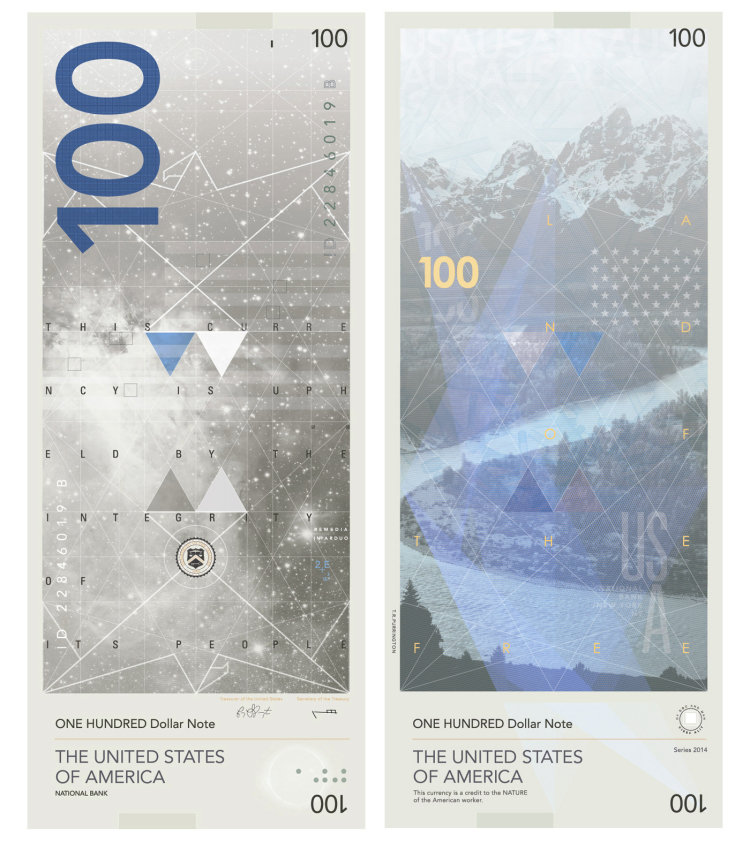 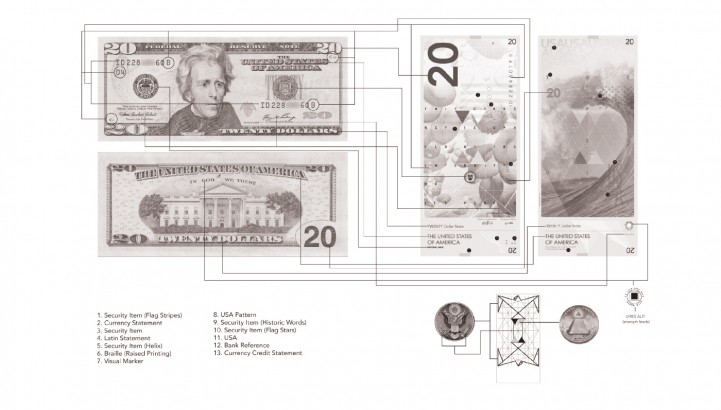