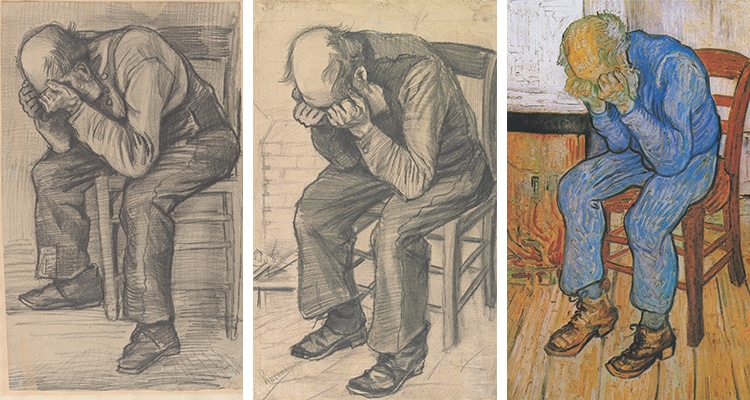 Vincent van Gogh is known for having one of the most iconic artistic styles of all time. Both in drawing and painting, his art stands out for an expressive use of line and color. Now, fans of his work can take a look at a newly identified sketch, which is going on display at the Van Gogh Museum until January 2, 2022.

The “new” pencil sketch, entitled Study for Worn Out, resembles other pieces of the Dutch master's oeuvre, notably the drawing Worn Out and the painting At Eternity's Gate. Like the others, it depicts an old man sitting in a chair and holding his head in his hands. “As a knowledge center dedicated to the work of Vincent van Gogh and his contemporaries, we’re delighted with this discovery, with which we’ve again done justice to our specialist field,” says Emilie Gordenker, director of the Van Gogh Museum. “It’s quite rare for a new work to be attributed to Van Gogh. We’re proud to be able to share this early drawing and its story with visitors to our museum.”

It came into possession of the Van Gogh Museum when a Dutch family requested that specialists take a look at their unsigned drawing. After some time, the staff formally recognized the piece as an official Van Gogh work. “In stylistic terms, it slots perfectly into the many figure studies we know from Van Gogh’s time in The Hague and the connection with Worn Out is obvious,” explains Teio Meedendorp, senior researcher at the Van Gogh Museum. Experts have also pinpointed the exact time the drawing was made, which is most likely at the end of November in 1882, when the artist was just 29 years old. During this time, Van Gogh wrote in his letters to his brother Theo and artist Anthon van Rappard about the development of Worn Out.

“The artist began by drawing a grid on the paper, which tells us that he worked with a perspective frame to help him capture a figure quickly with the correct proportions,” Meedendorp continues. “He then worked the sheet up in his characteristically expressive drawing style: not refined, but with energetic scratches and strokes and laying down contours, in search of a pithy image with special attention to effects of light and shade.” In addition, the 9″ x 12″ sketch also features materials used in other Van Gogh drawings, including a carpenter's pencil, thick watercolor paper, and a fixative of water and milk.

Study for Worn Out will be on display on the first floor of the Van Gogh Museum‘s permanent collection until January 2, 2022. It will be exhibited alongside other works from the same period, including the drawing Worn Out.

A newly identified Vincent van Gogh drawing is going on display for the first time at the Van Gogh Museum in Amsterdam. 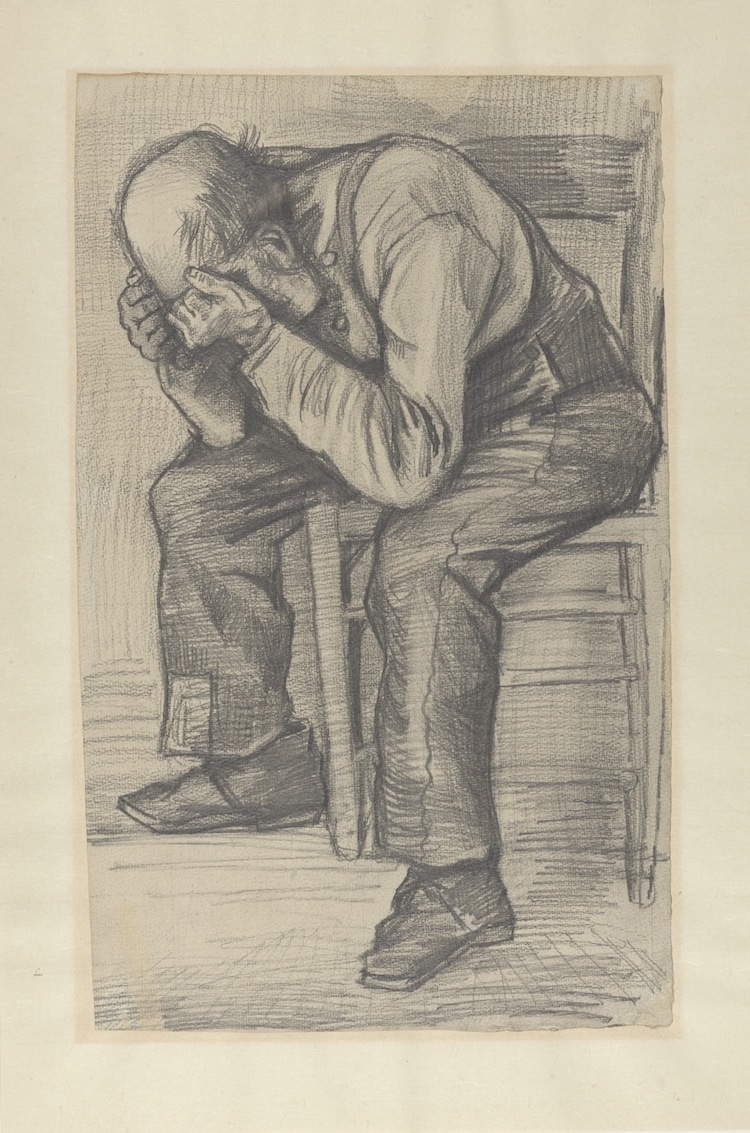 This sketch is similar to another drawing made by the Dutch artist entitled Worn Out, as well as a painting called Sorrowing Old Man (At Eternity's Gate). 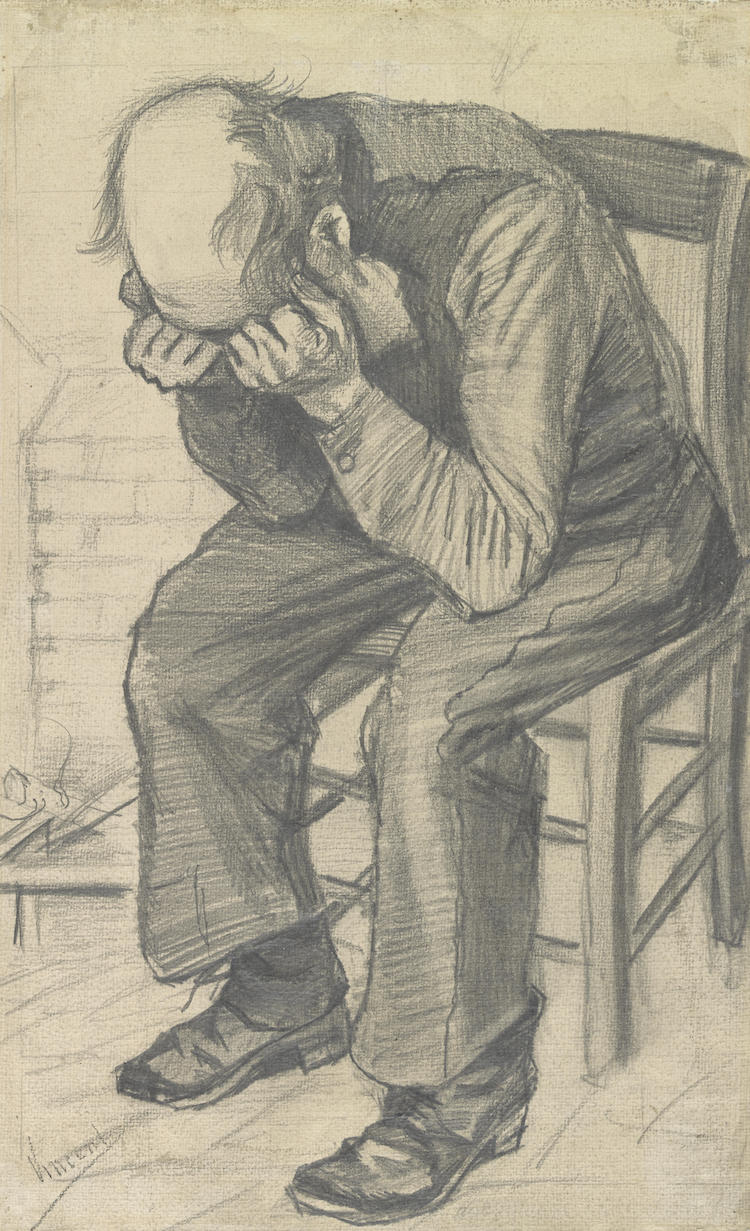 It will be on view on the first floor of the Van Gogh Museum's permanent collection until January 2, 2022. 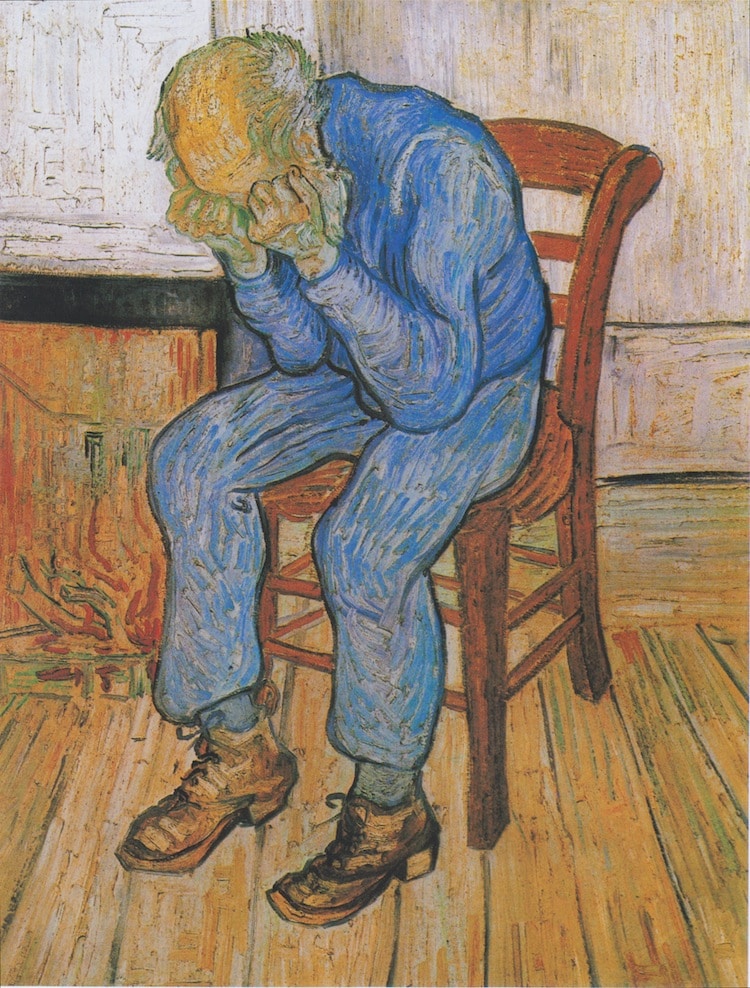