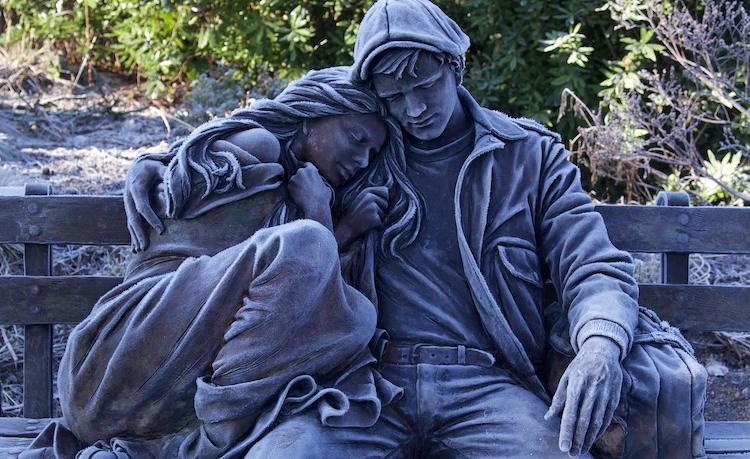 Frost makes grass crunchy and signals that winter is on its way. However, as Redditor shawneffel discovered, frost can also transform sculptures by adding highlights which draw out the texture of the metal. While visiting the VanDusen Botanical Gardens in Vancouver, British Columbia, shawneffel snapped an image of the park's resident romantic sculpture—Departure by American artist George Lundeen. The light layer of icy dusting on the poetic sculpture adds an illusive highlight to the piece. Under morning frost, the lifelike bronze sculpture of an embracing couple looks almost like an old drawing or photograph come to life.

Shawneffel's reddit post of the frosty statue has since gone viral. The image has been upvoted over 111,000 times so far, with one Redditor noting it is like nature's “irl HDR.” Though bronze sculptures are typically designed to use light and shadow to maximum advantage, the frost actually reduced the reflective shine of the work and instead rendered a matte surface. This ephemeral chilly moment contrasts with the warm embrace. However, it is also rather appropriate, as the woman can be interpreted as curling into the man for warmth.

This particular statue, which was installed in 2013, has reinvigorated art enthusiasts and sparked an interest in its origins. According to BC Write, the statue sprung from an image of a couple in an Italian train station in 1973. The artist, Lundeen, made a sketch in that moment. The sketch later inspired several sculptures. Lundeen used human models to sculpt in clay before casting in bronze. Several examples and variations of Departure exist. Whether the statue was named for a metaphorical sad moment or the immediacy of a train leaving the station, it clearly holds a lot of human emotion captured in the body language of the two figures.

Since gaining attention on Reddit, this image has inspired many other Redditors to share tales of the beautiful statues covered in snow in their own areas. Ultimately, this stunning image is a testament to exploring your city and seeing what the world has in store.

Redditor shawneffel snapped an image of a frosty statue in Vancouver. The image has since gone viral for its stunning frosted highlights. 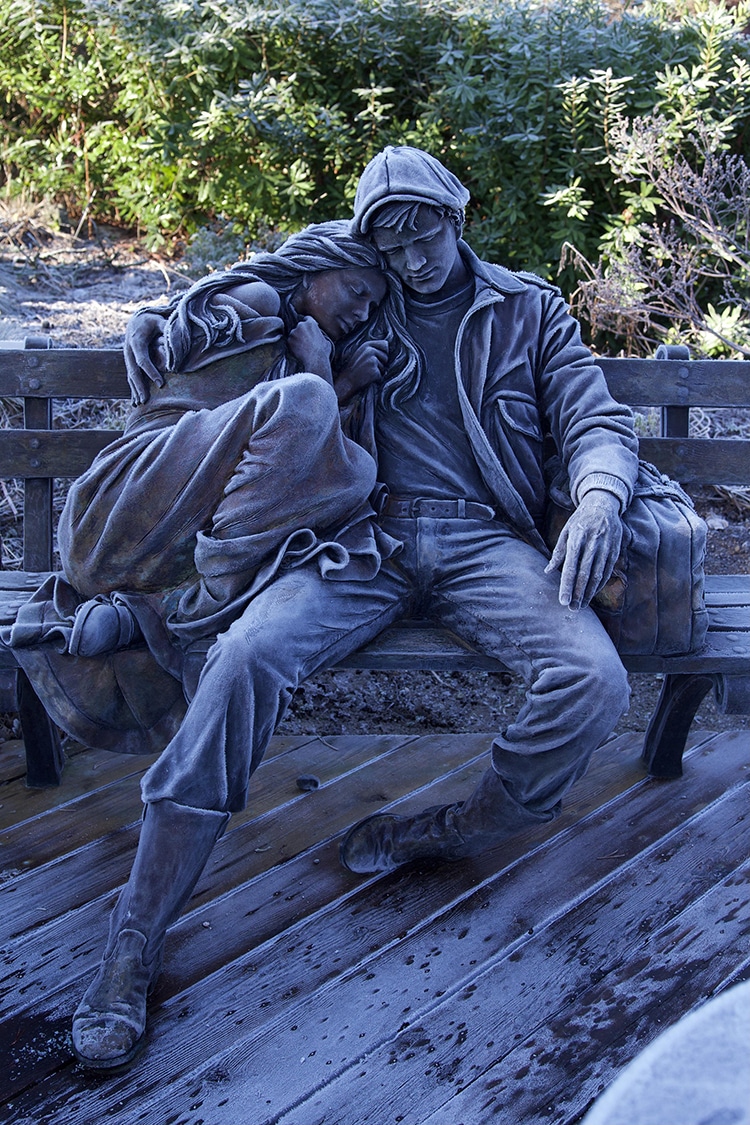 My Modern Met granted permission to feature photos by shawneffel.