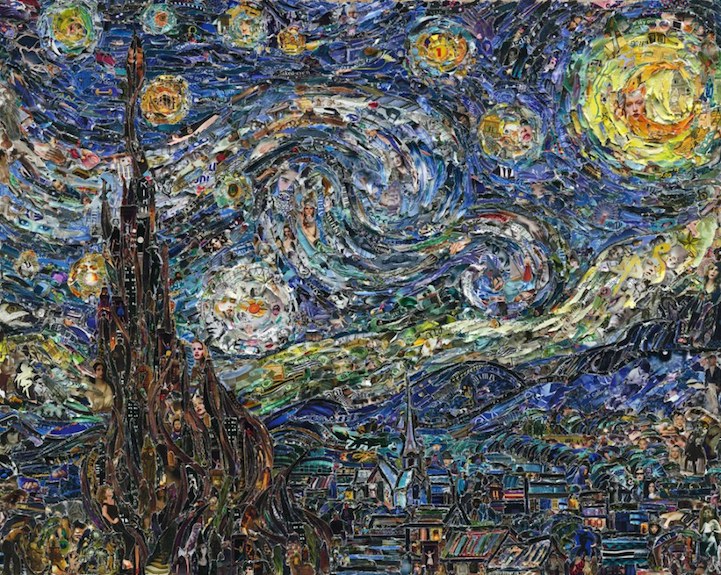 Printed matter like news magazines, advertising campaigns, and comic books are just some of the raw materials used in Vik Muniz's meticulously-crafted collages. The artist, who lives and works in both Rio de Janeiro and New York, takes irregularly-sized strips of paper and assembles the hundreds (if not thousands) of individual parts into one cohesive image.

Muniz depicts classic paintings from the 19th century by artists like Manet, Degas, and Van Gogh. The recomposed collages look painterly, and the torn pieces give the impression that they're large, overlapping brush strokes. From far away you can tell what an image is of – a woman at a bar, ballerinas stretching, a starry landscape – but it's up close that you're able to marvel at all of the individual elements contained in the composition. We see fragments of faces, two letters of a headline, small animals, and much more within these incredible works. 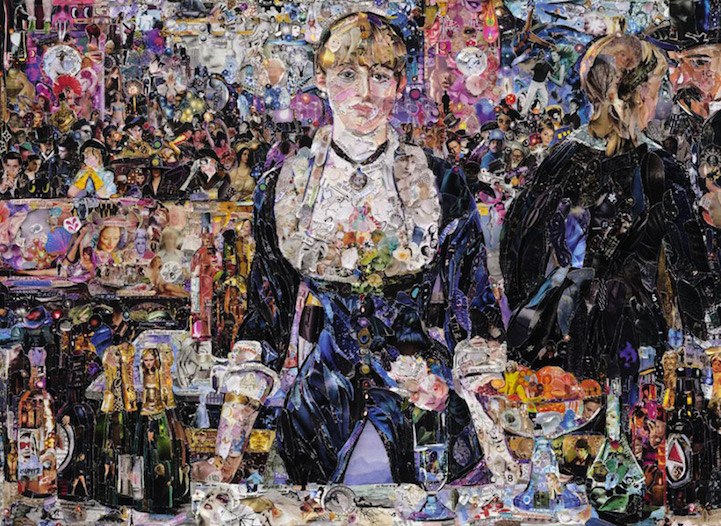 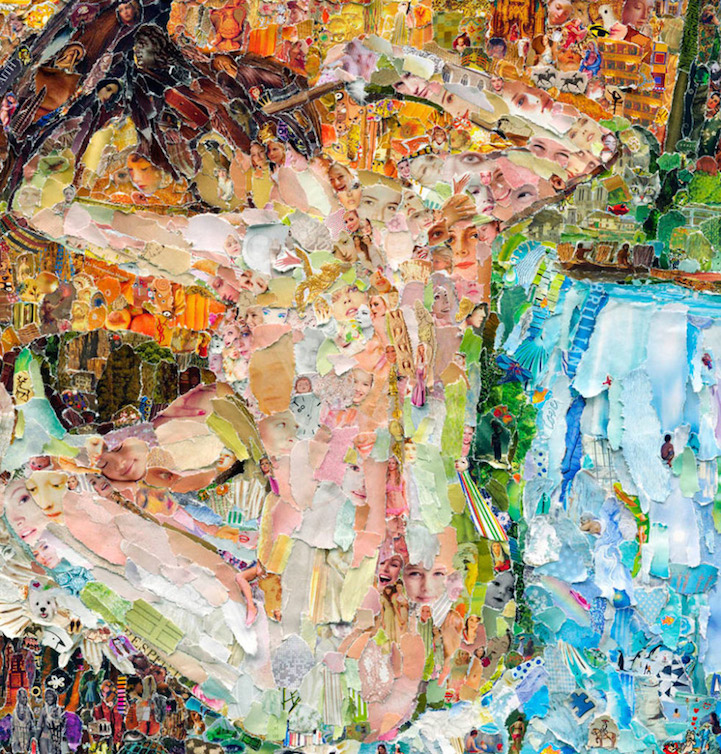 After the Bath by Edgar Degas 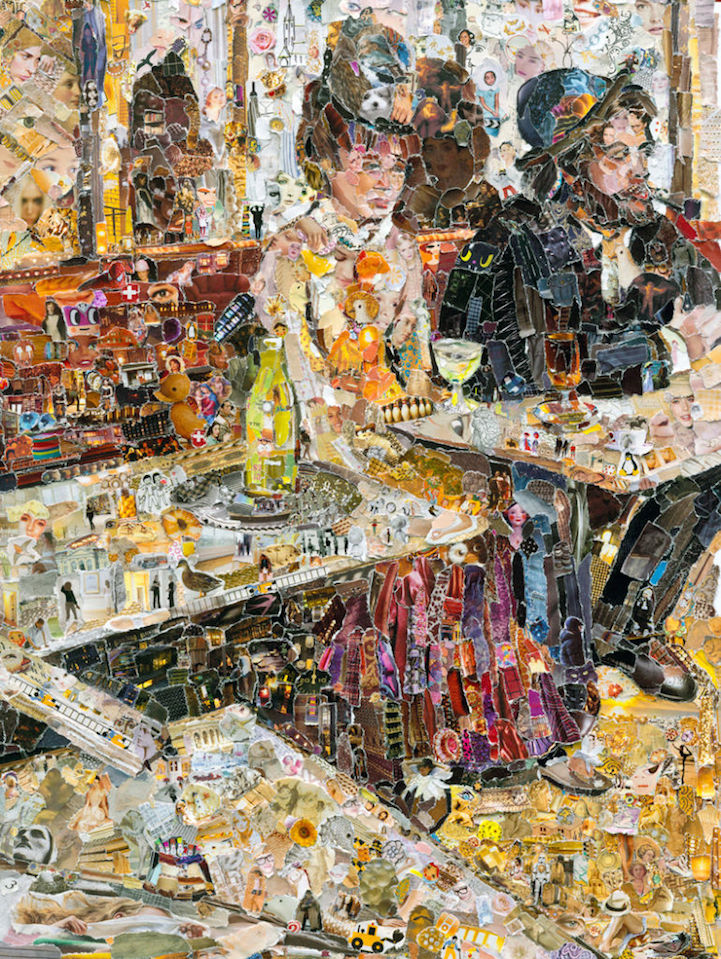 The Absinthe Drinker by Edgar Degas 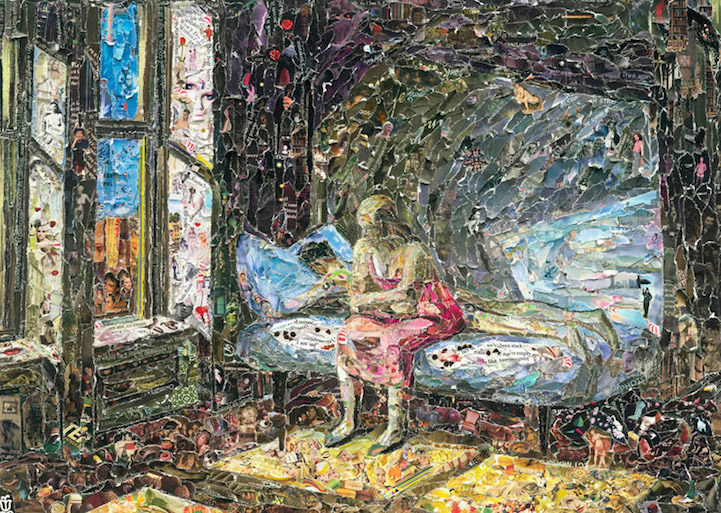 Summer in the City by Edward Hopper 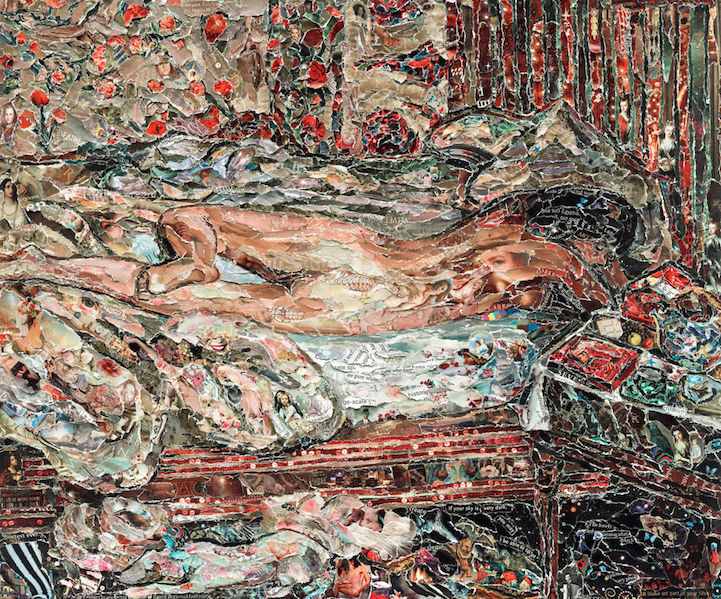 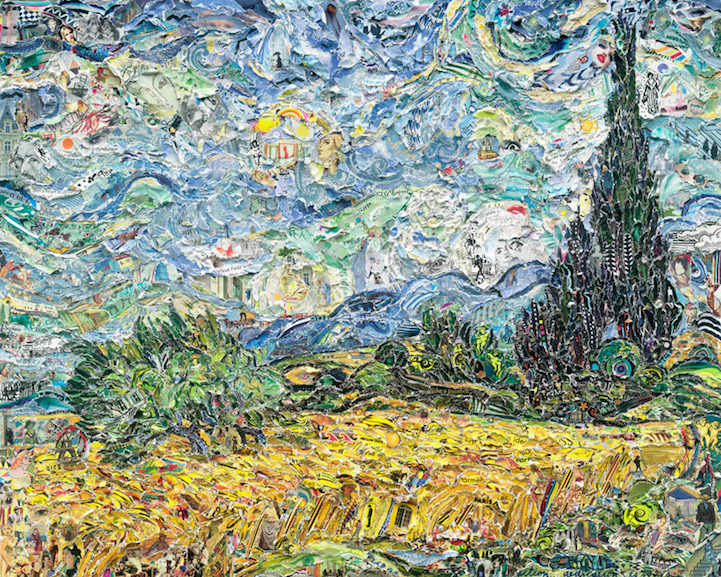 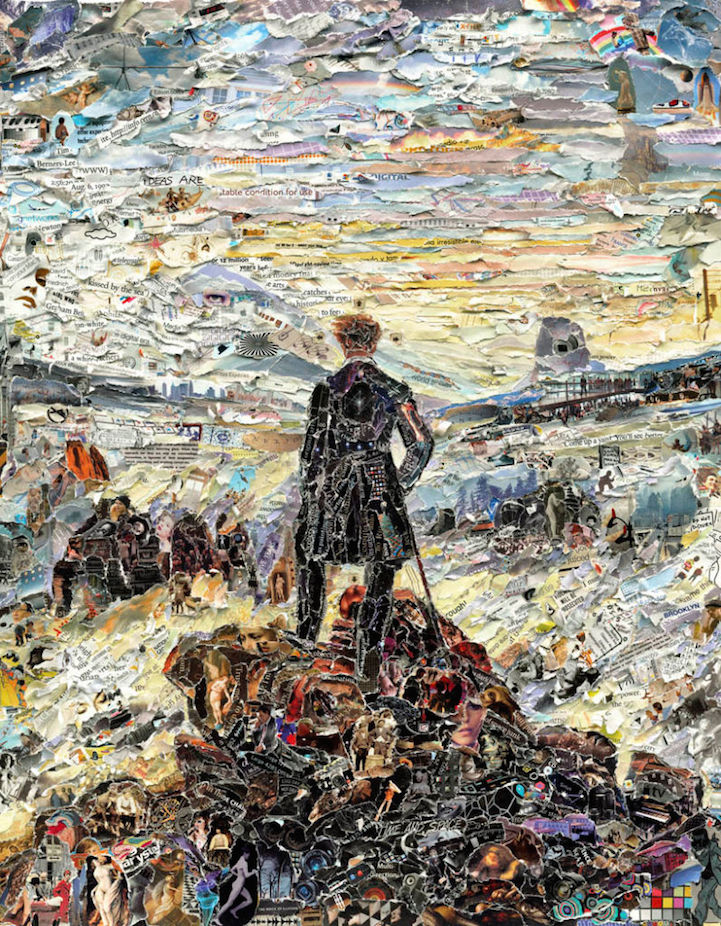 Wanderer Above the Sea of Media by Caspar David Friedrich 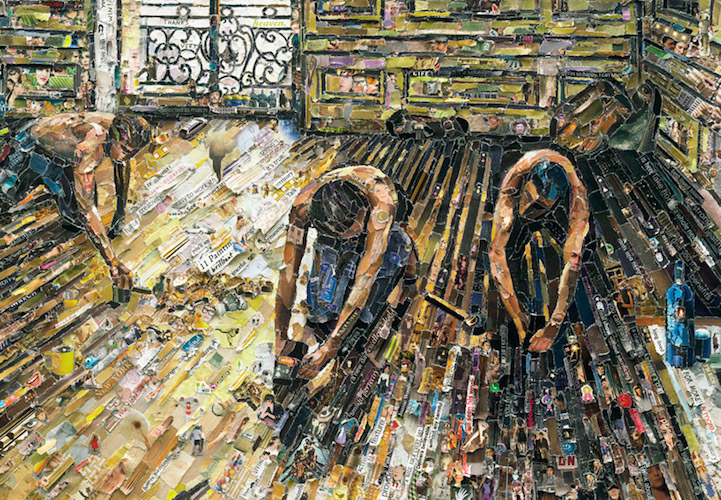