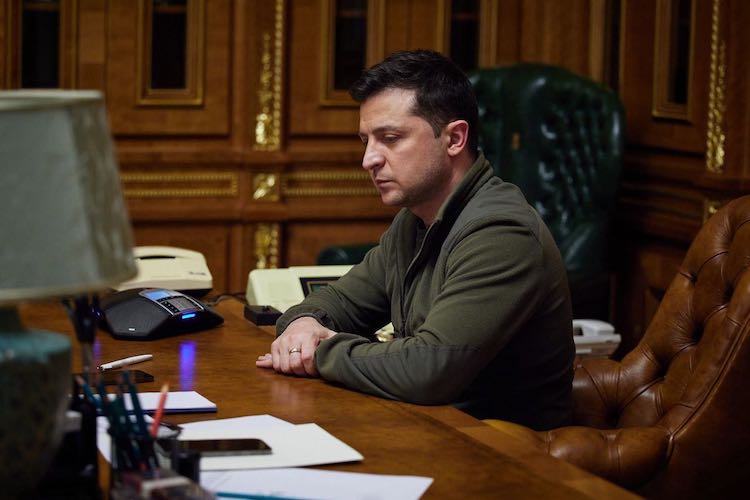 When Ukrainian president Volodymyr Zelenskyy took office in 2019, some were skeptical. As a former actor and comic without any experience in politics, there were questions about whether or not he would be up to the task. But since the invasion of Ukraine at the hands of the Russians, Zelenskyy has more than risen to the occasion. His impassioned speeches and his decision to remain in the country have moved his people and the international community. Being hailed as a global hero, he's ensuring that Ukrainians know that he is with them every step of the way.

Though Zelenskyy earned a law degree, it was his career as an actor that first brought him attention. In fact, he even appeared on—and won—the 2006 Ukrainian version of Dancing with the Stars. Before becoming president himself, he actually played the role of Ukraine's president on the television show Servant of the People. In the satire, Zelenskyy's character is a high school teacher who unexpectedly rises to power after a viral video.

Zelenskyy then decided to make the shift into politics in order to “bring professional, decent people to power.” By heavily using social media and campaigning with an anti-establishment message, he won the election with 73% of the vote. Interestingly, part of Zelenskyy's campaign was based on the hope to bring unity to the Ukrainian-speaking and Russian-speaking parts of the country. The president himself grew up in a Russian-speaking part of Ukraine and most of his acting was done in Russian.

Unfortunately, tension has escalated and in late February, Vladimir Putin decided to invade the country, citing the wish to “denazify” Ukraine. It's an interesting sentiment considering that Zelenskyy himself is Jewish and, as he told Israeli Prime Minister Benjamin Netanyahu in 2020, he has relatives that died in the Holocaust.

Zelenskyy had been calling on the international community to push back against Russia's threats, but with little results. However, his passionate speeches even prior to the invasion show that he was fiercely proud of his nation. On February 19, just a few days before the invasion, he gave a moving speech at the Munich Security Conference. In it, he demonstrated just how confident he felt in the will of the Ukrainian people.

“We will defend our land with or without the support of partners,” he stated. “Whether they give us hundreds of modern weapons or five thousand helmets. We appreciate any help, but everyone should understand that these are not charitable contributions that Ukraine should ask for or remind of. Be that as it may, we will defend our beautiful land no matter if we have 50,000, 150 or one million soldiers of any army on the border.”

Once the war began, it was clear the Zelenskyy wasn't going anywhere. It's reported that when President Biden offered to evacuate him, he said, “I need ammunition, not a ride.” Since that time, he's continued to use his social media to show the Ukrainian people that he and his ministers are on the ground in Kyiv and that they were prepared to stand their ground. At the same time, he's also opened himself up to talks with the Russians even if he wasn't confident about the results, stating “Let them try to make sure that no citizen of Ukraine has any doubt that I, as a president, have not tried to stop the war.”

Currently, he remains on the ground, gaining the support of many nations. He also called on the International Criminal Court to investigate Russia for war crimes and has applied for immediate entry into the EU. It's clear that he's ready to do what's necessary to step up and defend his country, even telling EU leaders in a video conference that they may not see him alive again. Let's hope this is not the case and that his spirited heroism will help pull Ukraine out of this situation.

Ukrainian president Volodymyr Zelenskyy has been hailed a hero for his actions during the Russian invasion. 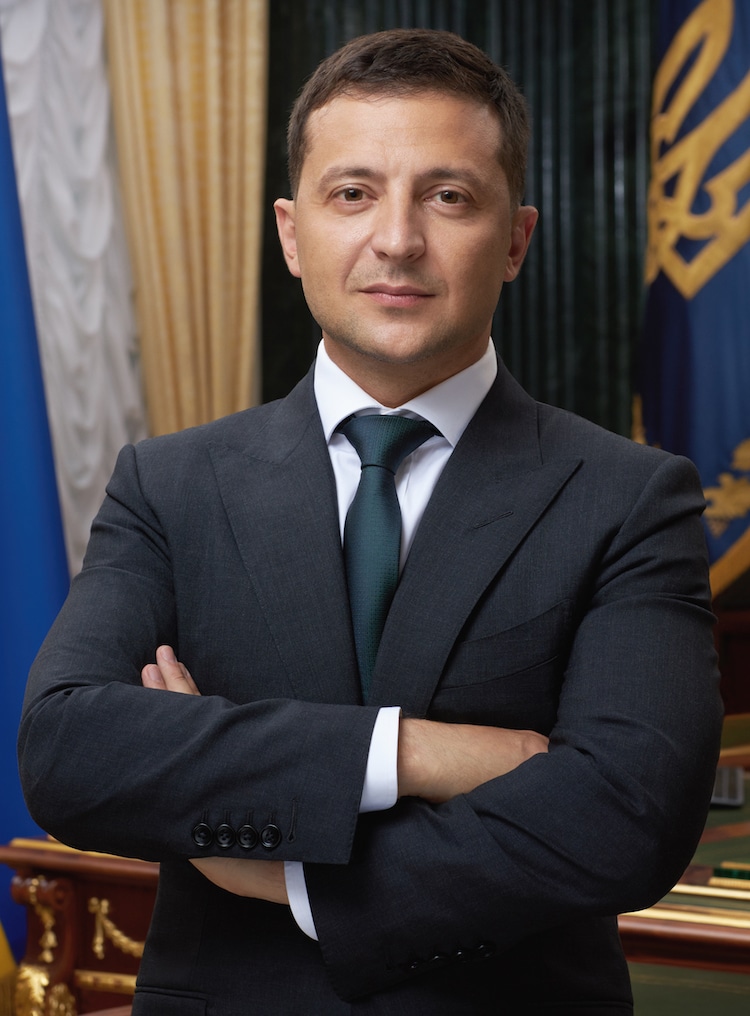 Zelenskyy took office in 2019 after a career as an actor and comedian. 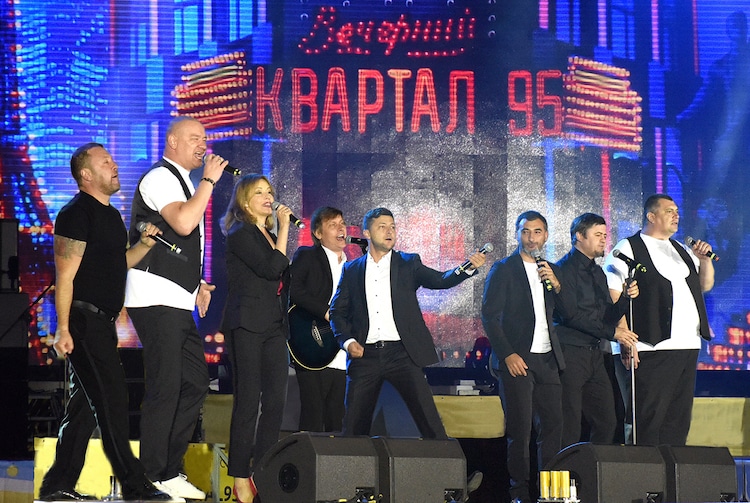 He even won Ukraine's version of Dancing with the Stars in 2006.

so apparently Zelenskyy won the Ukrainian version of Dancing with the Stars in 2006 and the tape is even better than whatever you're imagining pic.twitter.com/L1gnKD2ISr

But he has impressed the world with his passion for his country, declining the U.S.'s offer to evacuate him. 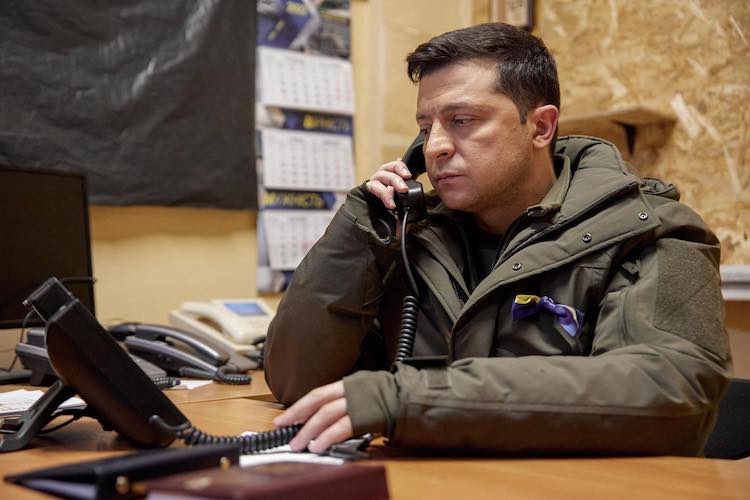 Instead, he's made sure that Ukrainians know that he's right there on the ground with them.

He has staunchly upheld Ukraine's right to defend itself against attack.

And he continues to passionately call out for assistance from world leaders.

I am grateful to Romania for its significant contribution to the defense capabilities of our country. I am grateful to @KlausIohannis for supporting Ukraine's membership in the European Union. We feel the political and defense support of our partners.🇷🇴🤝🇺🇦

Across the world, people have been moved by his bravery.

A president who truly is – ‘From the people, for the people, stands with the people' and #ZelenskyyIsaWarHero @ZelenskyyUA #Kyiv #War #IStandWithUkraine #Ukraine #NobelPeacePrize https://t.co/XLks4tooqK

Striking Images of Ukraine Before and After the Recent Riots