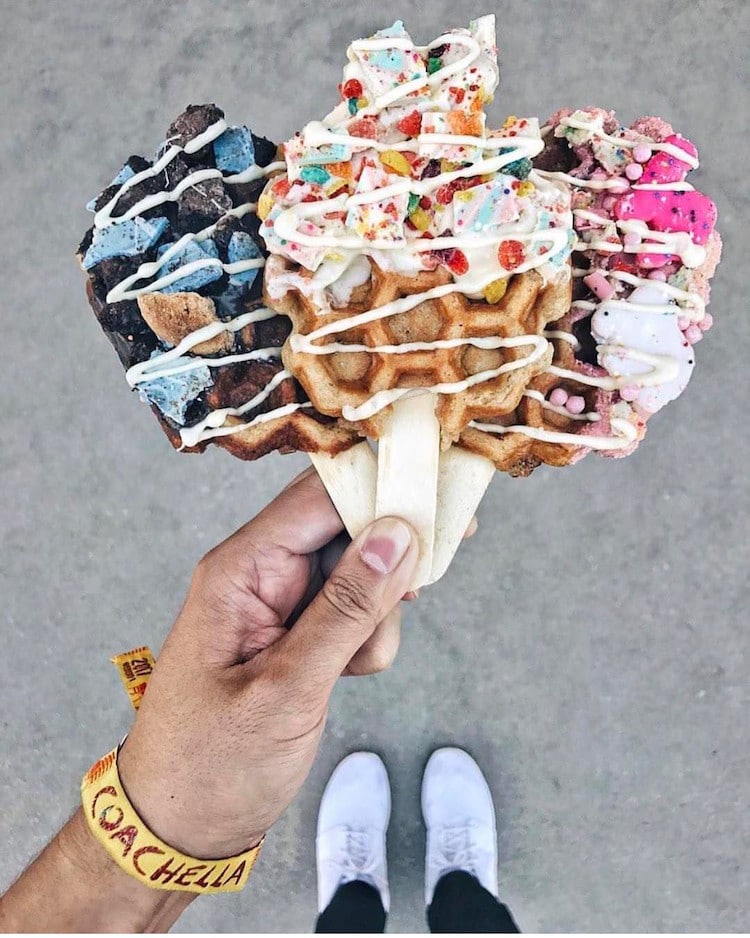 Following the popular food trend of cake pops, there's a new addition to the sweets-on-a-stick trend known as waffle pops. Created by California-based company Sweet Combforts, these sweets combine the handheld portability of lollipops with the crispy goodness of waffles. And perhaps best of all: no sticky hands!

Each compact treat is simply composed of a honeycomb-shaped waffle on a wooden stick. While the waffles are yummy as is (they are made with pearl sugar, which, according to Geoff Manila, the co-founder of Sweet Combforts, is like “regular sugar on steroids”), it is what coats, covers, and smothers them that has everyone talking. Sweet Combforts abandons traditional trimmings like maple syrup and butter for toppings that are a bit more outlandish. In addition to nostalgic cereals like Fruity pebbles and Cinnamon Toast Crunch, sprinkles, crushed cookies, and marshmallows are among the most popular add-ons.

Like many other trendy treats, Sweet Combforts recently made its grand debut at the Coachella Valley Music and Arts Festival. Don't worry if you weren't able to snag one of the sugary sweets, however, as the waffles will soon be a sweet staple at Trade Food Hall in Irvine, California. Keep an eye out for the Sweet Combforts' stand in May 2017. 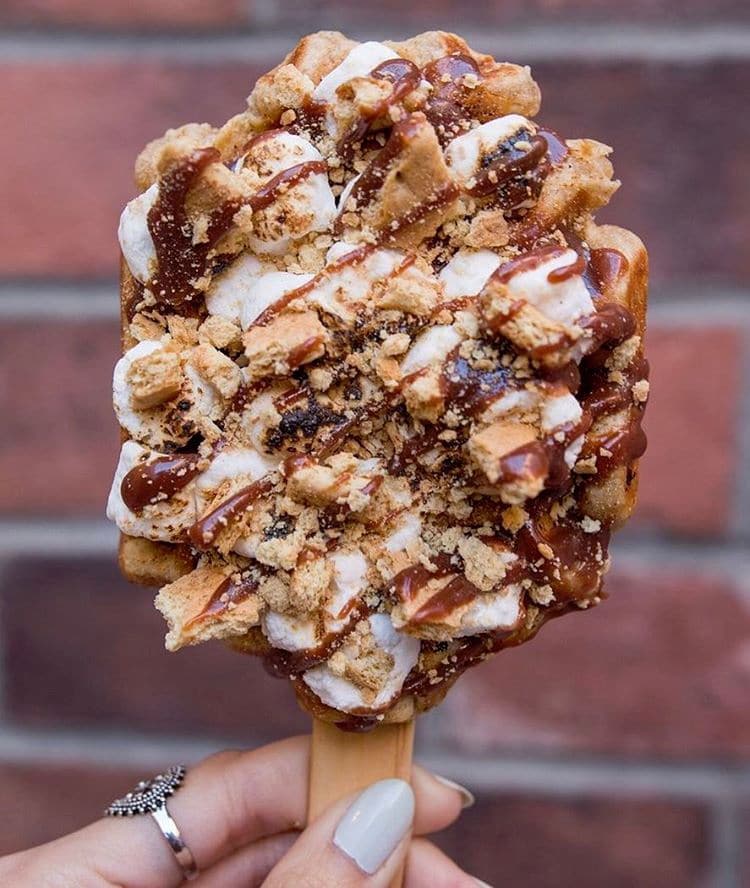 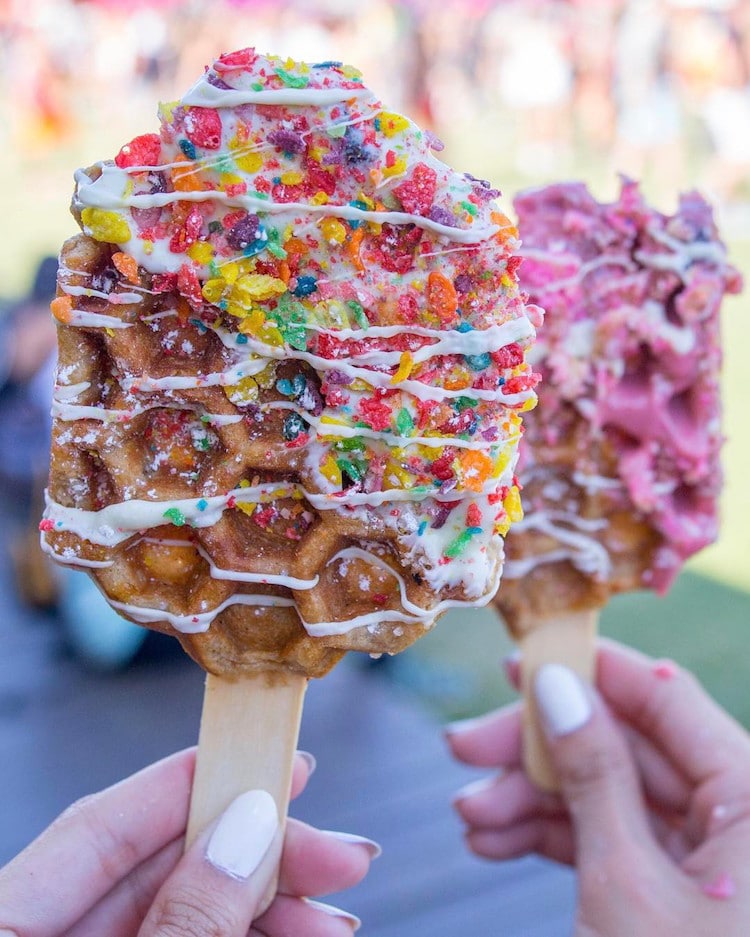 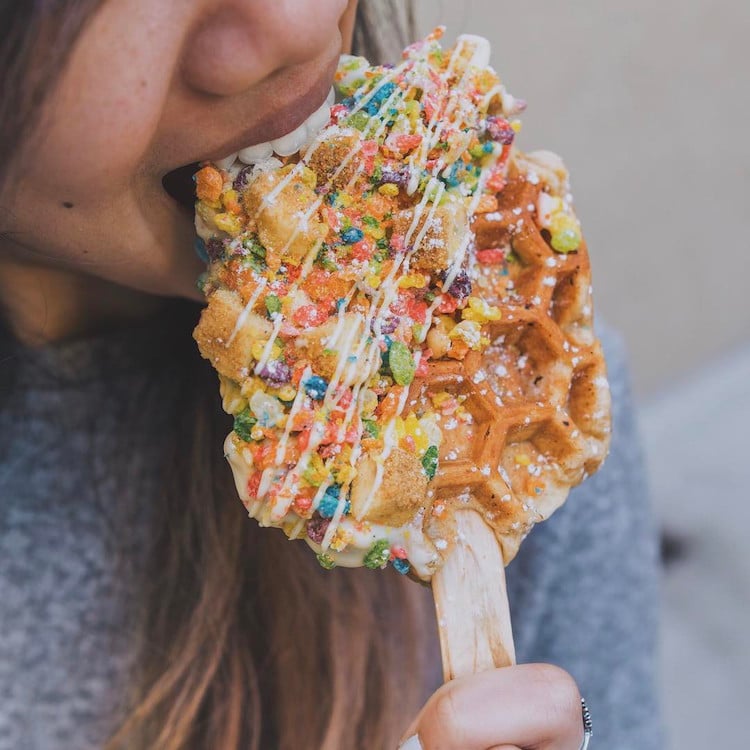 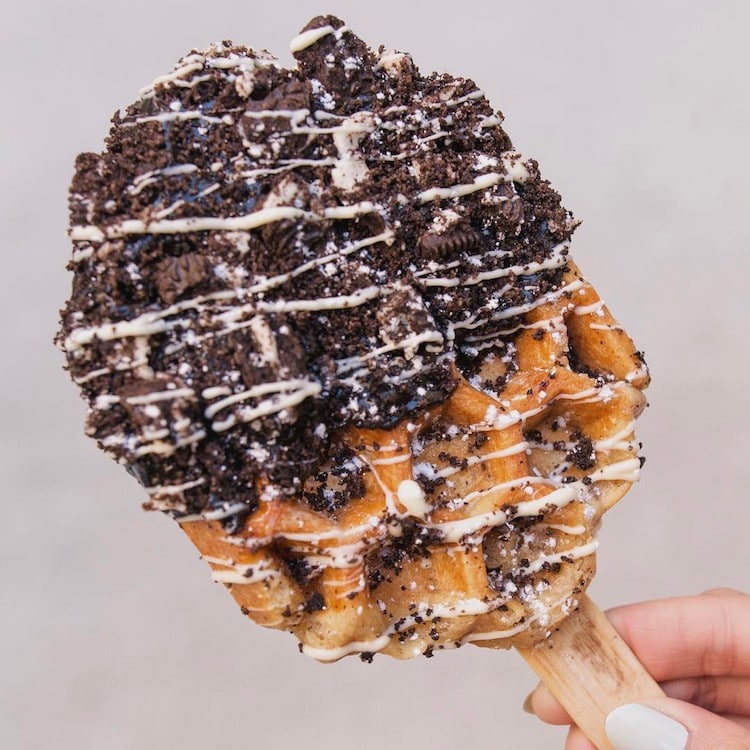 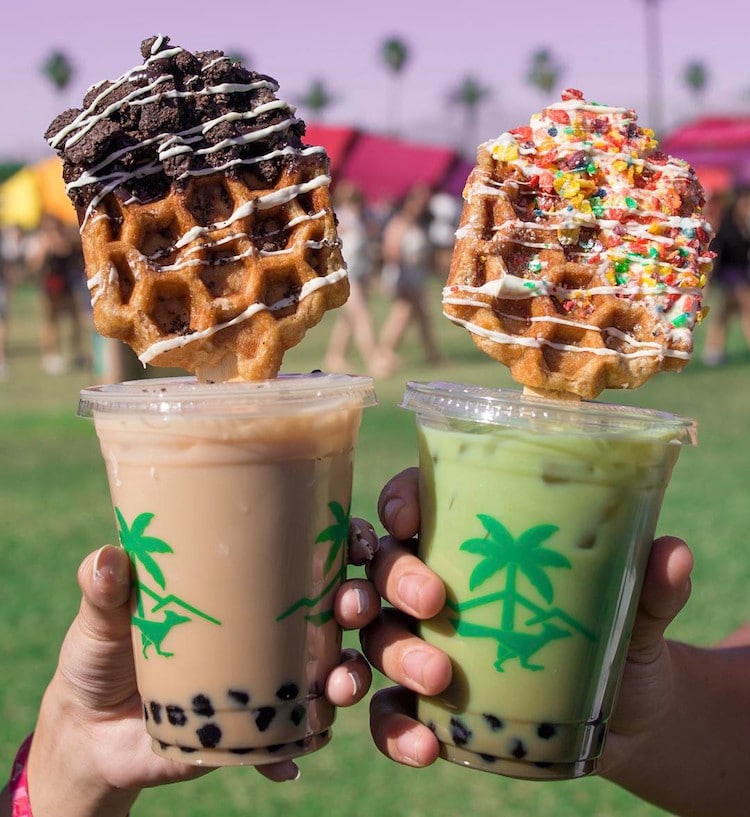 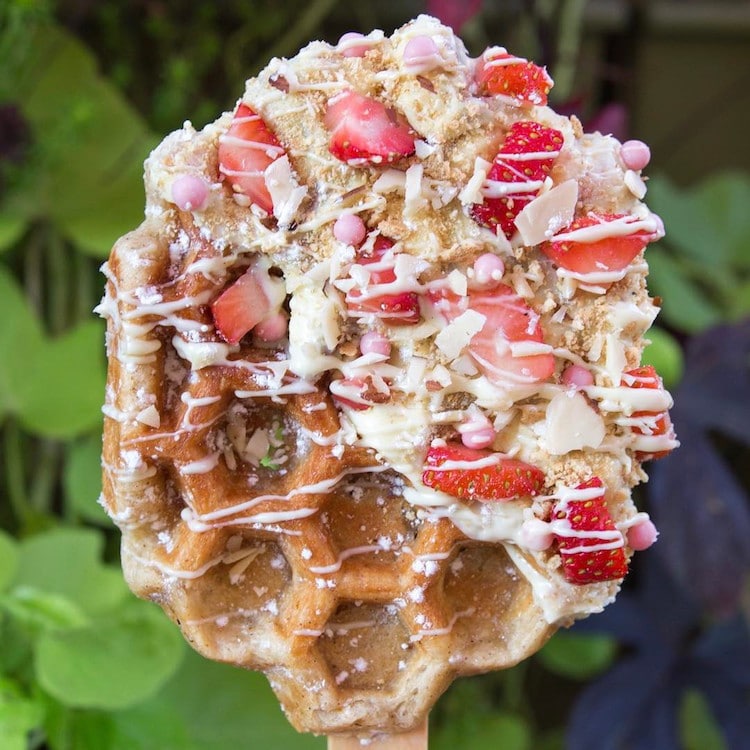 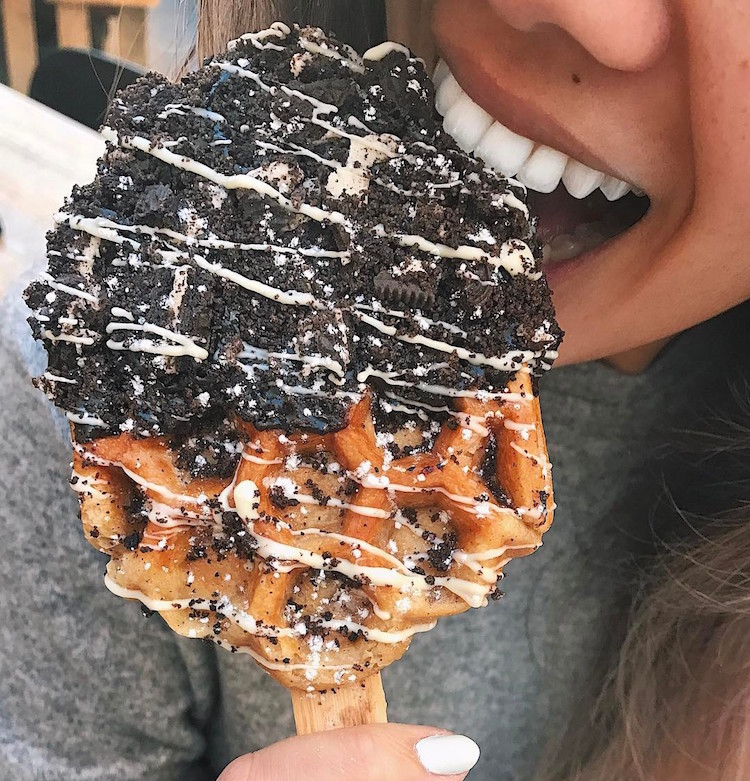 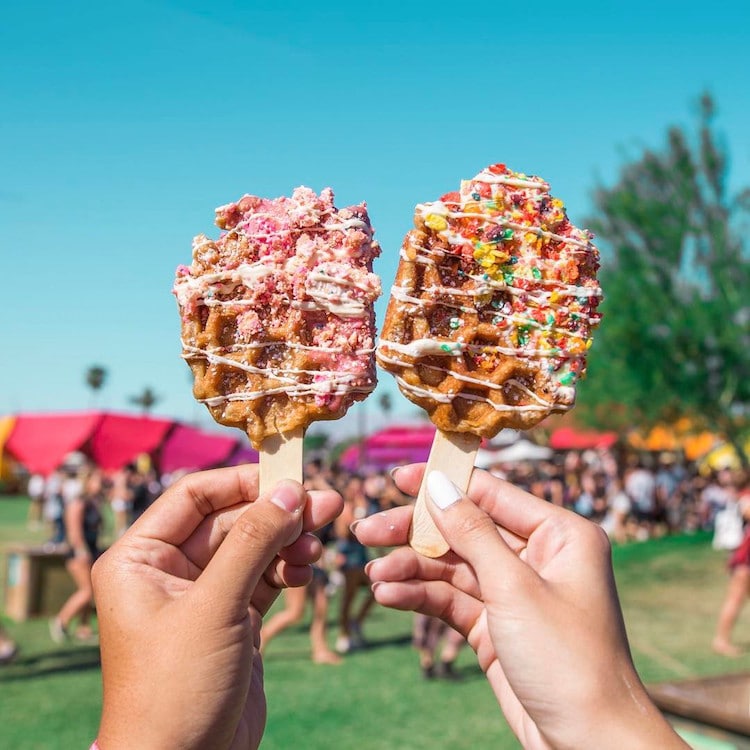 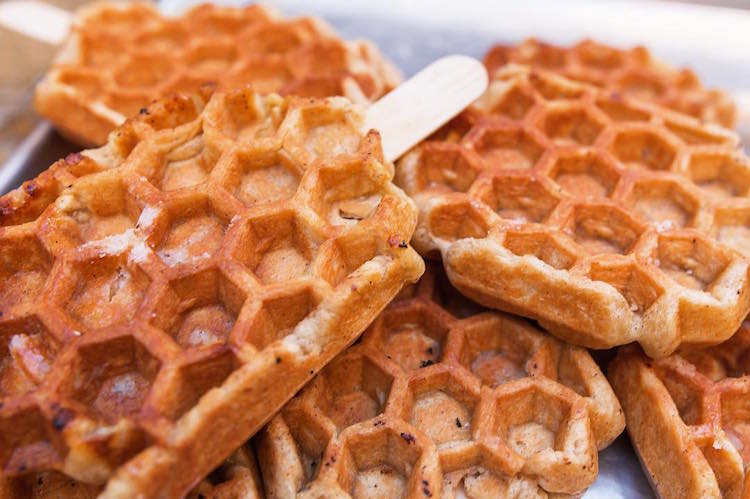 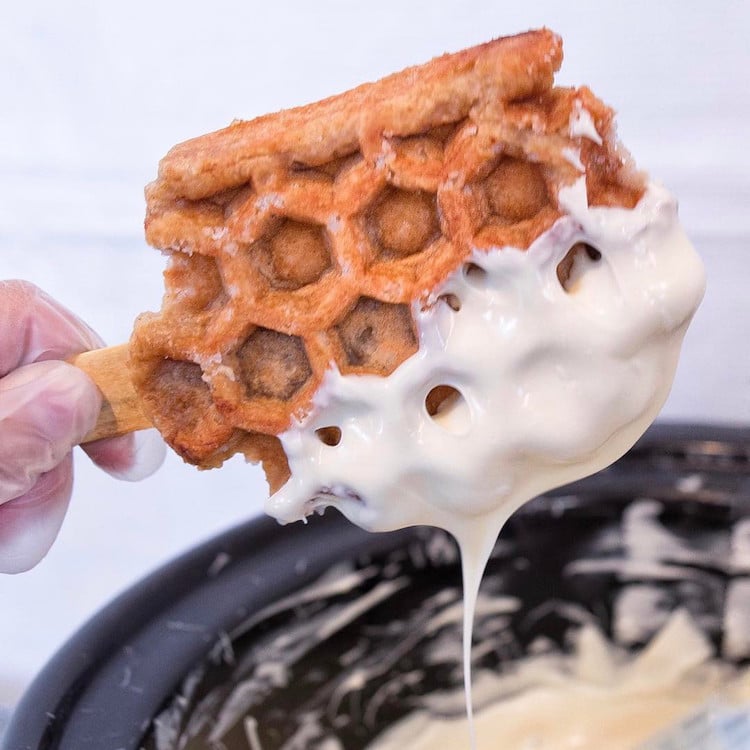 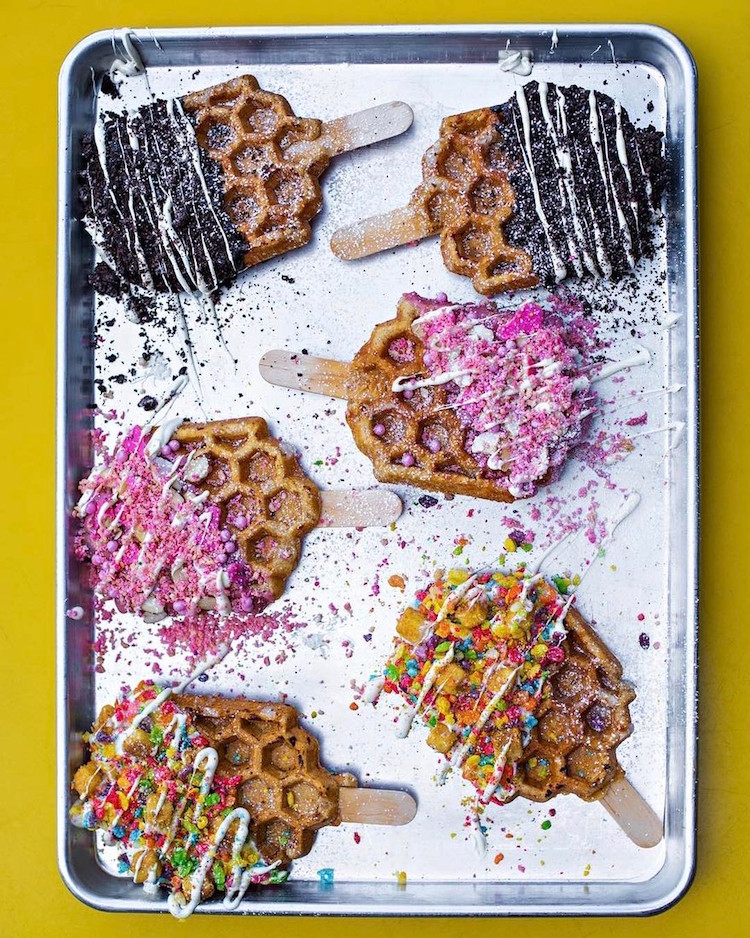 All images via Sweet Combforts.