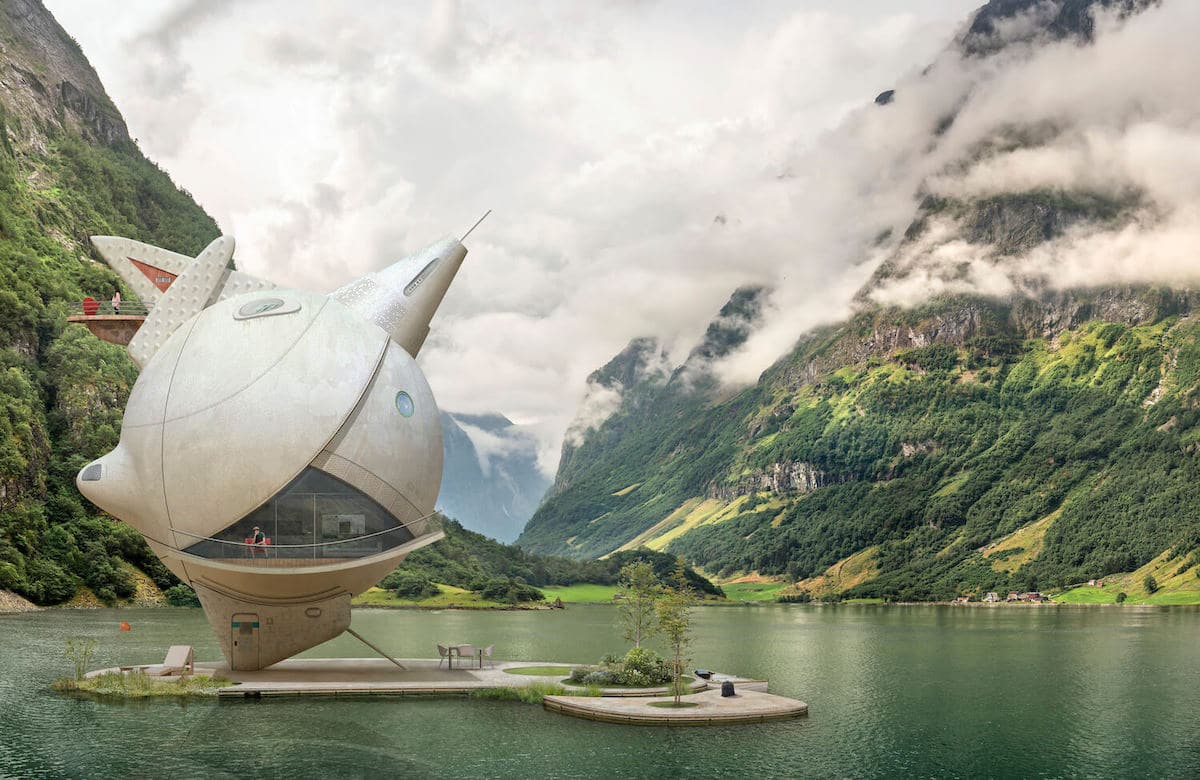 Visual artist Dionisio González imagines whimsical amphibious dwellings in his series, Wittgenstein’s Cabin. Rendered in a romantic background of Norwegian fjords, these structures are made up of playful forms wrapped in worn metals. Though he designs many different shapes and sizes, all belong to the same family of fantastical buildings on a body of water.

The name and inspiration for the series come from the work of Ludwig Josef Johann Wittgenstein, a philosopher who studied the principles of mathematics, mind, and language. In 1914, Wittgenstein designed a cabin for himself in the small Norwegian village of Skjolden overlooking a lake. Though Wittgenstein’s hut was very different in form from González’s unusual buildings, both projects were conceived as places for the exploration of thought. 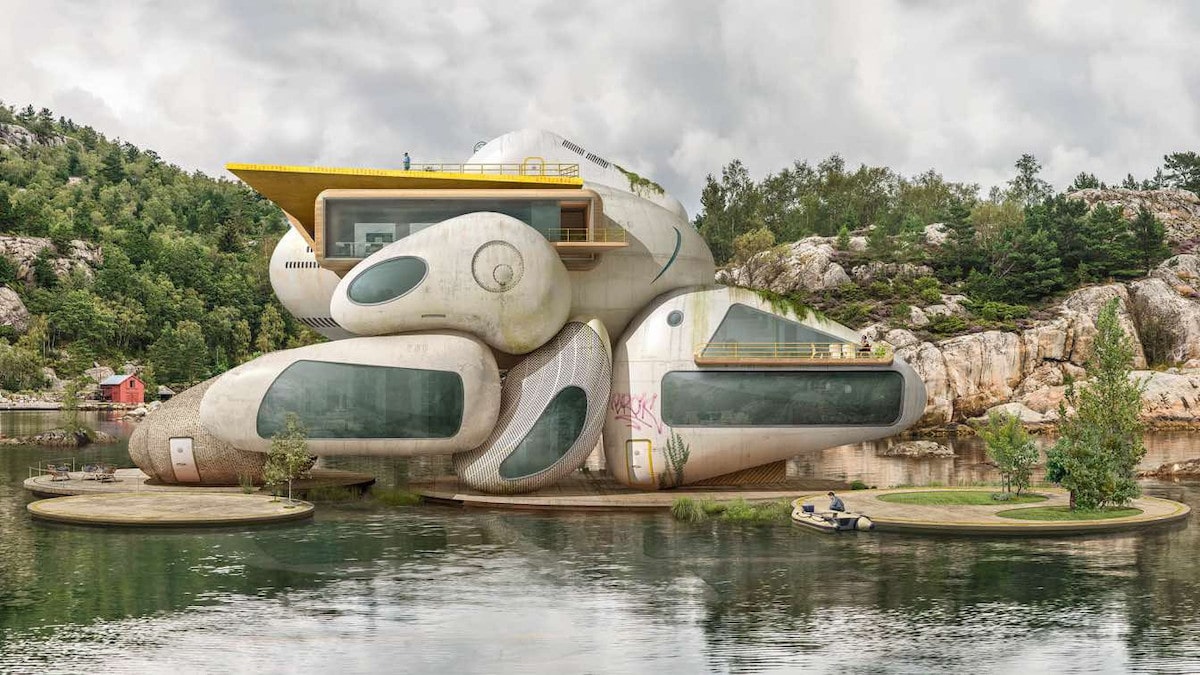 The combination of architecture and water was critical to the philosopher’s work. ‘Wittgenstein worked on his studies of logic on a boat his friend David Pinsent sailed in the Sognefjord,” explains the González. “This fact, this ‘event’ of the research, the learning and memorizing on a small aquatic means of transport, which serves as a writing desk, led me to consider the relationship of architecture with water, and of philosophy as an ‘amphibian' endeavor. How would Wittgenstein frame that organic building, that architectonic construction in a liquid medium with the present media? What would contemporary cabins be like in diffracting settings of propagating waves, such as the Norwegian fjords?”

The Wittgenstein’s Cabin works take the hermit’s lair to another level, imagining how these abstract ideas could manifest into contemporary buildings. González places importance on the amphibious nature of the structures, hoping that it will create an atmosphere in contemplation.

Though there are no plans to build the fantastical structures in González’s images, the work successfully revisits ideas of solitude and philosophy in a more contemporary context. Keep scrolling for more images from the series.

The series Wittgenstein's Cabin explores the architecture of contemplation. 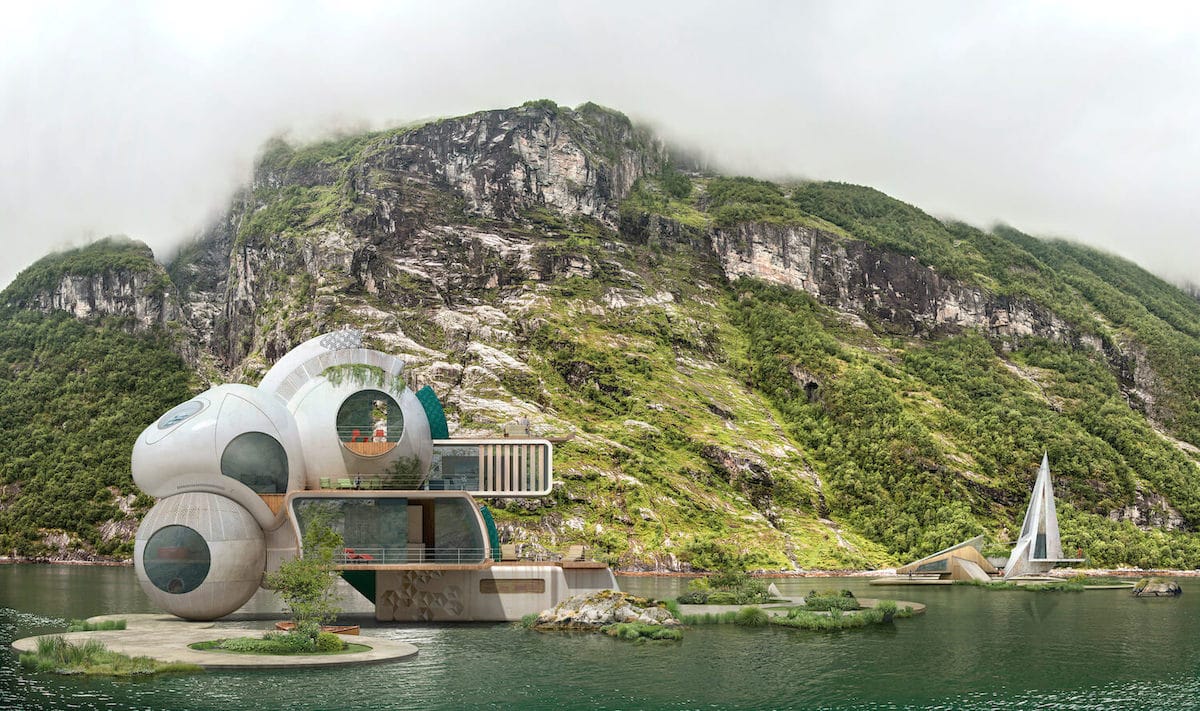 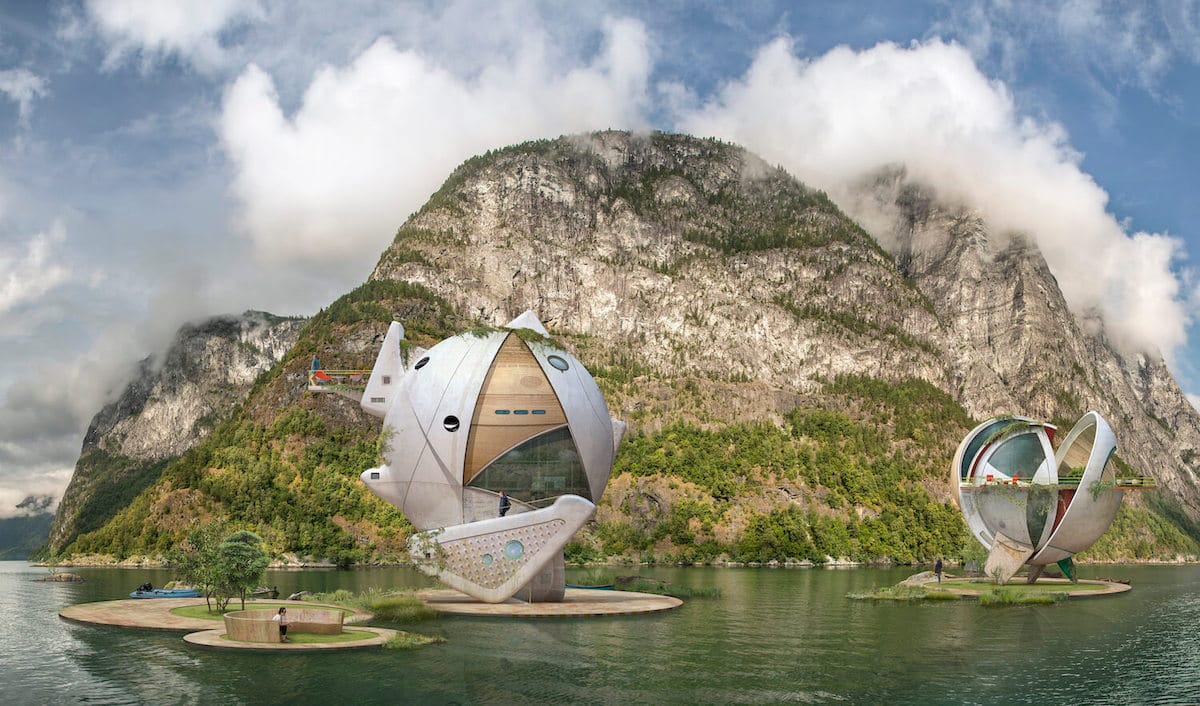 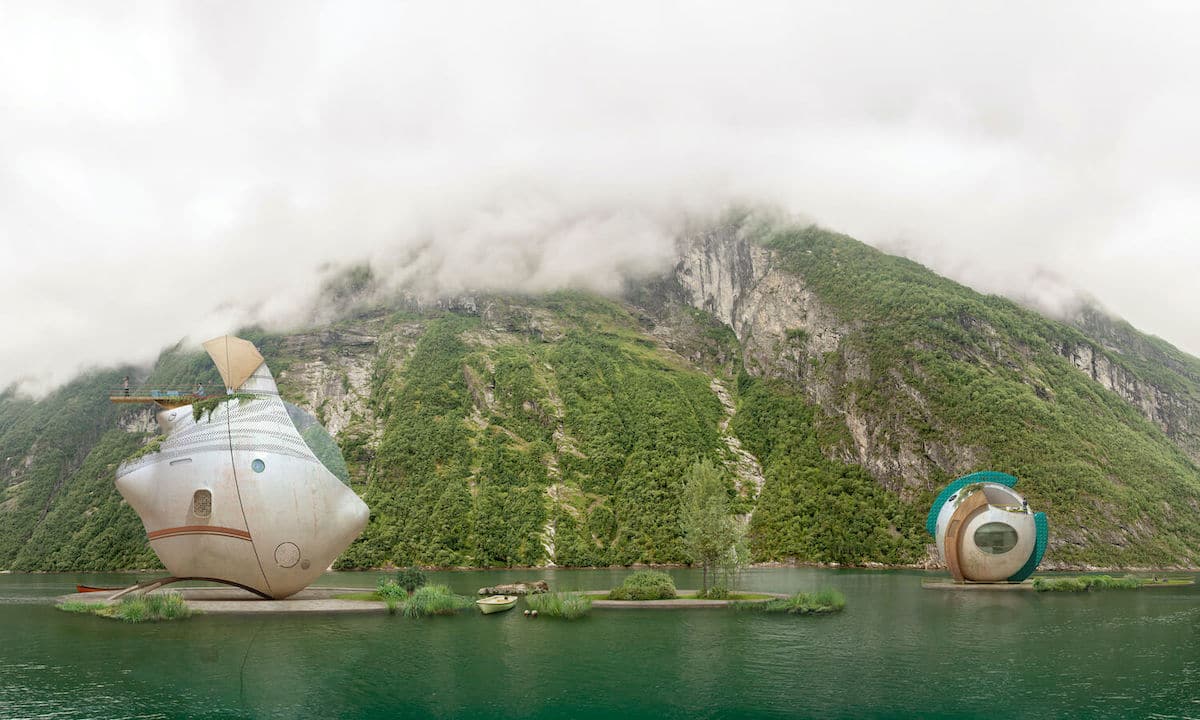 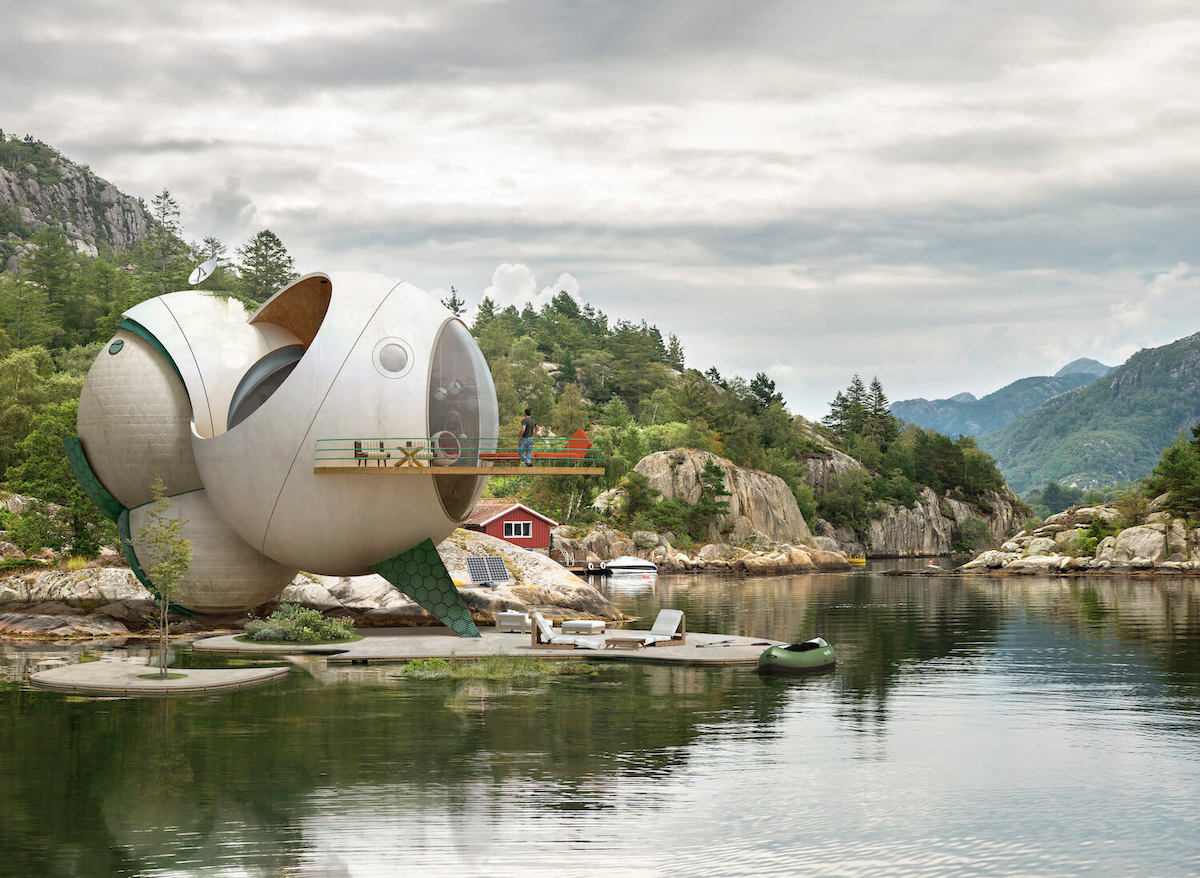 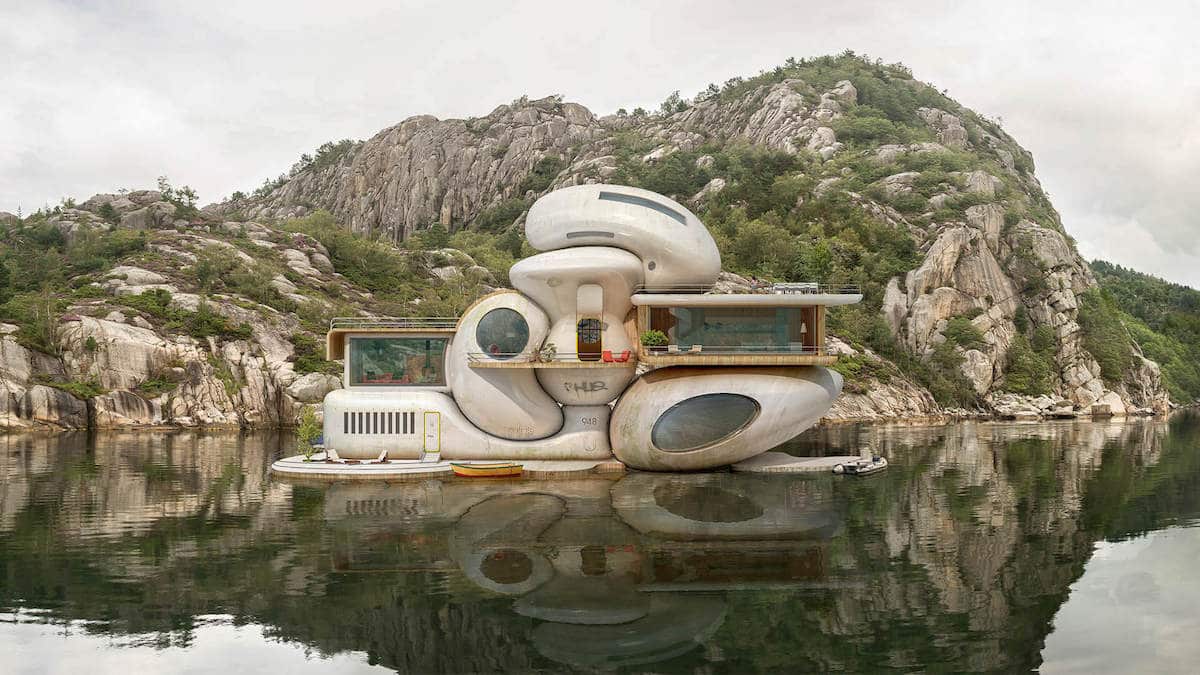