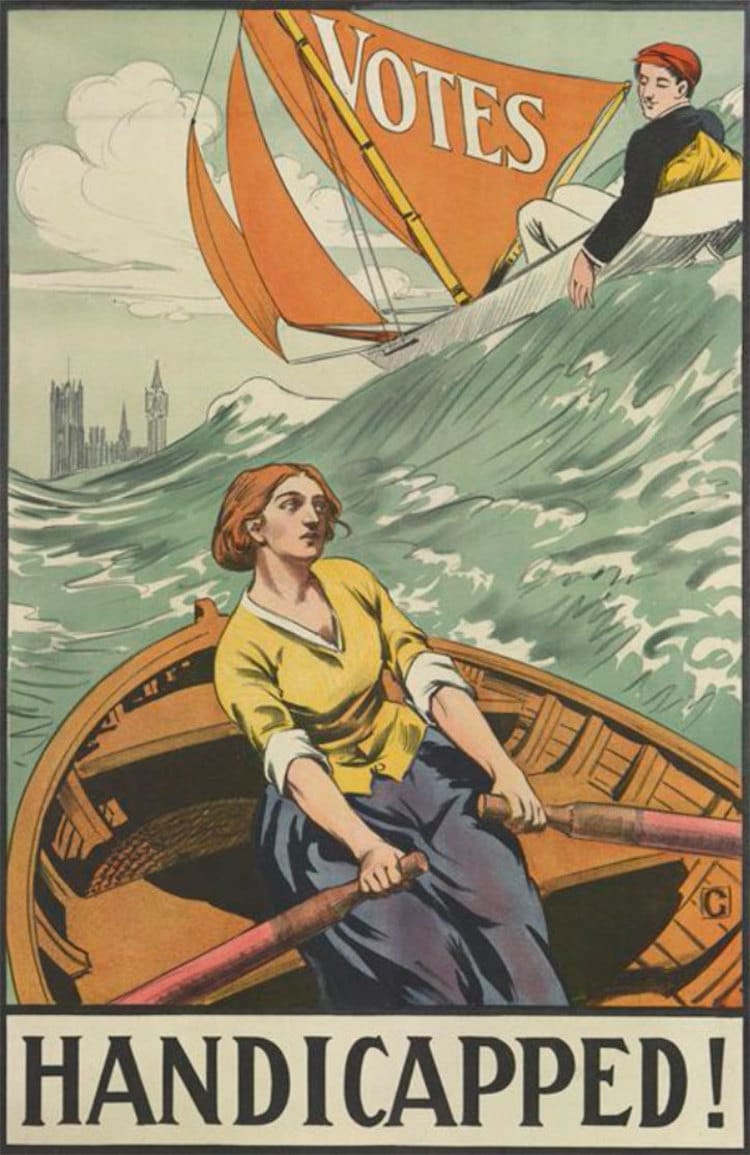 In 1918, Parliament passed the Representation of the People Act—a pivotal piece of legislation that granted certain women the right to vote. To commemorate this important centenary, the University of Cambridge Library will exhibit a selection of recently rediscovered women's suffrage posters that have not be on view in 100 years.

The one-of-a-kind collection of posters dates back to 1910, when they were sent to the library by Dr. Marion Phillips—a pioneer of the Women's Suffrage Movement—in a brown paper-wrapped parcel. Each poster is unique, detailing different arguments and combating political issues that hindered women's rights. Some—like the “public meeting” notice—were intended to be posted locally, while others were created for nation-wide campaigns. Similarly, they range from highly illustrative to purely typographic, showcasing the role of graphic design in early activist art.

While it is not known why Phillips decided to send the ephemera to the library, the institution's decision to save and store the posters proves that they were valued—an unusual attitude at the time. Though treasured today, protest signs of the period were typically viewed as ephemera.

“These posters are fantastic examples of the suffrage publicity machine of the early twentieth century,” Chris Burgess, exhibitions officer at the Library, explains. “They were created to be plastered on walls, torn down by weather or political opponents, so it is highly unusual for this material to be safely stored for over a hundred years.” Fortunately, the library did just that, preserving an important piece of the Women's Suffrage Movement.

Until March 31, 2018, a selection of these rare and riveting posters will be on display in The University of Cambridge Library.

To commemorate the 100th anniversary of the Representation of the People Act, Cambridge University Library is exhibiting its striking women's suffrage poster collection. 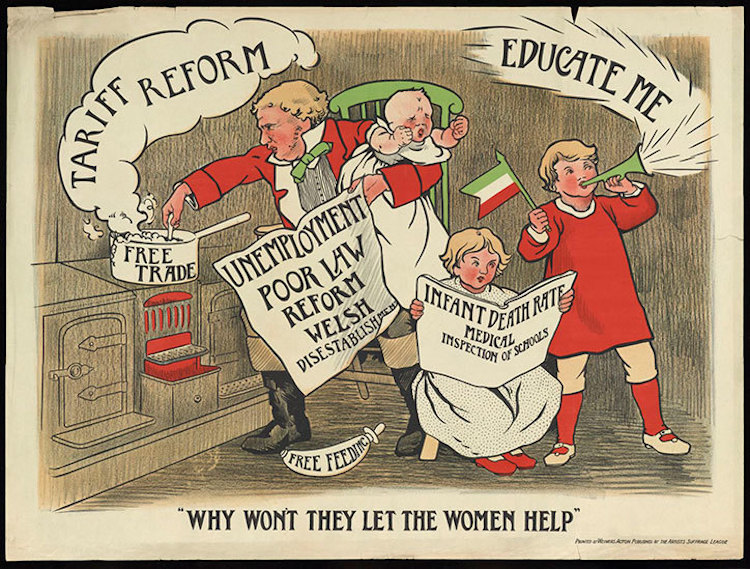 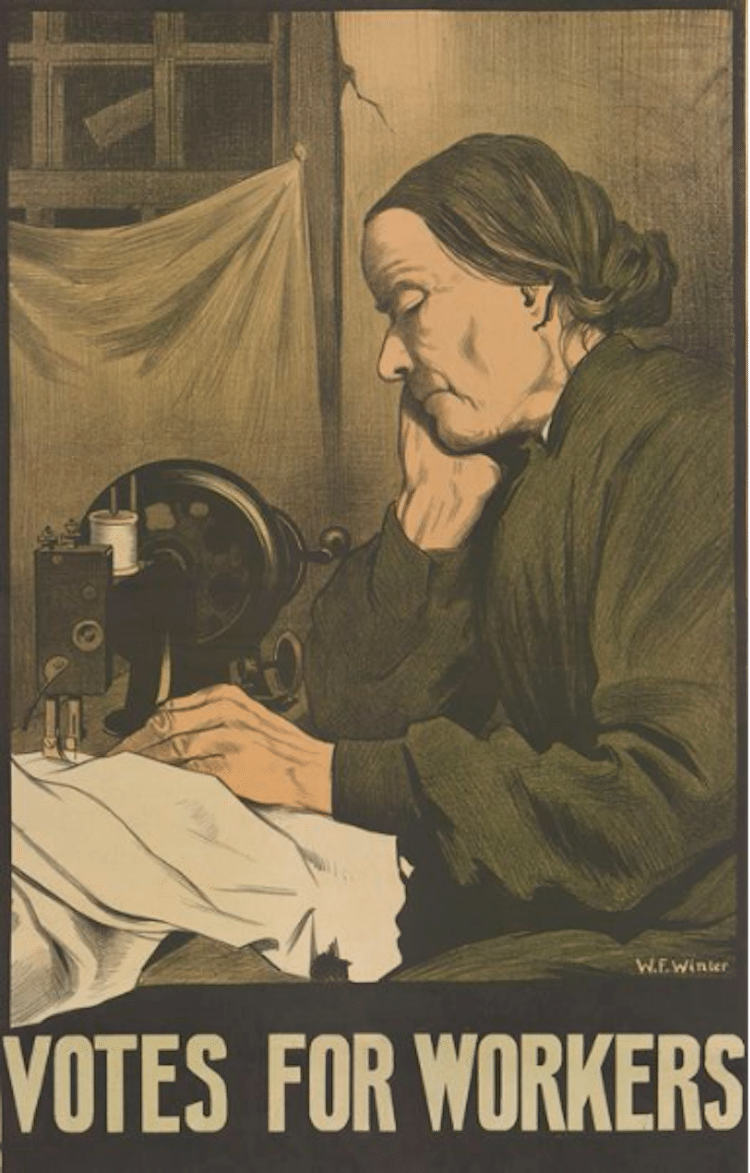 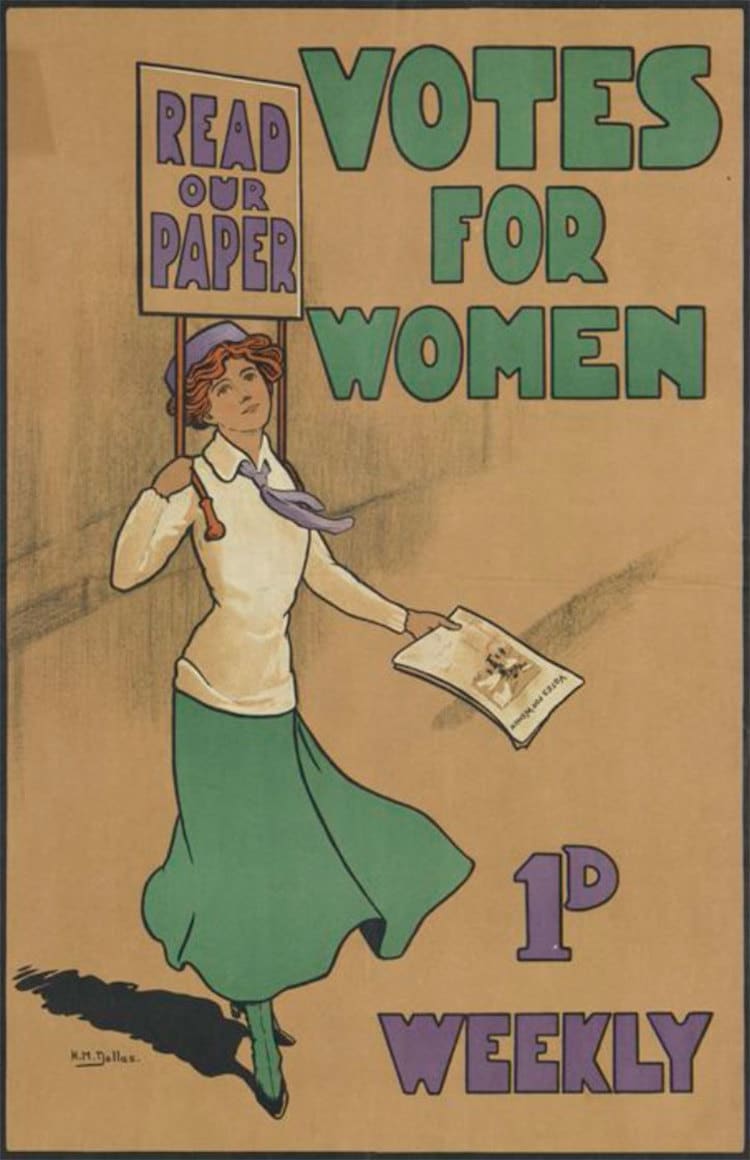 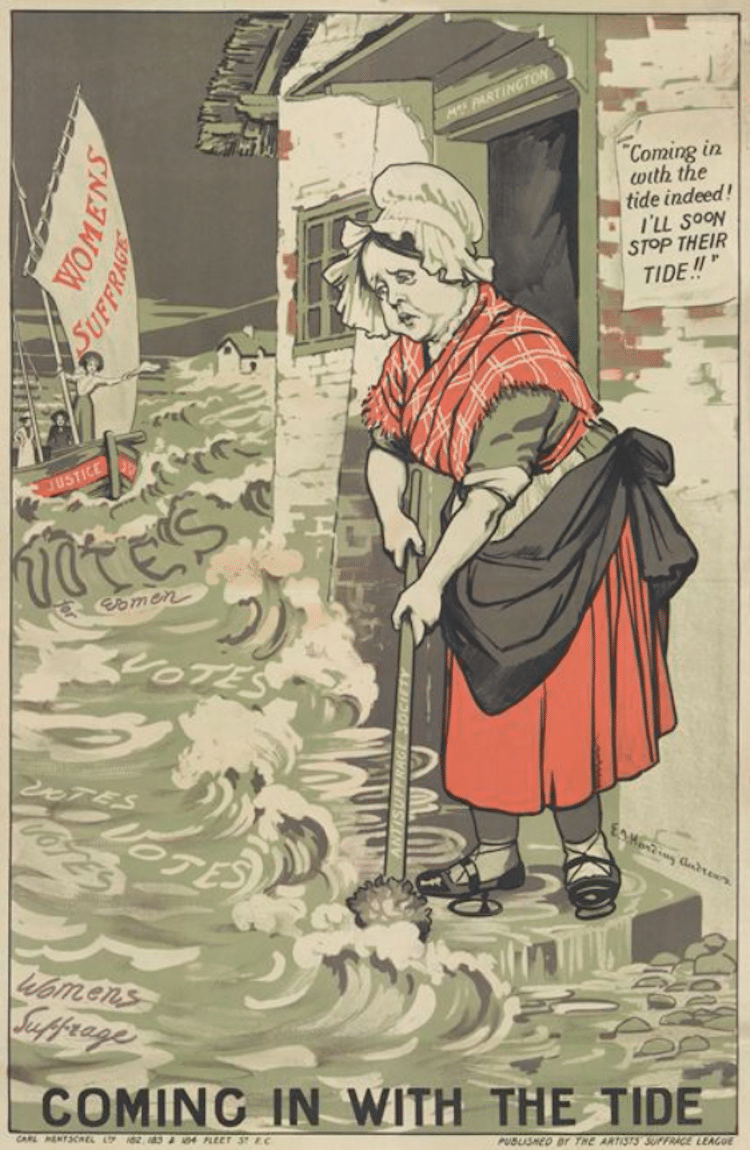 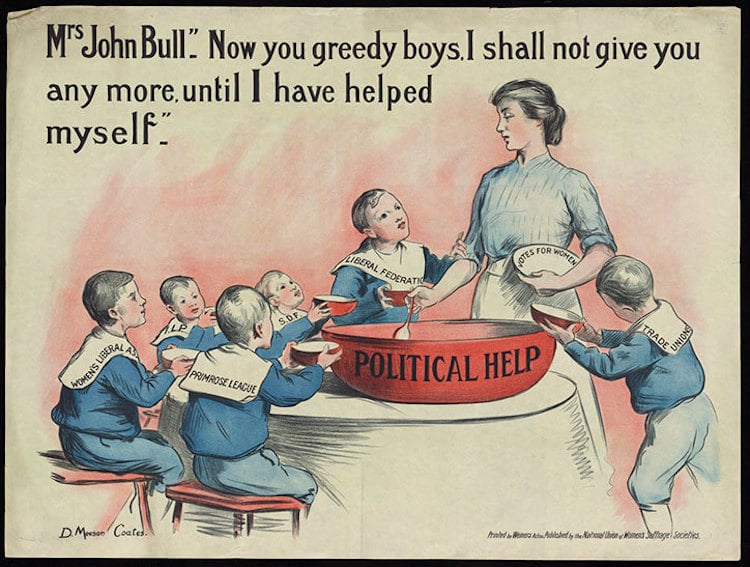 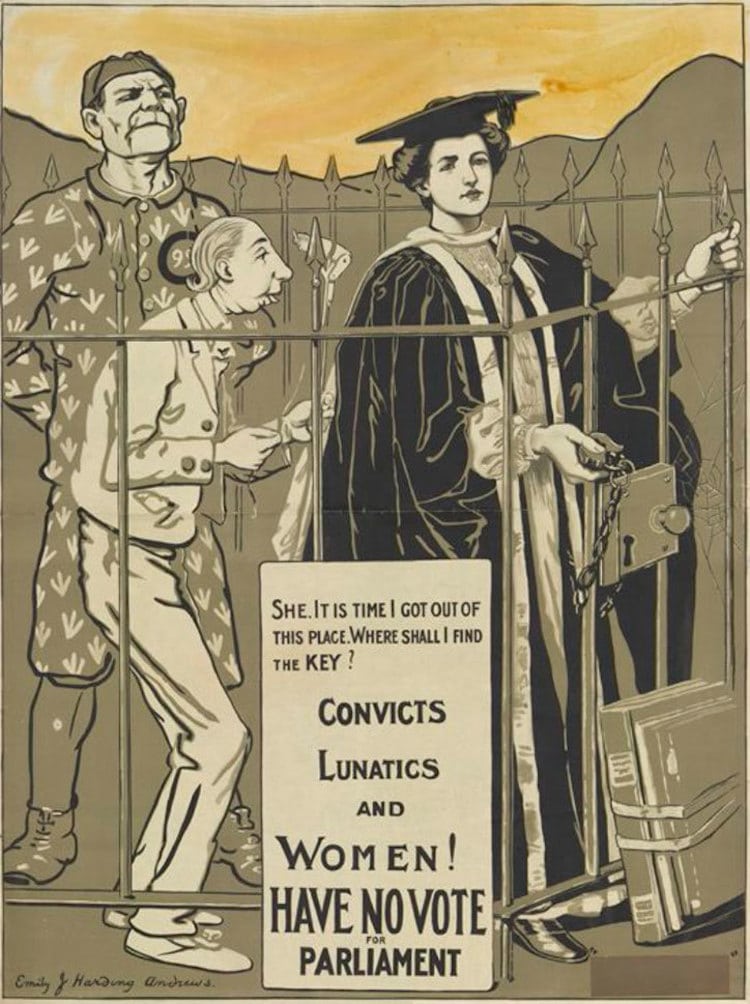 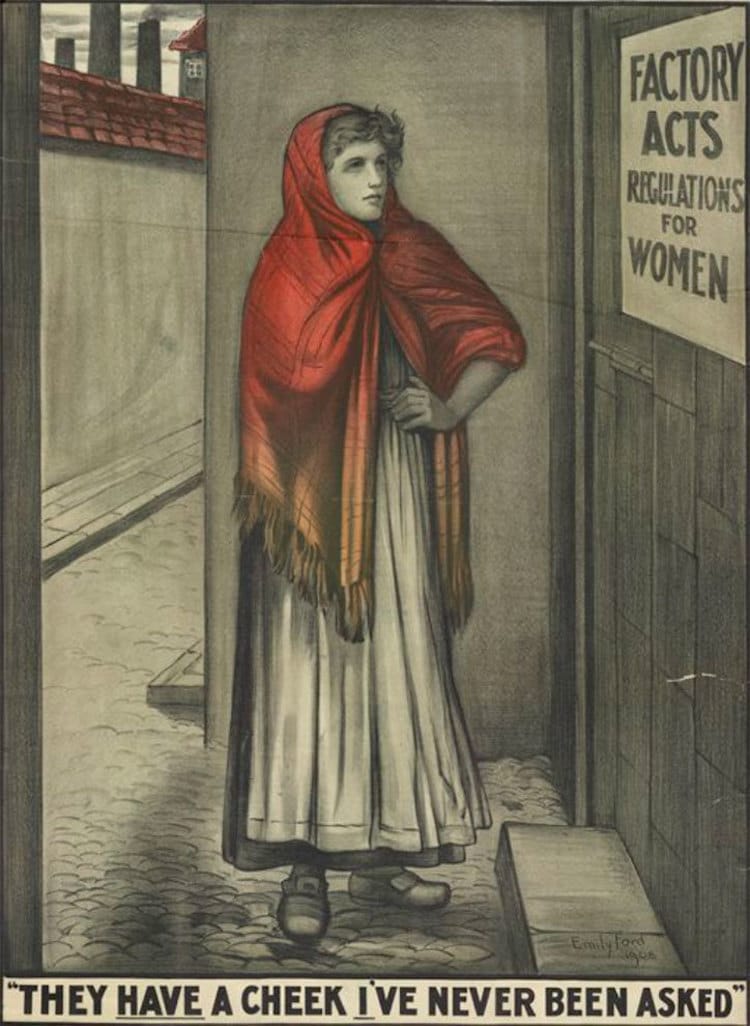 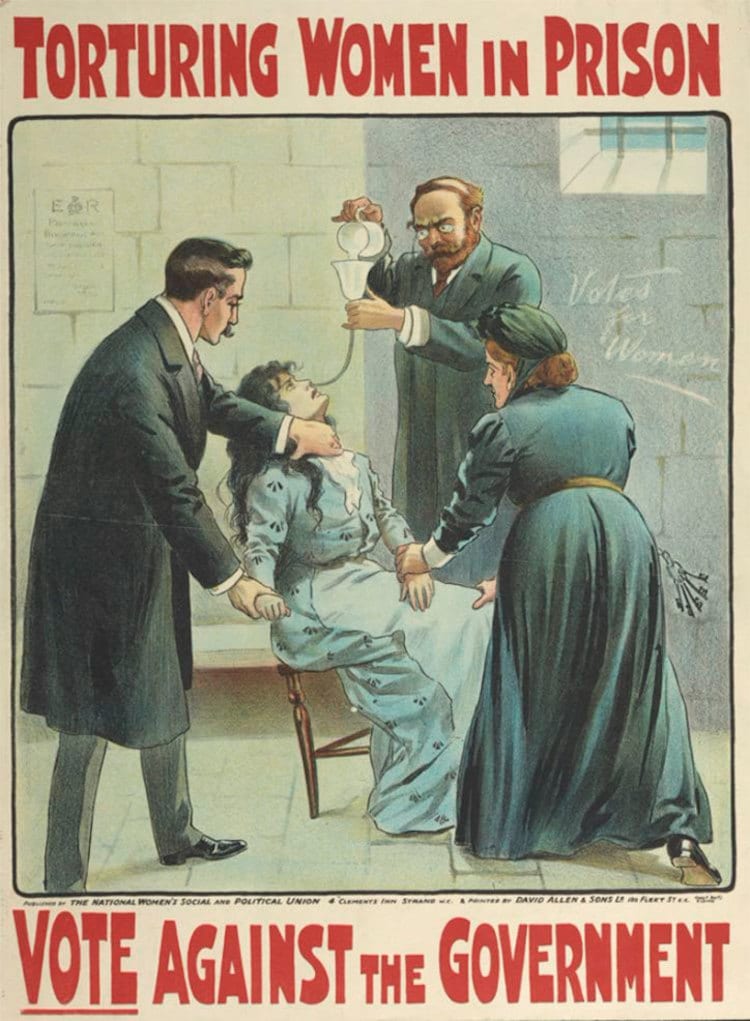 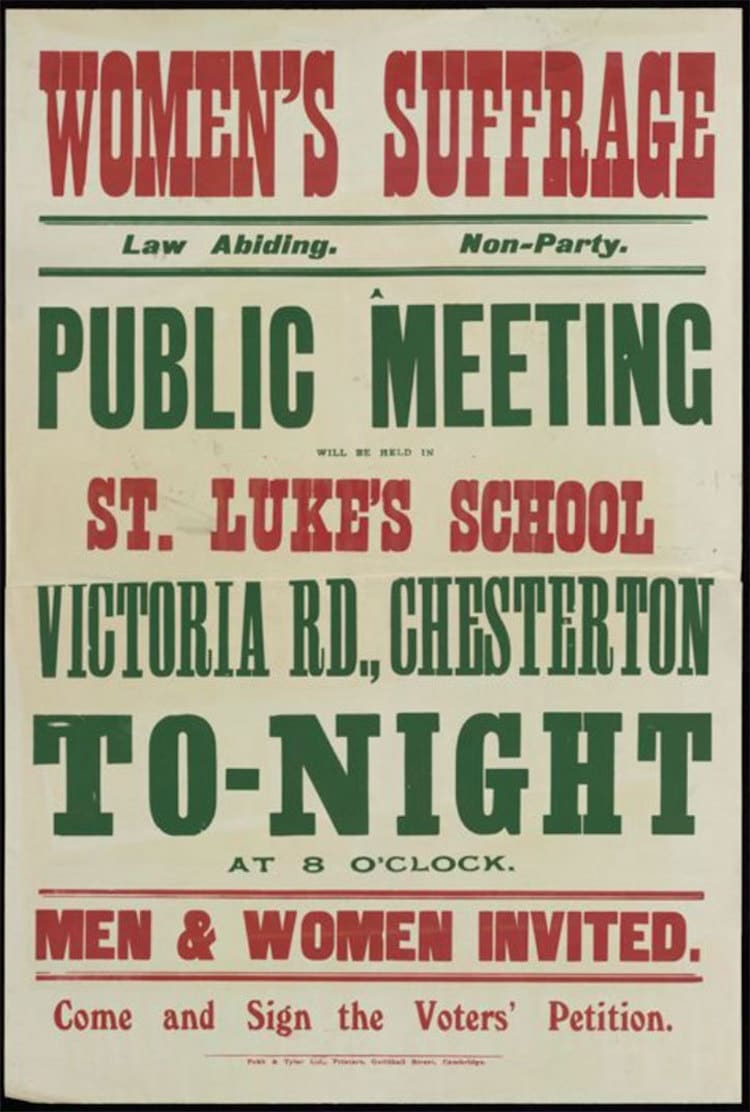 All images via Cambridge University Library.

Empowering Photos of Women’s Marches Around the World