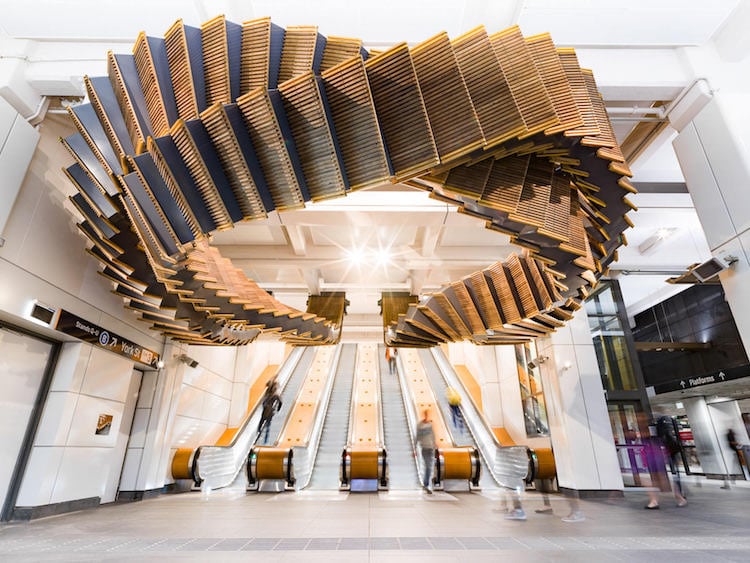 As time goes on and technology grows more advanced, things from our past slowly become obsolete. Such is the case with wooden escalators; Sydney’s Wynyard Station first installed a pair of them in 1931, but the Australian locale has since replaced them with their modern counterparts. Doing so begged the question: What happens to the old—and now historic—stairways? Instead of discarding them, artist Chris Fox repurposed them by creating two interlocking sculptures made from recycled materials. Together, they form the spectacular site-specific installation known as Interloop.

Suspended from the ceiling, Interloop features the stairs stretched like an accordion and wrapped around one another. A seemingly shape-shifting form, it changes depending on the angle in which it’s viewed—but from every vantage point, it’s impressive. Fox simultaneously achieved a tranquility in the form with the distinct feeling that Interloop is in the midst of motion. Considering the size, this was no small feat—the two pieces measure more than 50 meters (~164 feet) in length, weigh over five tons, and display 244 wooden treads from the original escalators.

The moving staircases served Sydney's commuters for 80 years—a fact that Fox was acutely aware of as he designed the piece; Interloop celebrates the past while allowing the city to look forward to its future. This same idea is applied to its citizens. “The artwork explores the idea that people are stationary on an escalator whilst also traveling, allowing for a moment of pause that occurs mid-motion,” Fox writes. “The sculpture resonates with people in this state, referencing all those journeys that have passed and are now interlooping back.”

Artist Chris Fox has repurposed a historic wooden escalator set into a pair of spectacular sculptures made from recycled materials. 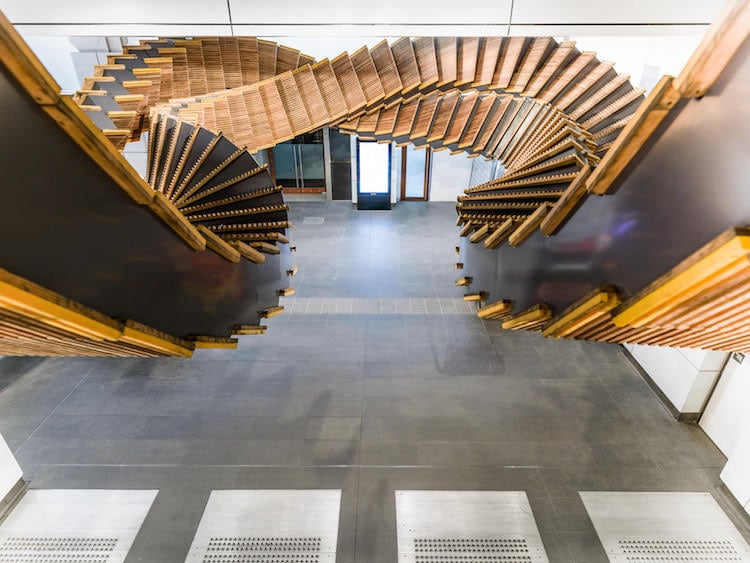 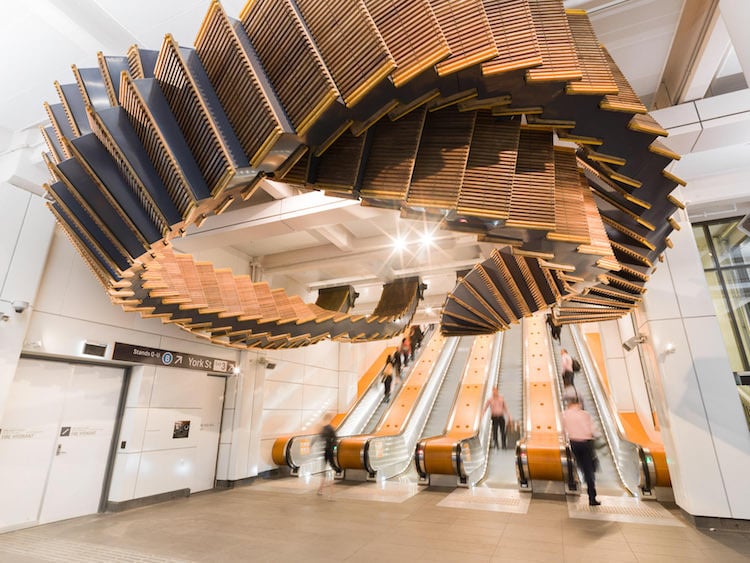 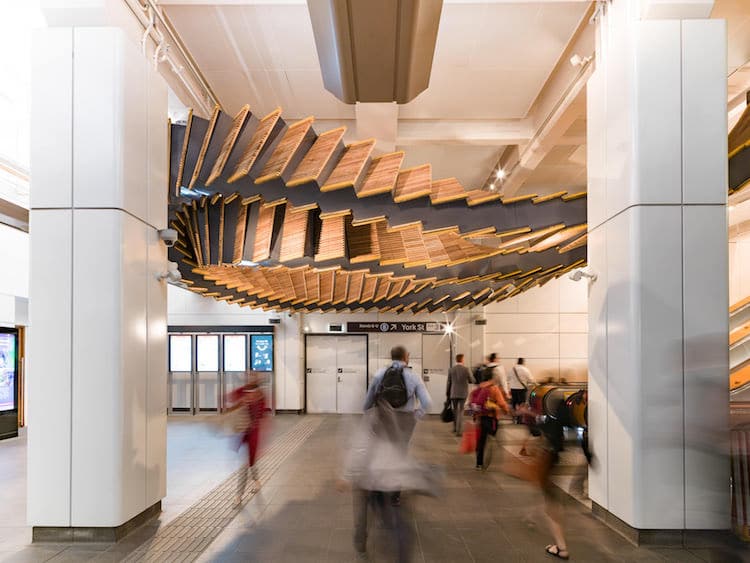 The site-specific installation is called Interloop. 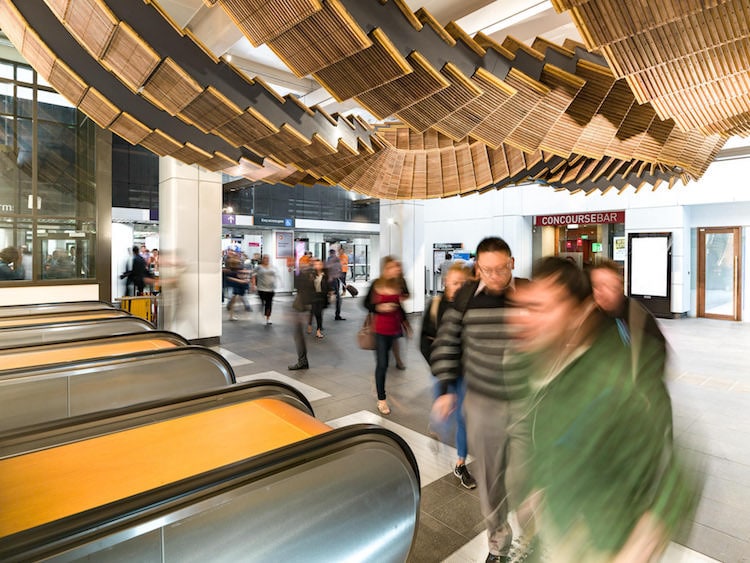 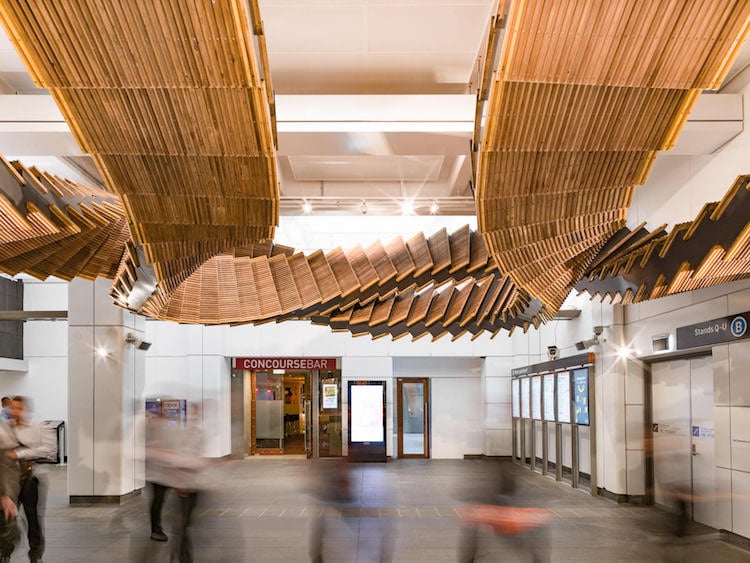 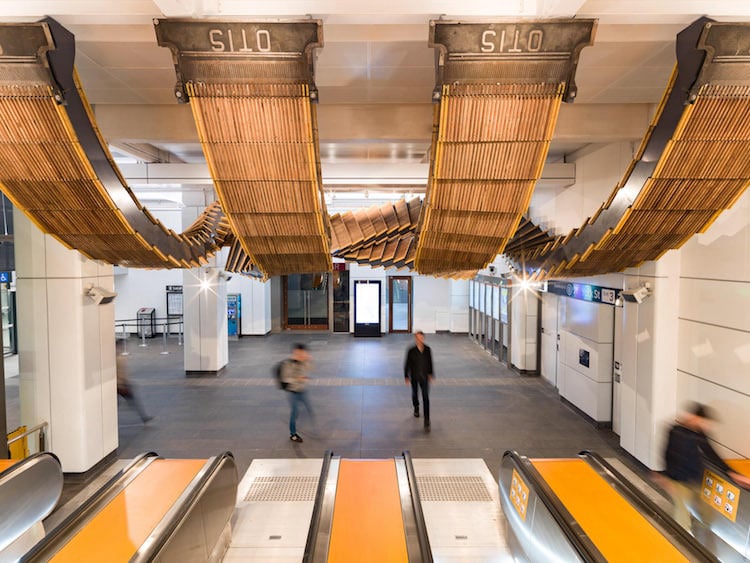 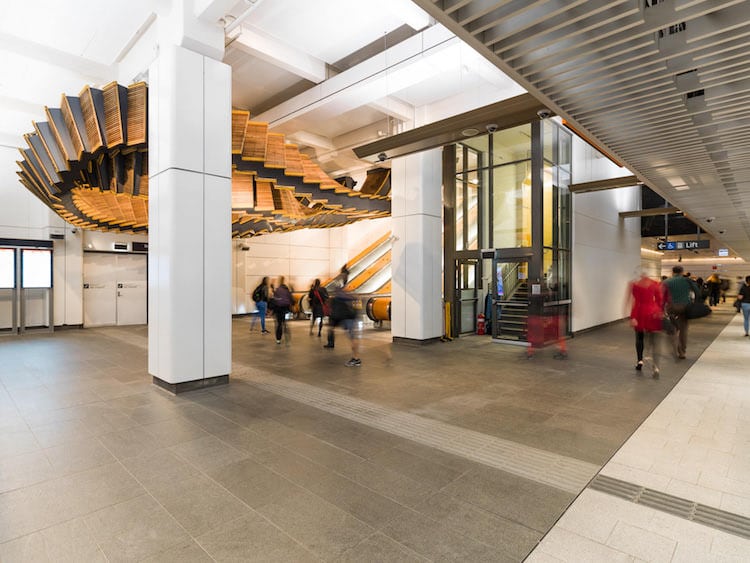 Installing the five-ton sculptures was no easy feat. Here are in-progress shots: 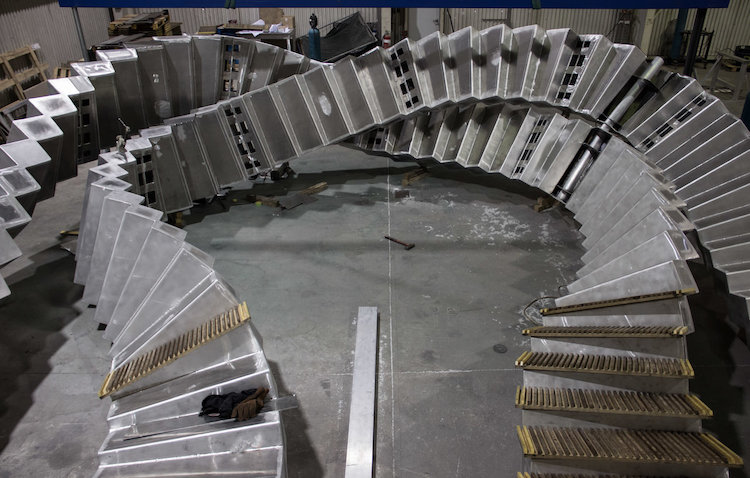 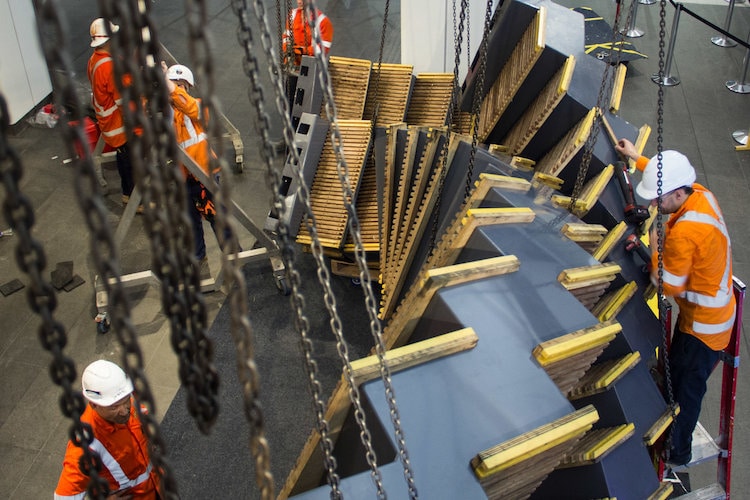 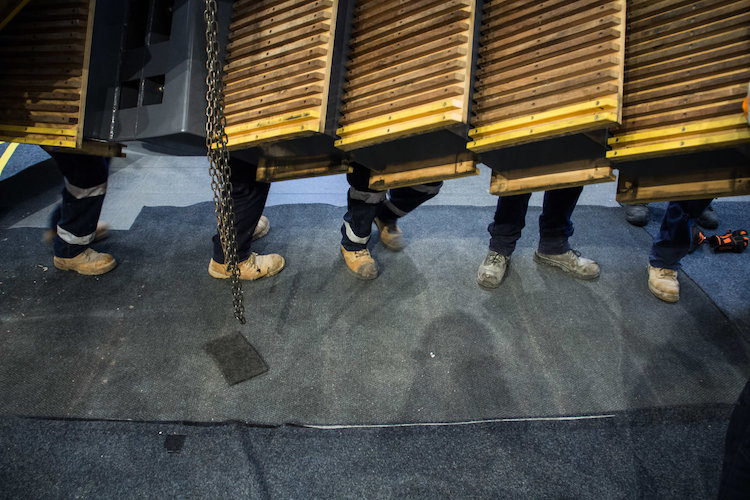 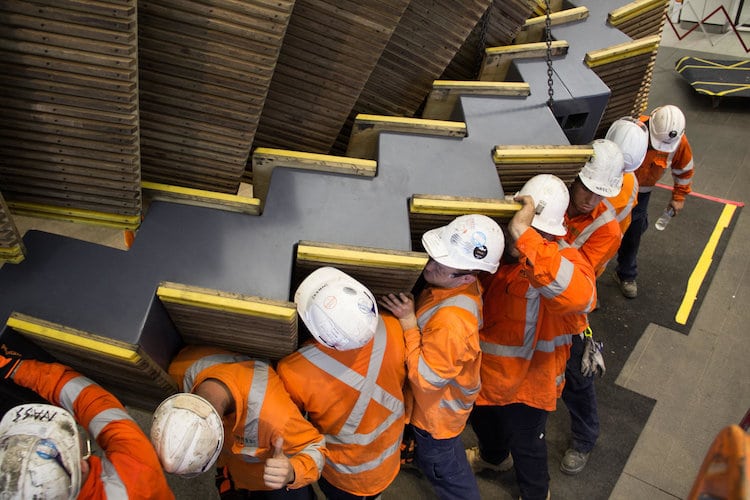 All images via Josh Raymond and Chris Fox.

Artist Carves a Sprawling Forest into an Ordinary Van

25+ Blossoming Works of Art Made Out of Real Flowers