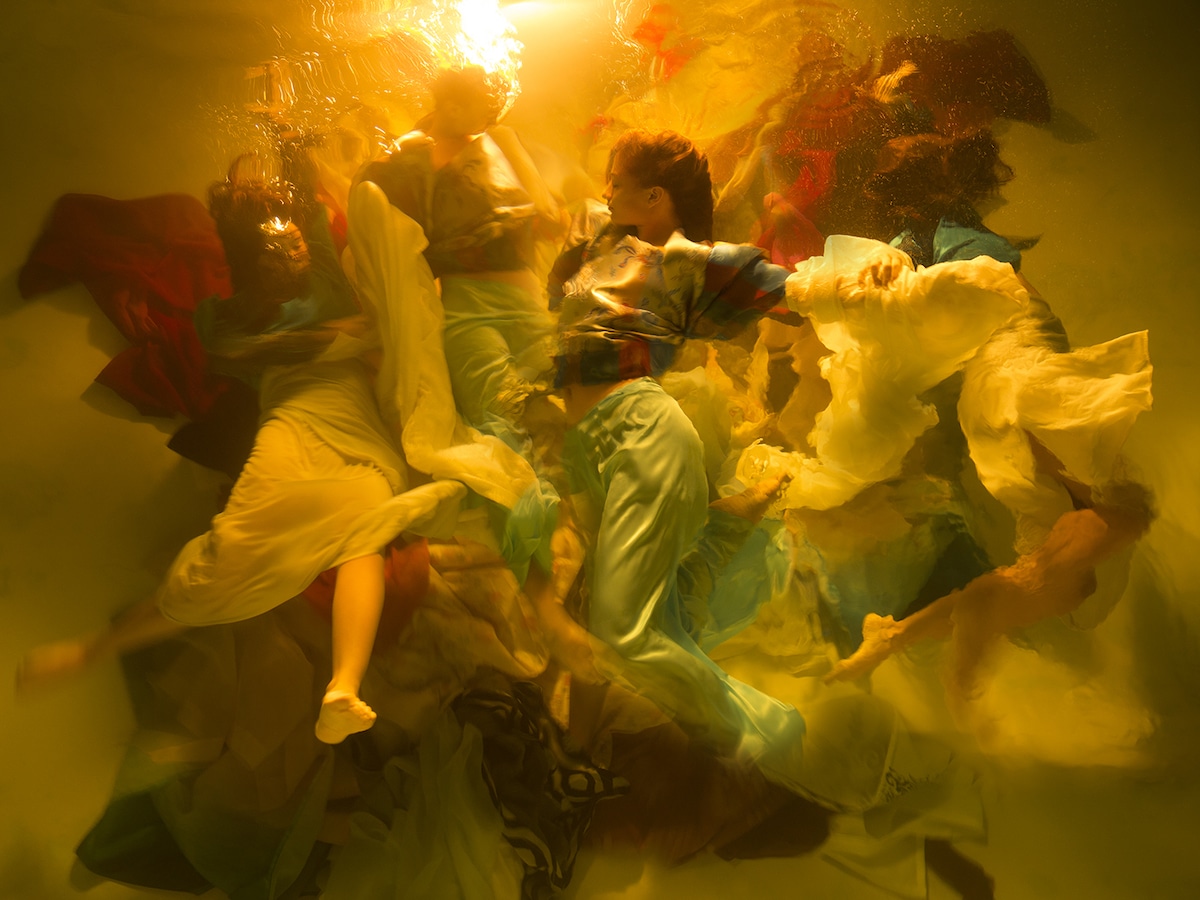 “Harmony” by Christy Lee Rogers, United States of America, 1st Place, Open, Motion (Open competition), 2019 Sony World Photography Awards. “Shot underwater in Hawaii, this image is part of my Muses Collection. What started to work best for me was having a perspective from outside of the water, looking in and using the surface of a pool as a canvas, utilizing natural effects like the refraction of light with movement to bend reality, and shooting at night so I could really control my light.”

From a record-breaking number of entries, ten exceptional photographs have been named the best single photos of the 2019 Sony World Photography Awards. The best standalone images of the year—submitted by photographers from 195 countries—compete in the Open competition. Diverse categories like Motion, Architecture, Street Photography, Culture, and Portraiture give photographers ample room to demonstrate their creativity and technical skill.

This year's winners include Christy Lee Rogers, who took home first place in the Motion category. Her work Harmony is taken from her Muses series. These underwater photographs look like dramatic Baroque paintings filled with dynamic movement, making her win a continued validation of her work as an artist. This year, tree of the ten categories were won by French photographers. This includes Nicolas Boyer, who won the Eurostar-supported Travel category for his arresting photo of a Japanese bride dressed in traditional costume.

Now, the winning photographers will have to wait until April to see who among them will be named Open Photographer of the Year and take home the cash prize of $5,000. The winning images will be part of the 2019 Sony World Photography Awards exhibition at Somerset House in London, which runs from April 18 to May 6, 2019. 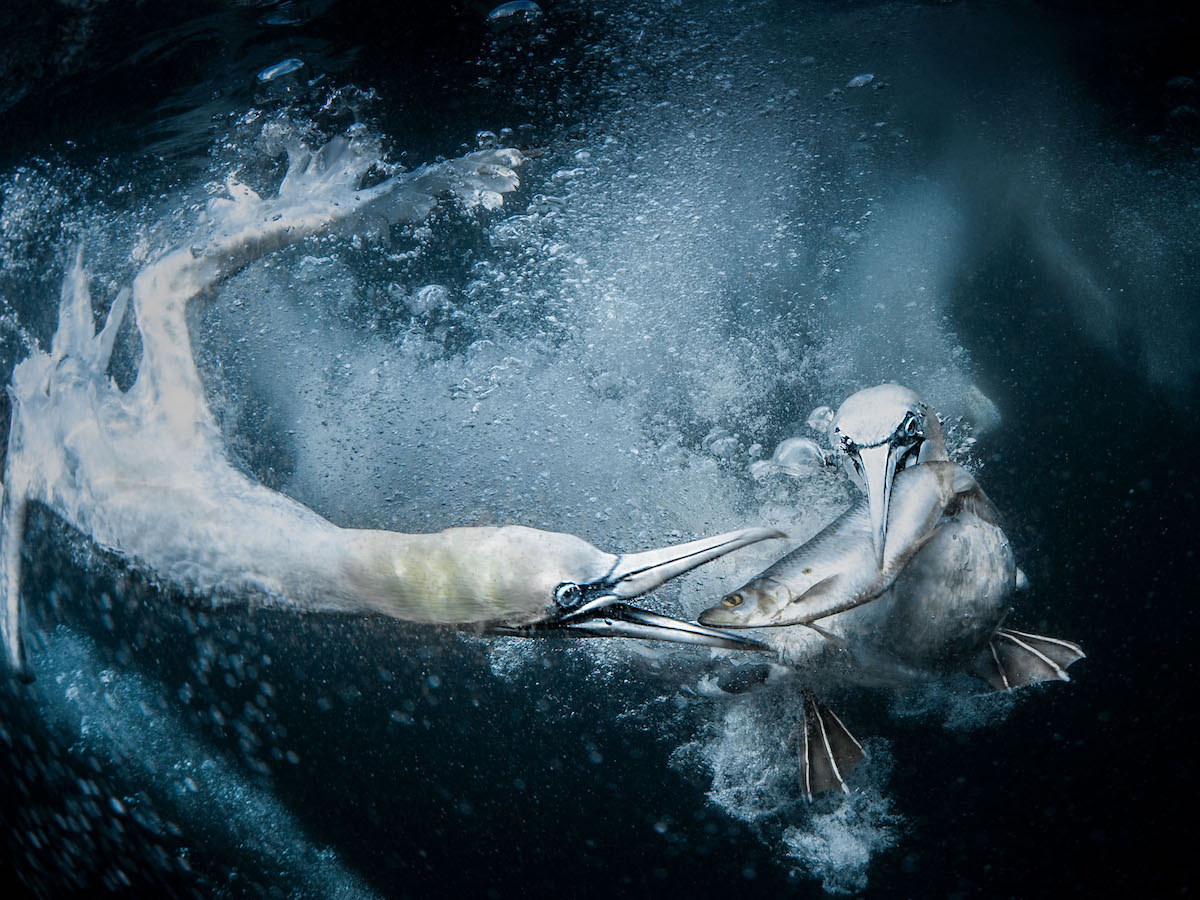 “Underwater Gannets” by Tracey Lund, United Kingdom, Winner, Open competition, Natural World & Wildlife, 2019 Sony World Photography Awards. “Whilst on a trip to Shetland, the biggest thing I wanted to do was photograph the gannets as they feed underwater. The photography takes place at sea around some of Shetland’s remotest headlands. Dead bait is used, using fish the Gannets would normally eat, locally sourced around Shetland. To be able to capture what goes on under the water was an unbelievable experience and one I will never forget.” 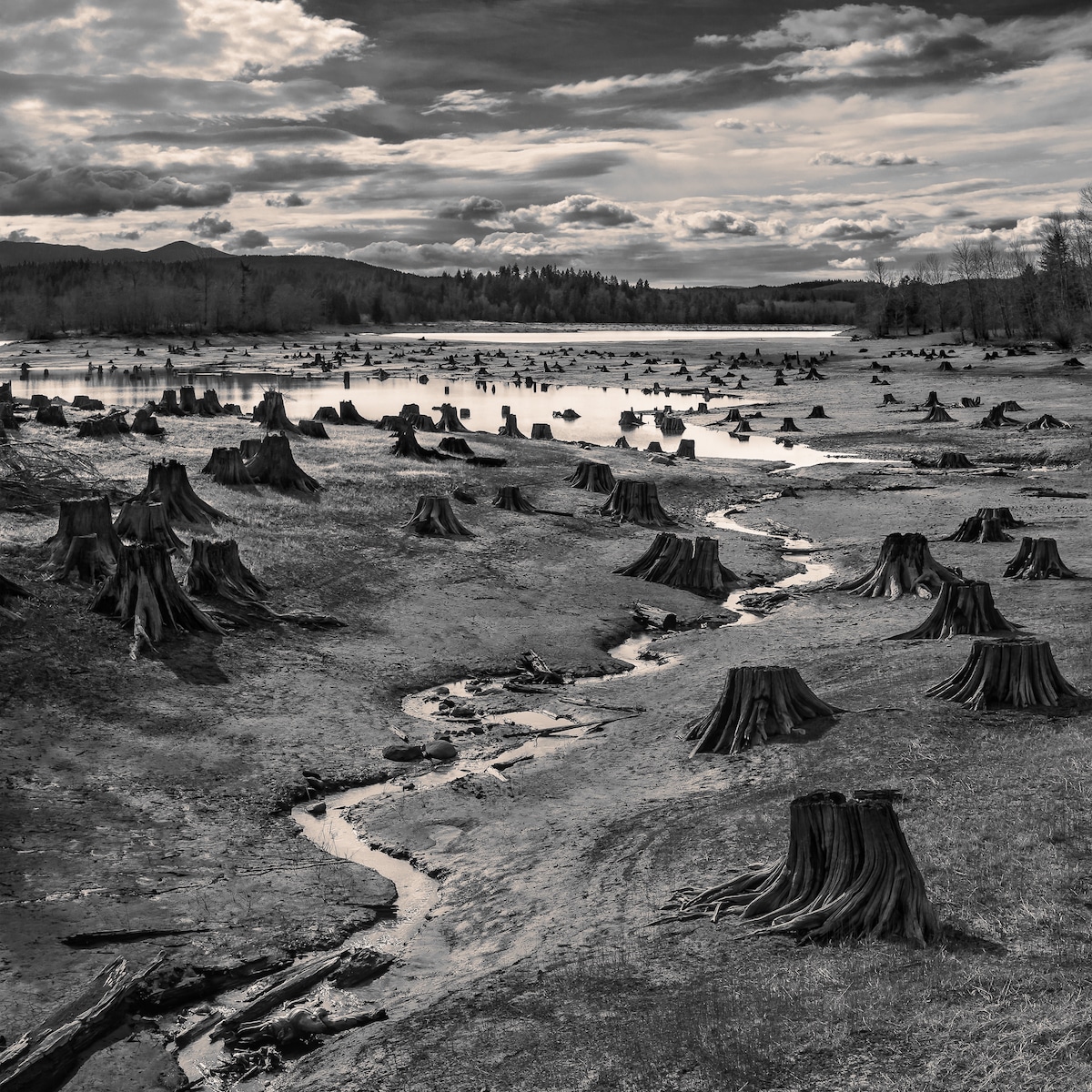 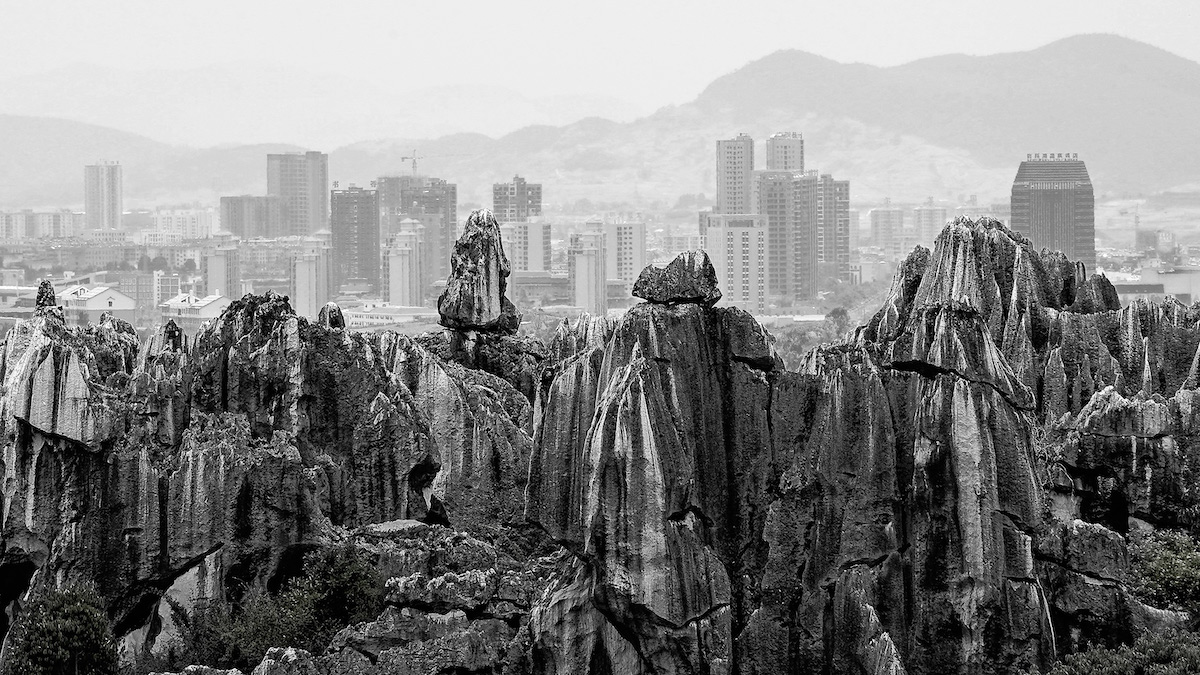 “Natural phenomena & man creation” by Carole Pariat, France, 1st Place, Open, Street Photography (Open competition), 2019 Sony World Photography Awards. “This stony forest, situated in the South of China, is composed of many stone peaks which were sculptured gradually by the process of erosion due to rain and wind. On the background, the mountain-shaped also during millions of years. And between the 2, these skyscrapers erected in no time at all in China contrast with this magic landscape without age. Nevertheless, in the similarity of their form, the stony constructions rising of the ground, seem to begin a silent dialogue, with the maze of high buildings drawn by the hand of the men.” 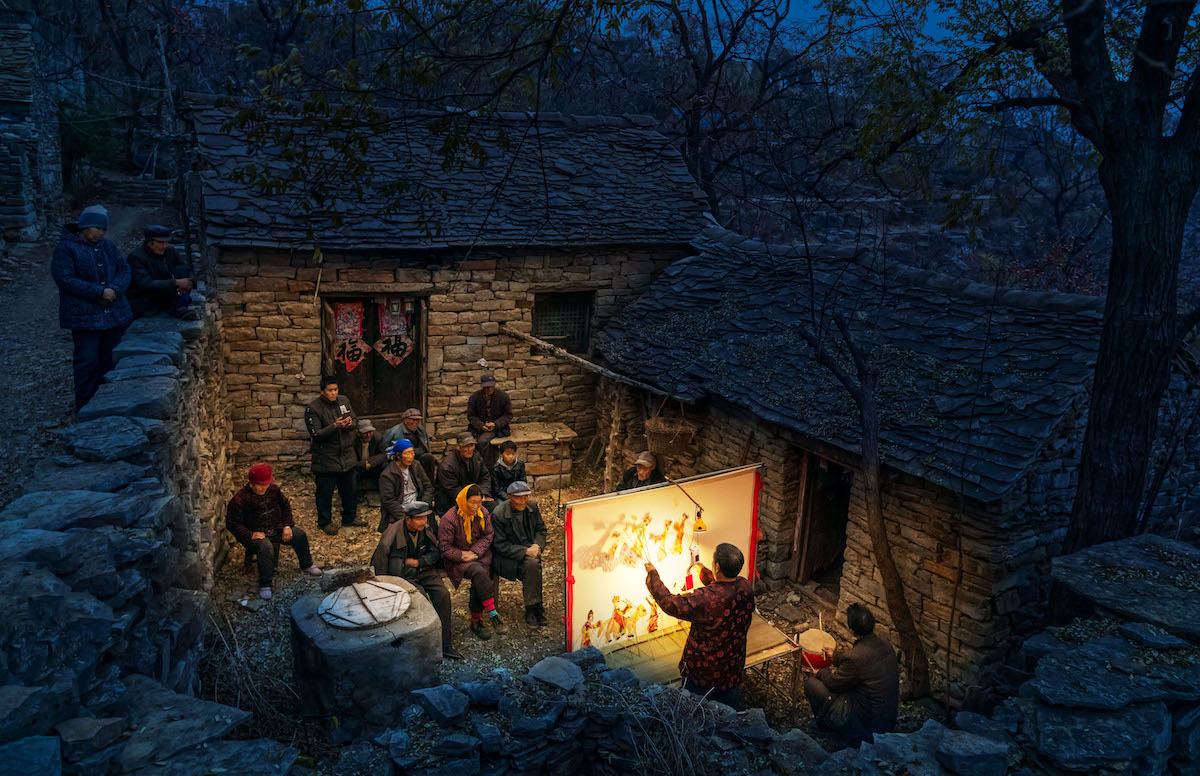 “Shadow Puppetry” by Pan Jianhua, China Mainland, Winner, Open competition, Culture, 2019 Sony World Photography Awards. “Shadow Puppetry is an ancient folk art with a history of more than 2000 years in China. The village shadow Puppets performers perform for the local villagers in the courtyard of a stone house.” 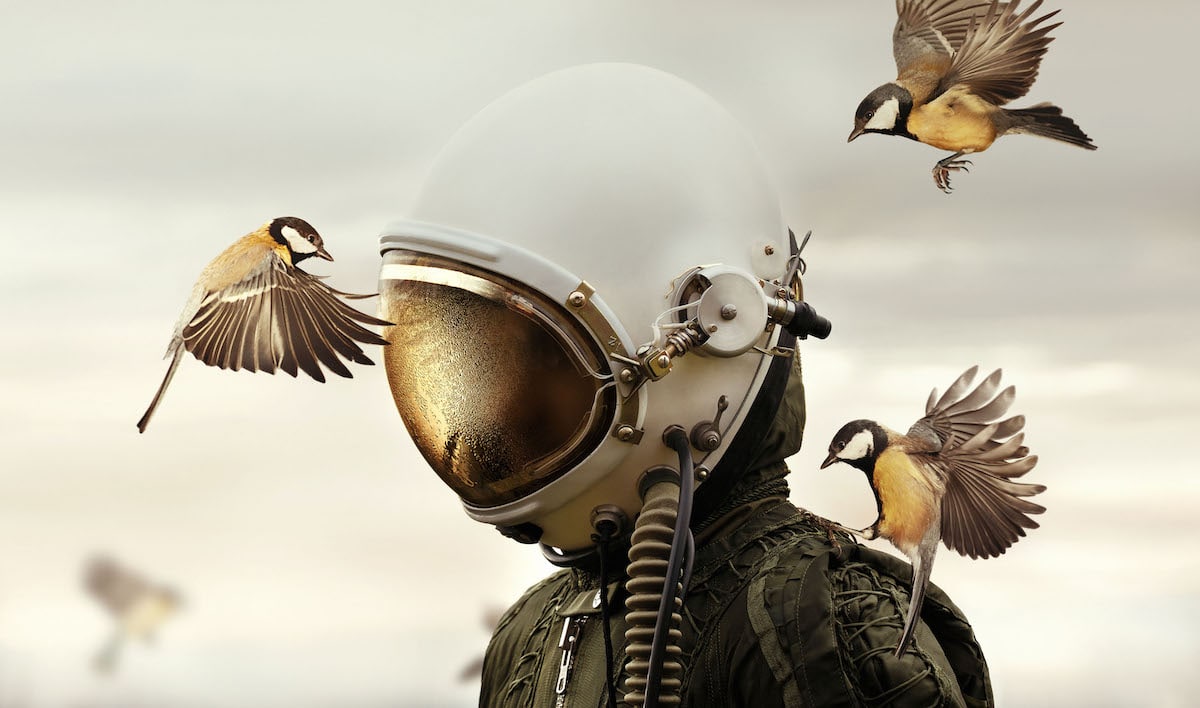 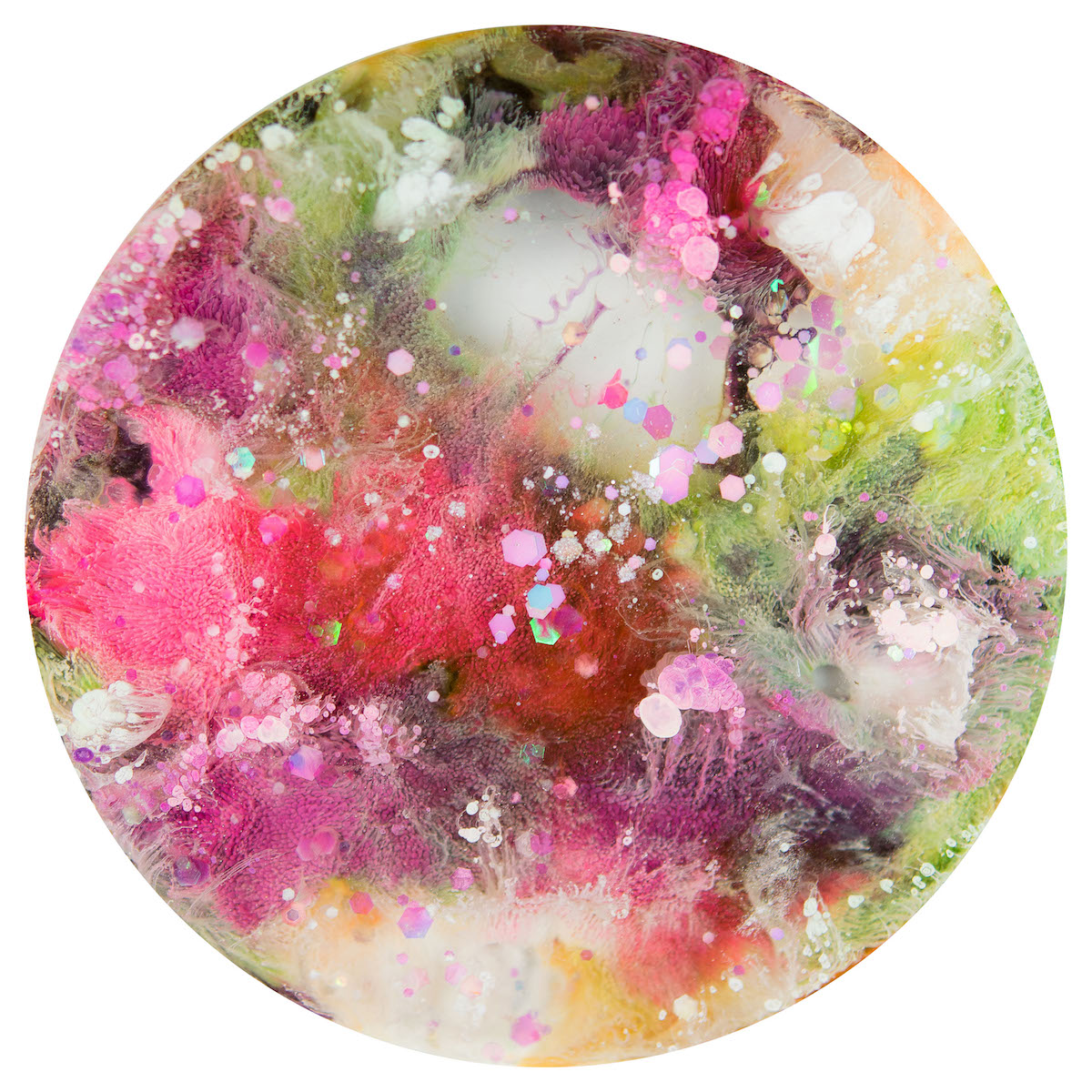 However brilliant you may be, you can't do anything without support from others.
This is a photograph of my resin artwork. Using self-made paint mixed with resin to capture colors in liquefaction and also in petrifaction form. It looks like an abstract flower garden. I hope this piece can remind everyone ‘Don’t just take, give!’. And always appreciate and be thankful for the people that helped and supported you unconditionally.” 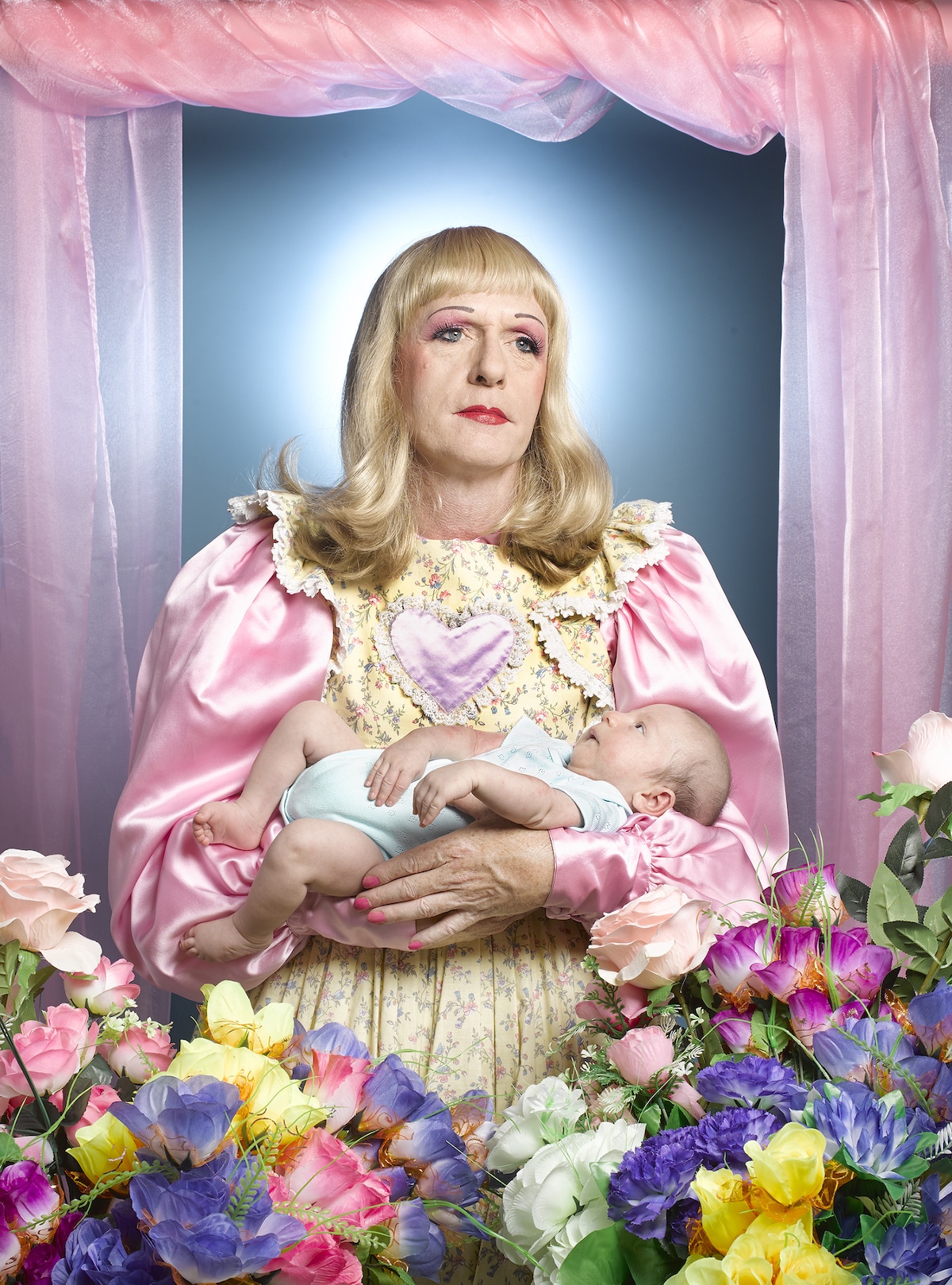 “Grayson Perry – Birth” by Richard Ansett, United Kingdom, 1st Place, Open, Portraiture (Open competition), 2019 Sony World Photography Awards. “I have been working closely with Grayson Perry for 5 years developing conceptual campaigns for his social documentary films. This ‘Birth' concept is designed and inspired by the inexhaustible mother and child motif brought up to date for the 21st century and all shot ‘in camera' at a studio near his home. Baby Dylan was supplied by the client's press officer recently on maternity leave. We thought it would be a great early memory.” 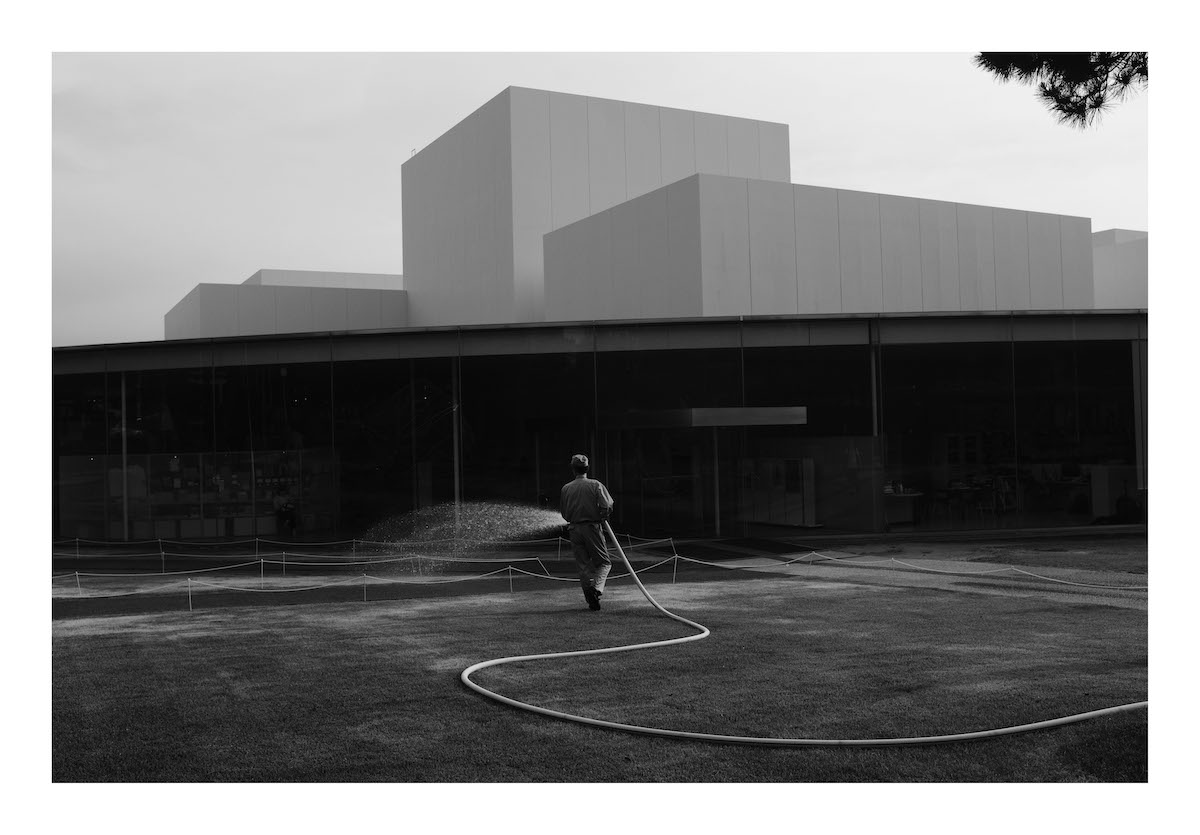 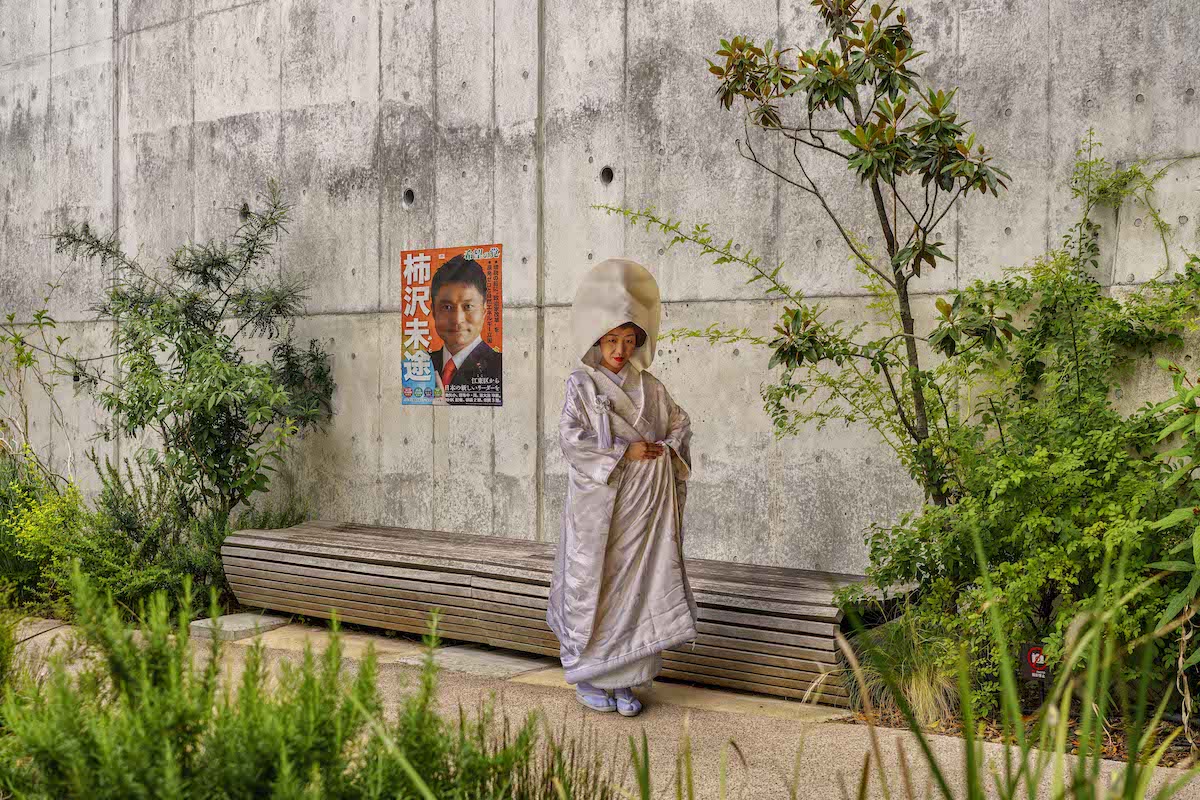 My Modern Met granted permission to use photos by the World Photography Organisation.

Wowed by the winners? Share
Like My Modern Met on Facebook
Get Our Weekly Newsletter
Become a
My Modern Met Member
As a member, you'll join us in our effort to support the arts.
Become a Member
Explore member benefits