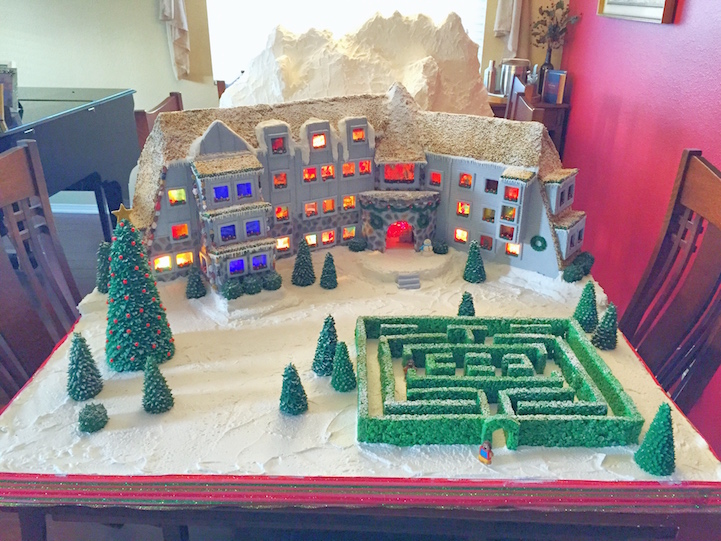 Every year, twin brothers Aaron and Austin Keeling, along with their family, build a gingerbread house. This season, they went above and beyond your average candy home, creating an edible set that's as terrifying as it is impressive. The Keeling clan reimagined the famous Overlook Hotel from the classic horror film, The Shining.

Who knew gingerbread could be so scary? Using the spicy cookie, icing, fondant, candy, and Rice Krispy treats, the family depicted a number of the movie's unforgettable moments. This includes some iconic characters, like the spooky twin girls as they stand in the building's hallway, and the skeletons from Wendy's vision of a New Year's Eve “party.” Most notably, however, the Keelings included the chilling sight of the hotel elevator as it spills with blood. To recreate the splashing effect, they melted and hand-formed Jolly Ranchers, mimicking the crimson fluid gushing out of the elevator's open doors.

The Keeling's painstaking attention to detail is evident both inside and out–even down to the hedge maze outside of the hotel. They've had time to perfect these incredible techniques–this is a 10-year-long tradition in their family–and they've certainly set the bar high for next year's creation! 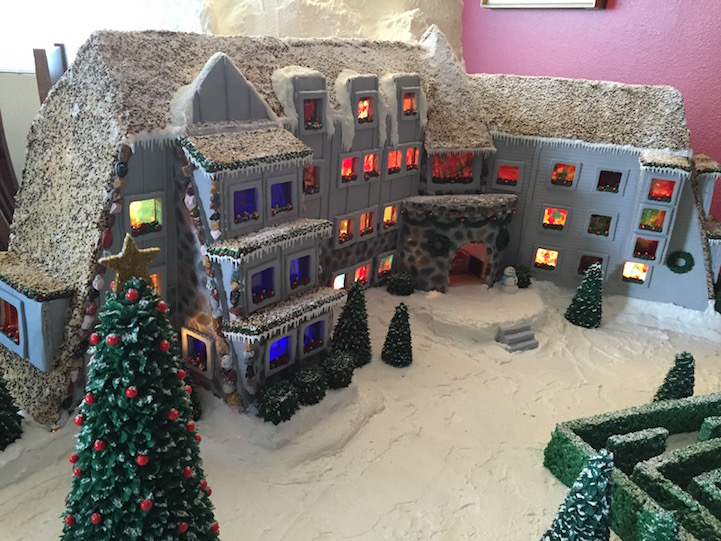 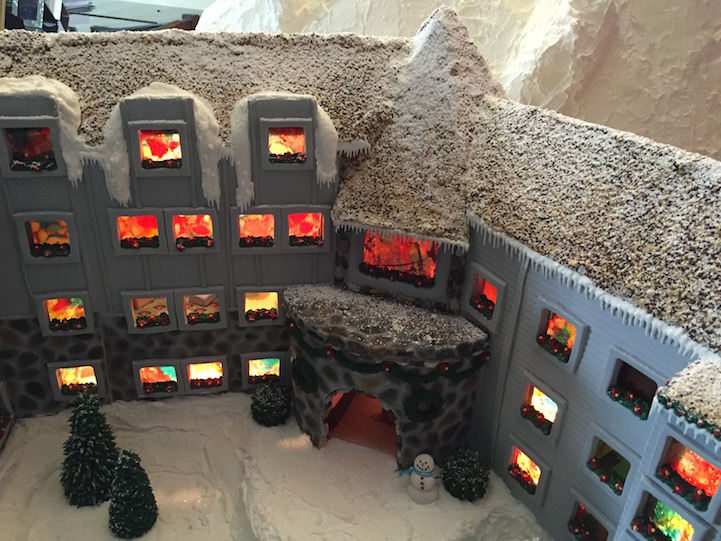 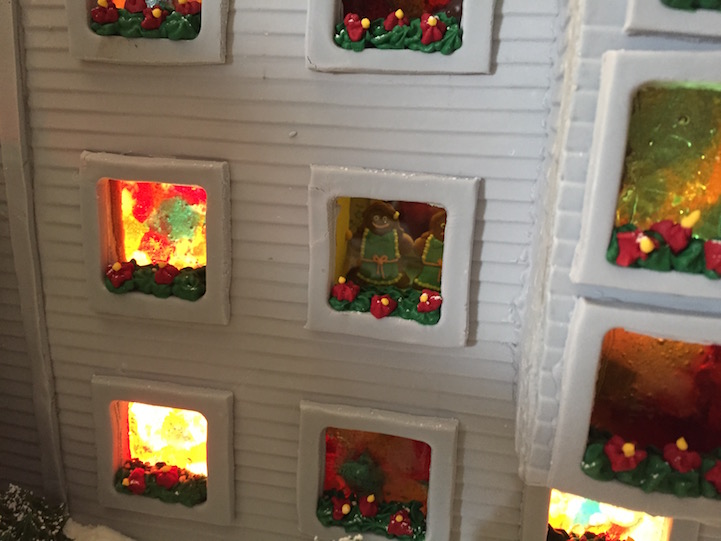 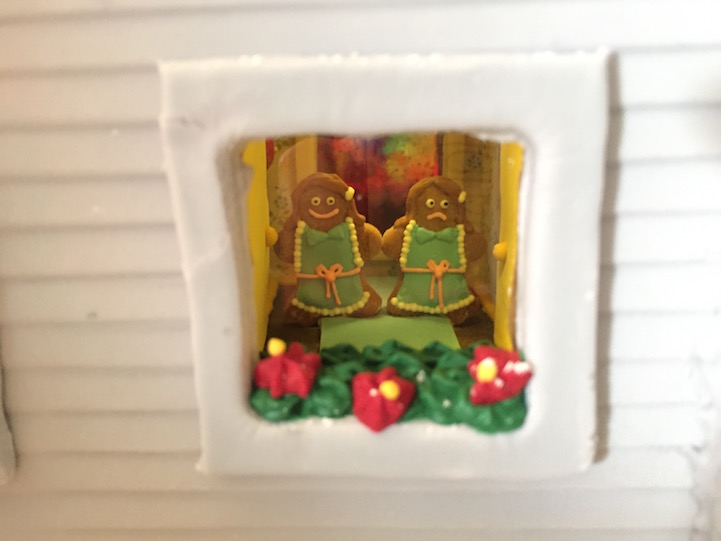 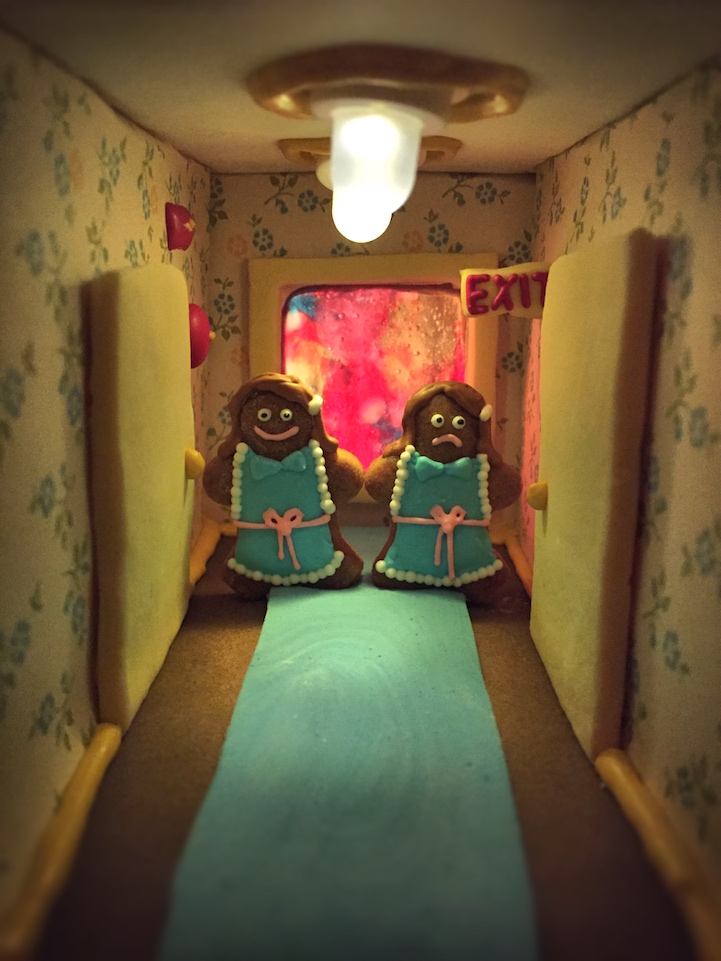 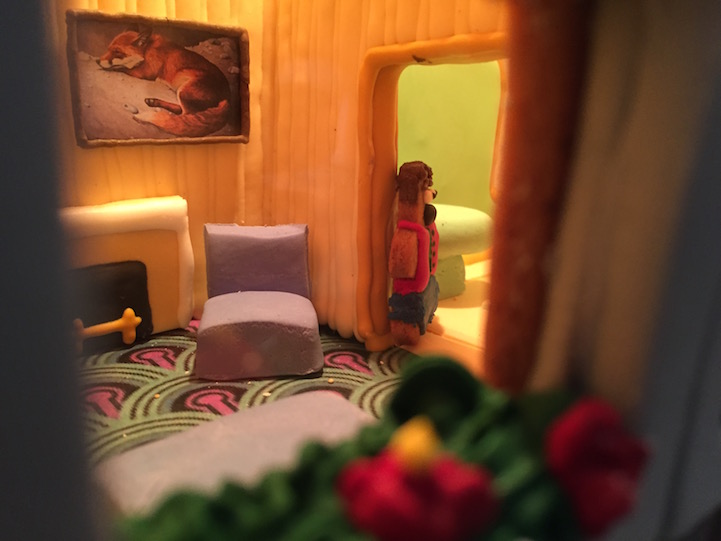 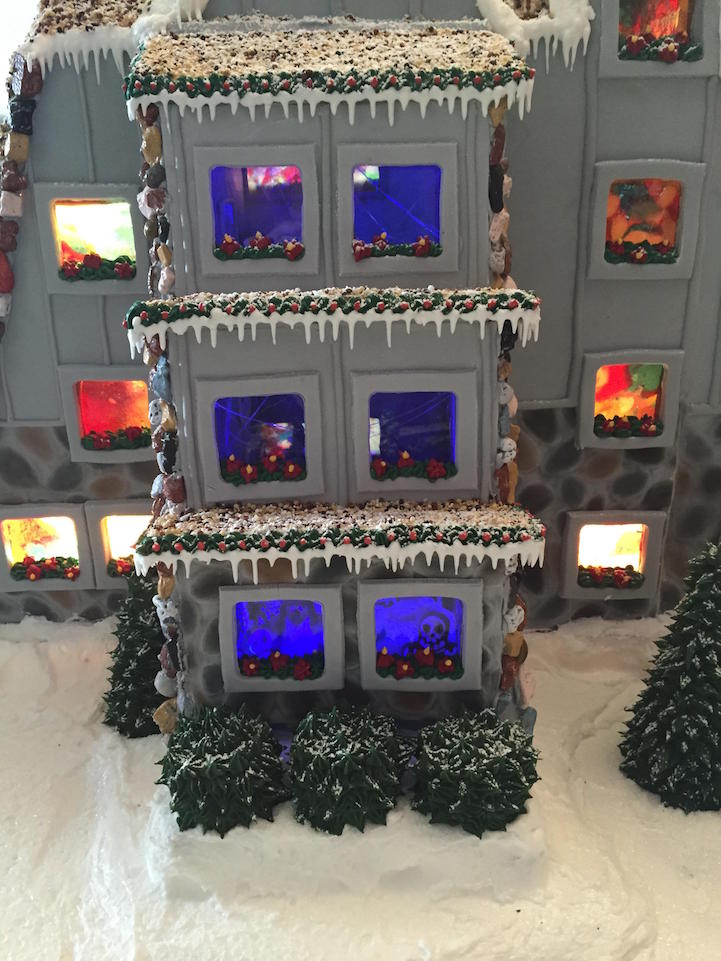 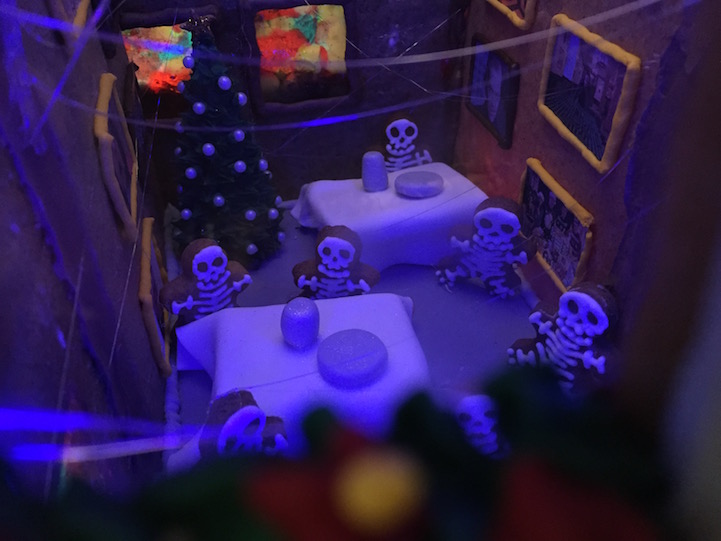 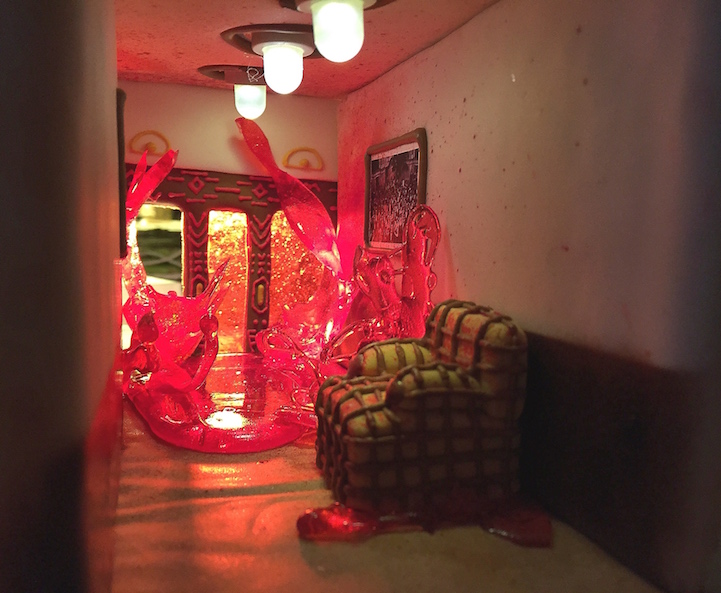 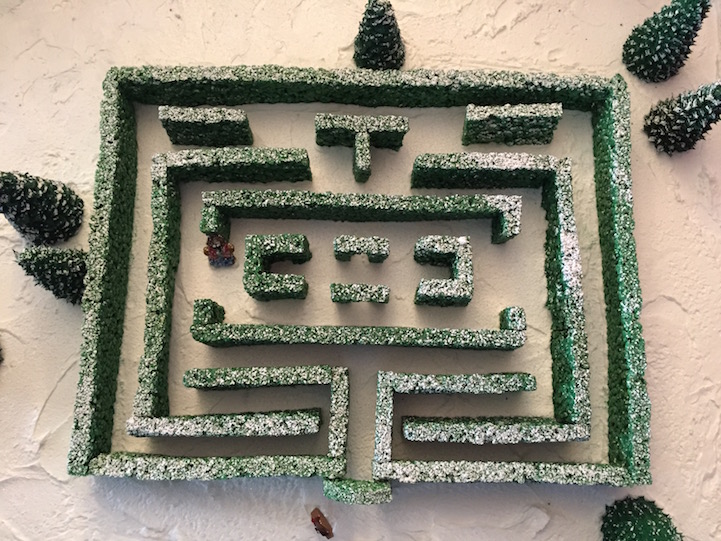 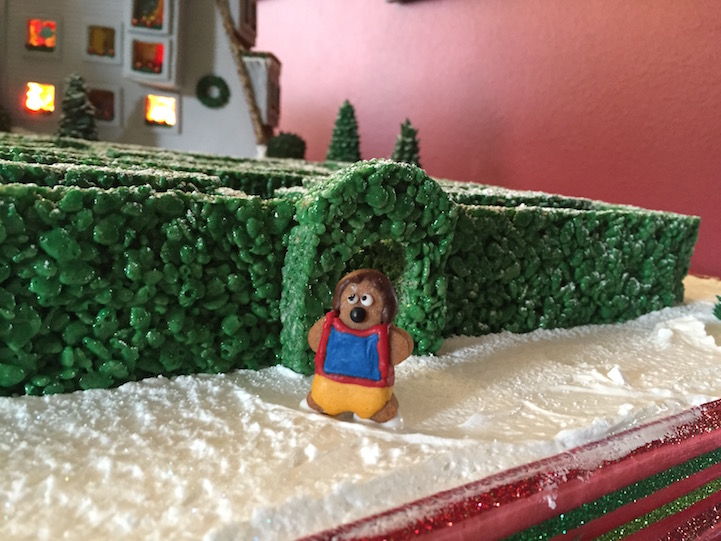 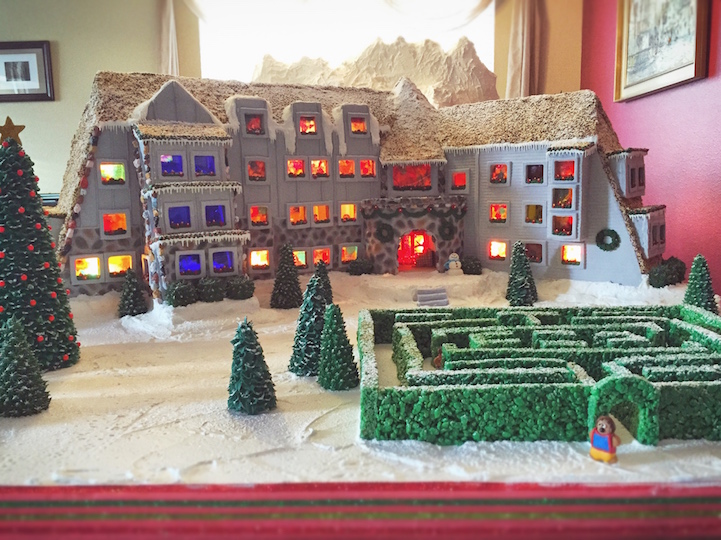