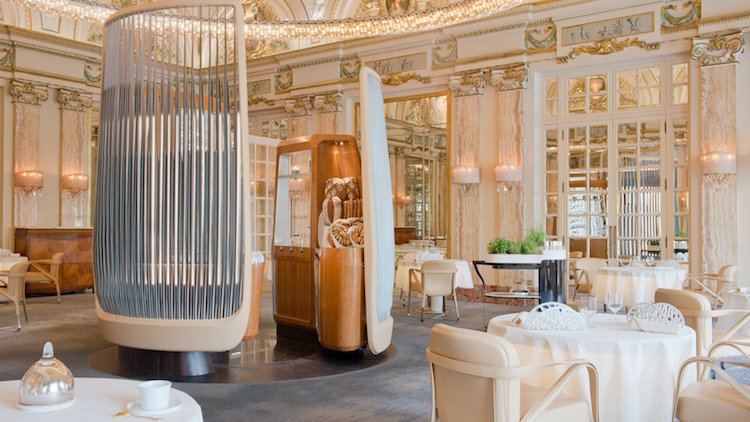 World-renowned chef Alain Ducasse is known for his remarkable restaurants and his many, many Michelin stars. As the head chef of Monte Carlo's Le Louis XV in the 1980s, Ducasse put the restaurant on the map, where it has remained ever since. In 2015, nearly 30 years later, the iconic restaurant underwent a restoration led by Ducasse that successfully improved its interior without sacrificing its highly regarded reputation.

Nestled in the historic Hôtel de Paris, the award-winning restaurant—which is now known as “Alain Ducasse at the Hôtel de Paris”—has been reimagined by designers Patrick Jouin and Sanjit Manku. In keeping with its classically and quintessentially French theme, the designers decided to retain its ornate aesthetic but with a modern twist. Inspired by a mythological fresco on the dining room's circular ceiling, Jouin and Manku opted to install a modern and minimalist chandelier that echoes its shape and contrasts its elaborate nature. In the center of the floor, directly beneath the fresco and fixture, is another contemporary addition: L'Office, a sleek service station that houses all the good stuff—bread, butter, oil, liqueurs, and chocolates.

Like the contemporary chandelier and the streamlined L'office, cream-colored chairs, white table cloths with simple navy stitching, and a neutral carpet offset the glistening gold paint, Baroque-like molding, and Versailles-inspired mirrors that elegantly adorn the dining room's walls and accentuate its painted ceiling.

Just in case Le Louis XV's stunning architecture and inventive interior design aren't enough of an incentive to start saving for a Monegasque getaway, perhaps its redesigned menu will whet your appetite.

If a trip to Monte Carlo isn't exactly on the menu, you can still get a sneak peek of the gorgeous Le Louis XV redesign below. 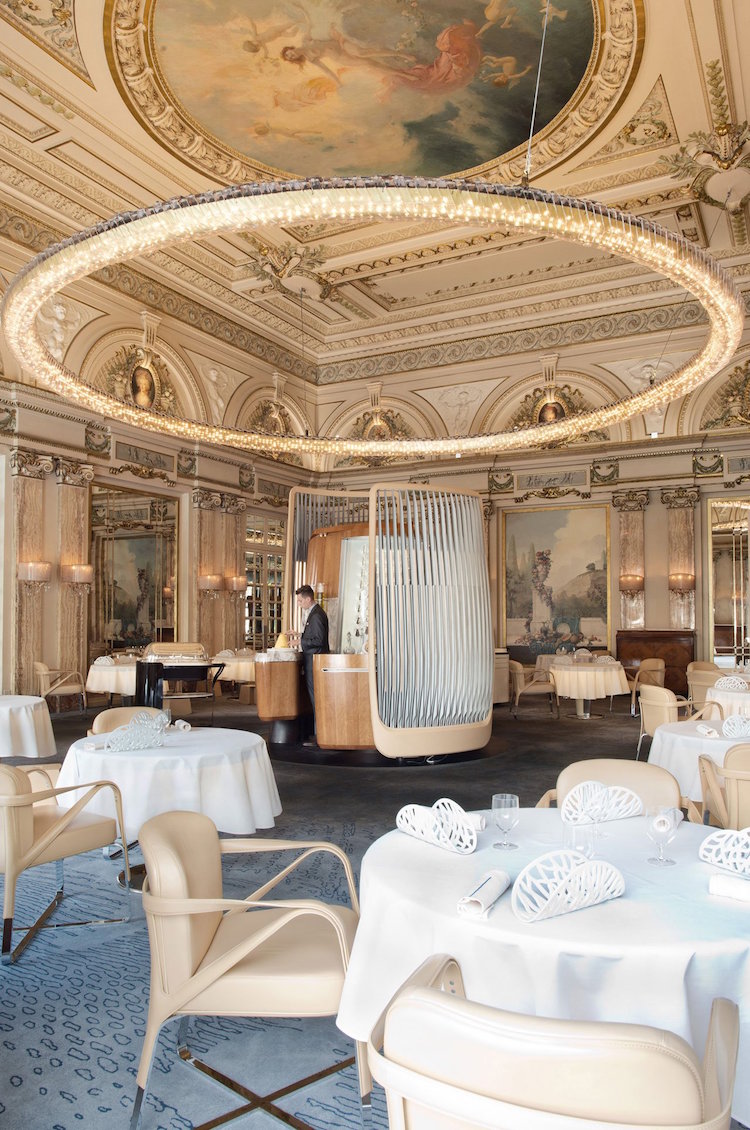 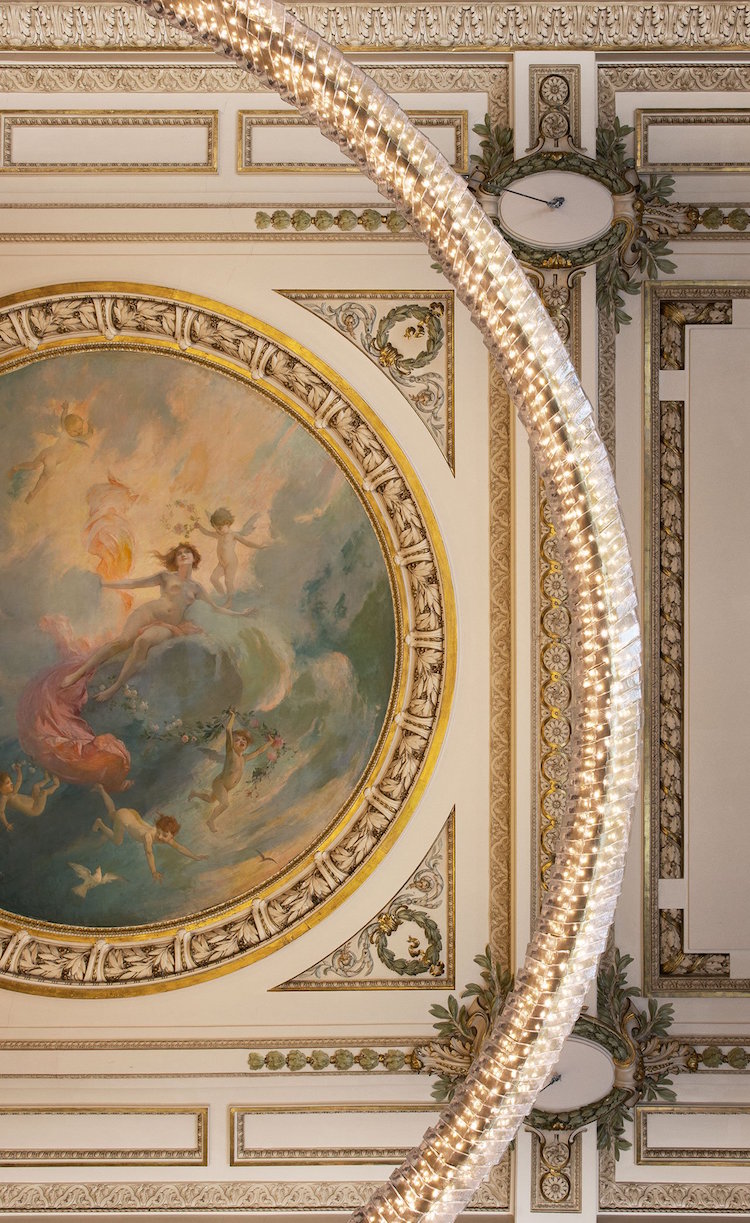 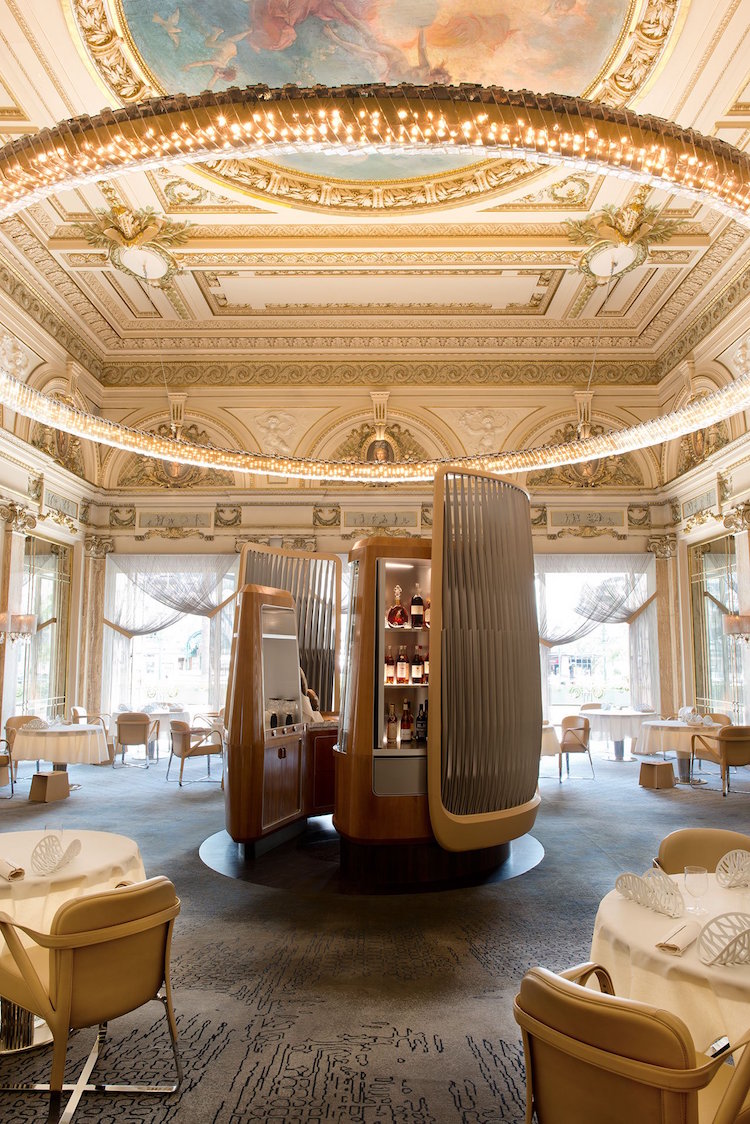 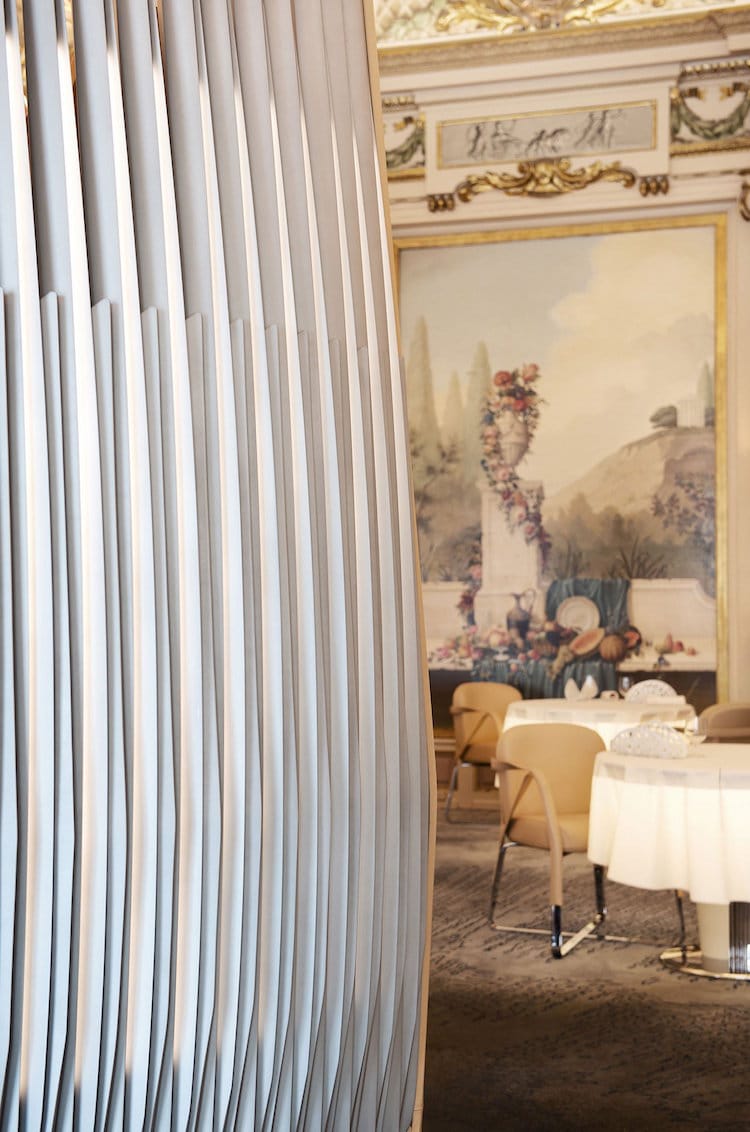 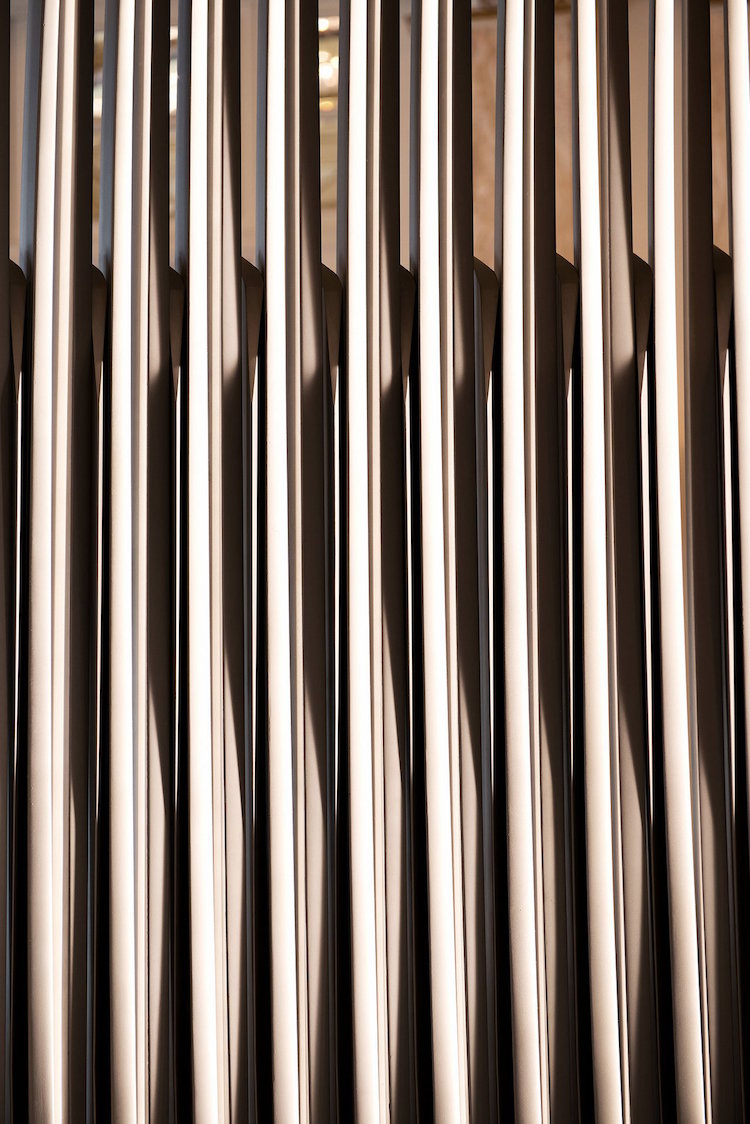 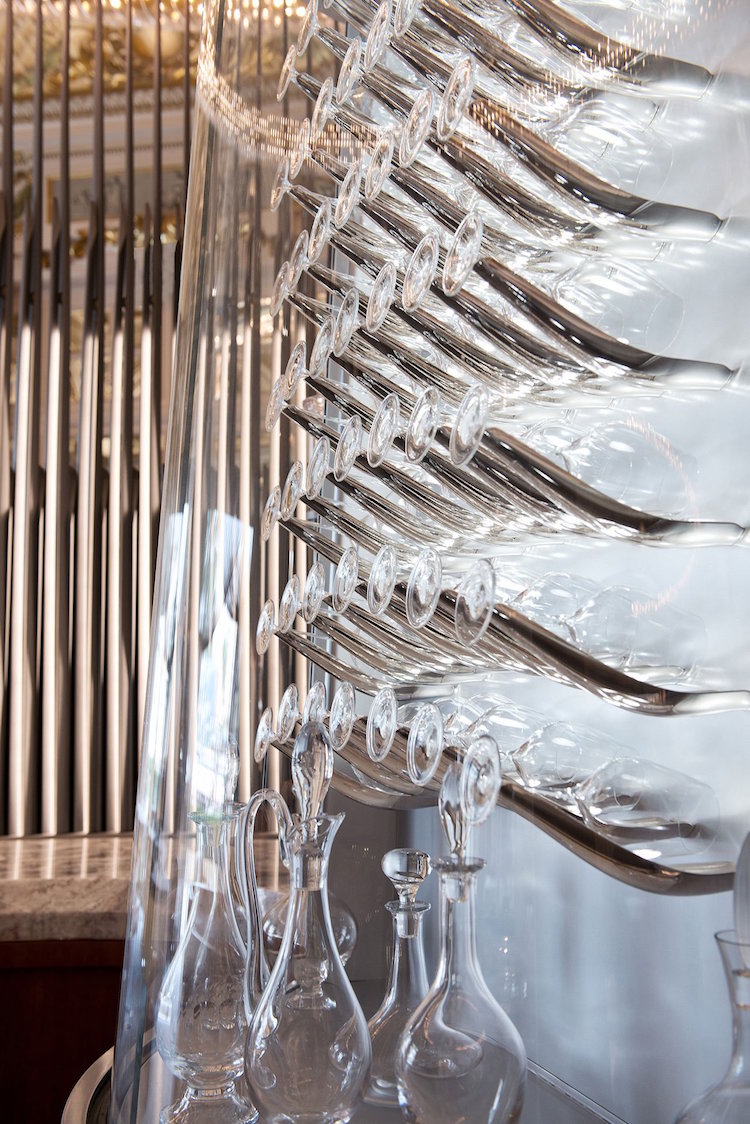 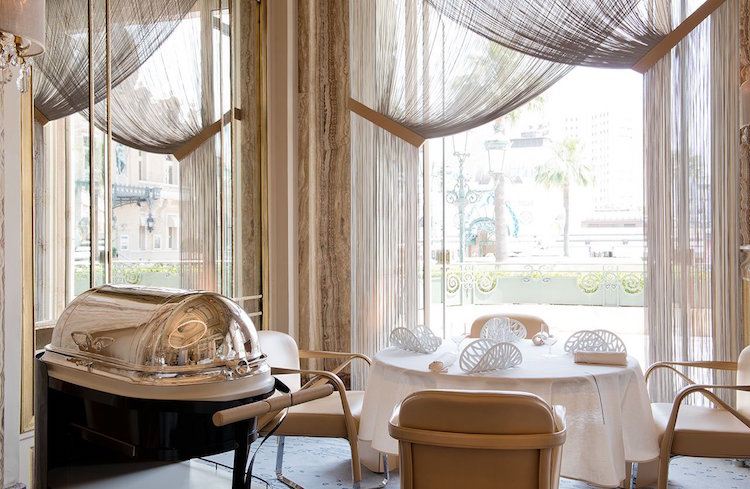 All images by Hélène Hilaire.

Longing to eat at Le Louis XV? Share
Like My Modern Met on Facebook
Get Our Weekly Newsletter
Become a
My Modern Met Member
As a member, you'll join us in our effort to support the arts.
Become a Member
Explore member benefits 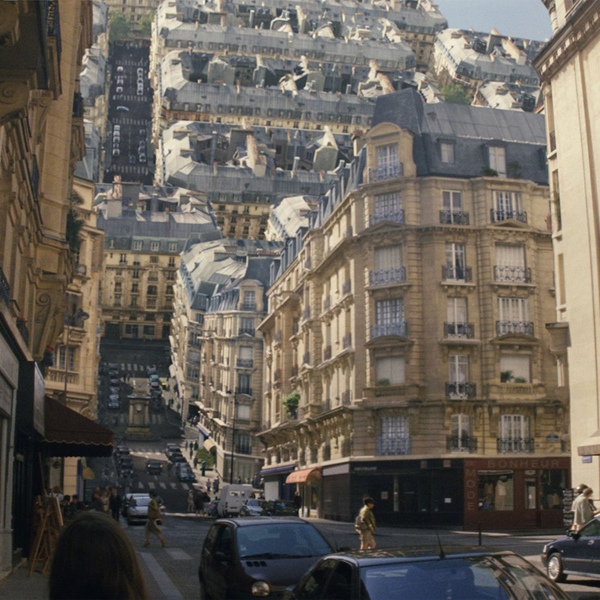 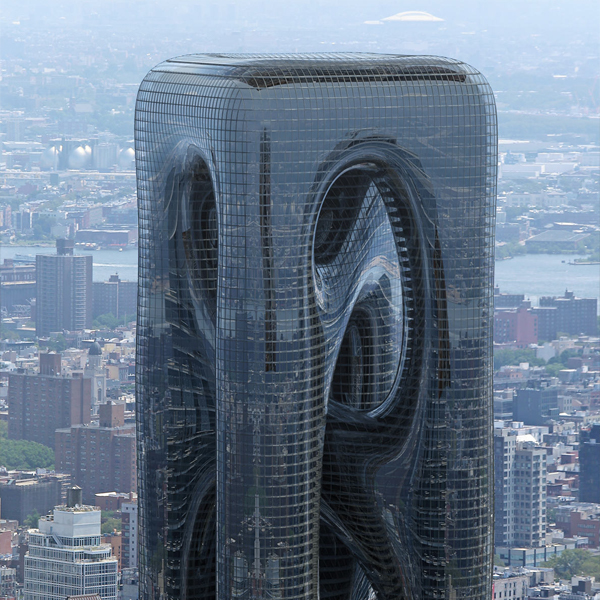 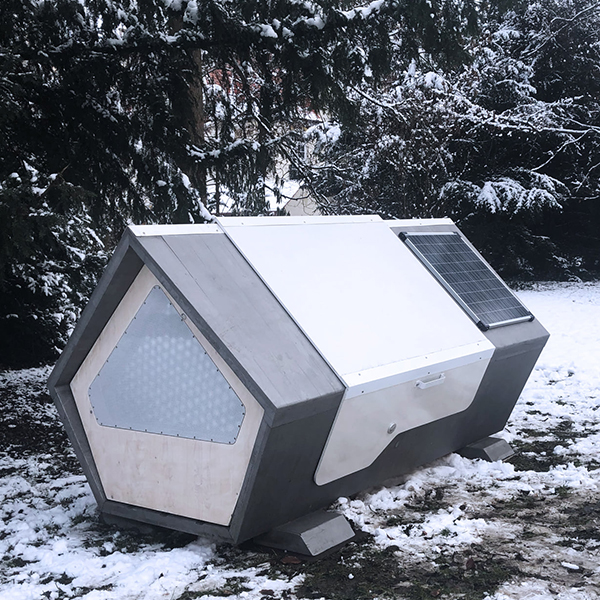