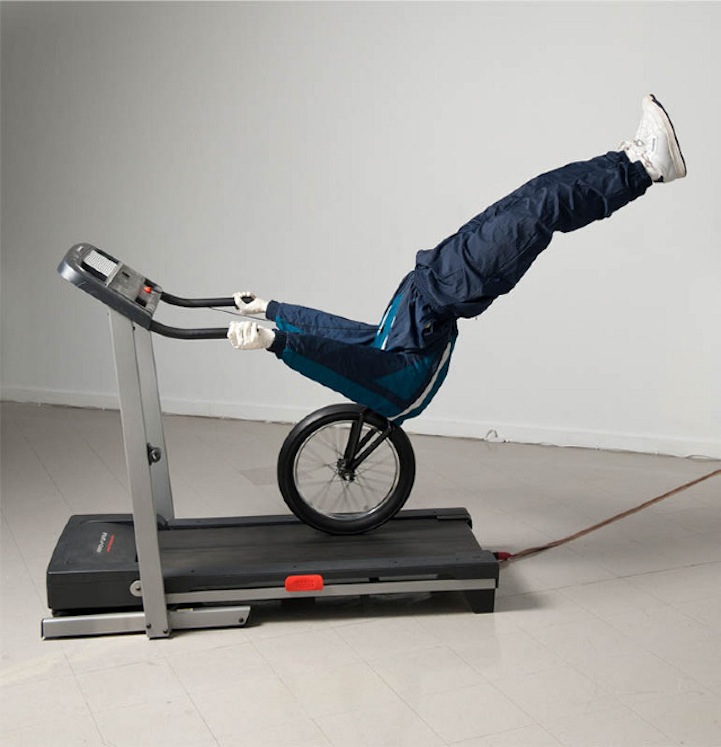 At very quick first glance, nothing seems out of the ordinary with these human sculptures by Maryland-based artist Andy Vible. A life-size human figure sits, watching TV or reading a newspaper. But, as reality sets in, the one pretty obvious and hilarious factor is that not one of the figures has a normal, human head. Ranging anywhere from a fish bowl to a video camera, Vible replaces each head with all kinds of everyday objects that seem random, but which are, in fact, quite intentional.

Vible says that each object reflects the actions of his figures. A sculpture that is seated in front of a microphone has a speaker for a head. A figure seated at the breakfast table and eating toast has a toaster for a head. The artist says, “I use objects that people are already familiar with because through these objects, I feel that I can communicate in a type of language that everyone understands. I substitute these objects for a person's head and create a vicious cycle by putting the person in a chicken-and-egg circumstance with no escape.” 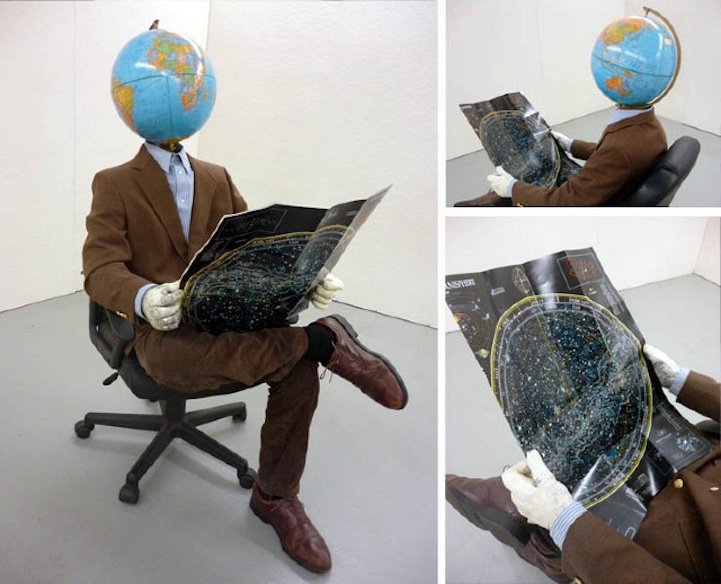 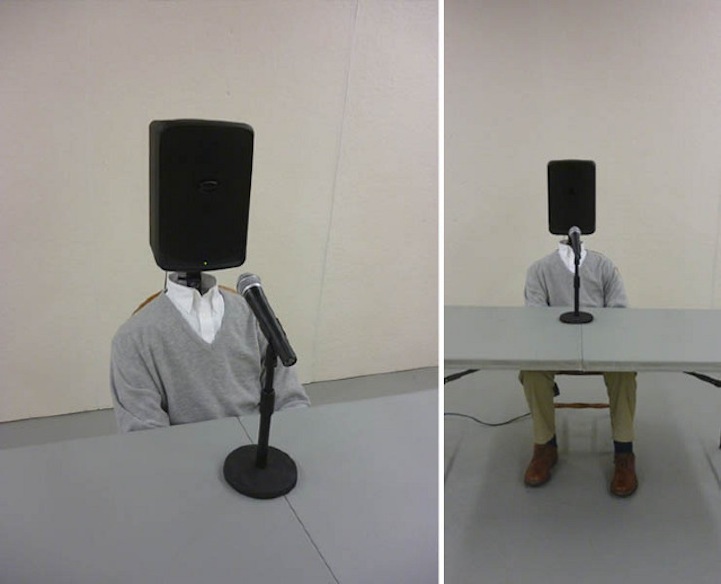 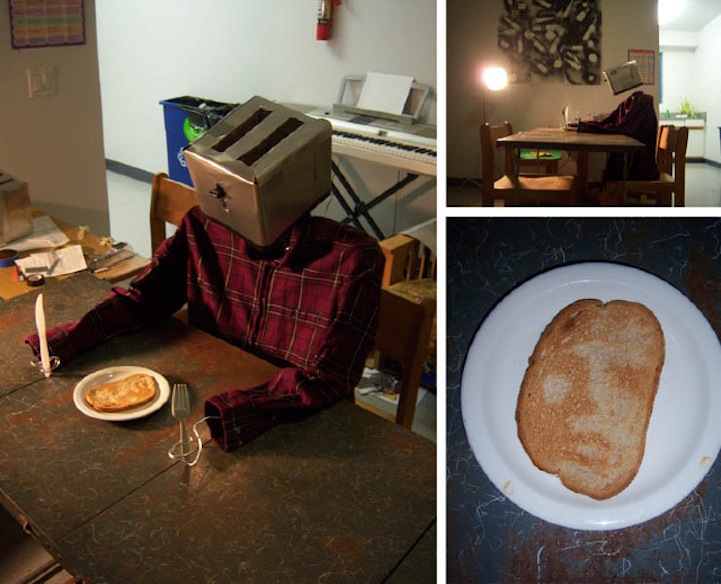 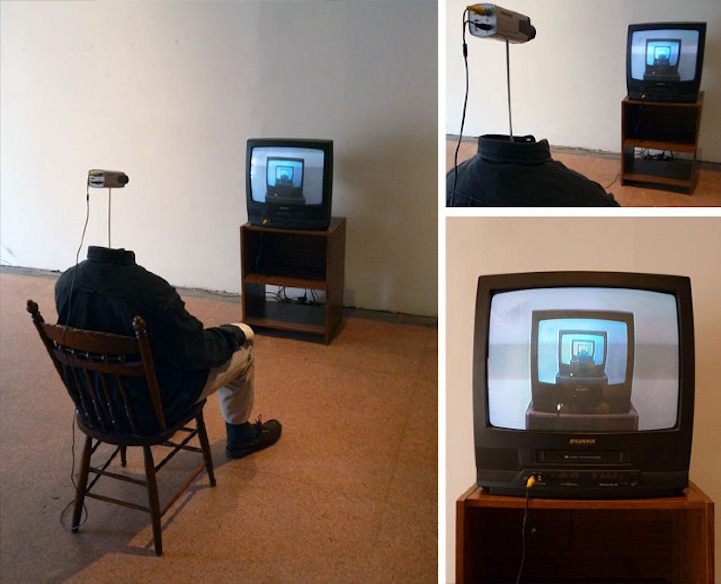 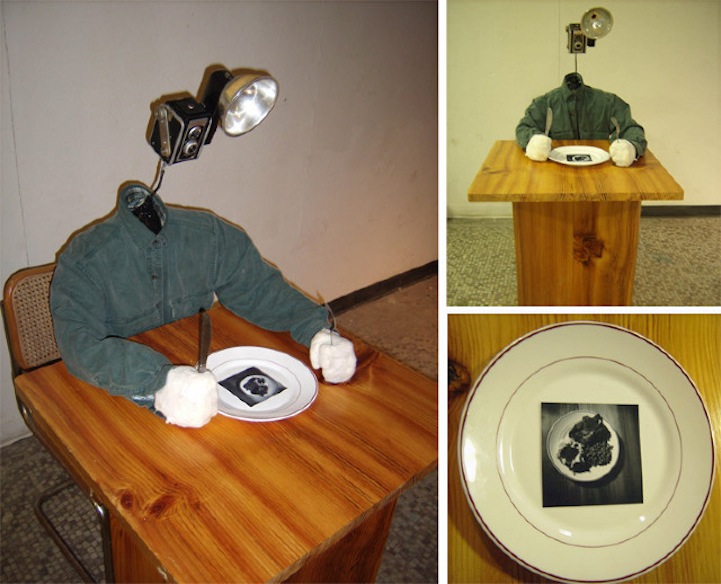 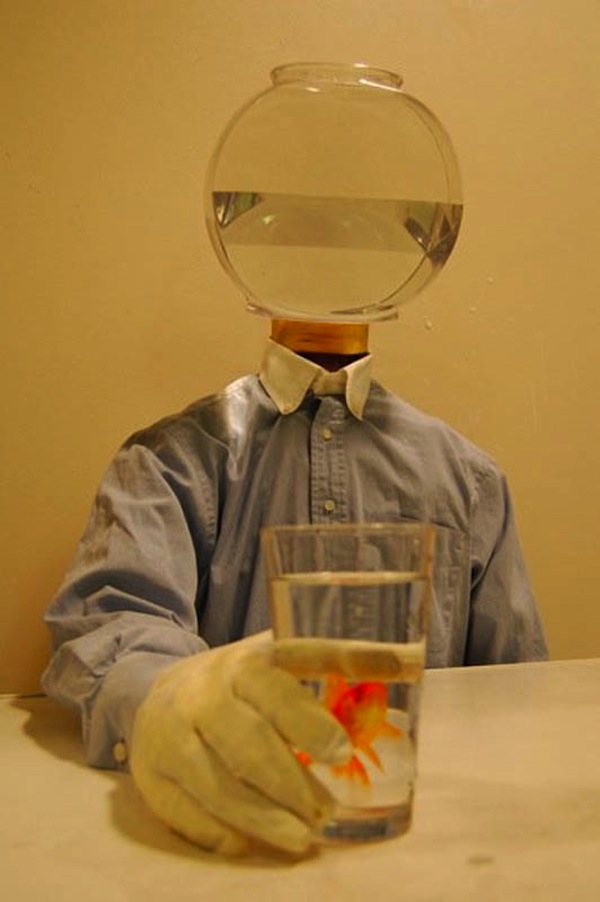