Family Spends 6 Months Losing Weight, Shares Inspiring Results in Before and After Photos 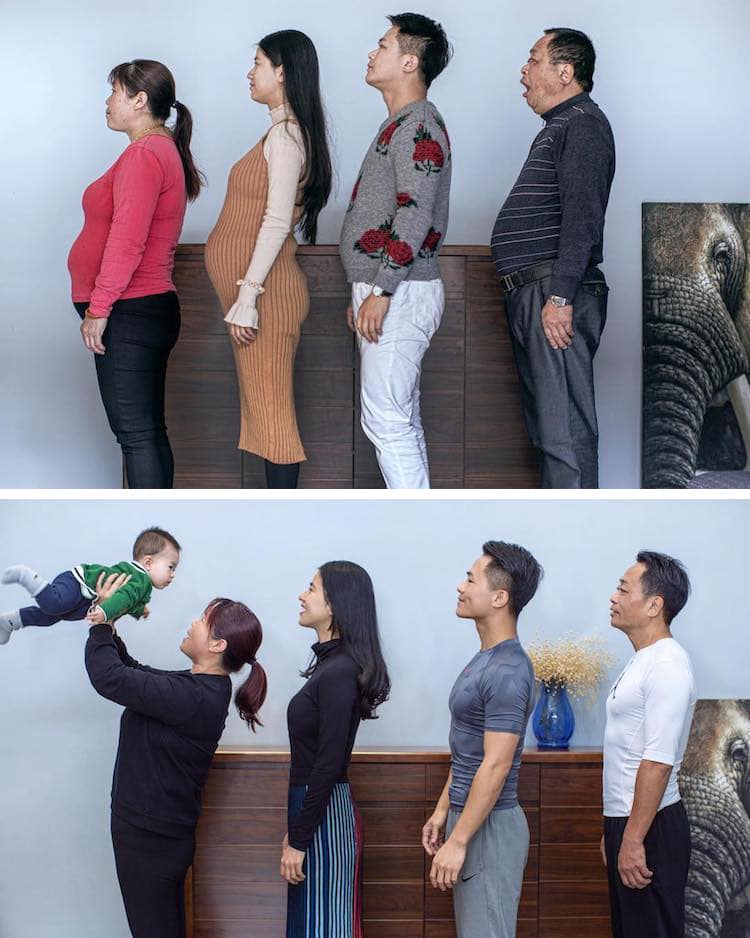 When it comes to New Year's resolutions, many people set their sights to losing weight and getting fit. It can be challenging to do this all on your own, which is why it's recommended that if you're going to try and get in shape, you do it with a friend. Photographer @xyjesse (aka Jesse) proves that having a workout group—people to encourage you and hold you accountable—will help you ensure you reach your goals. He and his entire family spent six months shedding pounds and getting fit, and Jesse shares their incredible before and after weight loss just in time for 2018.

The inspiration for this family slim-down came when Jesse’s mom and dad temporarily moved in with him and his wife during the first several months of their newborn baby’s life. Jesse’s dad brought “alcoholism and a beer belly” with him, and his son thought that an exercise program might be just what his dad needs to get a new lease on life.

Like many successful workout programs, the group started with small, achievable goals. They began by power walking and worked their endurance up to running. Every 10 days, Jesse would visually record their success with a photo, and the results are awe-inspiring and a true testament to dedication and grit.

Jesse and his dad have since traded their bellies for washboard abs that they now parade during shirtless jogs around the waterfront—with good reason. The entire family looks great; their journey is a reminder that no matter the time of year, you too can make these types of stunning transformations with the help of loved ones.

Need some before and after weight loss inspiration? Look no further than photographer @xyjesse (aka Jesse) and his family. 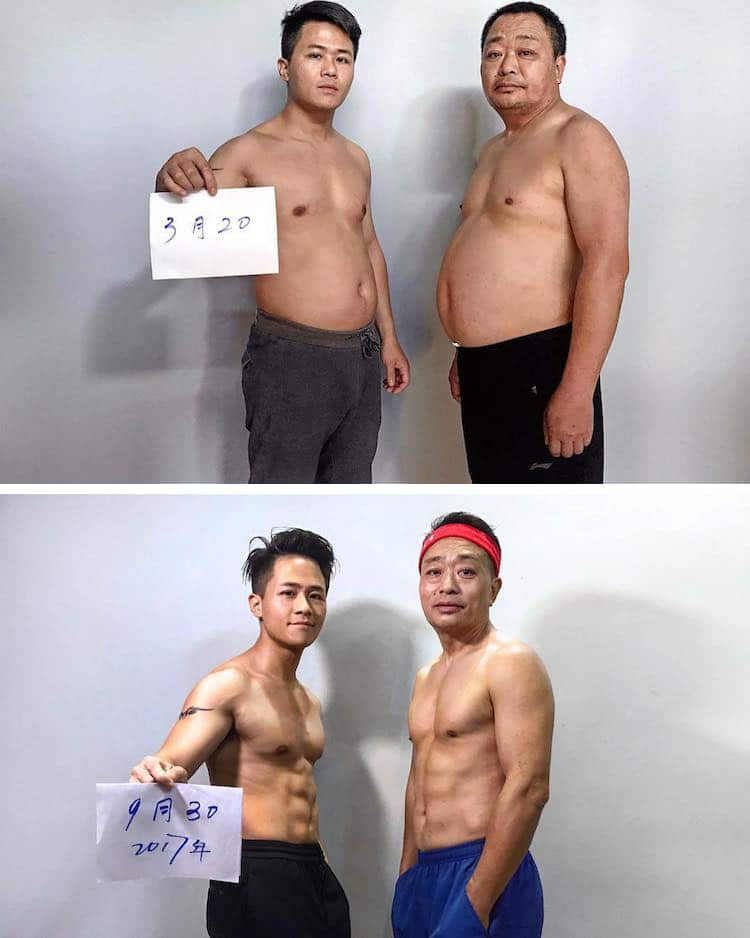 Jesse's parents came to live with him, his wife, and their newborn baby. 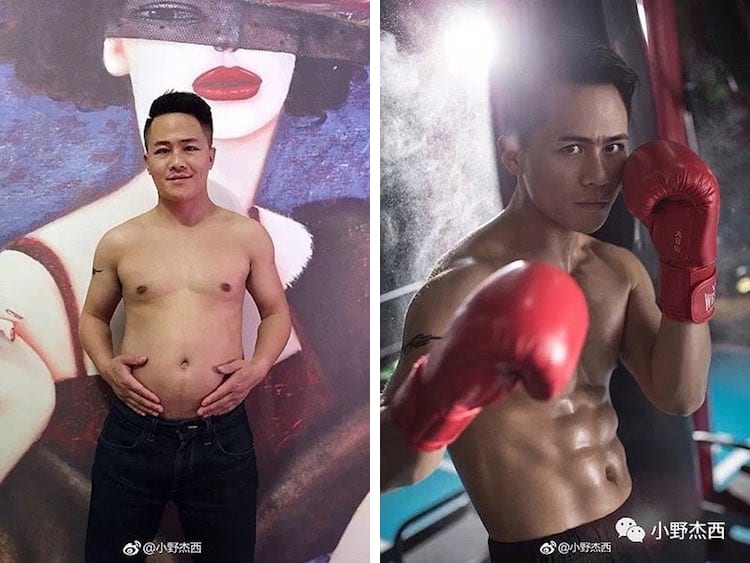 His dad arrived with a “beer belly and alcoholism.” Jesse thought that losing weight would give him a new lease on life. 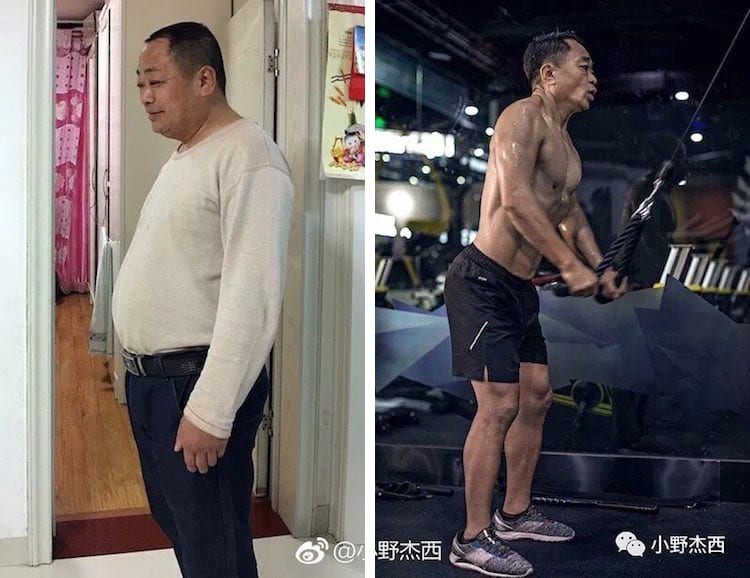 Together, the family worked out, Jesse and his dad as partners. They started by power walking. 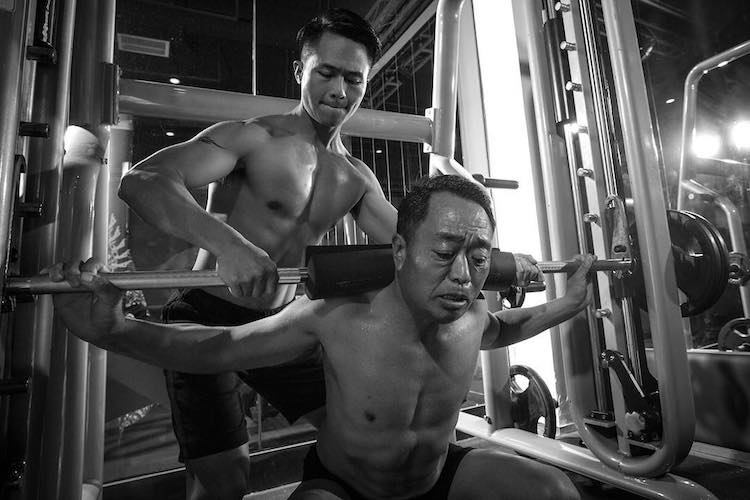 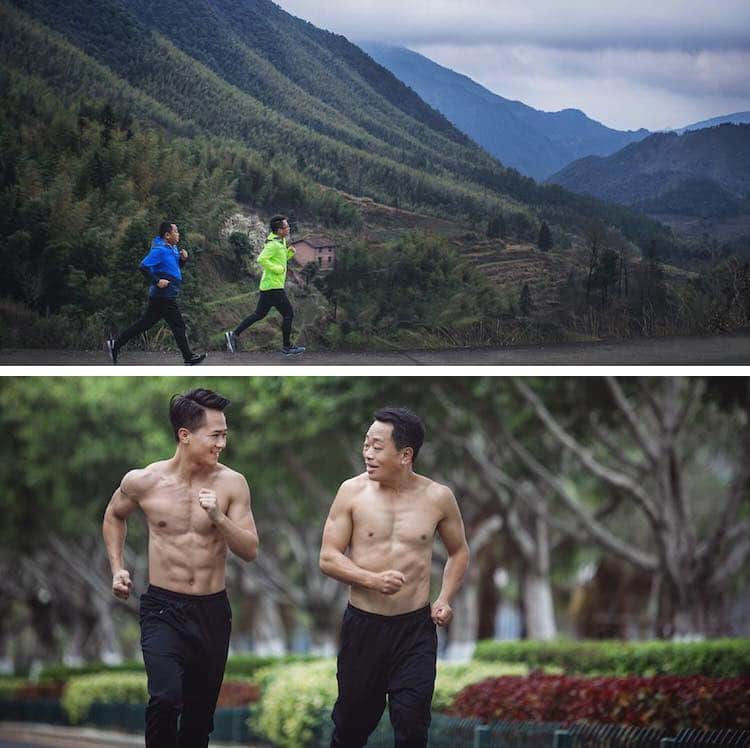 Eventually working up to jogging… 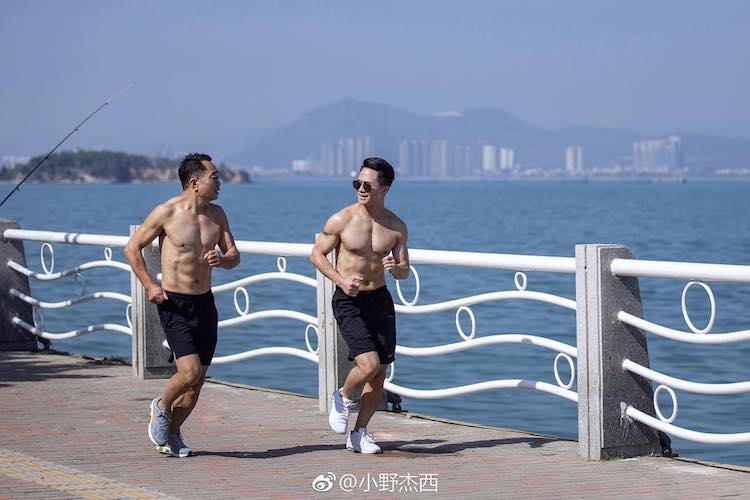 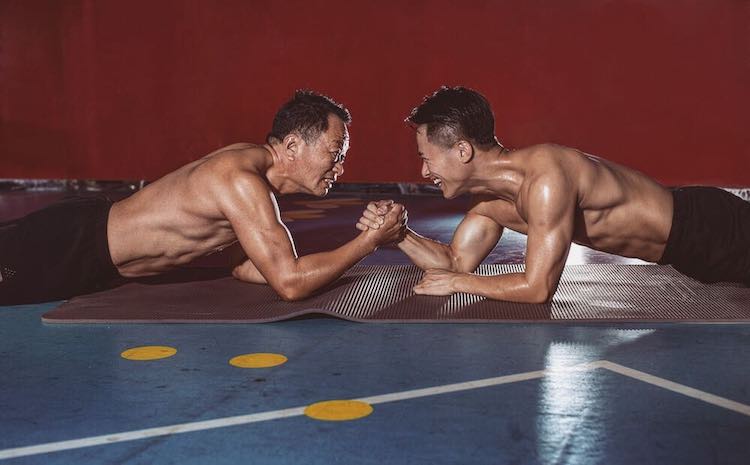 Every 10 days, they would document their progress, and the final transformation is awe-inspiring. 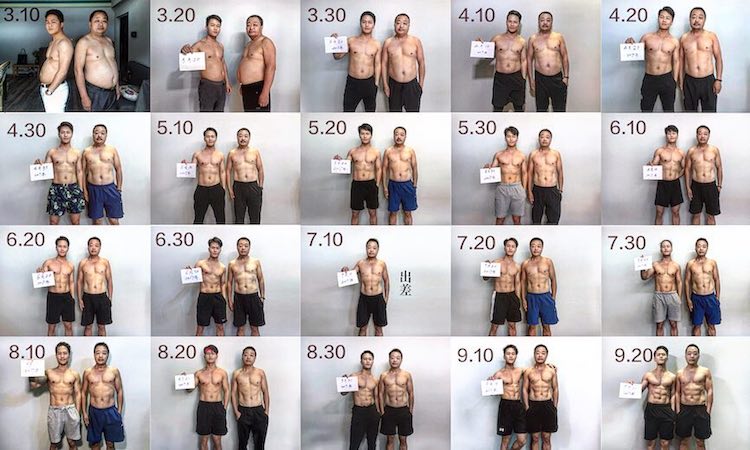 This isn’t the first time Jesse has documented a makeover. In early 2016, he turned his then-85-year-old farmer grandfather into a fashion icon. Here they are, side by side. 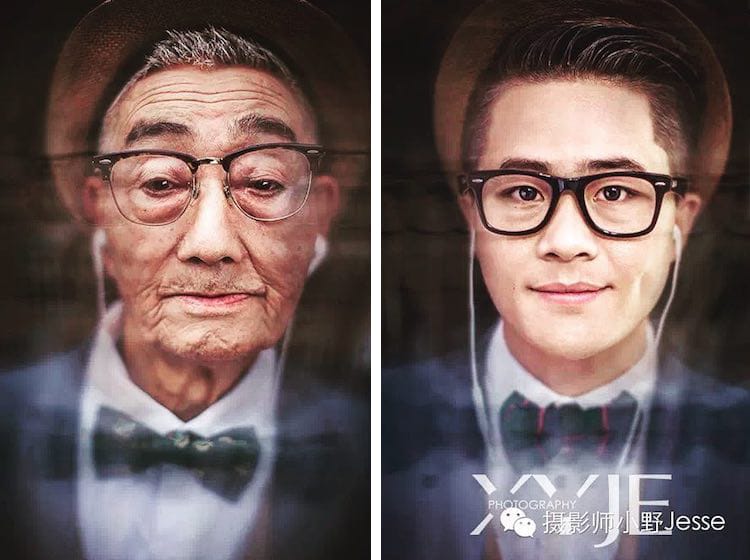 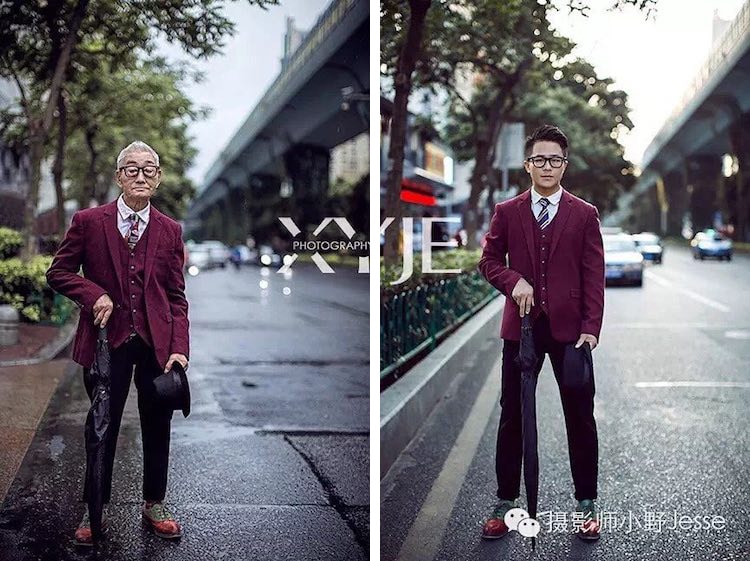 Shocking Before and After Composite Portraits of Drug Abuse

Before and After Shots of Joggers

Inspired by their transformations? Share
Like My Modern Met on Facebook
Get Our Weekly Newsletter
Become a
My Modern Met Member
As a member, you'll join us in our effort to support the arts.
Become a Member
Explore member benefits

Inspired by their transformations?