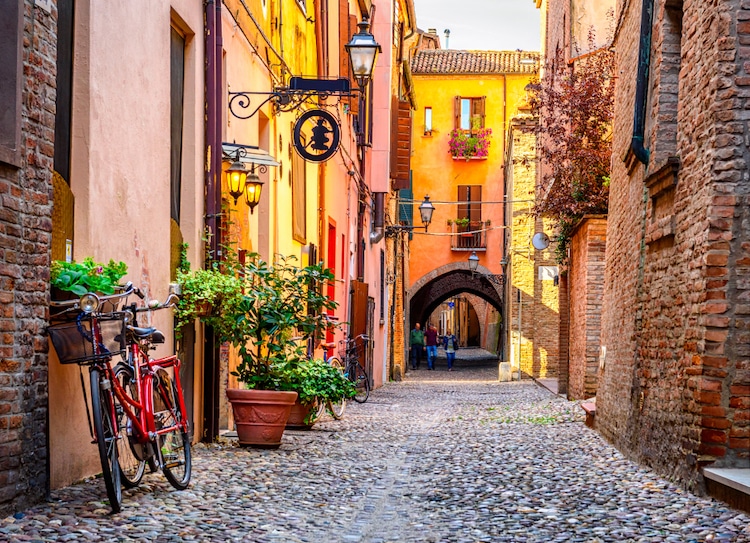 Stock Photos from Catarina Belova/Shutterstock
This post may contain affiliate links. If you make a purchase, My Modern Met may earn an affiliate commission. Please read our disclosure for more info.

Rich with history, culture, and great food, it's no wonder that Italy is one of the most popular tourist destinations in the world. In 2018 alone, 14.5 million American tourists came to enjoy the splendors of this Meditteranean paradise, which boasts more UNESCO World Heritage Sites than any other country. And while many focus their travel plans on cities like Venice, Florence, and Rome, it's worth considering just how much other places in Italy have to offer.

Of course, there's no denying that Venice, Florence, and Rome are three European art capitals, but in a country with so much culture, isn't it worth spreading your wings? From north to south, Italy has incredible destinations filled with art and archaeology, as well as breathtaking landscapes and mouthwatering cuisines.

Maybe it's your first time in Italy and you're looking to stay away from the crowds. Or perhaps you've already visited several times and are looking for new destinations. Whatever the case, here are 10 places to visit in Italy that will make for a fulfilling trip for anyone looking to get a deeper feel for the country.

Leave behind Venice, Florence, and Rome to explore 10 exceptional places to visit in Italy. 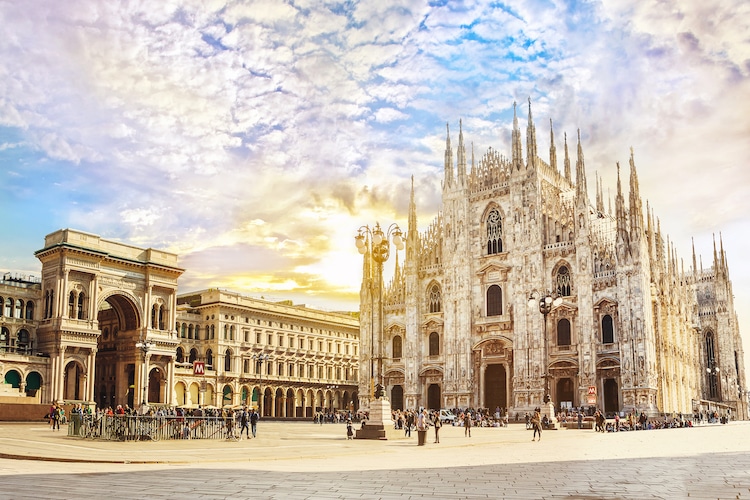 Milan is a popular destination for business travelers, but the financial capital of Italy has much more to offer. Milan is also a center for contemporary art and fashion, as well as the location of the iconic Last Supper by Leonardo da Vinci. A stay in Milan means you can zip between chic, contemporary elegance and the great art of the past without skipping a beat.

Things to see in Milan 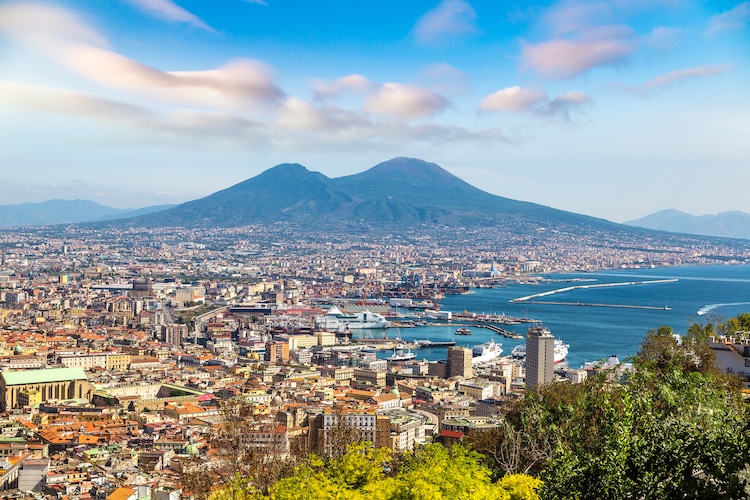 Travelers can sometimes overlook Naples, using it as a stopover on their way to Pompeii or the Amalfi Coast. But there's real value in spending several days in the incredible city, not only for its delicious pizza and espresso but also for the world-class Archeological Museum that houses much of Pompeii's artifacts and traditional artisans that produce stunning handicrafts.

Things to see in Naples 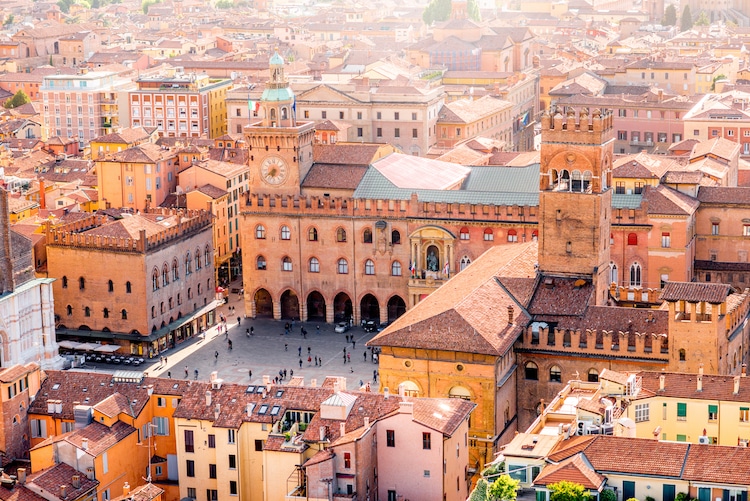 As home to the oldest university in the world, Bologna isn't just Italy's intellectual capital. It's also a bustling historic city with beautiful colonnades, squares, and medieval and Renaissance architecture. As the capital of the Emilia-Romagna region, known as the breadbasket of Italy, Bologna offers incredible culinary opportunities for foodies.

Things to do in Bologna 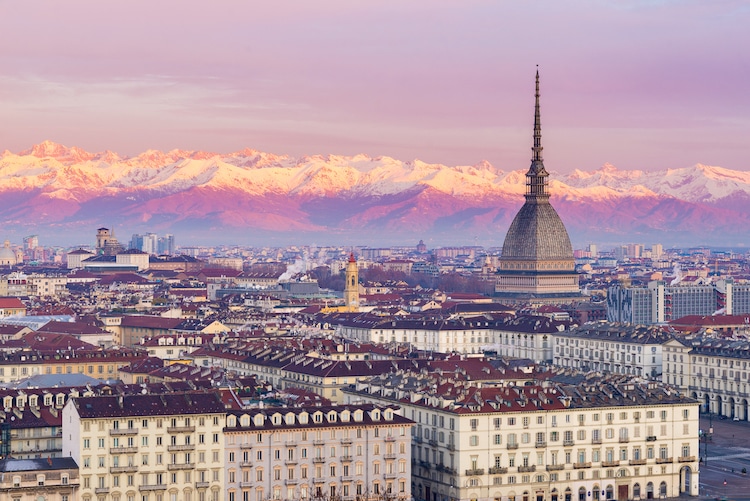 Did you know that Rome wasn't always Italy's capital? In the 19th century, Turin was the capital located in the country's northern Piedmont region, ruling the country for four years. This elegant city is filled with beautiful examples of Baroque, Rococo, and Art Nouveau architecture. It's also home to a world-class Egyptian Museum, which houses over 30,000 artifacts. This makes it one of the largest collections of Egyptian antiquities in the world.

Things to see in Turin 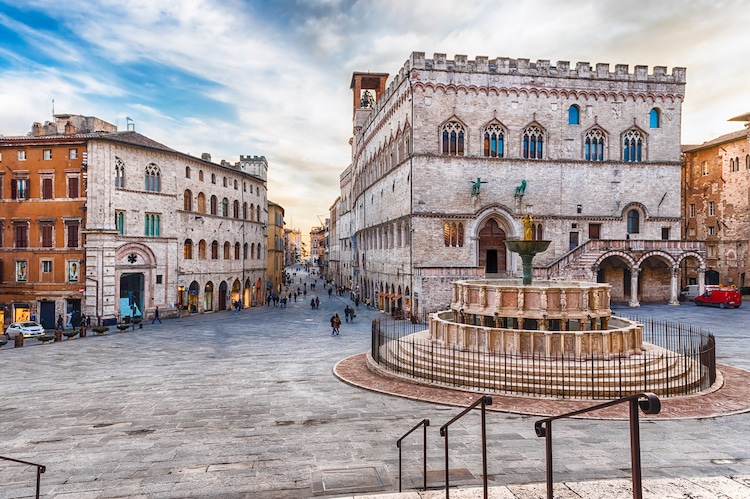 Perugia is one of several medieval hill towns in Umbria that warrants a visit. Together with Assisi, it's the artistic heart of the Umbria region. Raphael‘s teacher Perugino has an important series of frescoes in the town, which is filled with ancient Etruscan, Gothic, and Renaissance architecture. Perugia is also home to several important annual events, including the renowned Umbria Jazz Festival in July and the Eurochocolate Festival in October.

Things to see in Perugia 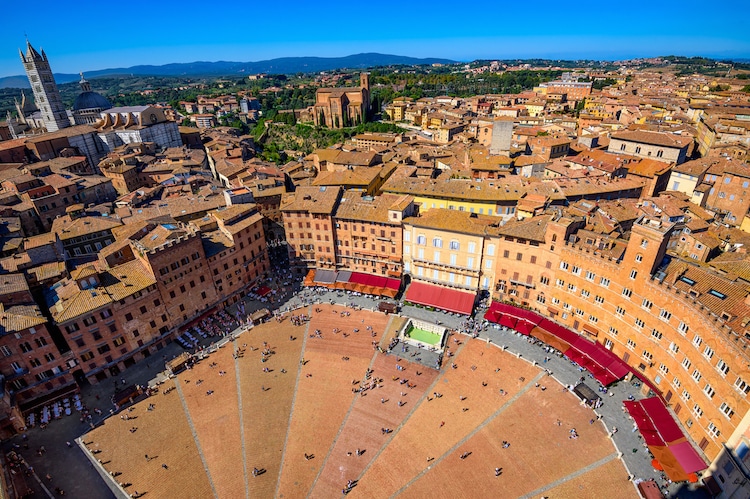 The Tuscan city of Siena has a long and storied history that dates back to 900 BCE. Siena was particularly powerful during the medieval period, so it shouldn't be surprising that its Italian Gothic cathedral is one of its main attractions. Especially precious are the intricate inlay marble floors, which are only uncovered for a few months each year for viewing. Siena, which is just over 45 miles from Florence, is also famous for its traditional Palio horse race. This tradition, which takes place in Piazza del Campo, happens twice a year in July and August. The entire community participates in the pageantry, with each neighborhood placing a horse in the race.

Things to see in Siena 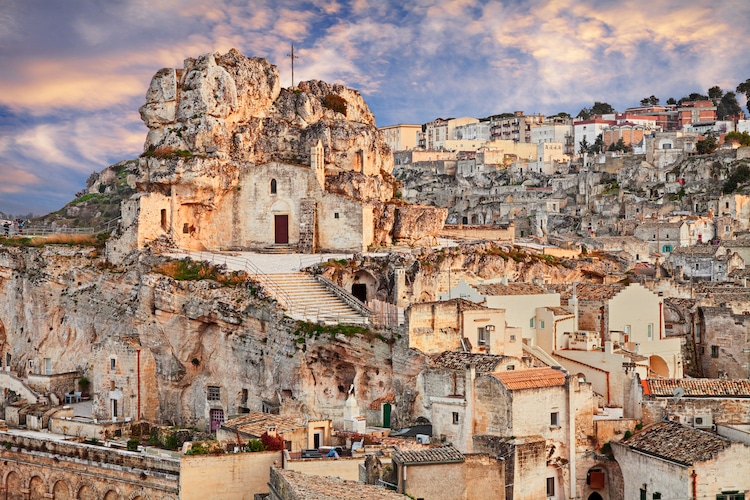 When setting foot in Matera, it doesn't take long to see why it was named a 2019 European Capital of Culture. Located in southern Italy's Basilicata region, Matera is world-famous for its Sassi. The ancient cave dwellings harken back to the town's origins, as Matera is one of the world's oldest continually inhabited settlements. These prehistoric homes are dug directly into the rock and in recent years many have been transformed into boutique cave hotels that make for a special overnight experience. Due to its unique appearance, Matera has also been the backdrop for many films, including Wonder Woman (2017) and Ben-hur (2016).

Things to do in Matera 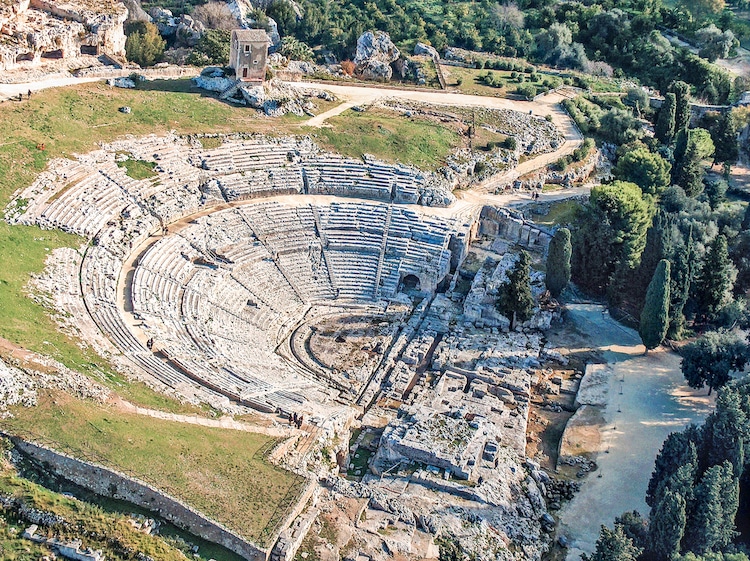 A visit to Italy wouldn't be complete without time in Sicily. Filled with its own unique history, visitors can spend weeks exploring the island. While Sicily has many special places to visit, Syracuse should be top on the list for both its beauty and history. Founded by the Greeks, it's thought to be the birthplace of famed mathematician Archimedes. There are traces of Greece throughout the city, including a well-preserved ancient theater and the Fountain of Arethusa. This natural fountain located on the picturesque island of Ortygia—which houses Syracuse's historic center—is one of only two places in Europe where papyrus grows.

Things to see in Siracusa 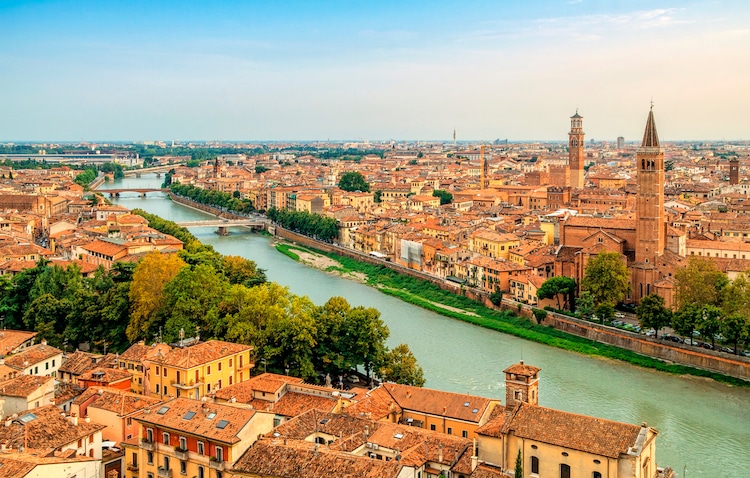 Literary buffs may be attracted to Verona for its association with William Shakespeare—both Romeo and Juliet and The Two Gentlemen of Verona are set in this northern city. However, Verona offers much more than a visit to Juliet's house. As the town was settled by the Roman military, there are still many traces of the ancient Romans. The Roman Arena is an amphitheater that is dwarfed in size and quality only by the Roman Colosseum. Other well-preserved Roman monuments include a theater and the Ponte Pietra, a stone bridge that dates to 100 BCE.

Things to see in Verona 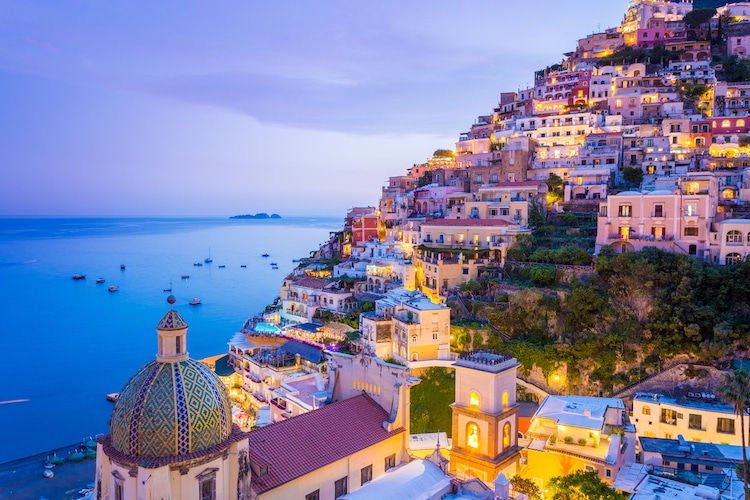 Just south of Naples, the Amalfi Coast is a breathtaking coastline so impressive that the entire 31-mile stretch is a UNESCO World Heritage Site. There are many small towns that lure travelers along the Amalfi Coast, including Amalfi and Ravello, but we're partial to Positano. This cliffside village is known for its stunning views and an impressive Byzantine church that has a cupola covered with colorful majolica tiles.

Things to do in Positano