10 Wildlife Livestreams You Can Watch 24/7 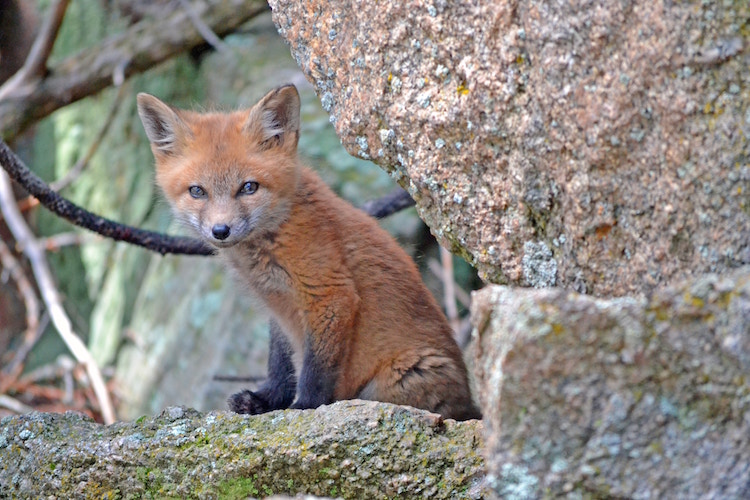 With new technology such as drones and remote recording, wildlife documentary makers are able to capture special moments between animals without disturbing their habitat. And if you’ve already watched all the classic nature documentaries like Planet Earth, Blue Planet, and March of the Penguins, don’t despair—we’ve got your wildlife fix covered.

All across the world there are small but passionate teams of wildlife enthusiasts who use webcams to record and share footage of their local species. From majestic lionesses to parent puffins, we’ve compiled a list of some of the best wildlife livestreams, offering an unedited glimpse of the natural world.

Here's 10 of the best wildlife webcam streams that give a 24/7 view into the fascinating natural world.

The Minnesota-based International Wolf Center is run by a team of biologists who are dedicated to researching and teaching about gray wolves. Their wolf cam has been in operation since 2013 and broadcasts continuous footage of these elusive creatures as they eat, sleep, and prowl around their enclosed habitat. Watch them live now or check out the best clips from July 5th, 2018 below.

The Cayman Reef in the western Caribbean Sea is home to a vibrant variety of marine wildlife. Run by the world’s largest nature cam network, EXPLORE, the team installed a solar-powered camera that overlooks a boulder star coral. Known as a “cleaning station,” this is where larger fish come to be cleaned by small cleaner fish and shrimp. EXPLORE say, “Keep an eye out for blue tangs, porcupine fish, spotted eagle rays, southern stingrays, nurse sharks, barracudas, and the occasional Caribbean reef shark!”

Located in Tampa, Florida, the Big Cat Rescue‘s Tiger Lake cam shows two tigers as they stroll around their enclosure and cool off in their private lake. The non-profit organization is dedicated to providing a permanent home for abused and abandoned big cats. Other than tigers, Big Cat Rescue is also home to more than seventy lions, tigers, bobcats, and cougars.

In 2011, a pair of Red-tailed hawks began nesting on a 12th-floor ledge outside the Bobst Library office of New York University’s president. To the surprise of the alumni, the birds of prey continued to return every year to lay eggs, incubate them, and raise their young. To capture the events, NYU set up a camera that broadcasts a continuous stream, allowing anyone from around the world to watch the newly hatched baby hawks as they grow up and fly the nest.

This live cam shows the home of Nikita, a lioness that came to Big Cat Sanctuary after being seized in a drug raid and then sent to a zoo. Weighing nearly 500 pounds, Nikita is larger than most male lions! You can watch her day-by-day as she prowls around her favorite spots.

On the grounds of Squam Lakes Natural Science Center in Holderness, New Hampshire lives an adorable family of red foxes. Over the last three successive springs, the mother fox has raised over 10 kits (baby foxes). This year (2018) she’s rearing an astonishing total of 11! You can watch these little cuties as the play and scurry around their den.

Capturing the activity of a cozy puffin nest, this live stream was set up in 2013 by the National Audubon Society, an organization dedicated to preserving habitats for birds. It features a group of puffins on Seal Island, 20 miles off the coast of Maine, who gather during the spring and summer months to nurture their young.

The Gorilla Rehabilitation and Conservation Education Center (aka GRACE) is a sanctuary that provides care for orphaned Grauer's gorillas. Located near the Tayna Nature Reserve in the Democratic Republic of the Congo, it broadcasts live footage from within the massive, 39-acre forest habitat. Don’t be surprised if you see footage of snoozing humans—the staff sleep with the infant gorillas, just as the gorilla's mothers would do in the wild.

Set up by a busy watering hole in South Africa, the Tembe Elephant Park camera runs 24 hours a day. Staffed by volunteers who are always working to get the best possible angle, you’re most likely to to see the majestic elephants between 11:00 am to 3:00 pm SAST (5:00 am – 9:00 am EST). However, the team says, “There is activity at the waterhole day and night.” Watch the live broadcast now.

Established by the Katmai National Park in 2012, this wildlife cam captures the day-to-day of the Alaskan brown bears. Watch as the hungry creatures roam the Brooks Falls area as they stalk and try to catch salmon. The best time to tune into the action is during late summer, when salmon stock is at its highest.