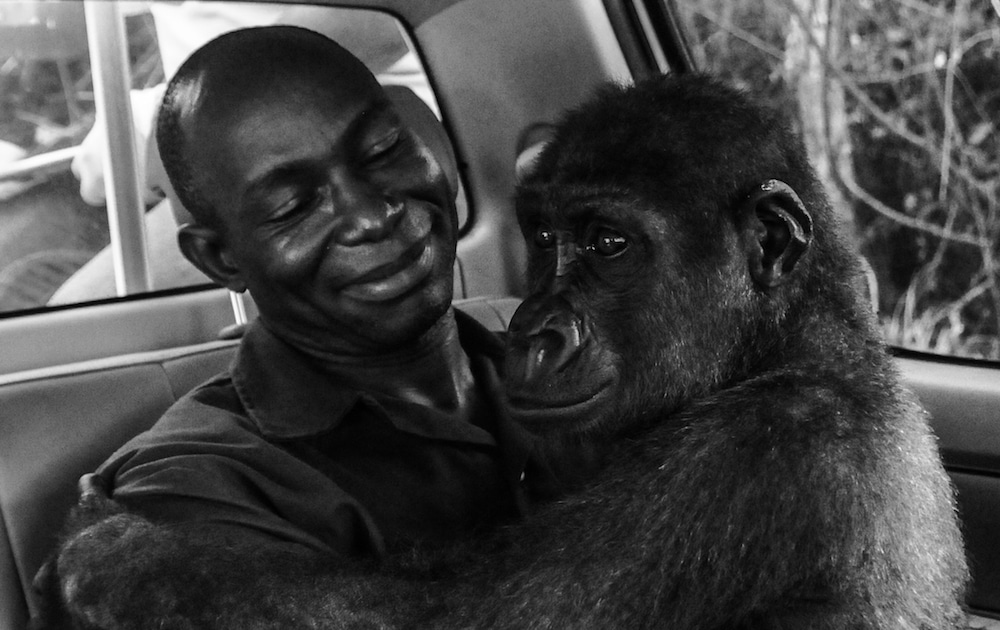 Year after year, we are awe-struck by the Natural History Museum‘s Wildlife Photographer of the Year Awards. Showcasing striking scenes of nature, the contest attracts photography fans and animal lovers alike. While most of 2017's winning entries were selected by a panel of judges, members of the public were also invited to voice their opinions. The people have spoken, naming  Jo-Anne McArthur‘s touching shot of Pikin, a young gorilla, and Appolinaire Ndohoudou, her compassionate caretaker, as the People's Choice.

Like many primates in Cameroon, Pikin had been captured by poachers for her meat. Fortunately, she was heroically rescued by Ape Action Africa, a non-profit organization dedicated to the protection of great apes. While at Ape Action Africa's sanctuary, she met and fell in love with rescuer Appolinaire Ndohoudou. As a refugee from Chad, Ndohoudou was able to make special connections with primates like Pikin, who had also narrowly escaped danger. “When Pikin arrived I saw that she was very clever,” Ndohoudou explains. “She really loved me and I loved her.”

When Ape Action Africa needed to transport many of its rescues to a new, larger enclosure, Pikin was paired with Ndohoudou for the journey. While she had been sedated, she unexpectedly woke up while in transit. McArthur, who was also in the car, recalls her alarm at the situation. “I sat in the front passenger seat, excitedly taking photos of this incredibly unique situation, when to my horror, Pikin awoke from the sedation. I think it goes without saying that one should never get in a car with an alert gorilla.”

To everyone's surprise, the young gorilla remained at ease. “Though at first Pikin seemed a bit startled by her situation—a first experience awake in a moving vehicle, the noise and the bumpy road—she was drowsy and felt safe in the arms of her friend and caretaker, Appolinaire. I continued to nervously snap pictures, and she fell back asleep.” Showcasing a remarkably tender moment and, beautifully shot in black-and-white, it is no surprise that one of these photographs would go on to win such a special award.

Now, this picture is particularly poignant, as Pikin has since passed after acquiring an injury. Her legacy, however, lives on through Ndohoudou's undying love and enduring memories. “When Pikin died I was very sad for a long time and I didn't want to think about Pikin as it made me sad,” he notes. “Now I know Pikin never left me, as she is always with me every day in my head and in my heart. And I know she misses me like I miss her.” 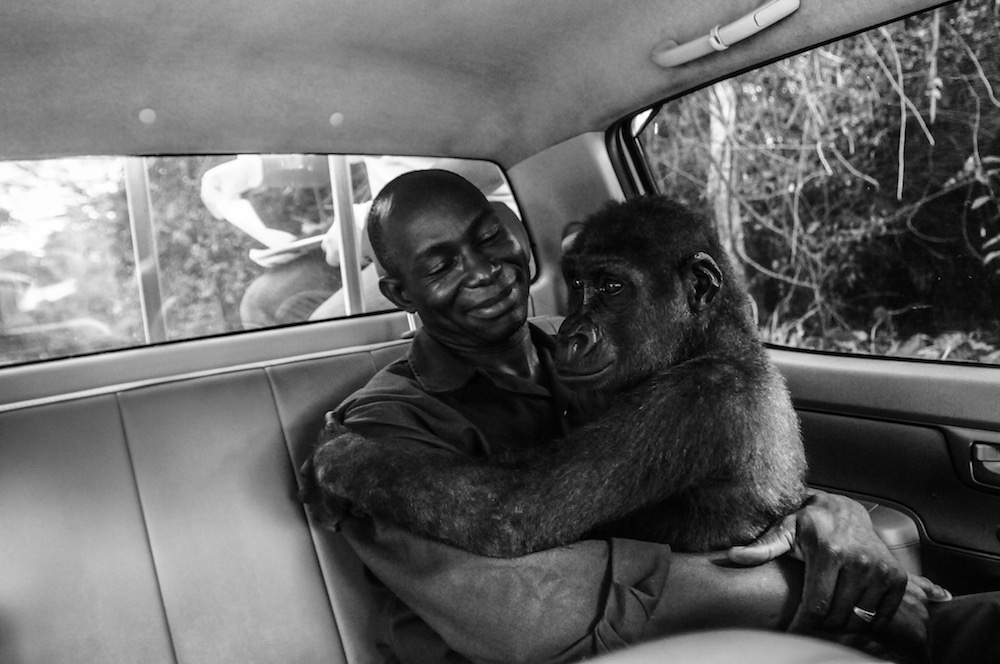 As an award-winning photojournalist, author, and educator, Jo-Anne McArhur has dedicated her life and career to helping animals. Through We Animals, an ambitious project, she aims to “photograph our interactions with animals in such a way that the viewer finds new significance in these ordinary, often unnoticed situations of use, abuse and sharing of spaces.”

You can find more of her powerful photographs in the We Animals book.

My Modern Met granted permission to use photo by Jo-Anne McArthur/We Animals.

Love wildlife photography? Share
Like My Modern Met on Facebook
Get Our Weekly Newsletter
Become a
My Modern Met Member
As a member, you'll join us in our effort to support the arts.
Become a Member
Explore member benefits