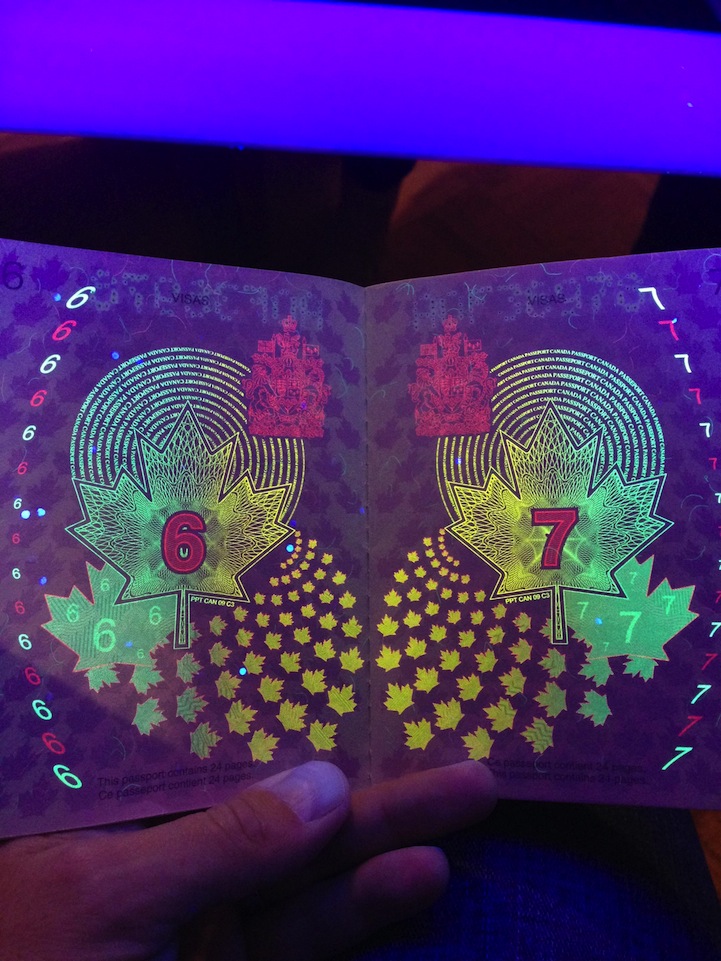 With a little help from a UV black light, the most recent version of the Canadian passport reveals spectacular patterns and a surprisingly vibrant neon glow. Reddit user Chachichachichicken recently shared this discovery in an Imgur photo gallery that quickly went viral. The passport pages transform from flat parchment decorated with subtle lines to colorful, hologram-like maple leaves, exploding fireworks that hover over Parliament, and a roomful of politicians outlined in neon.

Canada began issuing these “electronic passports” in 2013. The new-and-improved documents offer upgraded security features similar to modern paper currency, such as imbedded watermarks and a microchip identity. The black light sensitivity feature is called “optically variable ink,” and its function is to change color based on the type of light it's exposed to. As one Reddit user accurately accessed, under black light, “It's like a party on every page.” 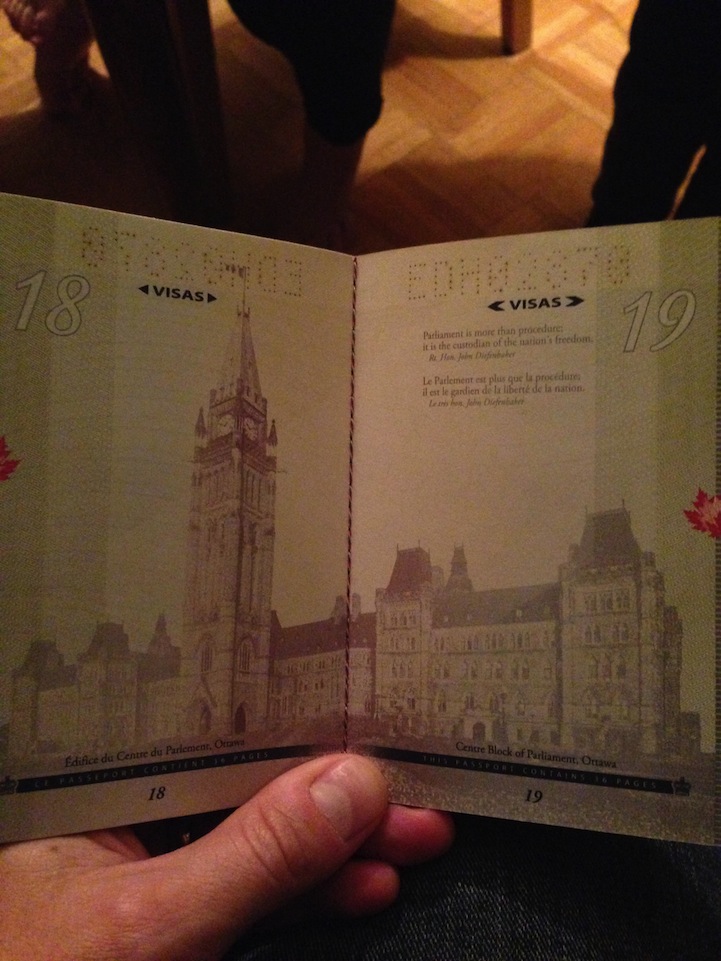 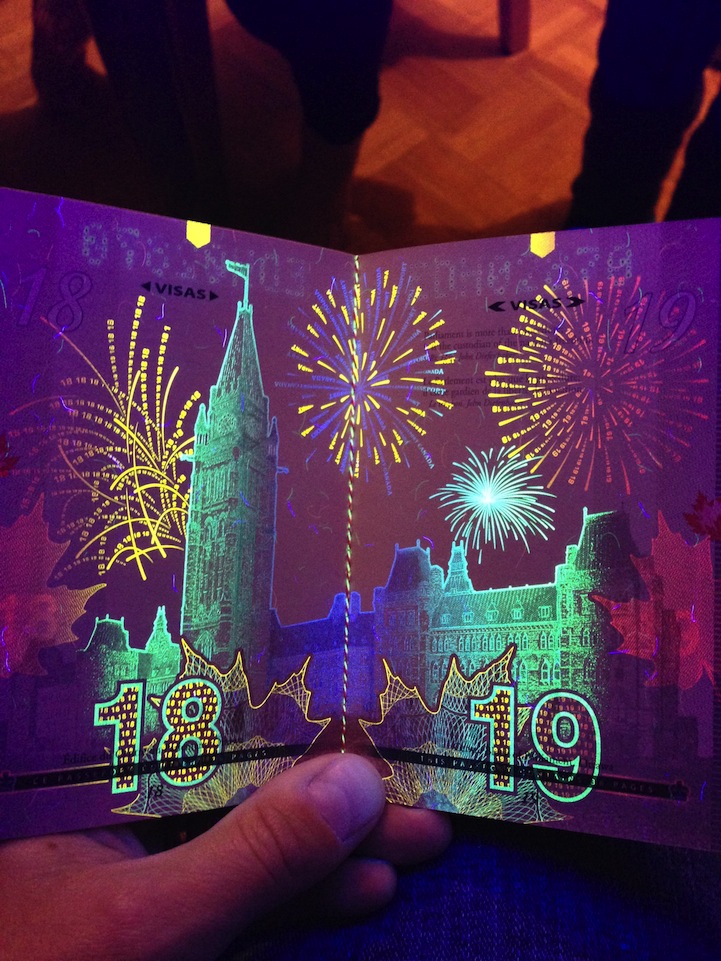 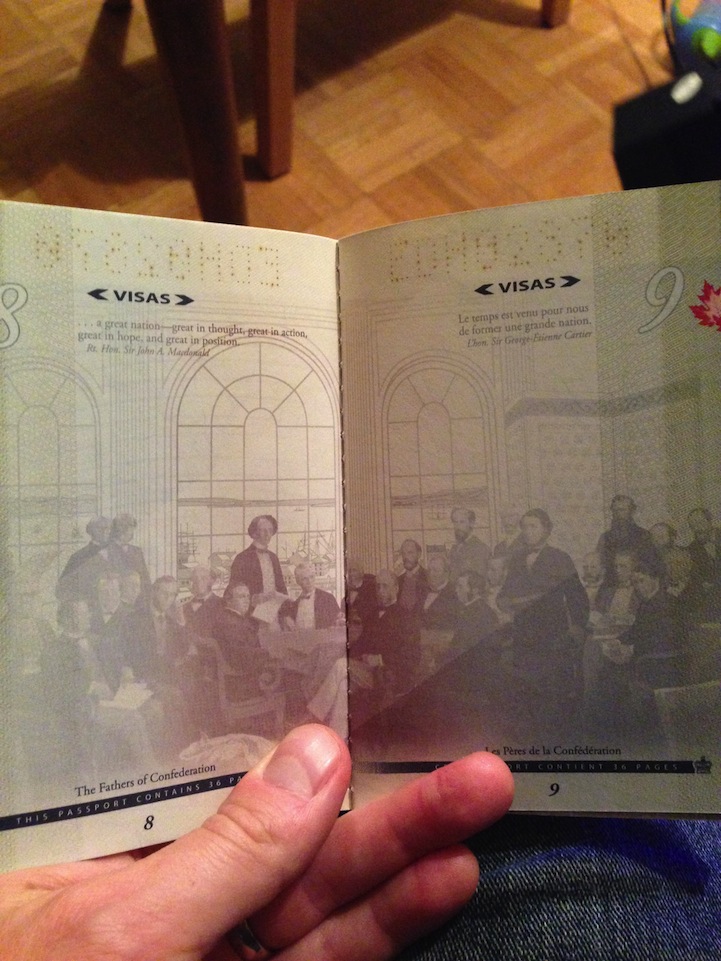 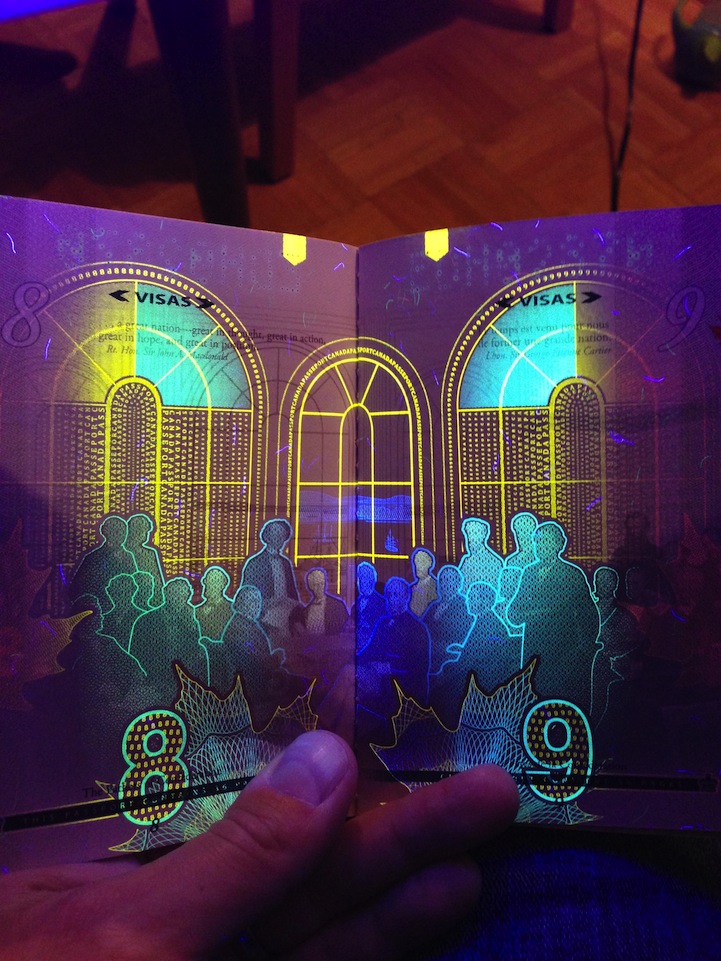 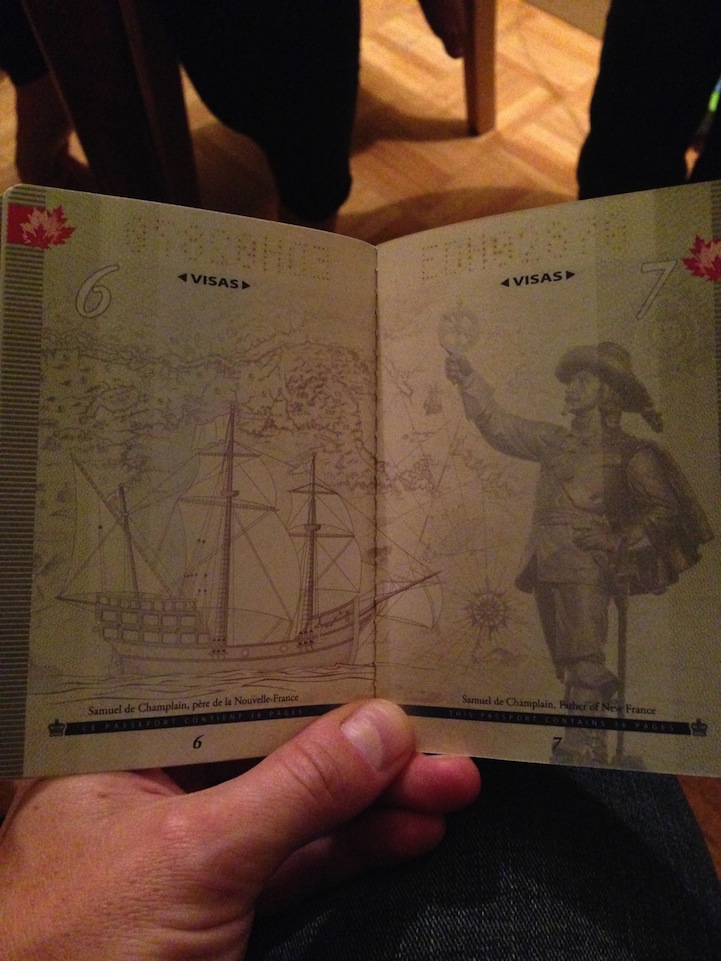 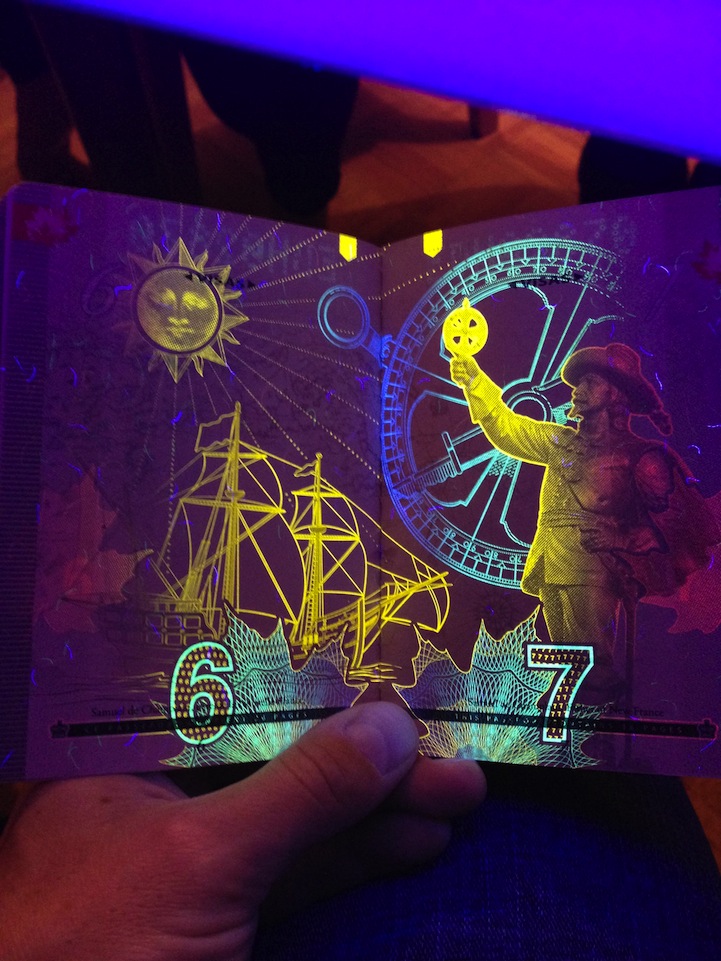