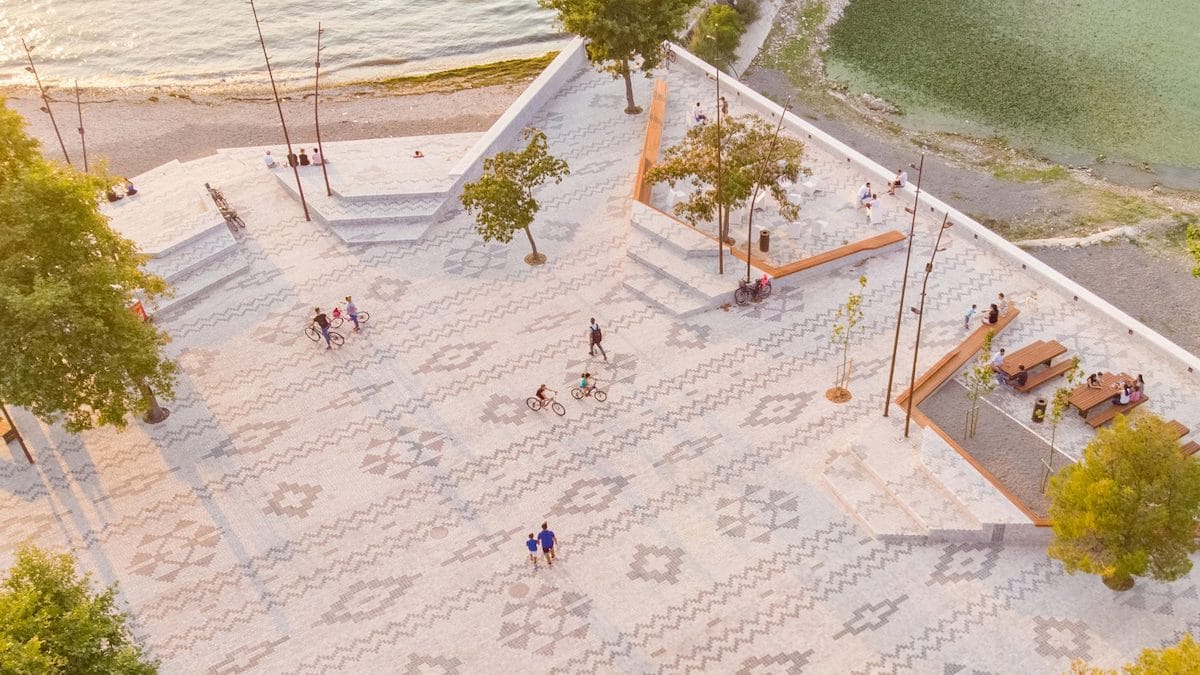 Design firm Casanova + Hernandez has just completed a patterned public square in Shiroka, Albania, that celebrates Albanian tradition and craft. Along the waterfront of Shkodra Lake, the designers created a 215,000 square foot public plaza called Shiroka Square. This new public space is covered in granite stones that imitate the patterns of a traditional carpet. A range of muted colors is used to create distinctions between car lanes, pedestrian paths, and other zones. Within the color-coding, a secondary hue is used to create the geometric carpet-inspired details.

The street and plaza design help to revitalize an area that was previously surrounded by illegal structures built during the fall of communism in Albania. The Albanian Development Fund commissioned Casanova + Hernandez to bring new life to the area. They also hoped it would reconnect neighbors to the beautiful waterfront.

“The project not only aims to physically and functionally restore Shiroka waterfront but also to rebuilt the feeling of belonging and attachment to the public space,” says Casanova + Hernandez.  The firm goes on to explain that the decision to celebrate a local craft that is present in traditional Albanian homes gives the space a domestic identity. 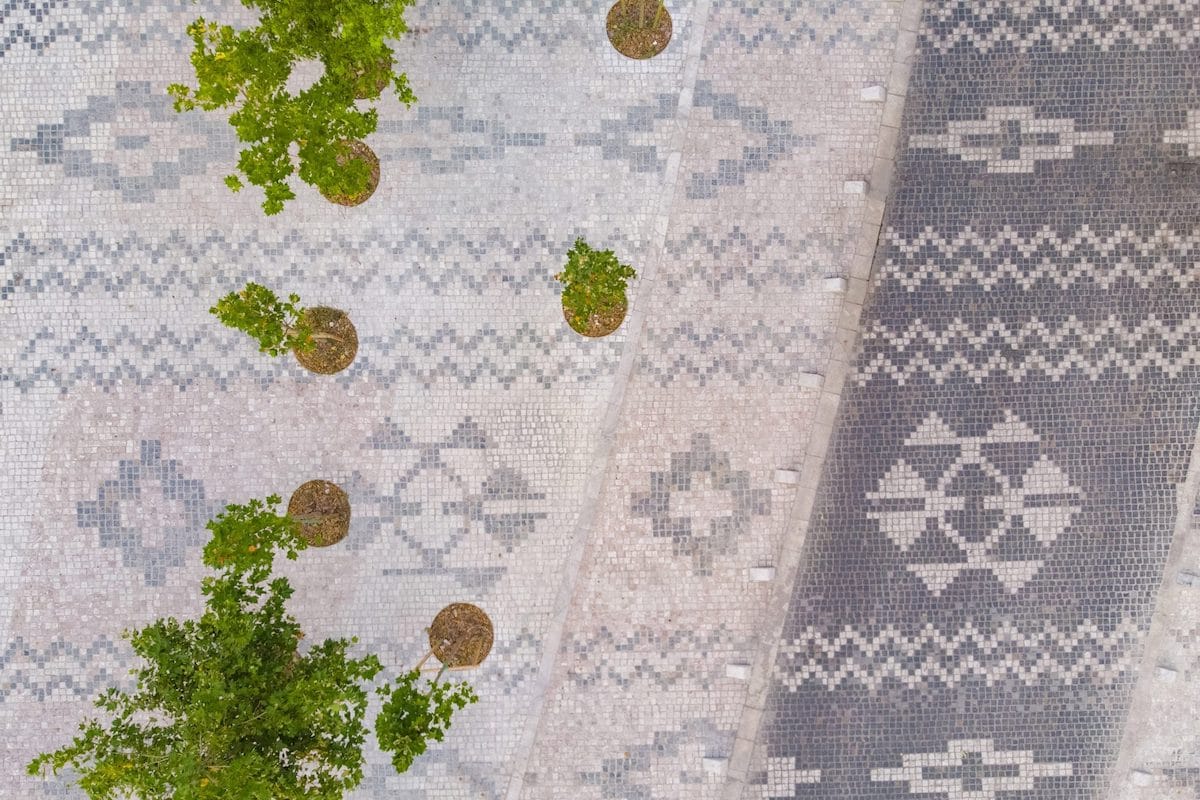 Aside from the decoration of the carpets, the activities of the plaza are influenced by local homes. Just as every home splits functions according to specific rooms, the plaza creates new types of areas according to location. “These rooms open the views of the lake and stimulate citizens’ interactions with different uses such as a playground room, picnic room, lounge room, amphitheater, and the fishermen’s room,” explains Casanova + Hernandez. Specifically, the designers were influenced by an oda, a large room where a family can entertain guests and welcome them into their home. The public square features u-shaped benches which replicate the use of an oda and invite people to use the public space.

Soon, Shiroka Square will feature the Museum of Shkodra Lake and other new amenities. Until then, keep scrolling to see more incredible images of the current plaza captured by Ergys Zhabjaku.

Casanova + Hernandez has designed a patterned public square that celebrates tradition by imitating an Albanian carpet. 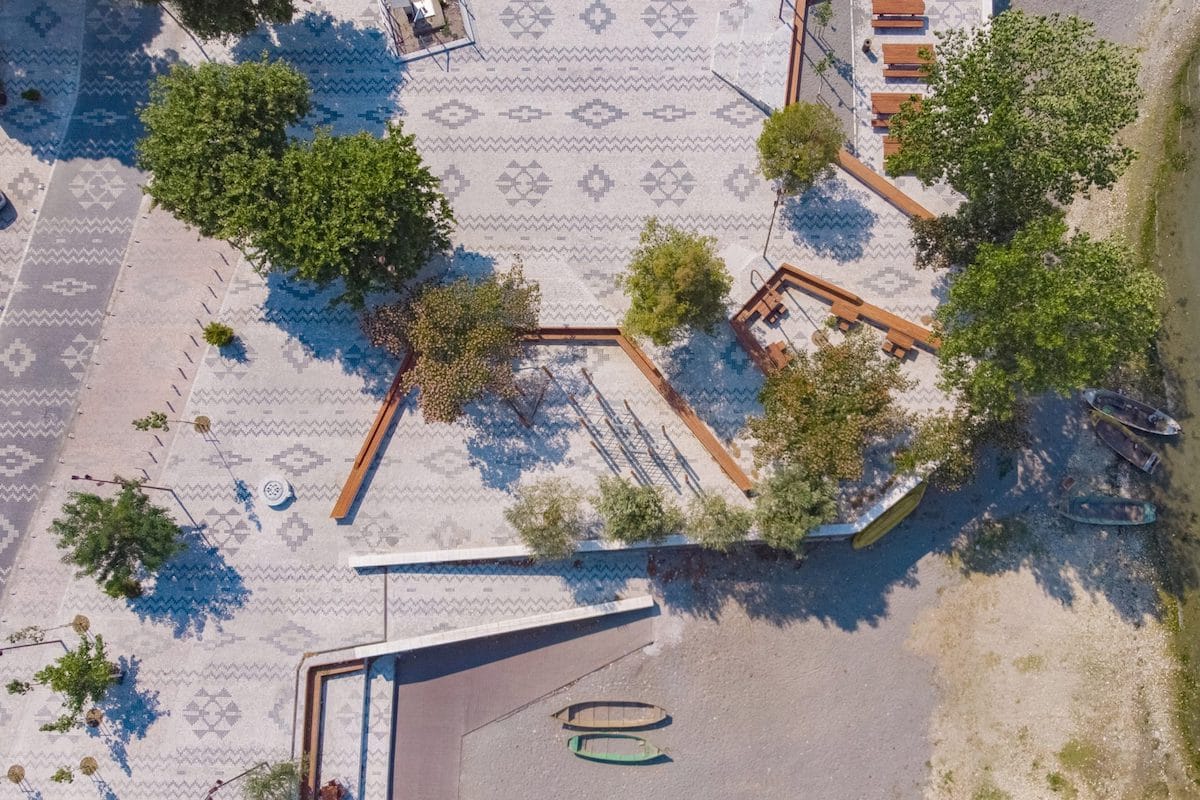 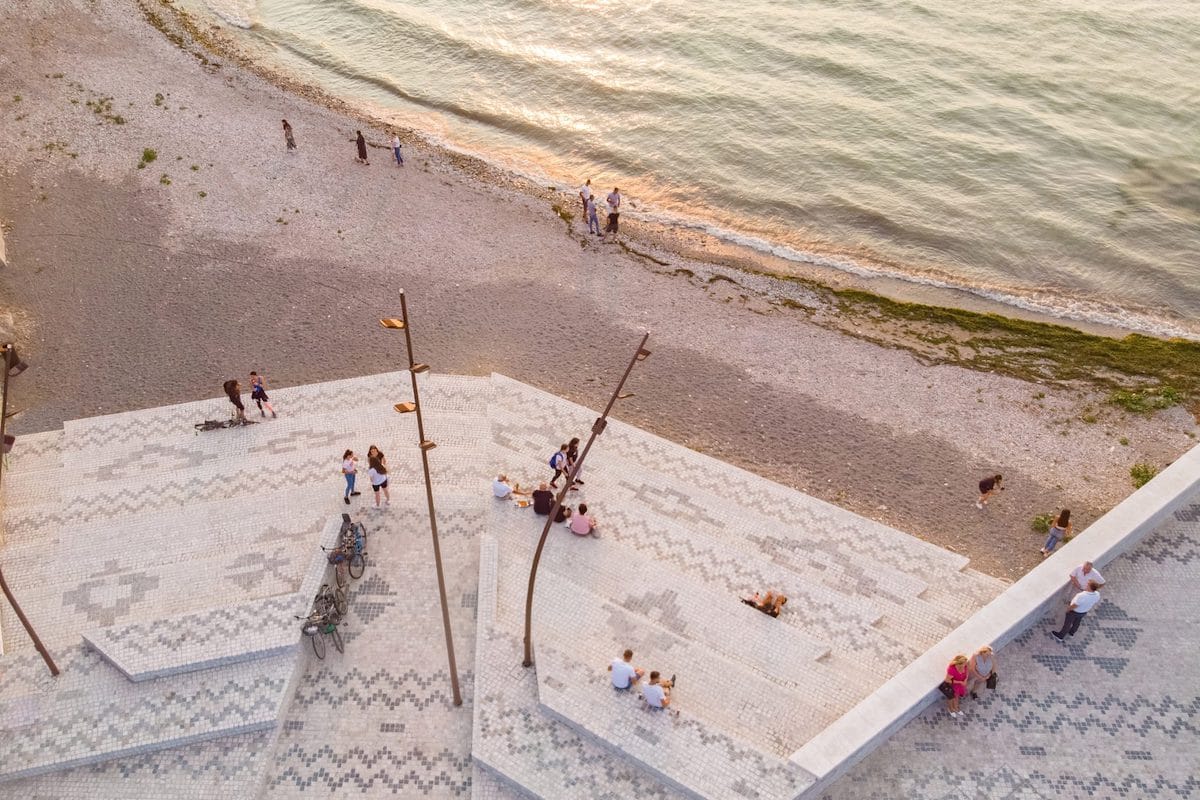 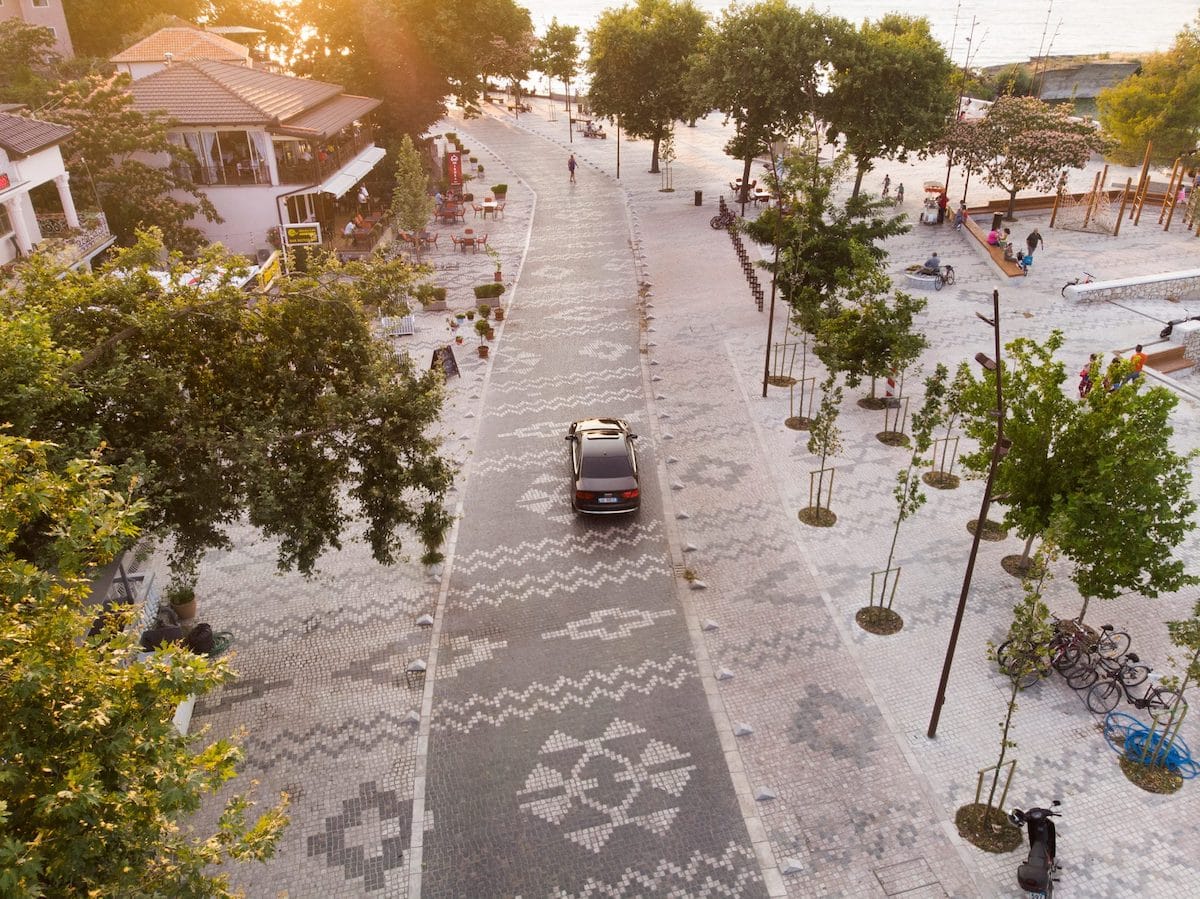 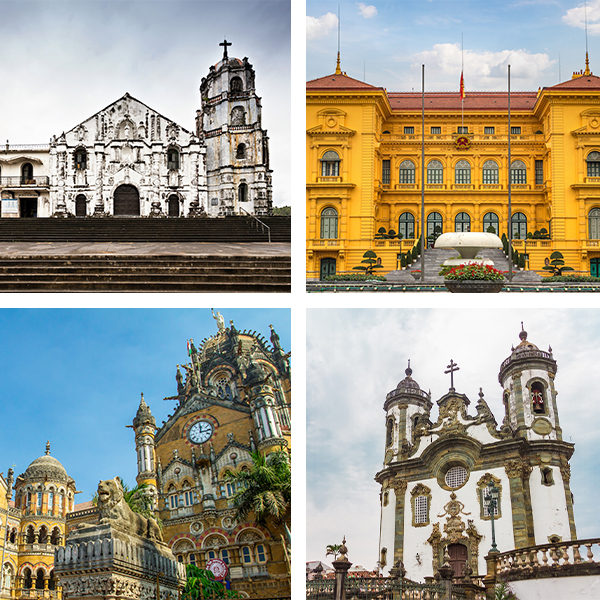