Adorable Violet Chinchillas Look Like Perfect Circles from Behind 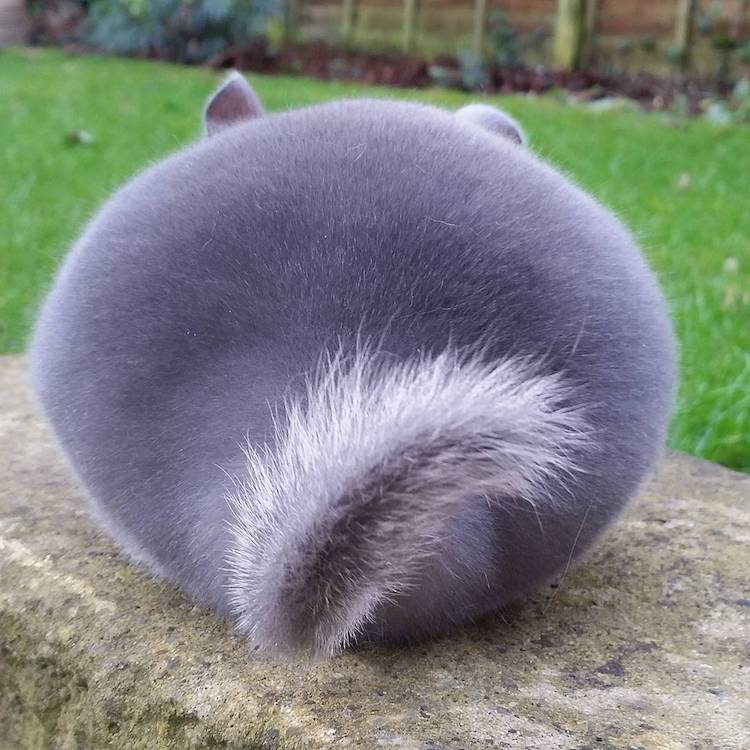 Chinchillas are a small rodent species lauded for their adorable fluffiness, but Cameron Holmes of Cameron’s Chinchillas has a pack whose cuteness is off the charts. It’s all thanks to their perfectly round butts that resemble a giant dust ball or one of the Soot Sprites from the animated classic, Spirited Away.

This particular breed is called violet chinchillas, and they get their name from the purple-tinge to their fur. The unusual coloring, paired with their round behinds, are almost too good to be true. But, Holmes ensures that this is a characteristic of the breed and that it doesn’t take any special grooming or feeding to look this fluffy. To clean themselves, the rodents take dust baths in the morning. Otherwise, like many of us, they enjoy eating snacks and taking naps. Holmes described the adorable scene to Yahoo! News, stating, “We turn the lights and say good morning to all of the chinchillas and each of them is waiting by their food hopper waiting for it to be filled up.”

From behind, these adorable chinchillas are perfectly round. 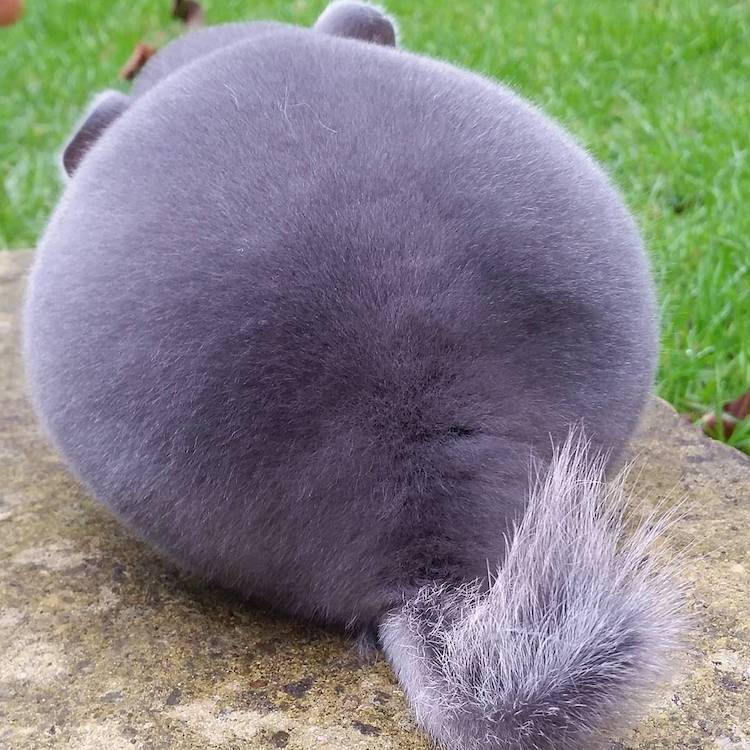 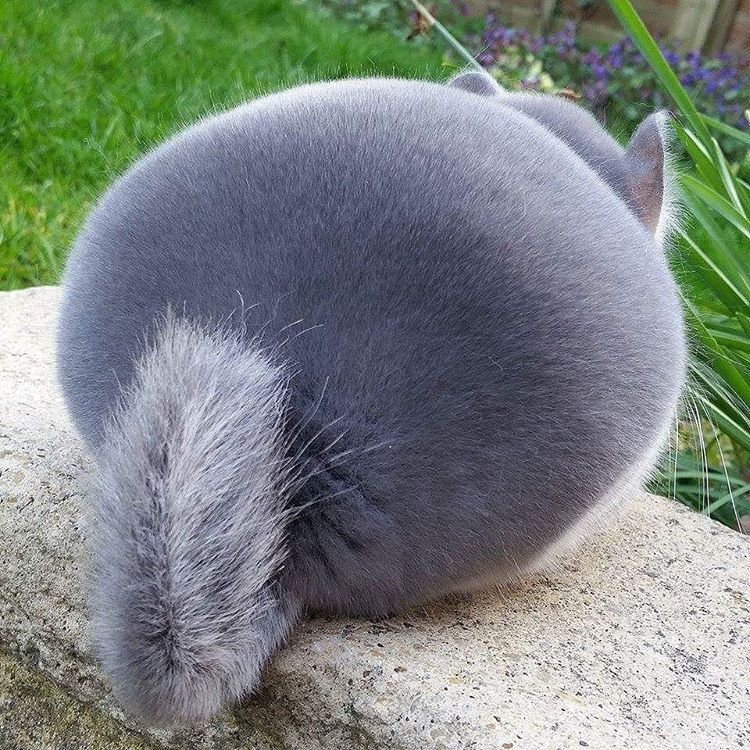 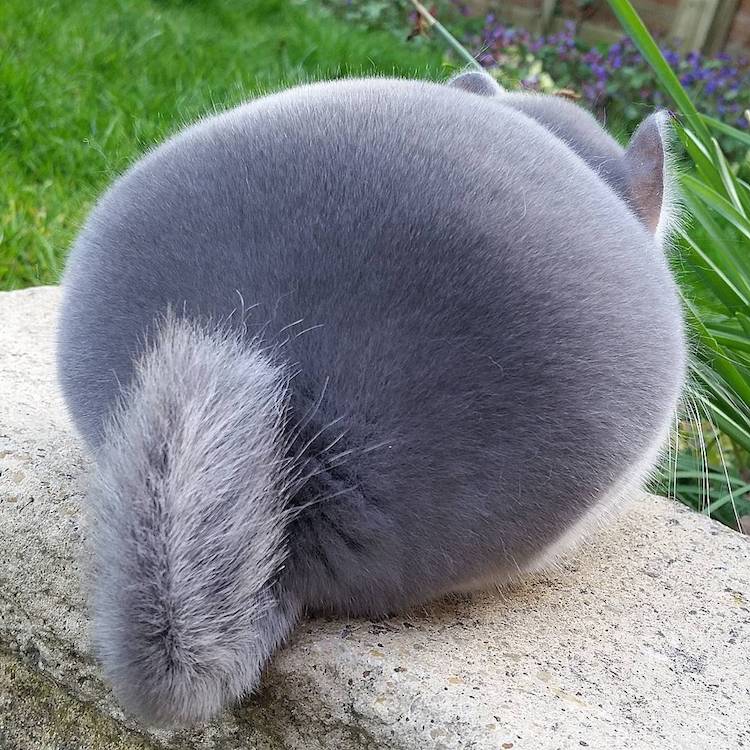 Even from above, they resemble giant dust balls! 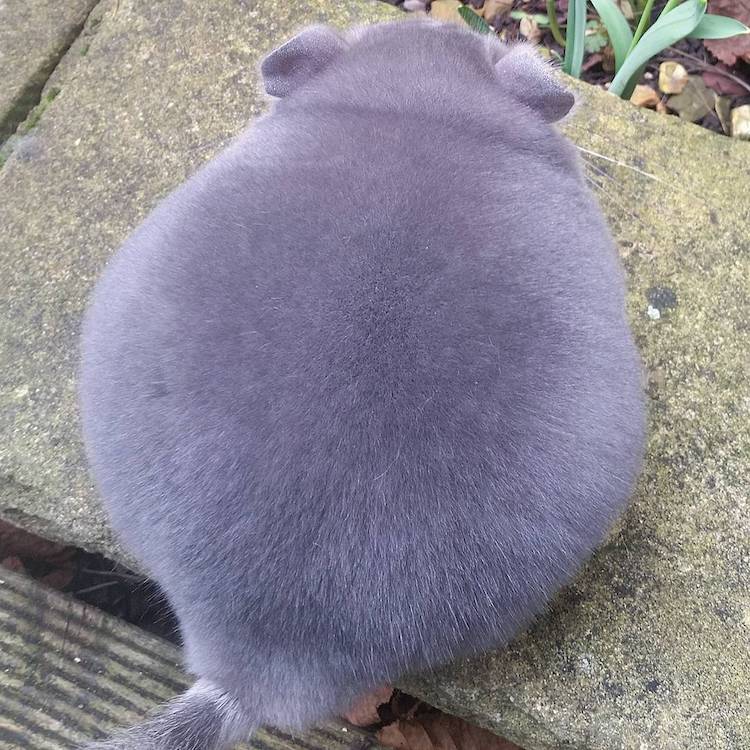 But of course, we can't help but love their over-sized ears and little paws. 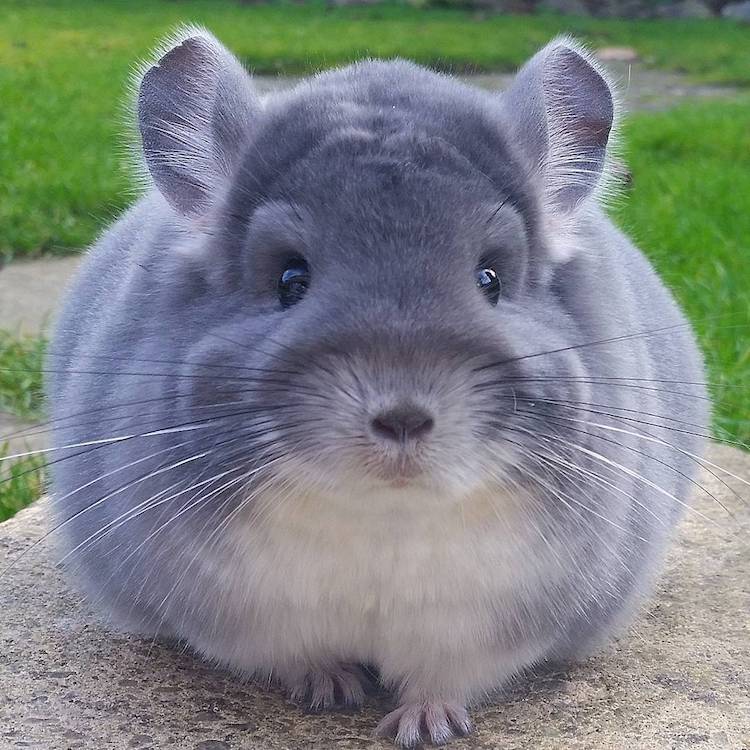 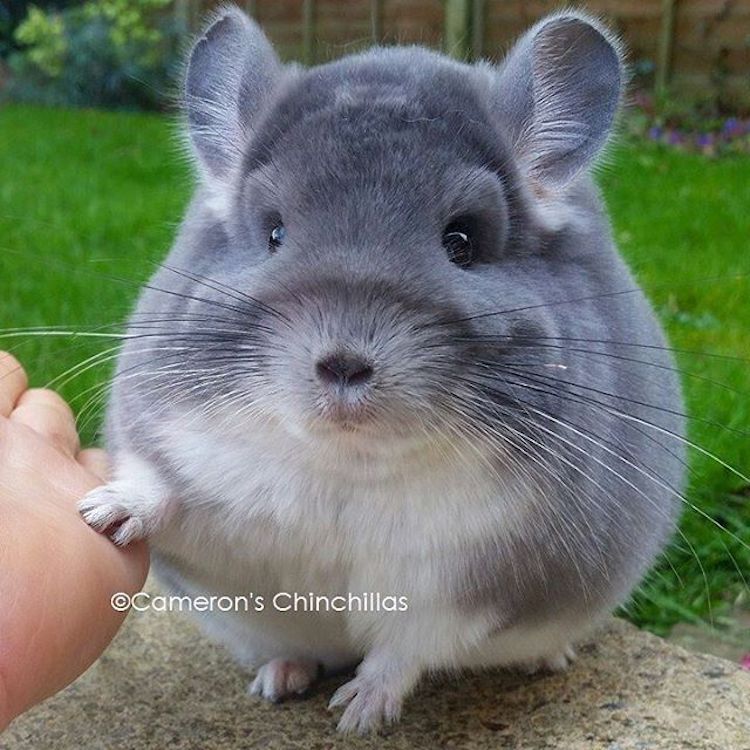 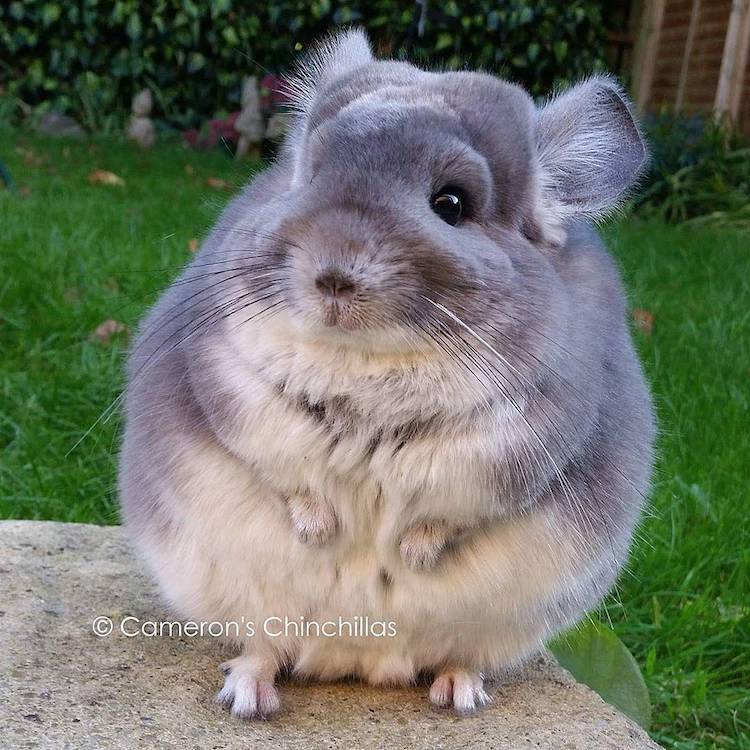 All images via Cameron Holmes.

Chinchillas are so cute! Share
Like My Modern Met on Facebook
Get Our Weekly Newsletter
Become a
My Modern Met Member
As a member, you'll join us in our effort to support the arts.
Become a Member
Explore member benefits

Chinchillas are so cute!