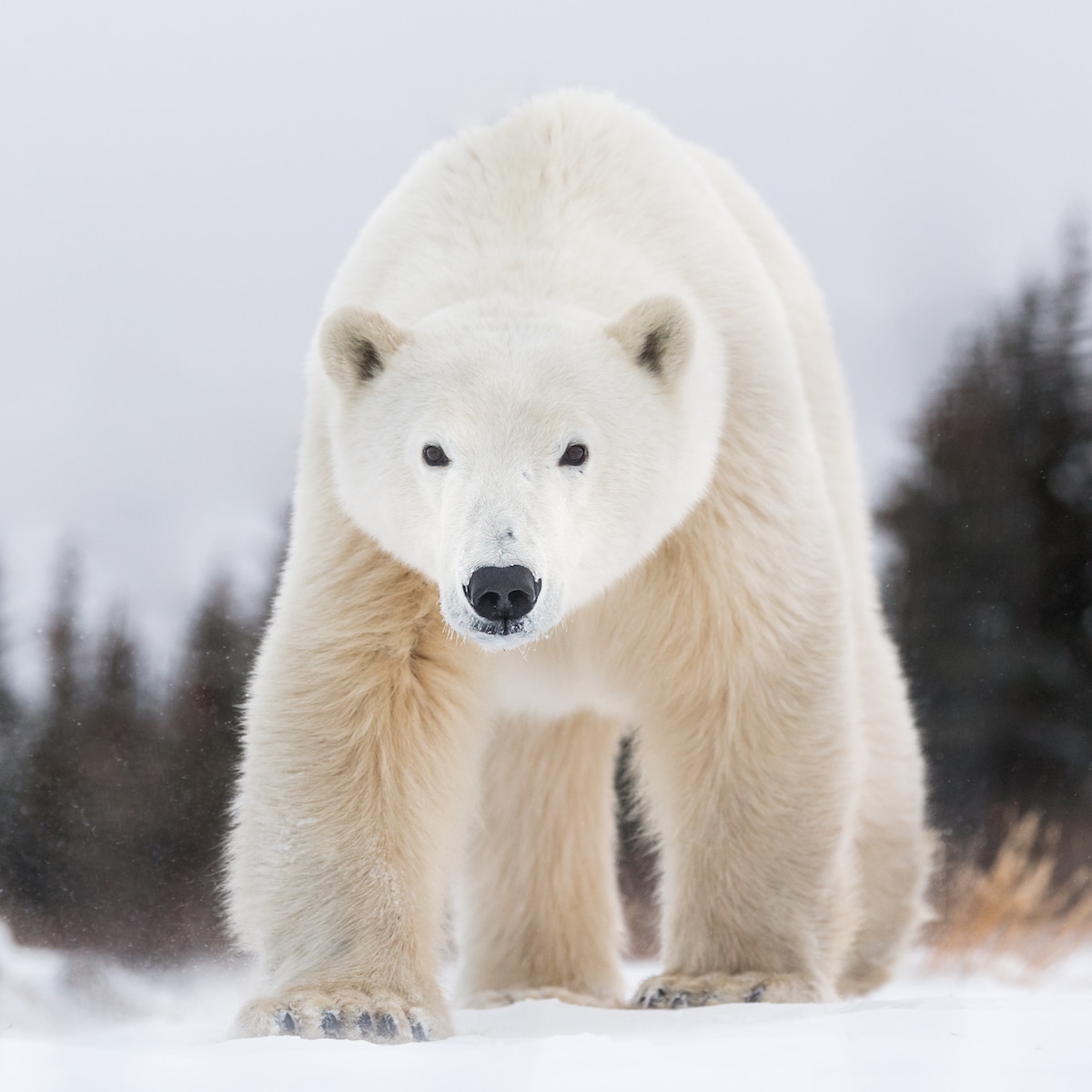 Wildlife photographer George Turner has enjoyed some incredible adventures throughout his career, from photographing a sprinting lioness in Namibia to spending time with chimpanzees in Tanzania. His latest journey brought him to a decidedly colder climate, as he traveled to the far reaches of northern Canada to photograph the Churchill polar bears.

Turner spent time in what's known as the “polar bear capital of the world,” taking in these majestic animals in their natural habitat thanks to an experience organized by Churchill Wild. The polar bears located in northern Manitoba spend a good portion of the year on the Hudson Bay, as they wait for the ice to freeze over at the start of the hunting season.

As the most accessible polar bear population in the world, thousands flock to see these incredible animals, which are facing enormous difficulties due to climate change. In fact, it's estimated that the global polar bear population will decline by 30% by 2050, an even more startling fact when one considers that there are only an estimated 22,000 to 31,000 polar bears remaining in the wild.

We had a chance to chat with Turner about his unique experience with the polar bears in Churchill as well as get a preview of where his next adventure will take place. Read on for our exclusive interview. 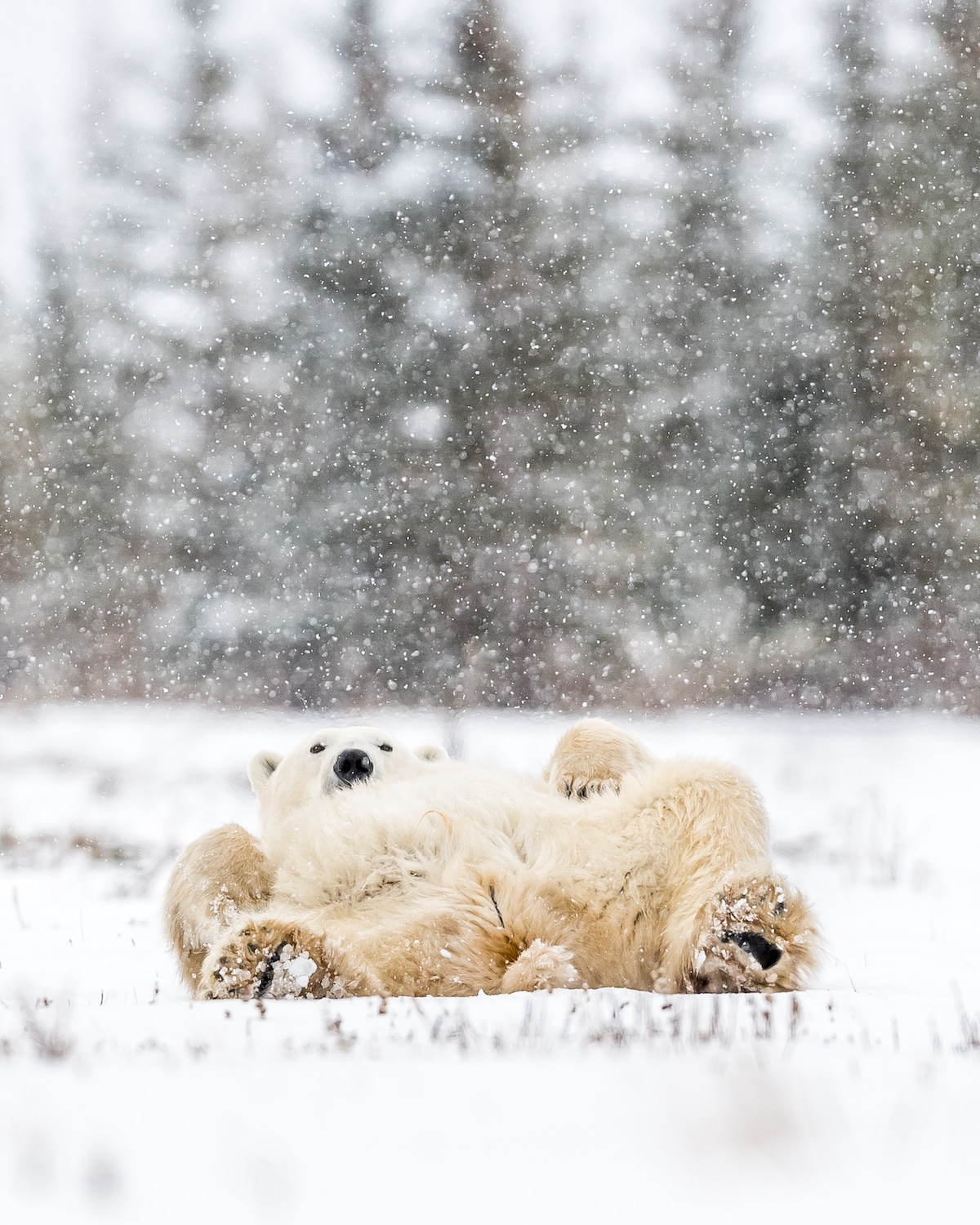 How did you get involved with the trip to Manitoba?

Walking with polar bears on foot has been my ultimate wildlife dream for years now. When Churchill Wild offered me the experience, I bit their hands off!

What makes this experience so unique?

Churchill Wild is the world's only operator who guides guests on foot with polar bears. No tundra buggies, no snow machines, just your own two feet. This creates an incredible intimacy with Earth's largest land carnivore. It's genuinely an experience like no other. 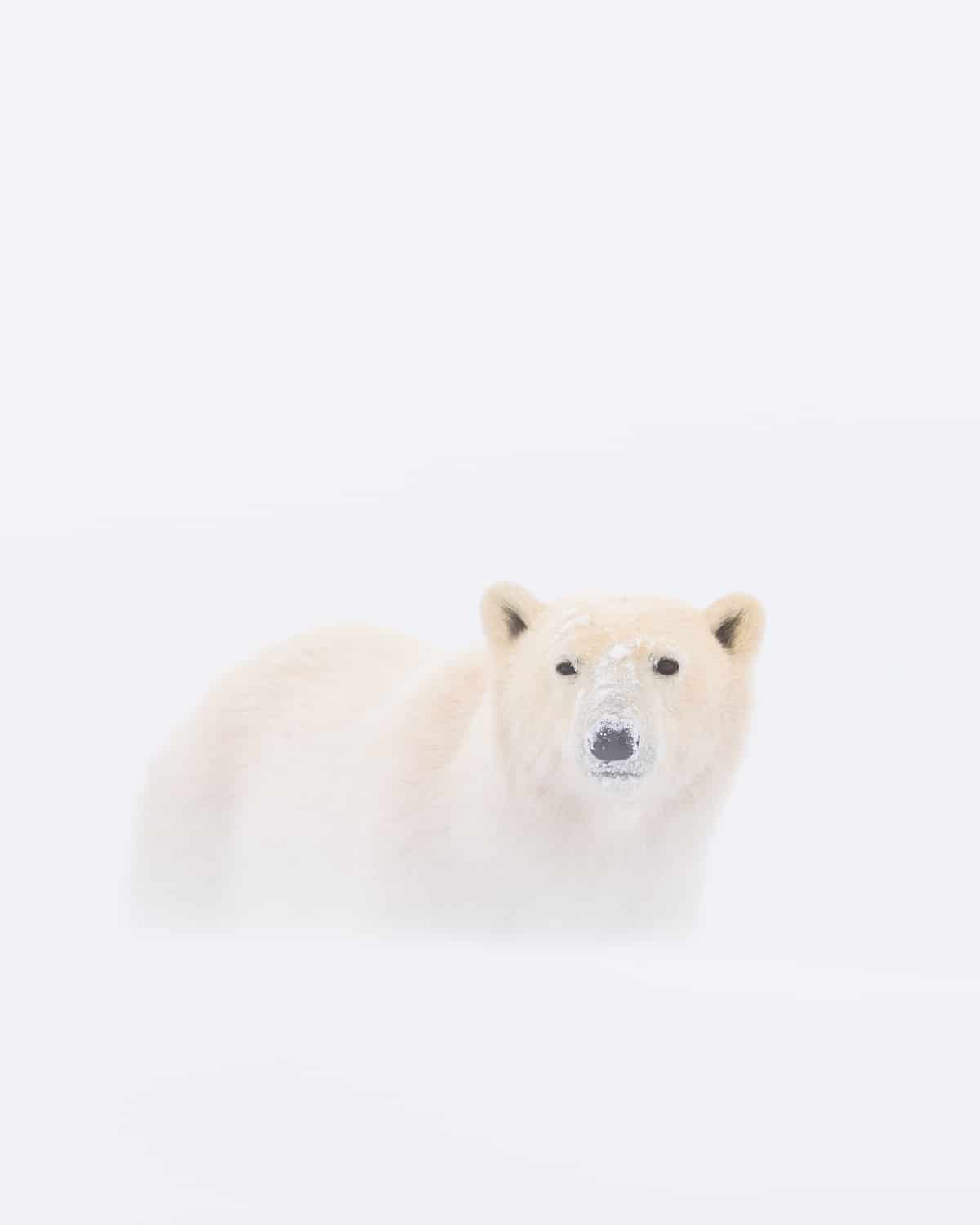 Can you describe an average day with the polar bears?

After a night gazing at the Northern Lights, we'd head out to the shores of the Hudson Bay in search of the white giants. Once spotted, the guides—with 30 years of experience between them—create a game plan: how we'll approach, the best angles for photography, and so on. On the approach, the group is in total silence, letting the bear know that we mean no harm. After everyone has their snaps, we leave the same way, quiet as we go. 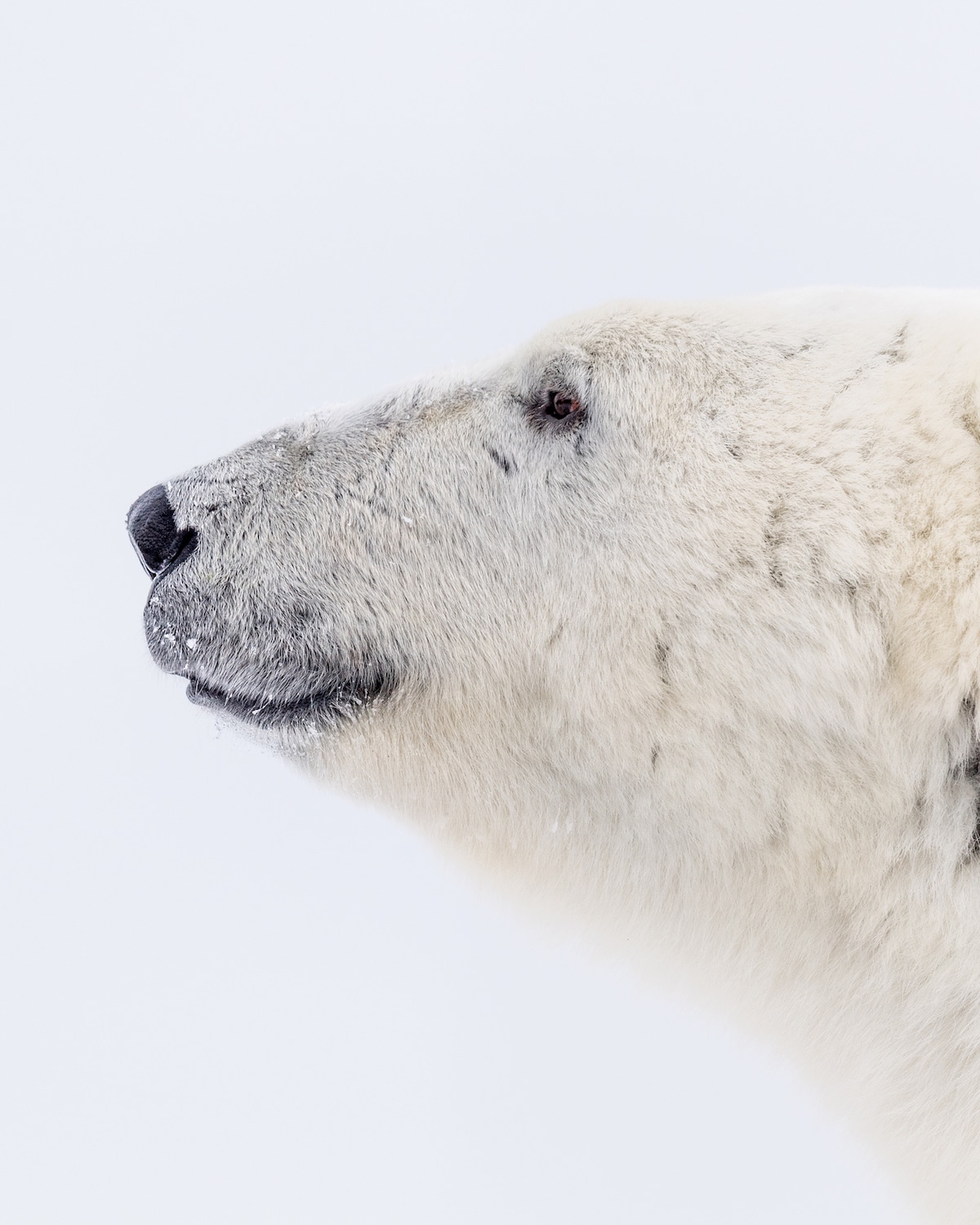 How was this different—or similar—to other experiences you've had shooting wildlife?

Other than being chillier, it was the intimacy that struck me. In such a silent world—snow snuffles out sound—the stillness creates a magical, ethereal feeling to the air. Photographically, it's a dream. The crisp, cool air results in super sharp images, with the light interacting with every single snowflake. 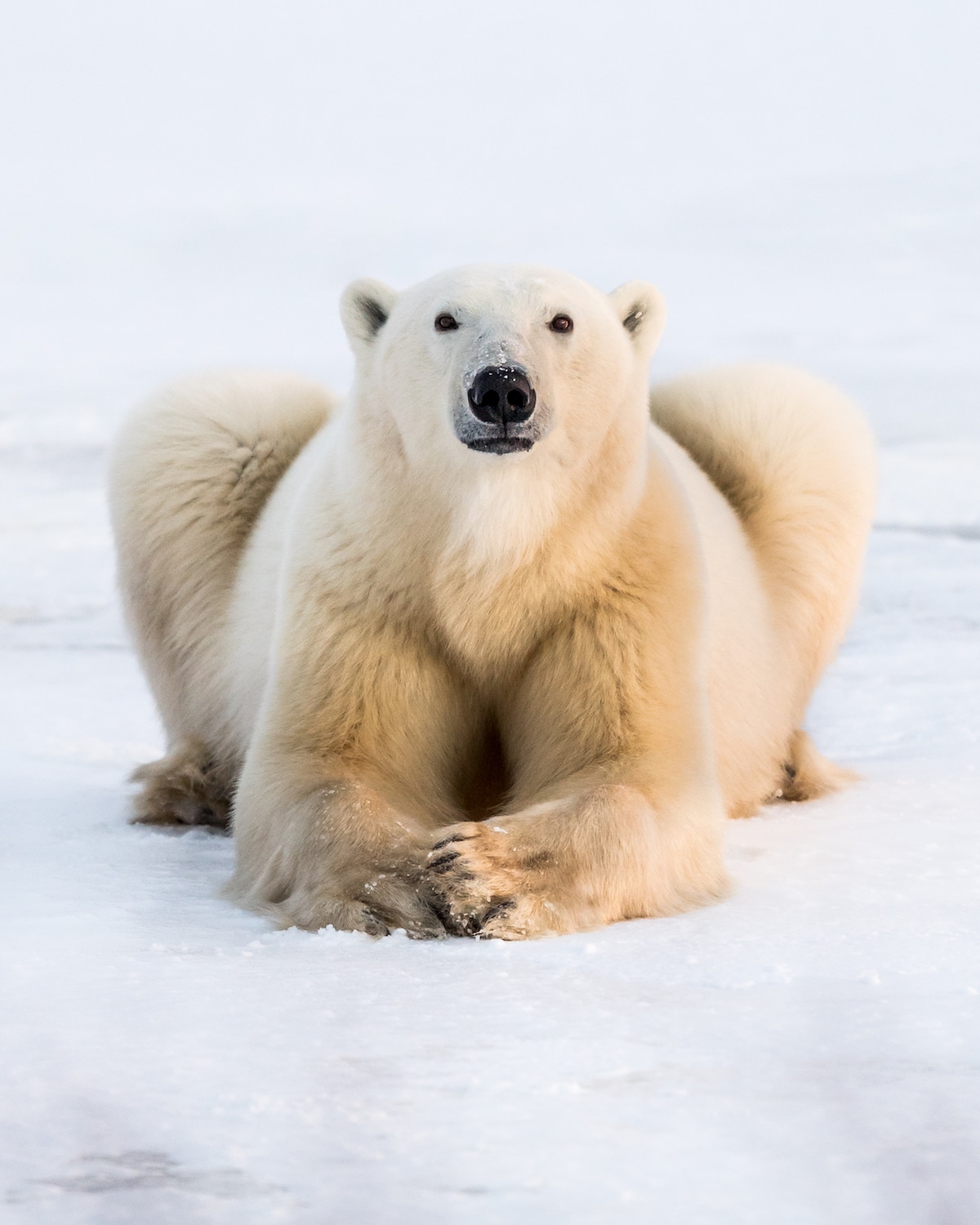 Your images capture a seemingly whimsical, friendly side of the polar bears. How did you find their temperament?

Contrary to popular belief, polar bears are incredibly calm, sociable animals. Never at any point did we feel threatened, only honored to share their home with them.

The first encounter, without a doubt. With the magical Arctic sunset came our first bear, a subadult male. Coming out of the willow bushes, he laid down on the frozen river, directly facing us. My first 10 shots were blurry, as I was shaking with pure excitement. His stare was incredibly intense; he was looking at me. 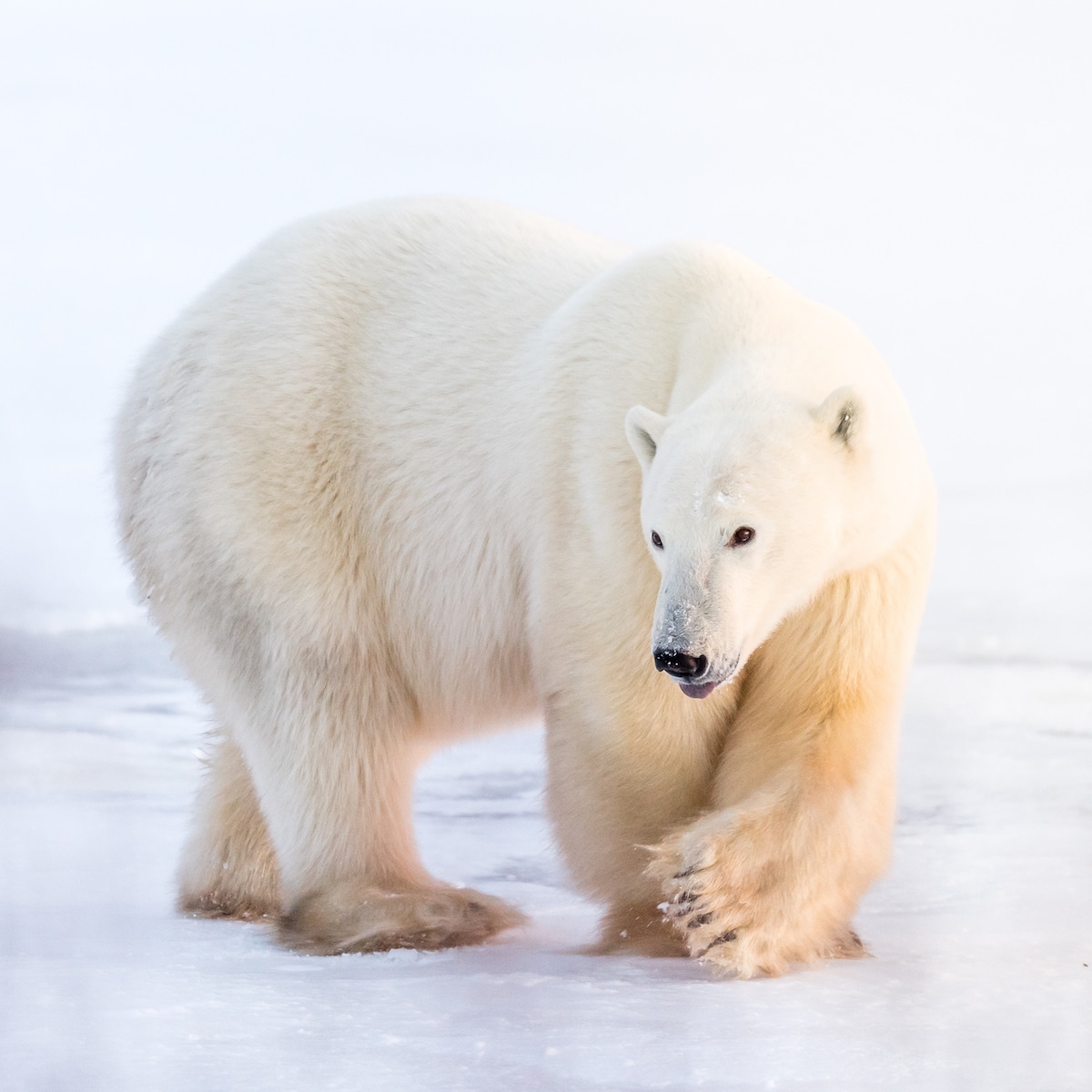 As a photographer, it's my responsibility to relay and showcase these remote, wild places to people. Moreover, these bears are on the edge of climate change. Telling their story is imperative to their survival. Companies such as Churchill Wild are are integral to that; they enable photographers, such as myself, to tell the stories.

What do you hope the public takes away from your work?

It's my hope that anyone looking at my work, takes the time to really look at the images—to properly feel the moment as I felt it. 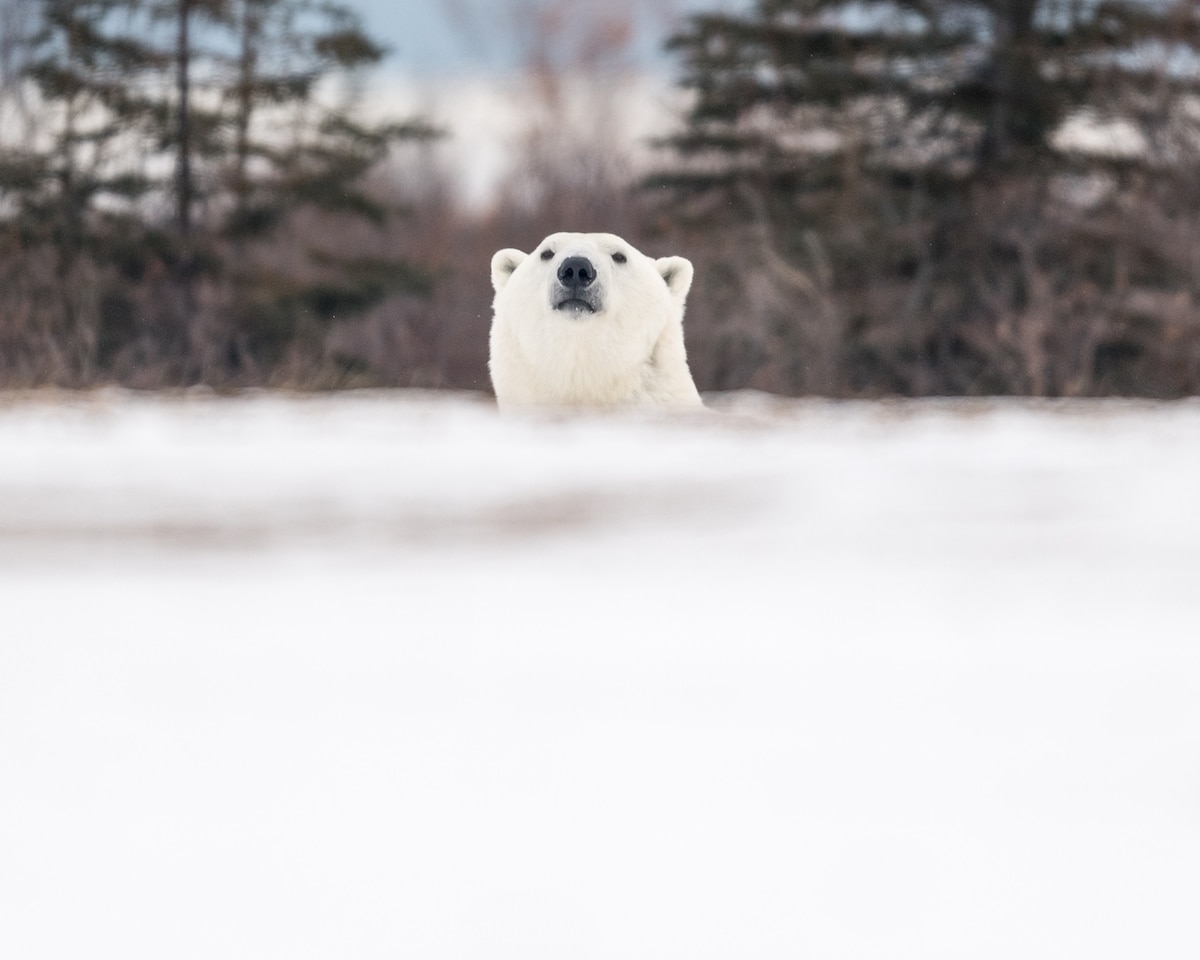 What's your advice to people that want to help these animals who are facing such peril?

Get inspired, use your voice. For the majority, it's the “not knowing” that causes the greatest dangers. For every small change we all make—whether that's cycling to work or offsetting your carbon emissions—these bears benefit.

As I write this, I'm currently in the mountains of Morocco working on a project with IFAW, on the endangered Barbary macaque. Just as with the bears, their greatest threat is caused by people, a theme that runs throughout nearly all animals in peril. 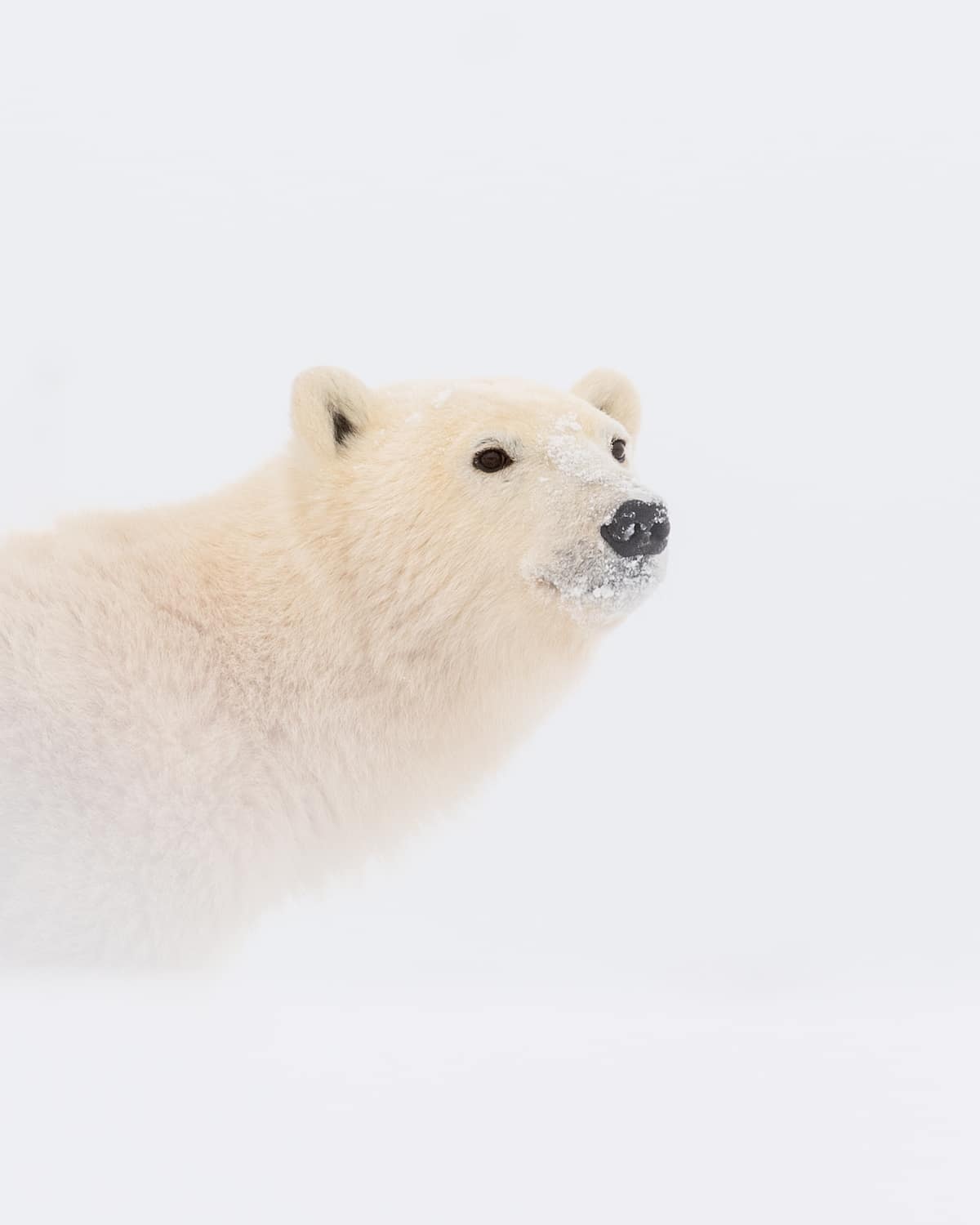 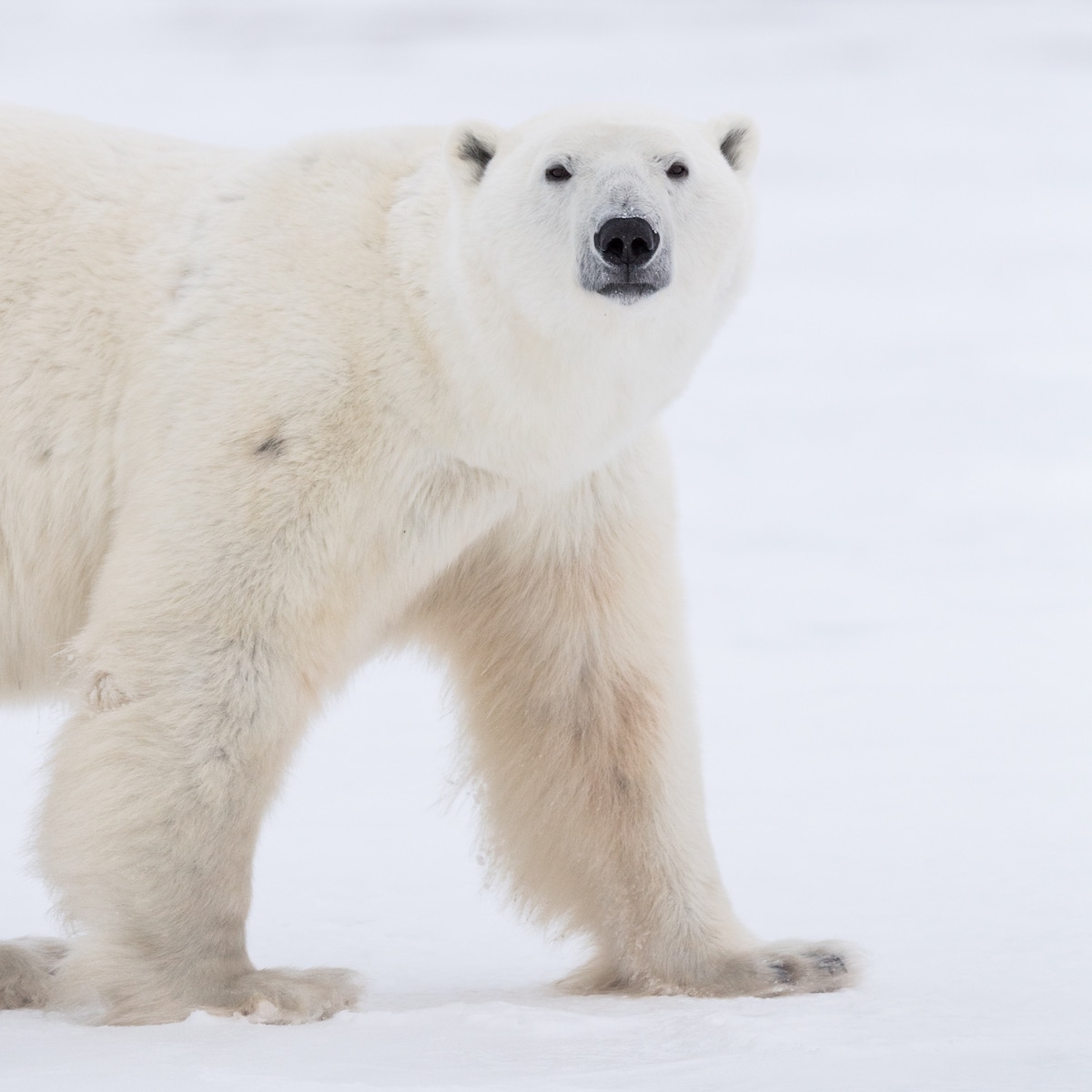 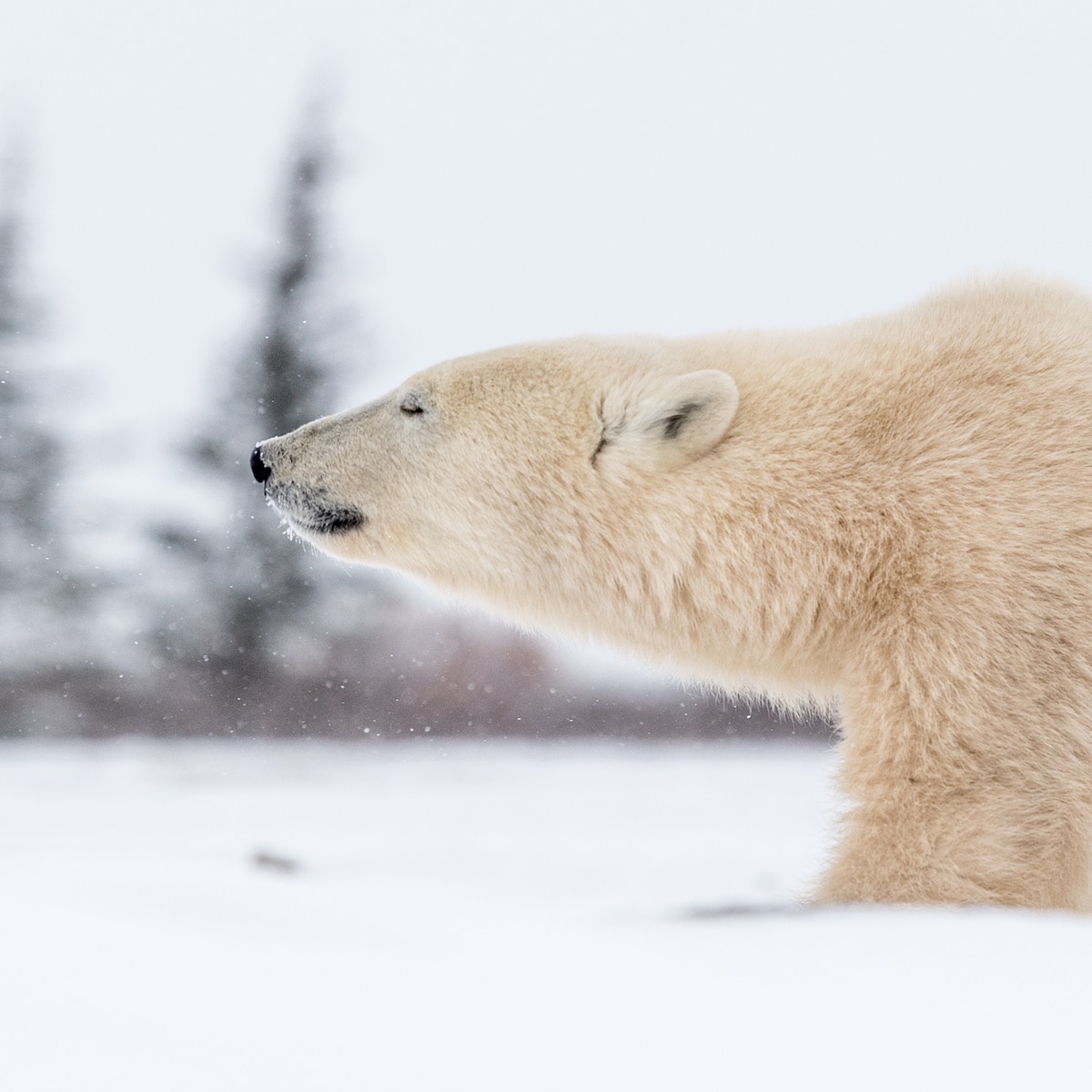 Charmed by these polar bears? Share
Like My Modern Met on Facebook
Get Our Weekly Newsletter
Become a
My Modern Met Member
As a member, you'll join us in our effort to support the arts.
Become a Member
Explore member benefits