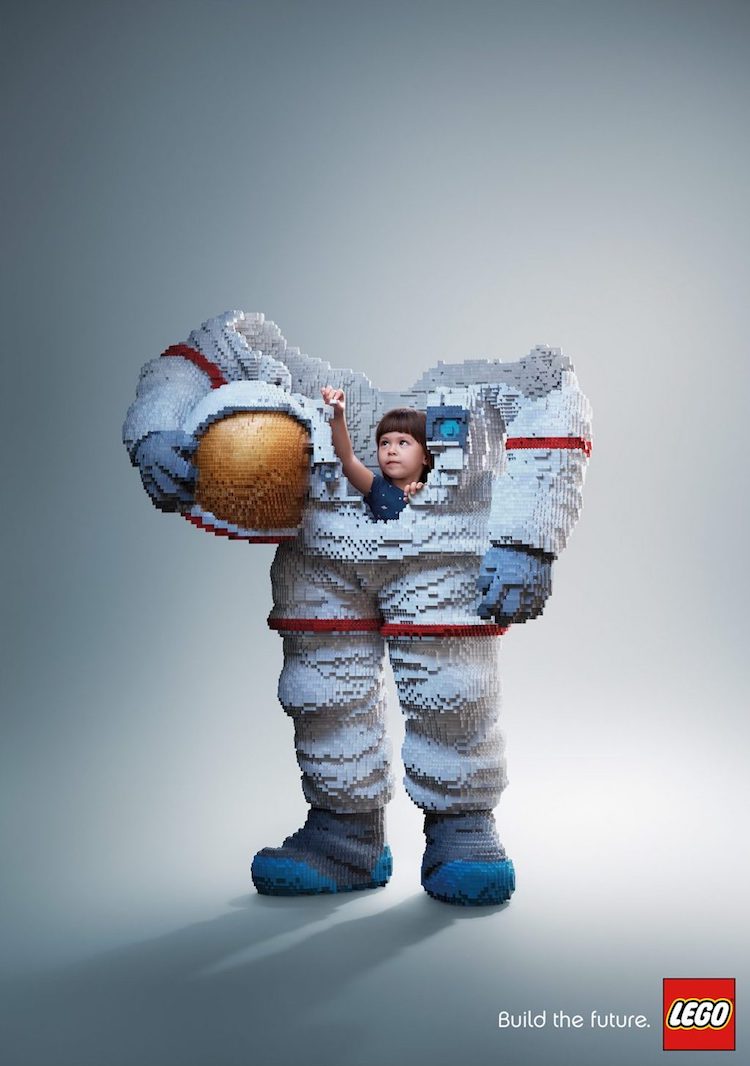 Firefighter, astronaut, rock star—three dream professions that almost every child has fantasized about at some point. And now, LEGO has used these fantasies to build a reality in a set of brilliant new ads by Ogilvy Bangkok. Surprising and nostalgic, they perfectly capture the daydreams of our youth and aspirations for the future.

As the children construct their professions from the inside out, the tagline “Build the future.” succinctly captures the idea on multiple levels. “Lego’s ultimate purpose is to inspire and develop children to think creatively, reason systematically and release their potential to shape their own future,” explains Ogilvy Thailand vice chairman Nopadol Srikieatikajohn. “We utilize the visual of a kid building with Lego bricks in the shape of his or her dream career. The Lego bricks that are being built symbolize the kids’ development, which gradually grows bigger and closer to their dream future.”

Including both boys and girls, the firm selected professions from different fields—science, the arts, and social services—for a well-rounded message. Each piece was created using 3D illustration and they were lit against a background that mirrors the working atmosphere of choice. The print ads have been an instant hit, winning three silver Lions and a bronze at the Cannes festival.

The next step? There are plans in the works to build each LEGO structure as an extension of the ads. 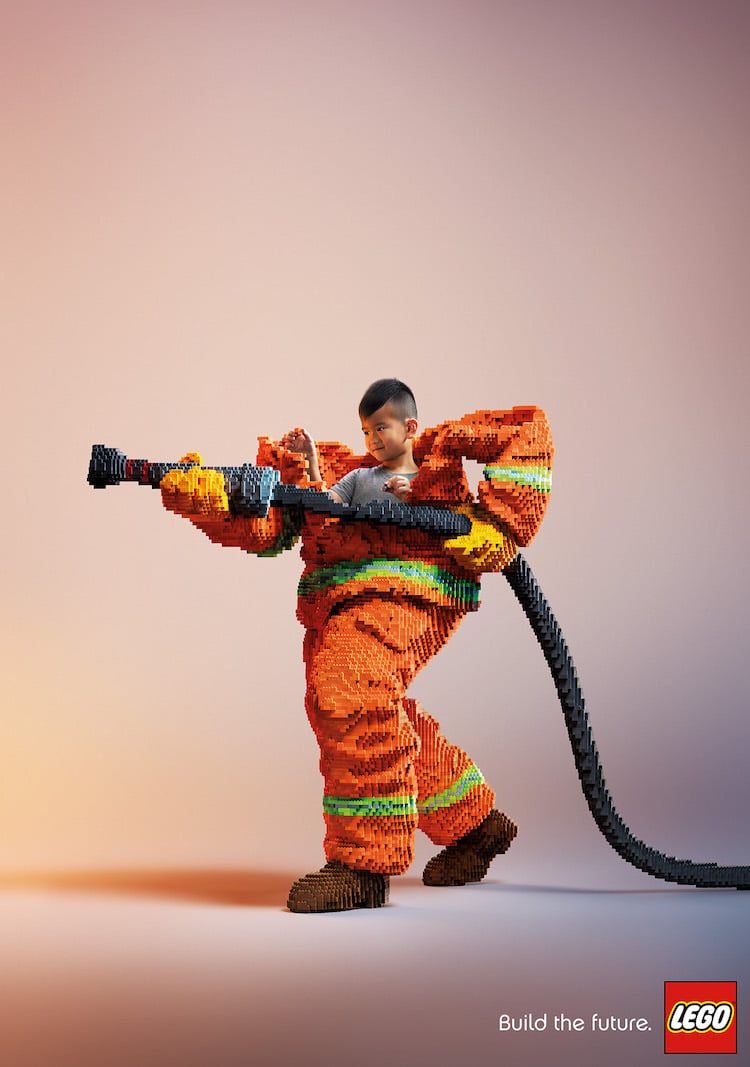 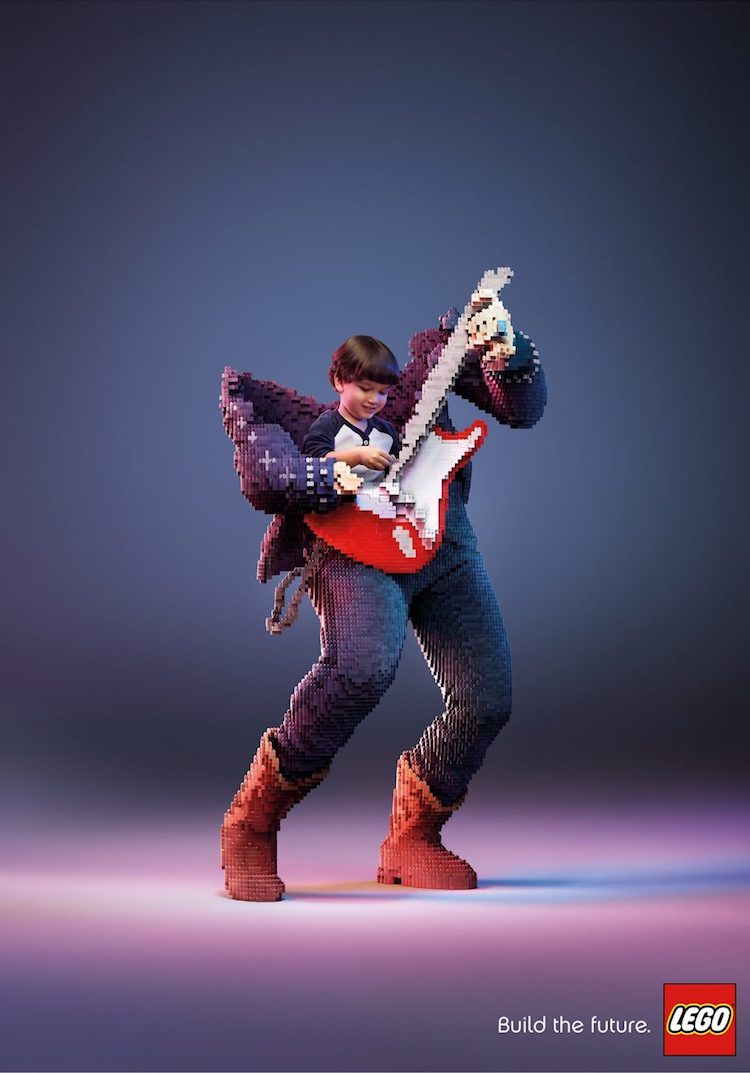 All images via Ogilvy Bangkok.