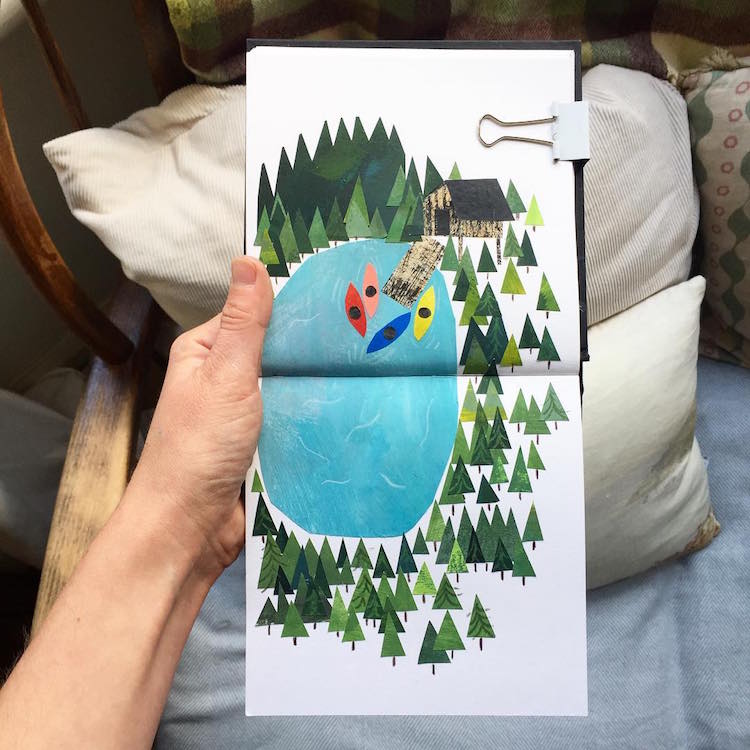 While some people chronicle their traveling adventures with a camera, artist Clover Robin uses a slightly less typical tool: a pair of scissors.

The London-based illustrator and designer “delights in nature and all things botanical” and is known for her creative and colorful collages that feature everything from fruits and veggies to scenes of the seaside. Never short on inspiration, she often crafts collages on-the-spot to “sketch” her surroundings, whether outside, inside, or—in the case of her recent road trip along the West Coast of Canada and the United States—from the passenger’s seat of a cruising car.

In each paper piece, she depicts a stylized scene that, to her, symbolizes every unique destination. Towering redwood trees commemorate California, while Oregon is represented by a lakeside cabin and Arizona materializes as a cluster of cacti. Though most of her road trip collages depict scenic landscapes, Robin was also inspired by less majestic encounters, like a scattered assemblage of Canadian maple leaves and even a massive pile of gooey chili cheese fries.

You can leaf through all of Clover Robin’s charming collages on her Etsy site. 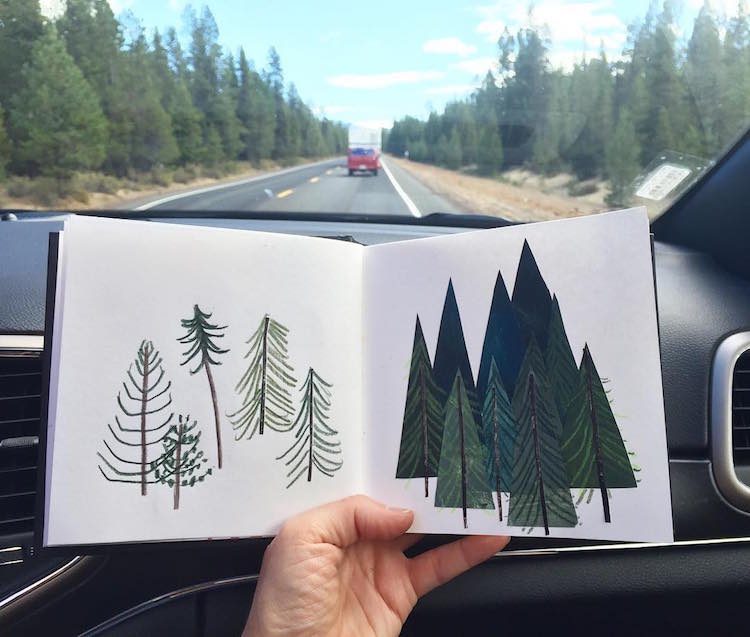 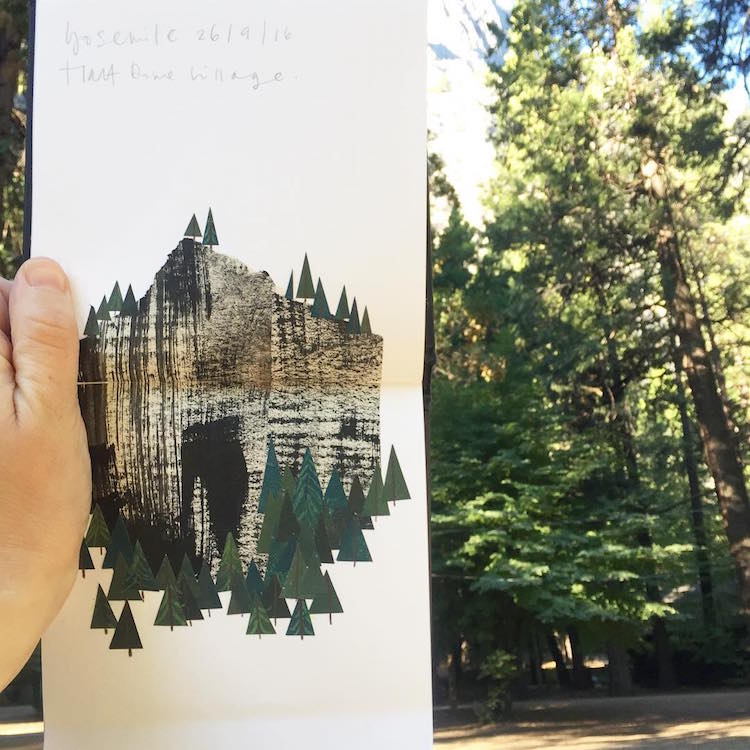 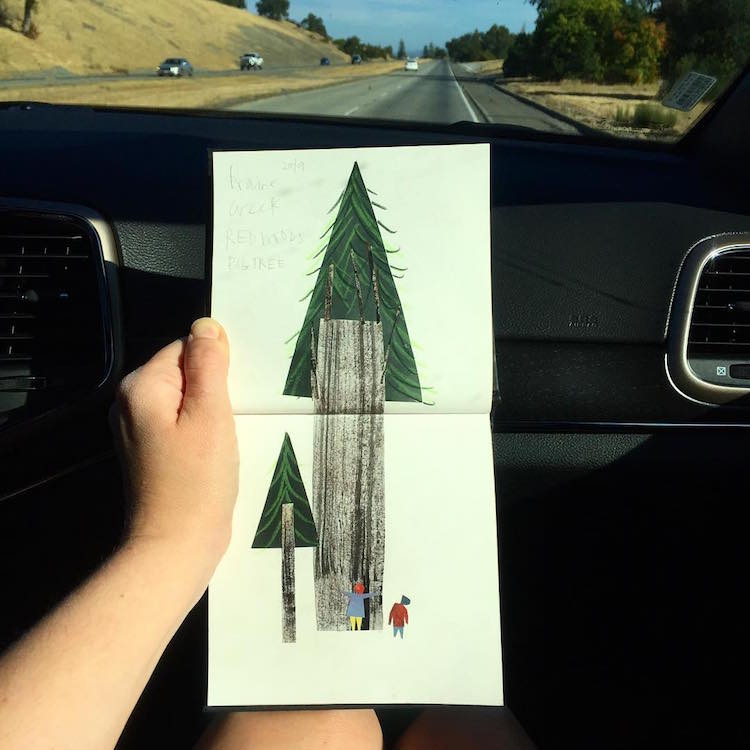 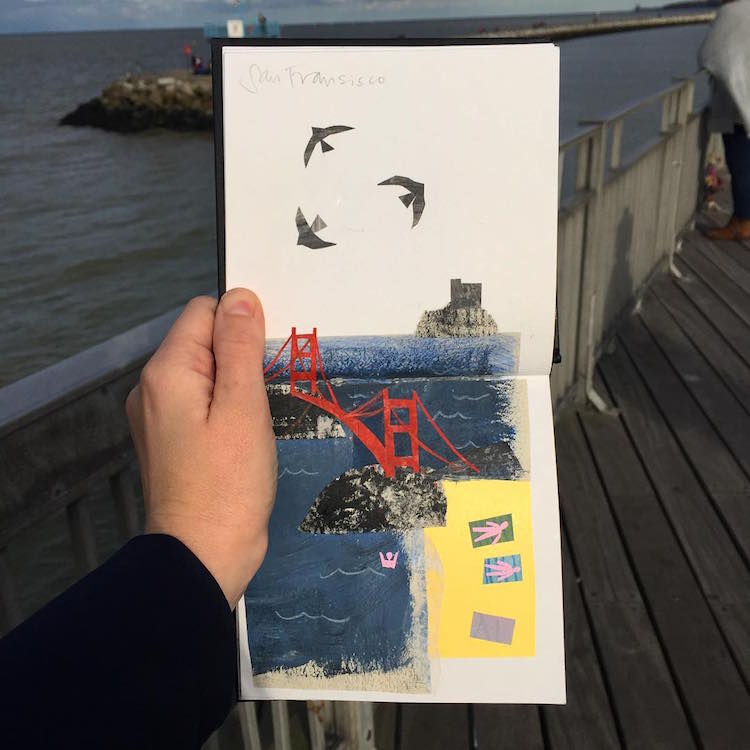 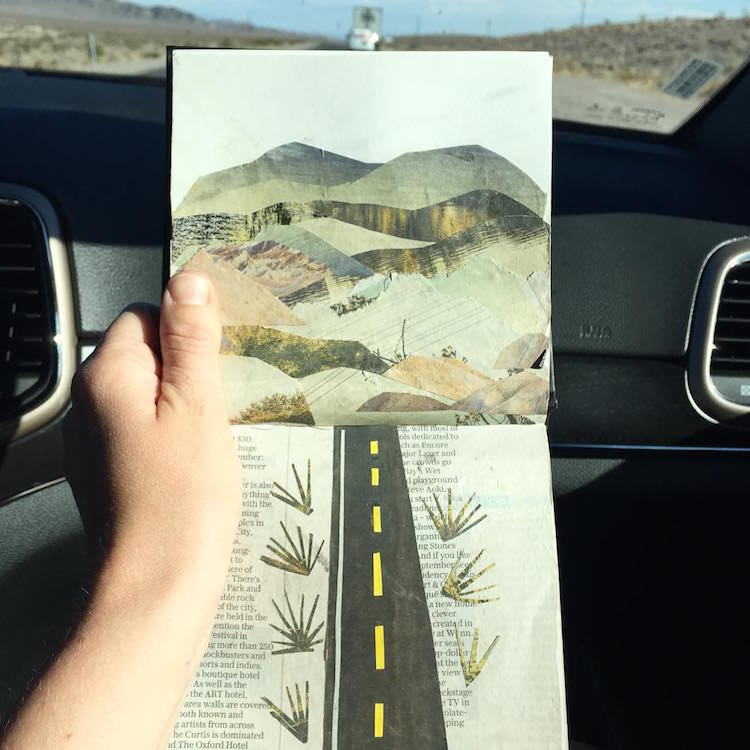 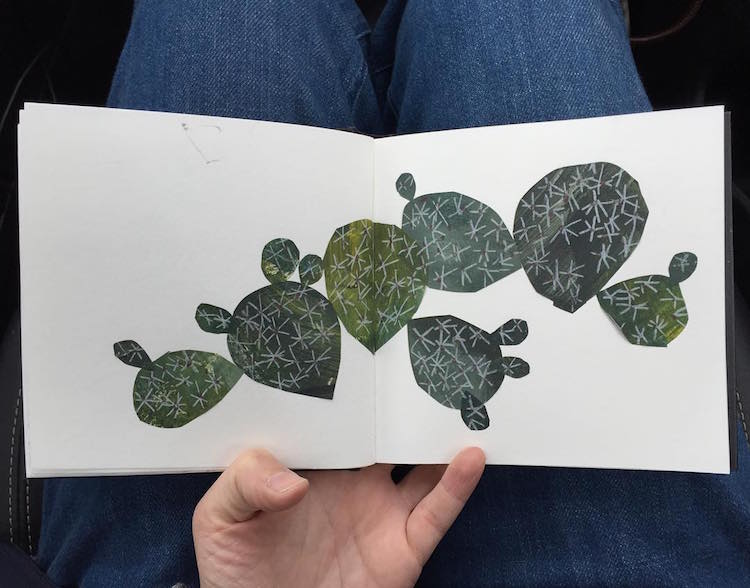 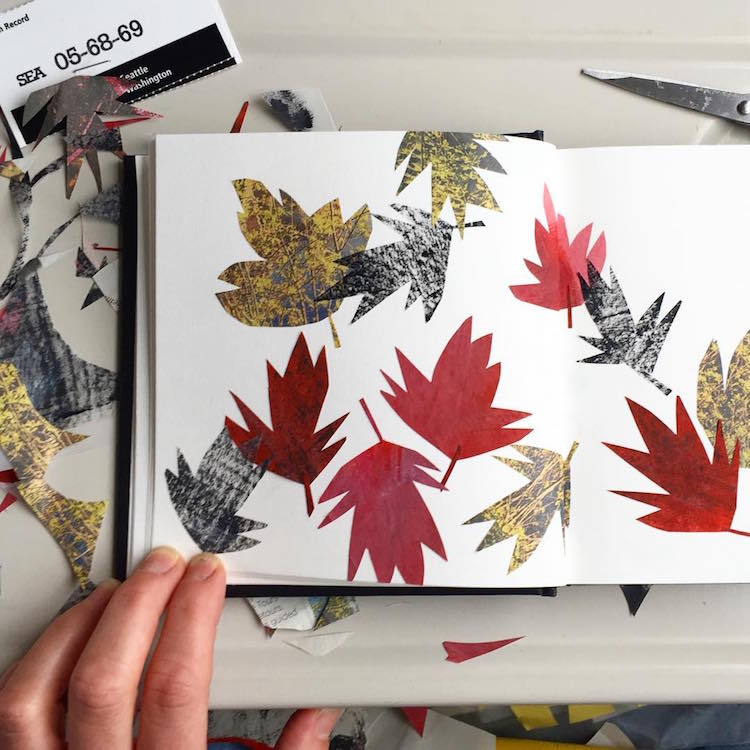 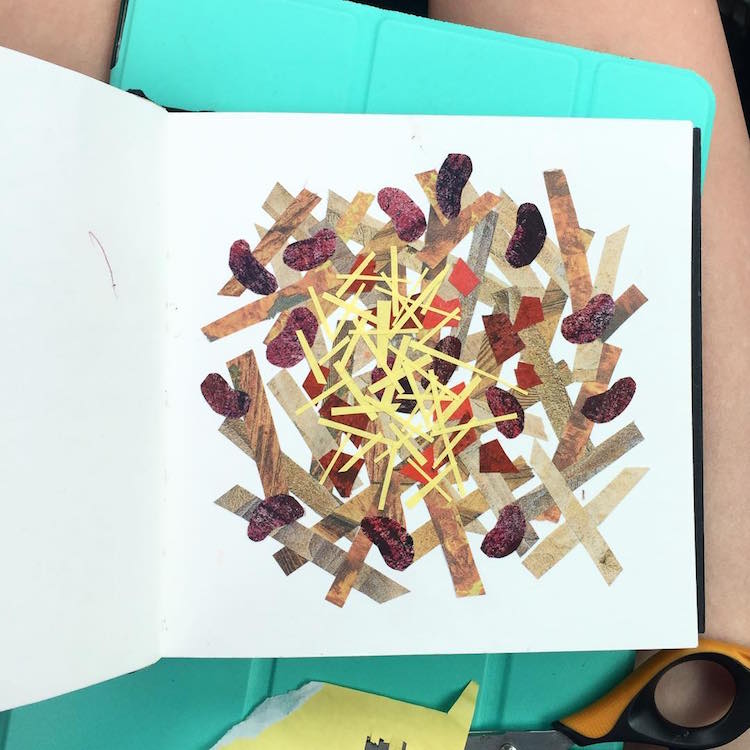 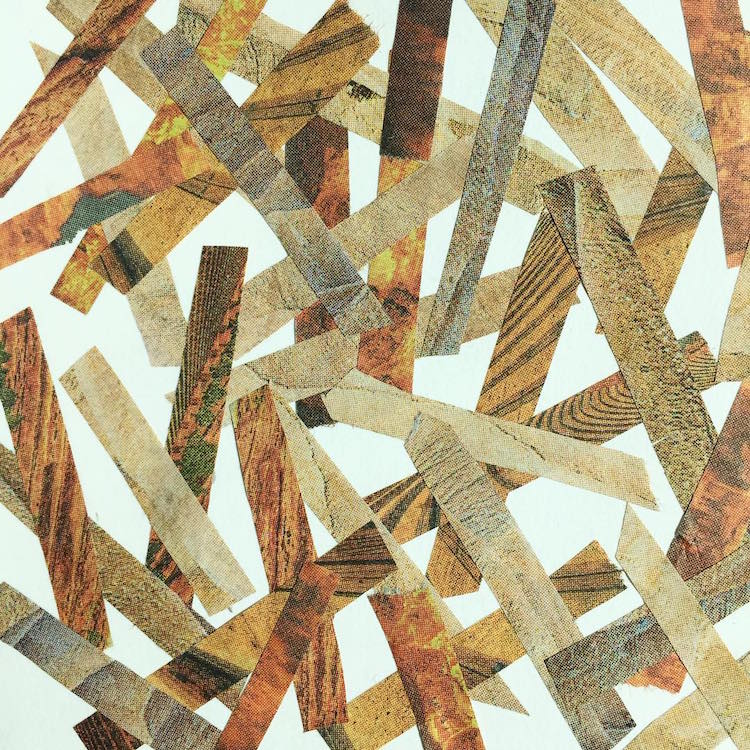 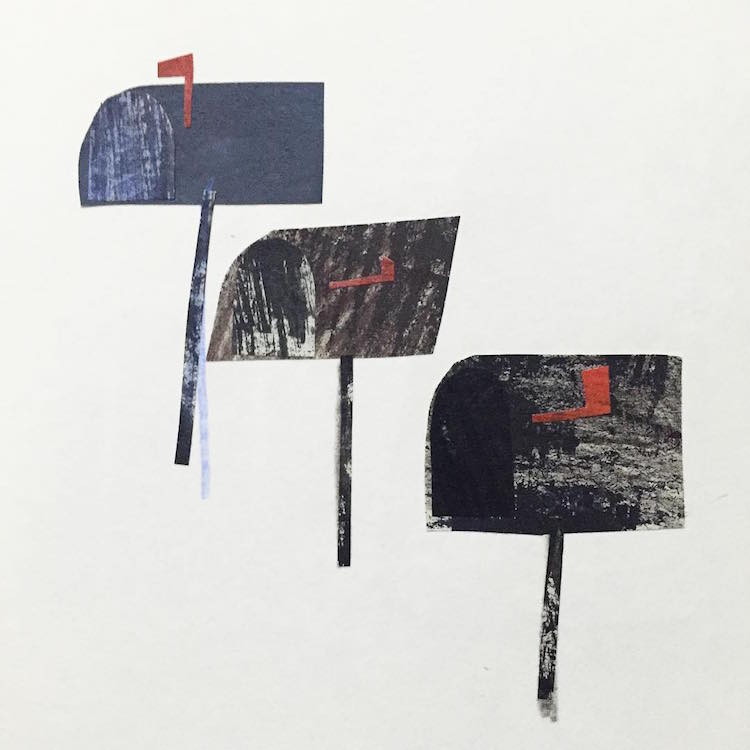 All images via Clover Robin.