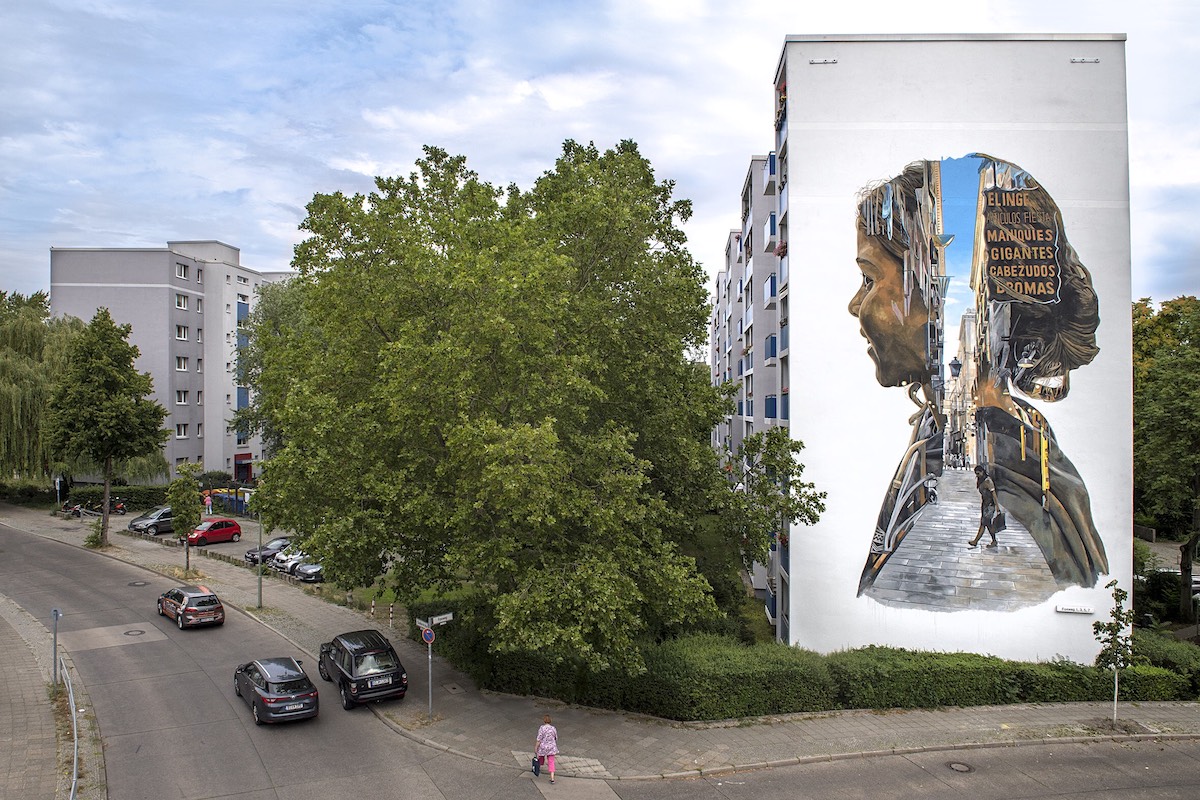 Spanish illustrator Cristian Blanxer recently completed a moving mural in Berlin as part of Urban Nation‘s One Wall project. Covering the side of a large housing block on the outskirts of the city, Blanxer's painted mural appears like a piece of double exposure photography. A pedestrian moves within a narrow city street that opens up to a sliver of bright blue sky, all fit within the silhouette of a young girl's profile. It's a piece that's both technically impressive and emotionally touching.

Titled Little Giants, Blanxer's piece is a commentary on the human tendency to get lost in the bustle of city life without taking the time to appreciate your surroundings. “We seek fulfillment and want to find ourselves and be grounded—we look for the next and look down [to] our phones—but what if we looked up and the blue sky would assure us that there is hope, warmth, and stillness,” writes Blanxer. The piece acts as a beautiful wake-up call to humanity, asking us to sit back and re-evaluate what's important. Blanxer hopes people are able to think about how to recapture the ability to look up at the sky and take it in, something that is often much more easily achieved in youth than adulthood.

Over the course of ten days, Blanxer immersed himself in the area, working high up on a crane to create his evocative piece. His masterful use of perspective creates the deep, receding space that pulls viewers into the work, while the silhouette of the outer figure presents the perfect frame. The duality of this frame versus the fictive environment is carried through the entire piece. Viewers are both spectators of the portrait and participants in the city space, pulled in by the lone woman who wanders the streets, head down. It's a complex painting that requires time and thought to observe, comprehend, and self-reflect.

Curator Yasha Young, who is the executive creative director at Urban Nation, uses the One Wall platform to help artists express themselves freely while engaging with the community. “I am always trying to find the most cutting edge and groundbreaking creative voices whose approach to technique, subject matter, and execution draws the attention of the viewer in different ways,” Young shares with My Modern Met. “Sometimes loud and clear, sometimes it takes a second look to the softer tones and hues, but always, no matter what, the creative process and its depths are very visible and outstanding.”

Blanxer's mural is visible at Foxweg 1 in Berlin-Tegel. 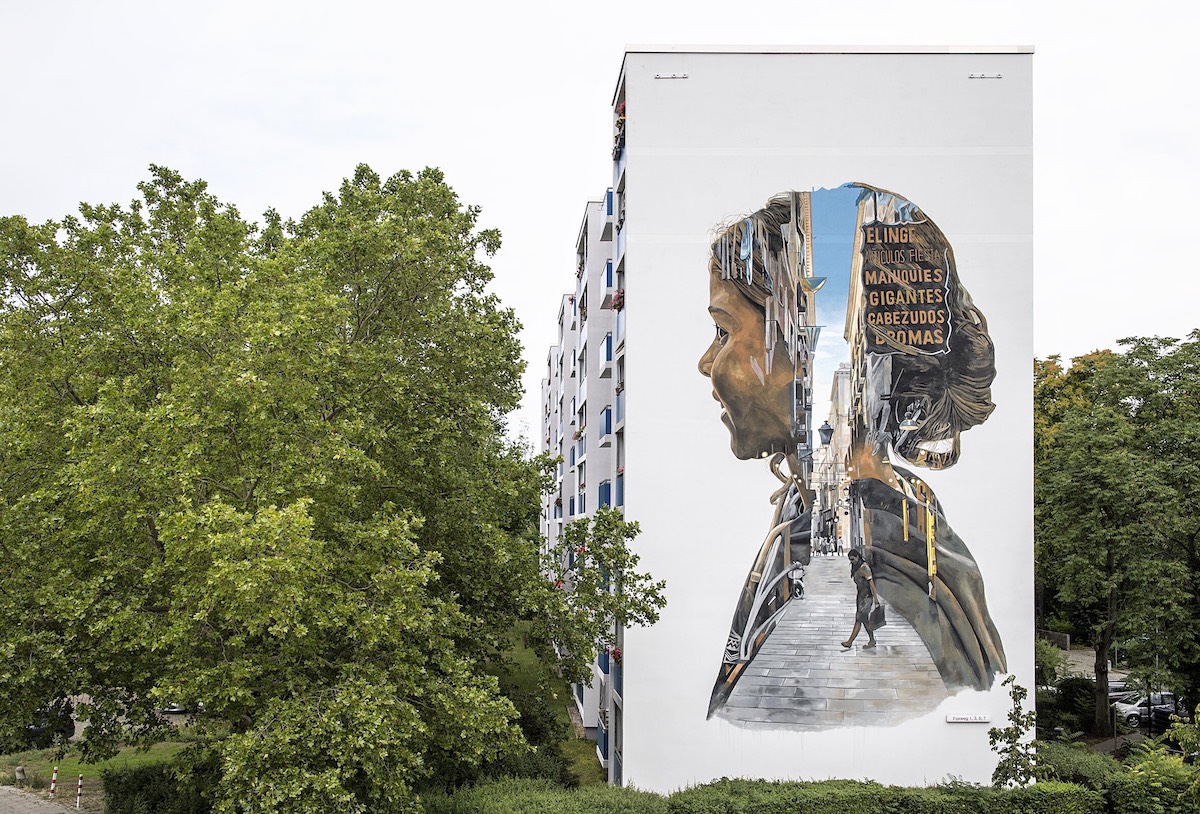 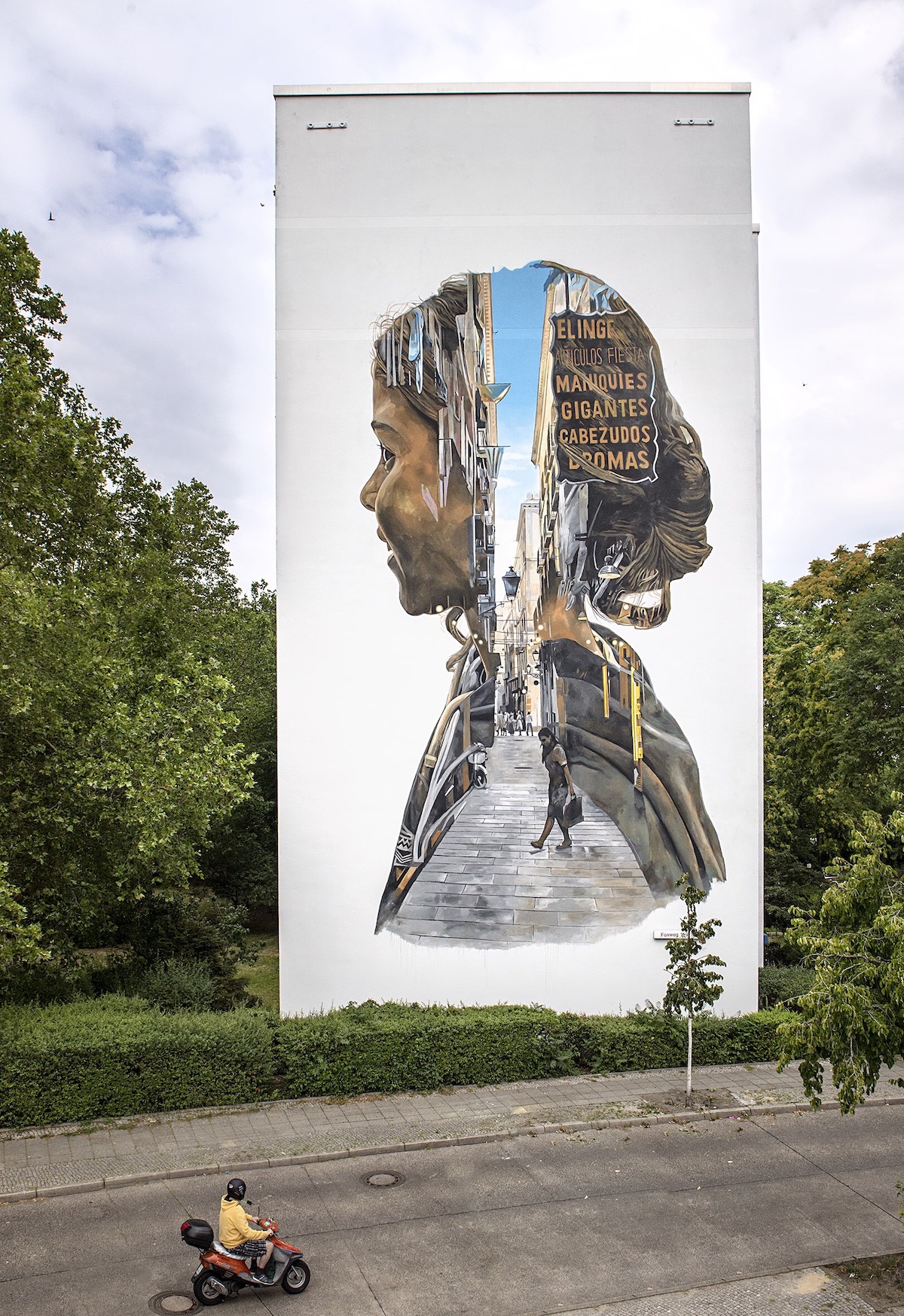 The illustrator worked for 10 days to complete the piece of street art, which is titled Little Giants. 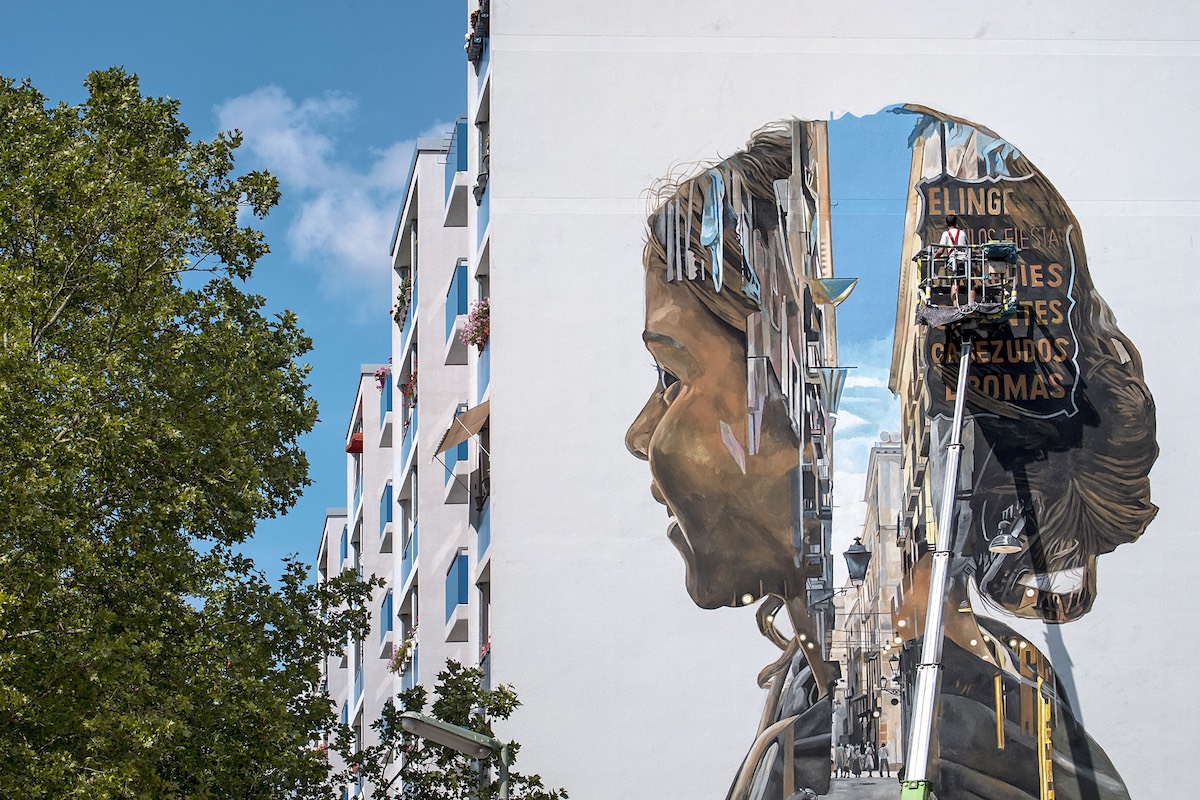 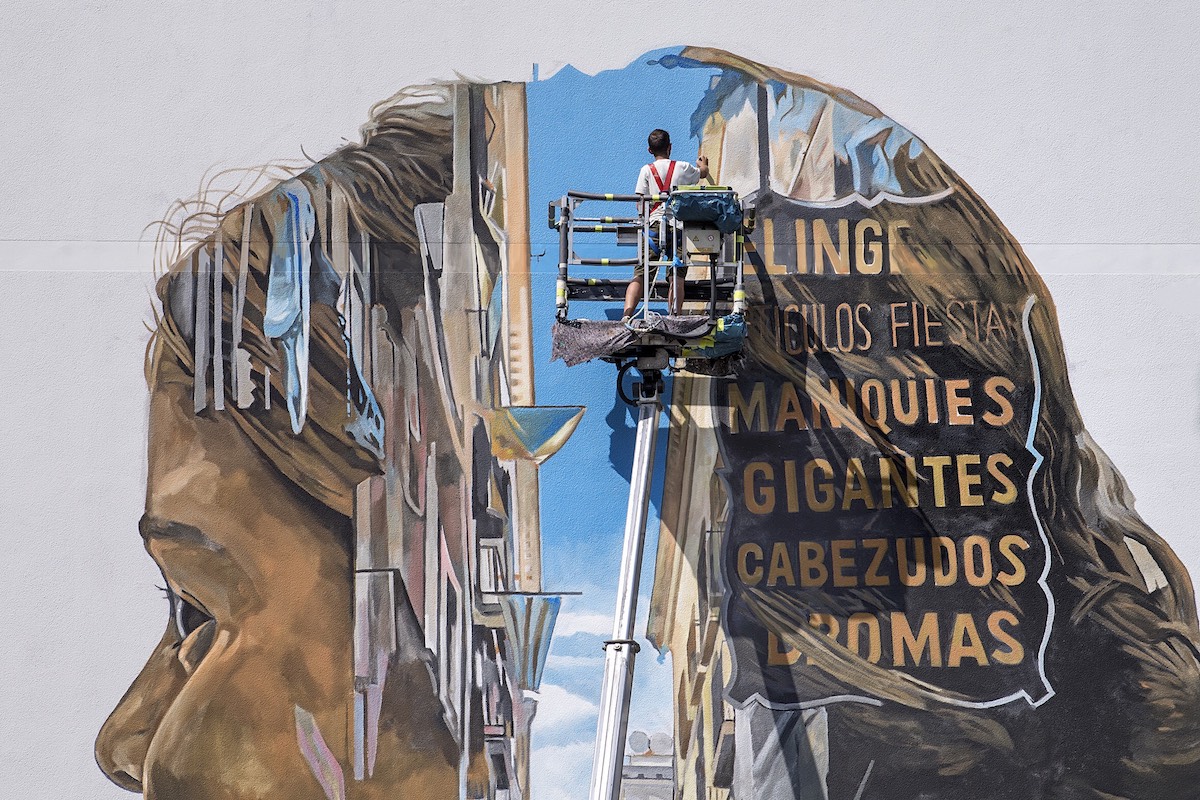 The finished mural looks like a double exposure photo. 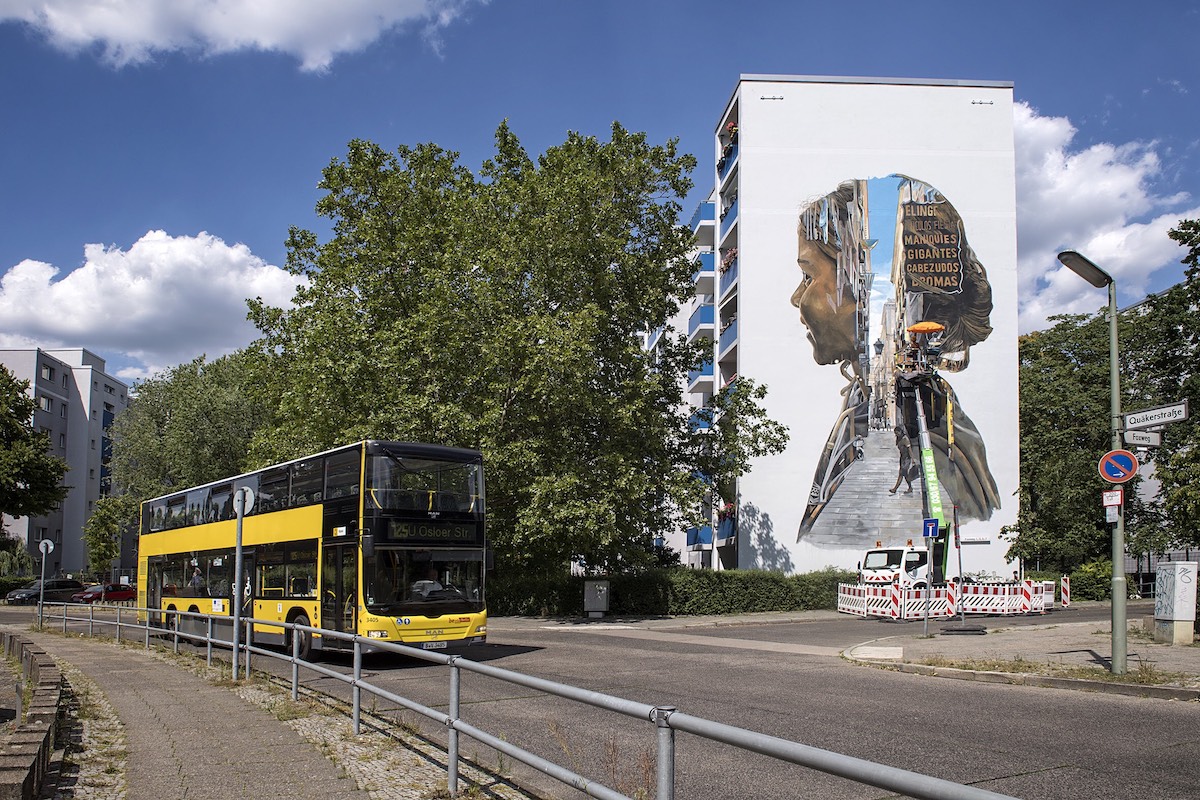 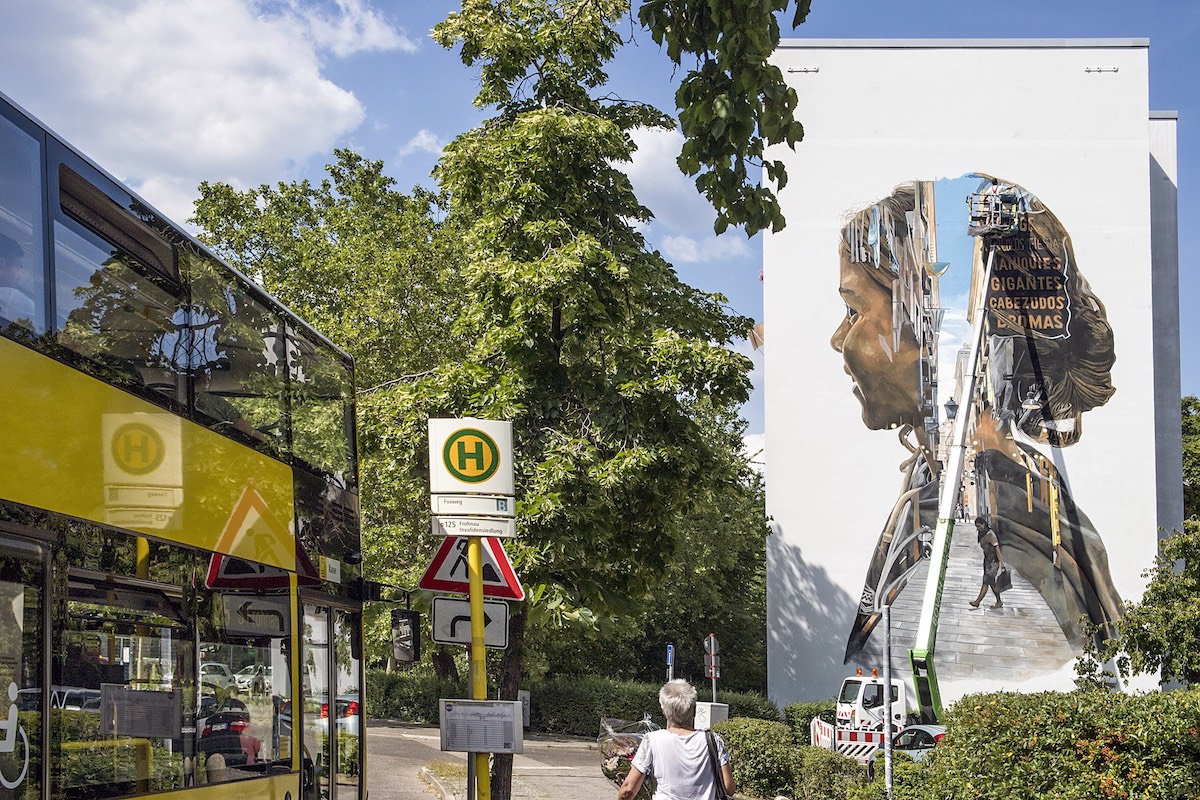 All images via Nika Kramer. My Modern Met granted permission to feature photos by Cristian Blanxer.

Love this mural? Share
Like My Modern Met on Facebook
Get Our Weekly Newsletter
Become a
My Modern Met Member
As a member, you'll join us in our effort to support the arts.
Become a Member
Explore member benefits