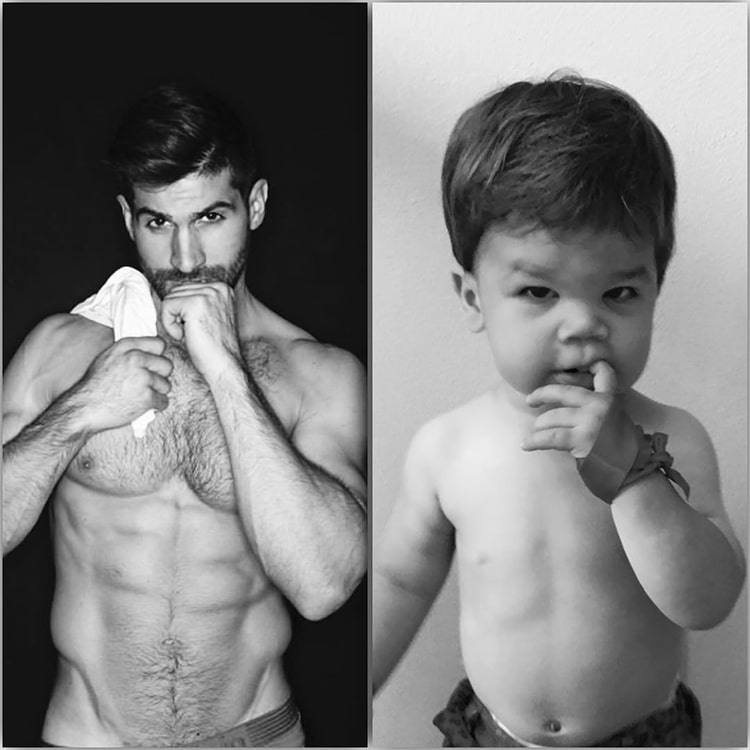 Meet Augie (aka @babyandthebody), the 18-month-old who’s following in the fashion footsteps of his male model uncle, Aristotle Polites. Look at how this cute toddler recreates his uncle’s photoshoots in an adorable Insta-photo series.

The fun photo project started one day, when Augie’s mother, Katina, was struggling to dress the wriggly toddler. Her brother told her the scene reminded him of one of his own photoshoots, so she snapped a picture and later matched the uncanny pose with that of her brother’s, modeling knitwear around his neck.

Since then, Katina and Augie have been treating their Instagram followers to a new snap every Monday. Katina has said she has “a great younger brother/older sister relationship [with] lots of poking fun!,” and this series certainly proves it. Augie’s recreations have compared Calvin Klein’s to diapers, six-packs to tiny tummies, and pearly white smiles to toothless grins.

You can keep up to date on Augie’s toddler modeling career via Instagram.

18-month-old Augie impersonates his male model uncle in a series of adorable photos.

Adorable 2-Year-Old Directs Nanny to Pose Just Like Him

Adorable Toddler Dresses in the Cutest Costumes Leading Up to Halloween