If there's two things the Internet loves, it's good-looking men and cats–put them together and it's the best of both worlds! Years ago, the clever blog Des Hommes et Des Chatons (Men and Cats) began pairing pictures of attractive guys with adorable felines who each strike similar poses. Celebrities, models, cats, and kittens are all featured in side-by-side comparisons, with every human-animal combination complementing one another in mannerisms, attitude, or attire.

Some of the pairings showcase serious modeling from both the men and cats, ranging from sultry and seductive to downright silly. In one post, a man and feline direct intense stares towards the camera, while another entry shows two others lightheartedly jumping in the air. As you scroll through the blog, it's incredibly amusing to see just how similar humans and cats can be.

Since its growth in popularity, Des Hommes et Des Chatons has published its own book that's now available on Amazon. 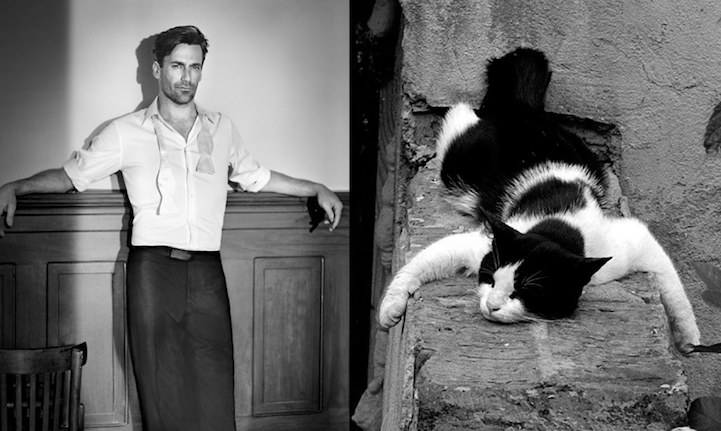 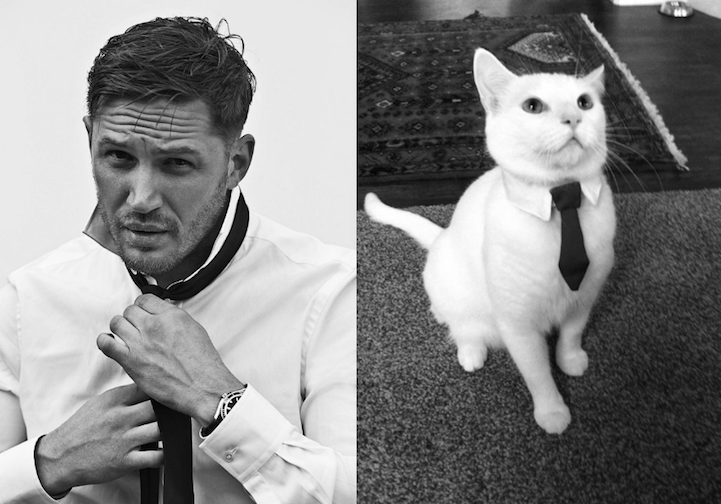 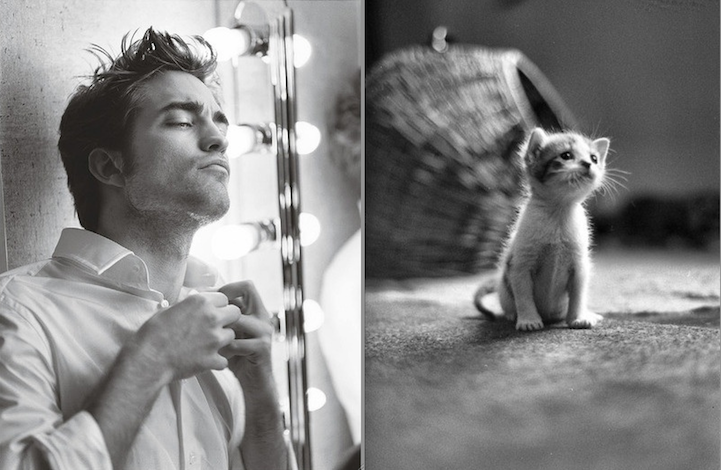 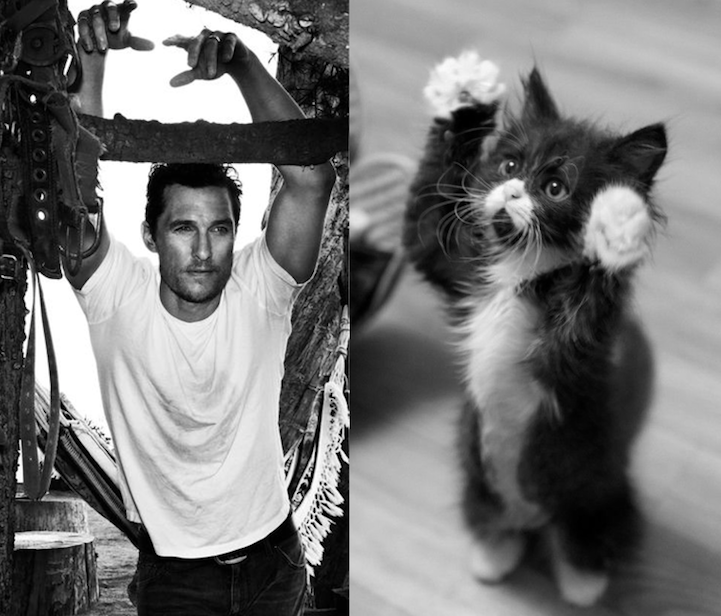 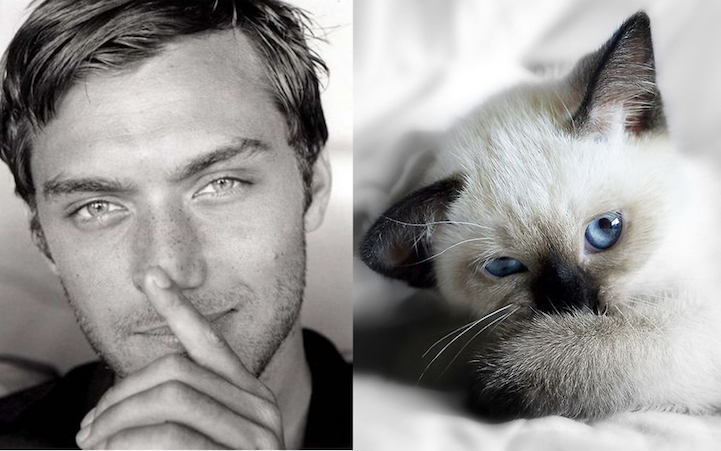 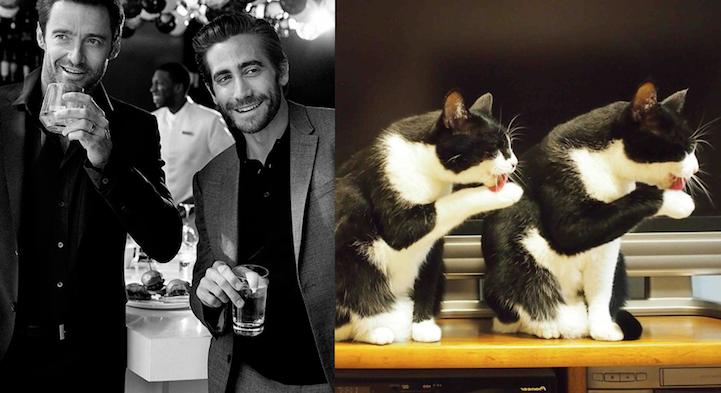 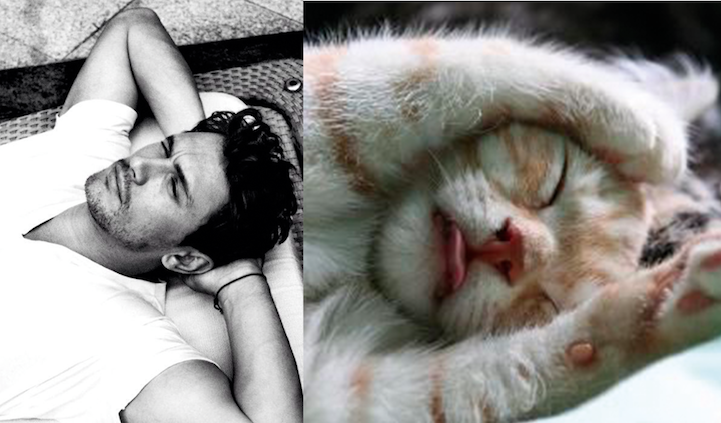 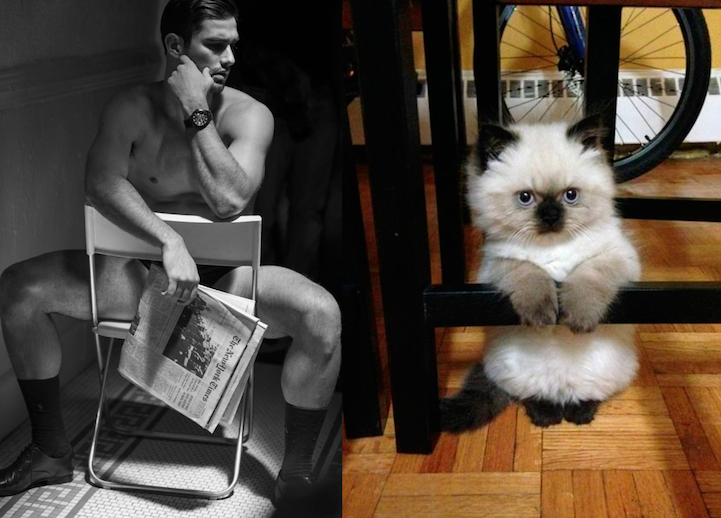 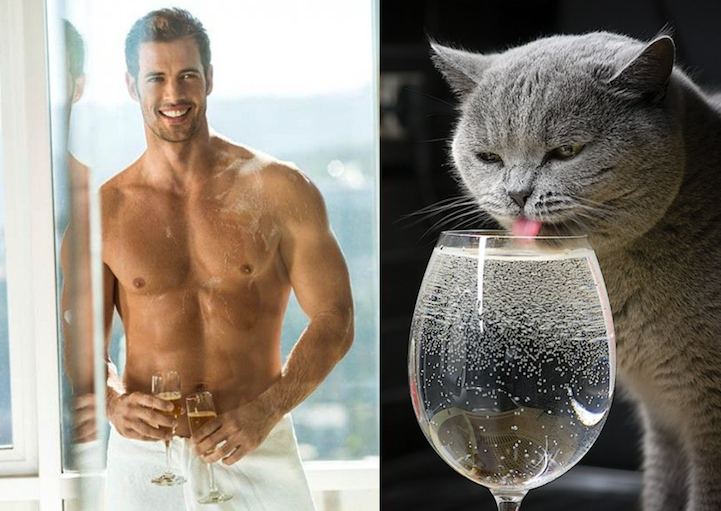 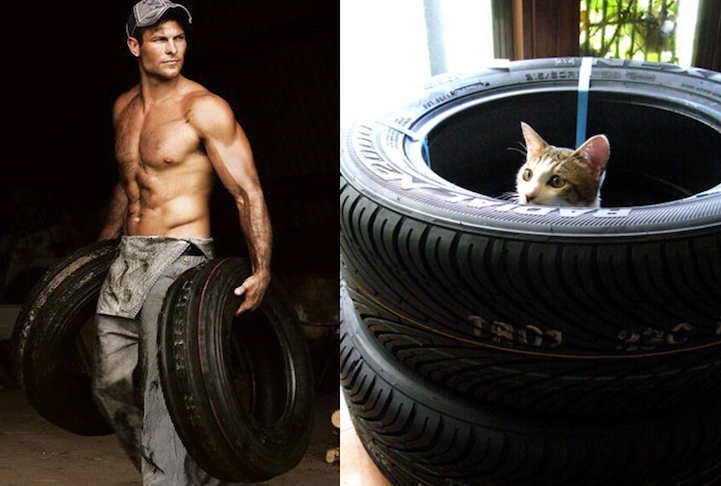 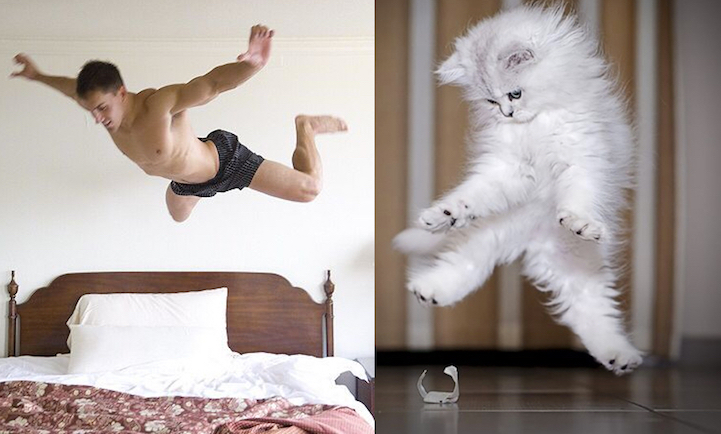 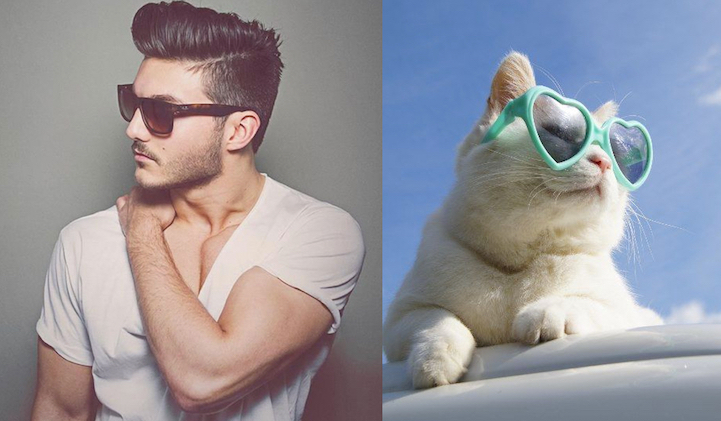