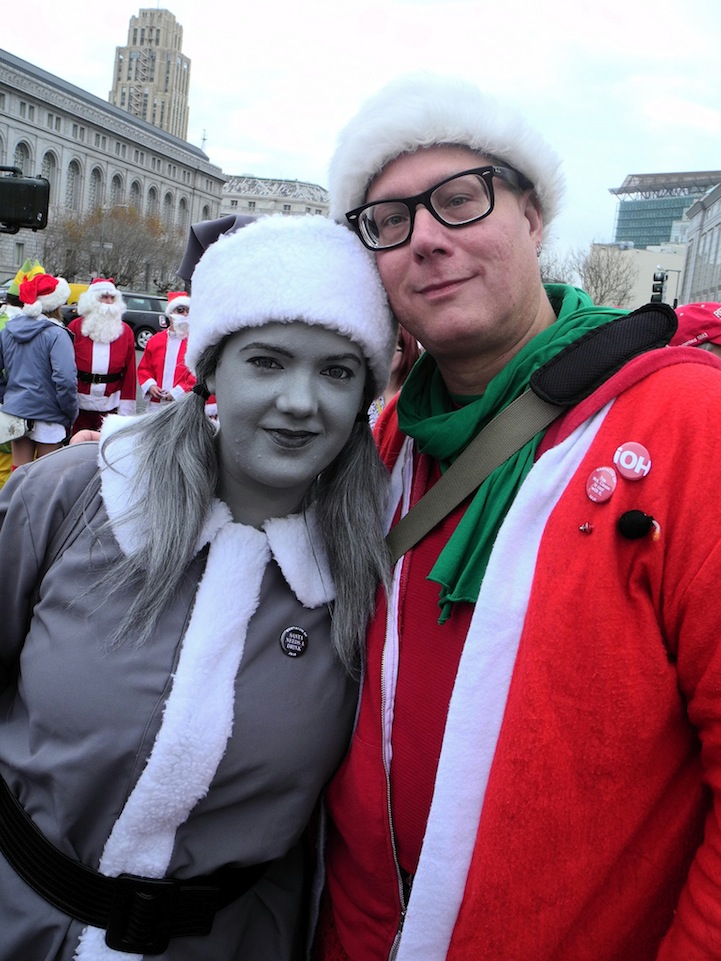 Brody S. is at it again, confusing people at San Francisco's 2010 Santacon with her Desaturated Santa costume. At first glance, it's easy to assume that these images were photoshopped. Amazingly, they were not.

To create the illusion, Brody wears a custom black-and-white Santa Claus costume, a grey wig, contacts, and Kryolan body paint. “When I decided to make a Desaturated Santa costume, I realized that to remove the visual cue of Red but still be recognizable as a Santa, I had to maintain as many of the other signifiers as I could,” Brody said last year. “The illusion of a walking black-and-white-photo of a Santa wouldn't be as effective if I wasn't wearing a very classic Santa outfit.” 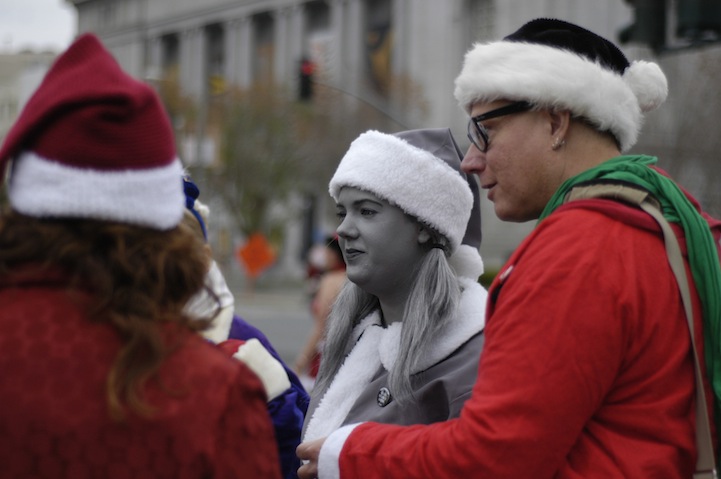 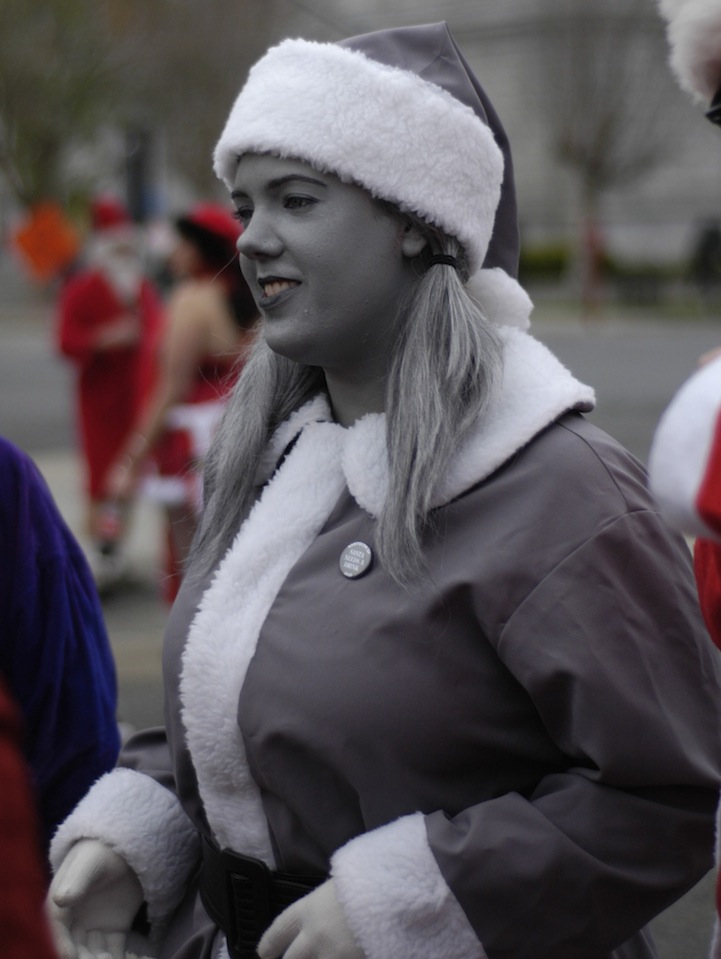 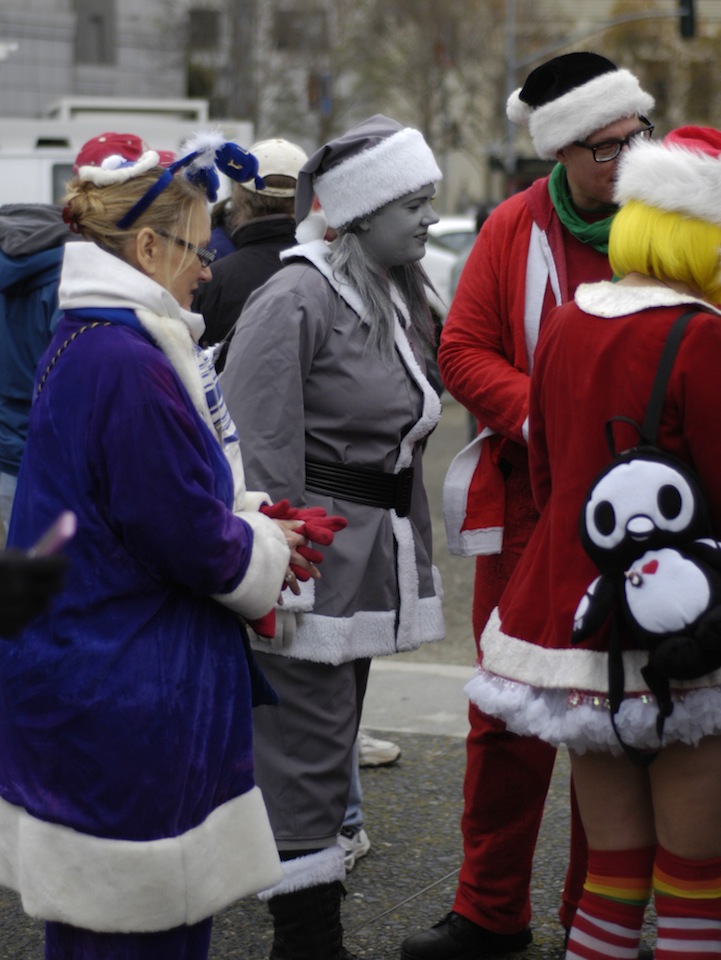 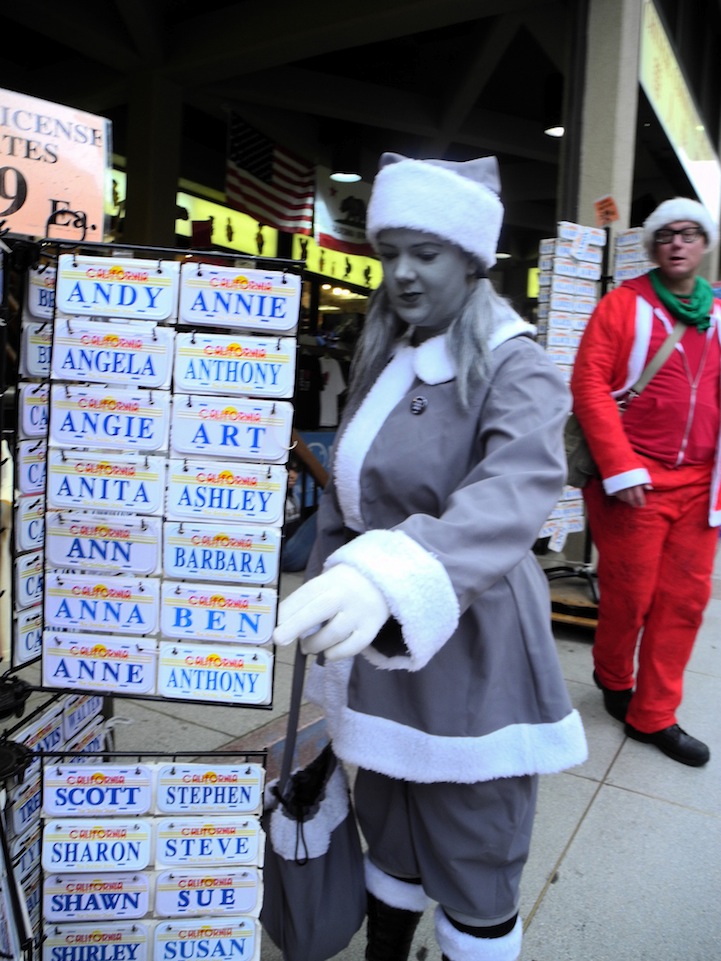 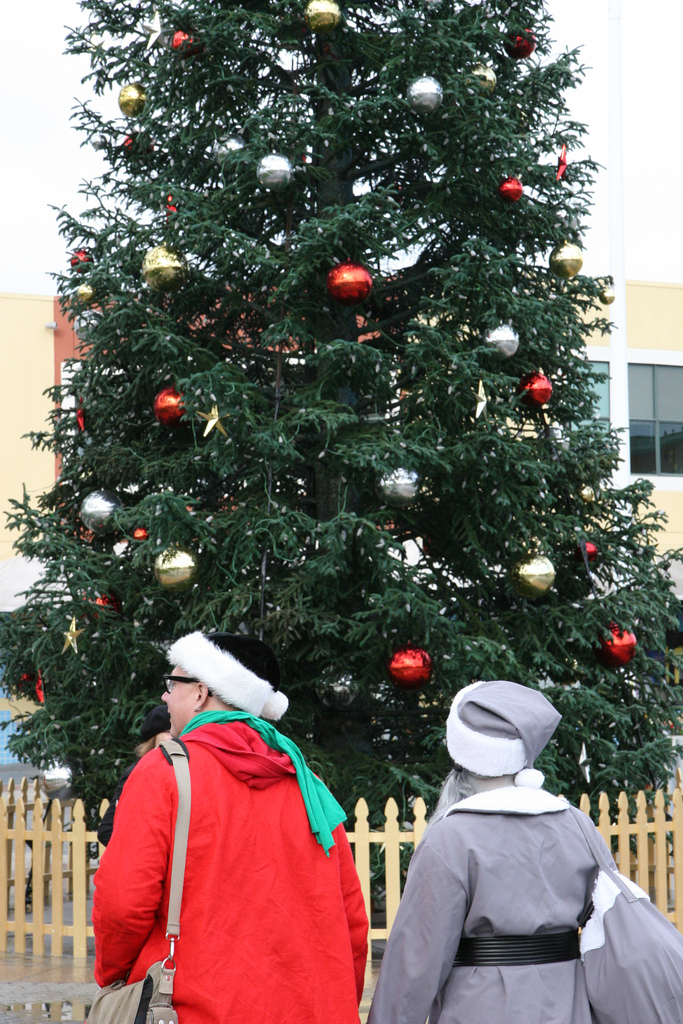 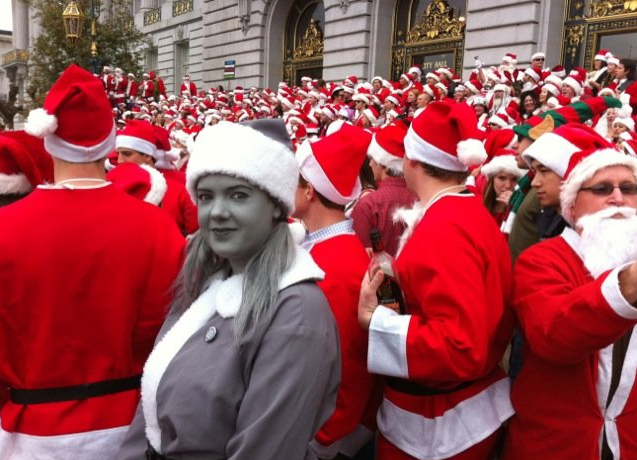 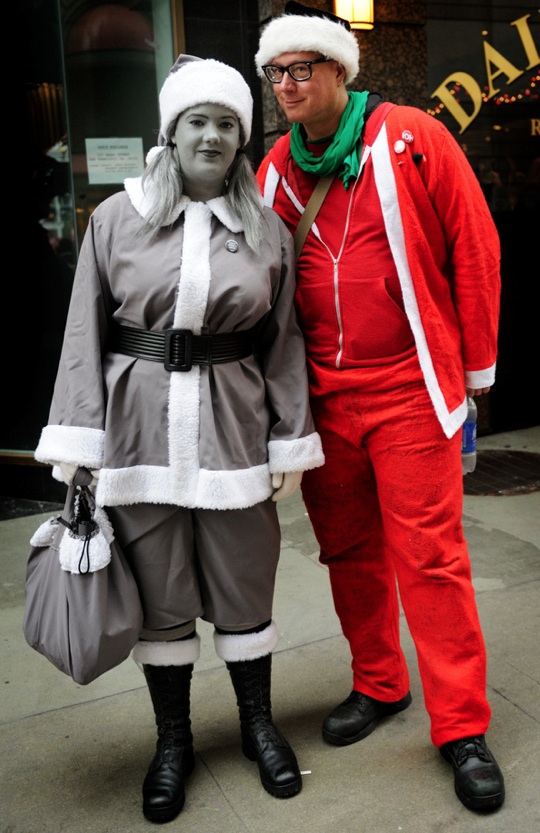 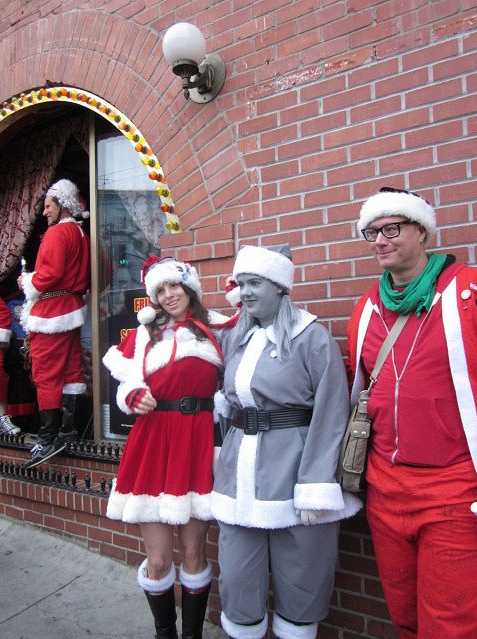 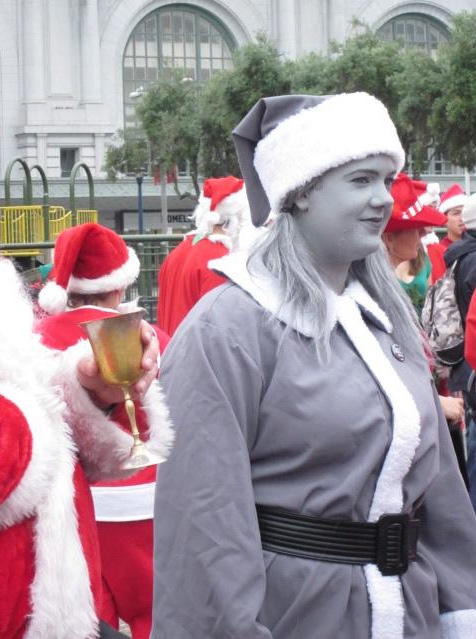