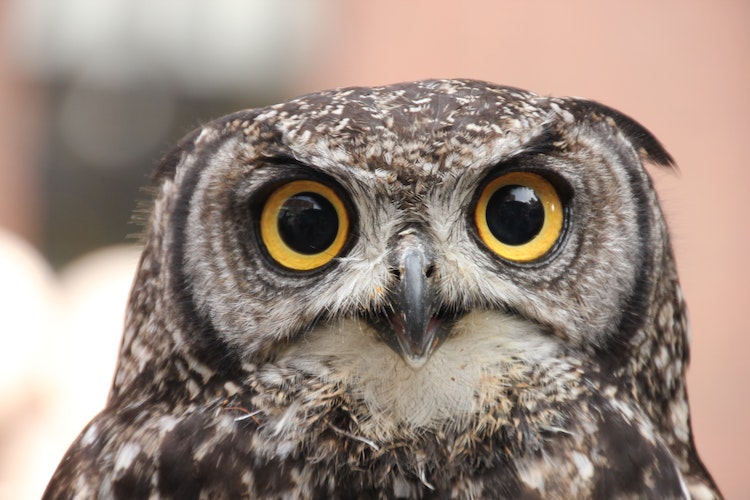 Many people are lucky enough to have friendly neighbors, but for one Yuma, Arizona-based family who recently moved into a new home, their nearby residents are a real hoot. Home security company Ring recently shared doorbell camera footage of a group of curious owls who visited the home of a woman named Lyndsay.

Lyndsay had only just installed her new security camera when she started getting notifications that “someone” was outside her door. Much to her surprise, the camera revealed that the trespassers were three little owls. The video shows the wide-eyed birds scampering around on the family’s front porch at around 10:30 pm.

Many owl species are nocturnal, meaning they are most active at night. They spend most of their time hunting for food, which is one activity that Lyndsay’s home security camera managed to capture. The footage shows two of the birds having a little dispute over which one of them gets to eat an insect that passes by. In another moment from the footage, these two owls in particular seem fascinated by the camera. They’re captured staring straight down into the lens with their wide eyes. The third owl doesn’t seem too bothered about the front porch tech, though—it’s captured happily exploring the scene in the background.

“Anyone who knows me knows that I absolutely LOVE owls. I have owl decor all over the inside of my home,” Lyndsay reveals. “These owls had so much personality! They were so wide-eyed peeking at the camera! One stole a bug the other had dropped and the third owl was a free spirit doing its own thing.”

Check out the funny footage below.

Watch how these adorable owls react to a home security doorbell camera.