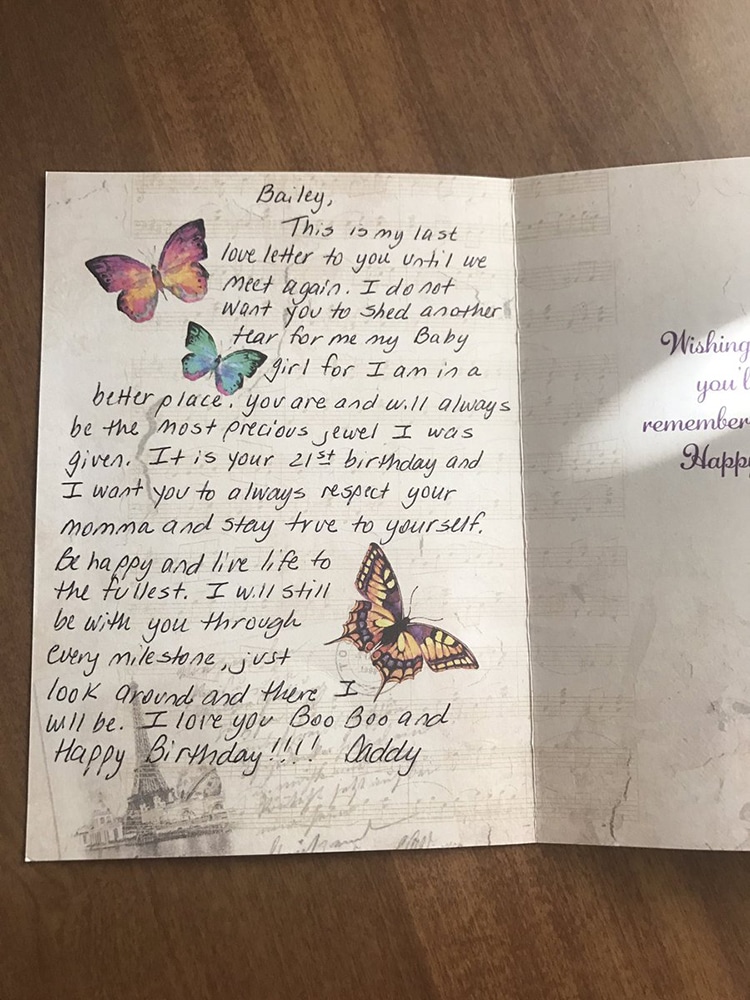 Four years ago, just a month before her 17th birthday, Bailey Sellers’ father Michael passed away from pancreatic cancer. But before he died, Michael found a way to be with his daughter every year on her birthday, even after he was gone. Facing a future where he wouldn’t be able to physically be there for his teenage daughter, he arranged for her to receive a bouquet of flowers and a card every year up until her 21st birthday. Last week, Bailey turned 21 and received one last bouquet from her dad, along with a love letter, as a final goodbye and a reminder that one day, they will meet again.

This year—being the last one that she would receive her father’s gift—was particularly emotional for Bailey. “When I opened this card, I especially felt him with me. It’s a cold feeling, then a happy feeling at the same time.” she said. She tweeted images of the beautiful flowers, the touching letter, and a childhood photo of the pair, together at the beach. This year's heartfelt message read: “This is my last letter to you until we meet again” and “I will still be with you with every milestone, just look around and there I will be.”

As of today, Bailey’s tweet has received well over one million likes, 350,000 retweets, and over a thousand replies with kind words from strangers. Bailey has even appeared on the British breakfast show, Good Morning Britain, live from her native Knoxville, Tennessee, where she talked to Piers Morgan and Susanna Reid about her late dad’s gifts.

When she was just 16, Bailey Seller’s father died of cancer, but before passing away, he made final arrangements for her to receive flowers and a letter from him on each birthday. 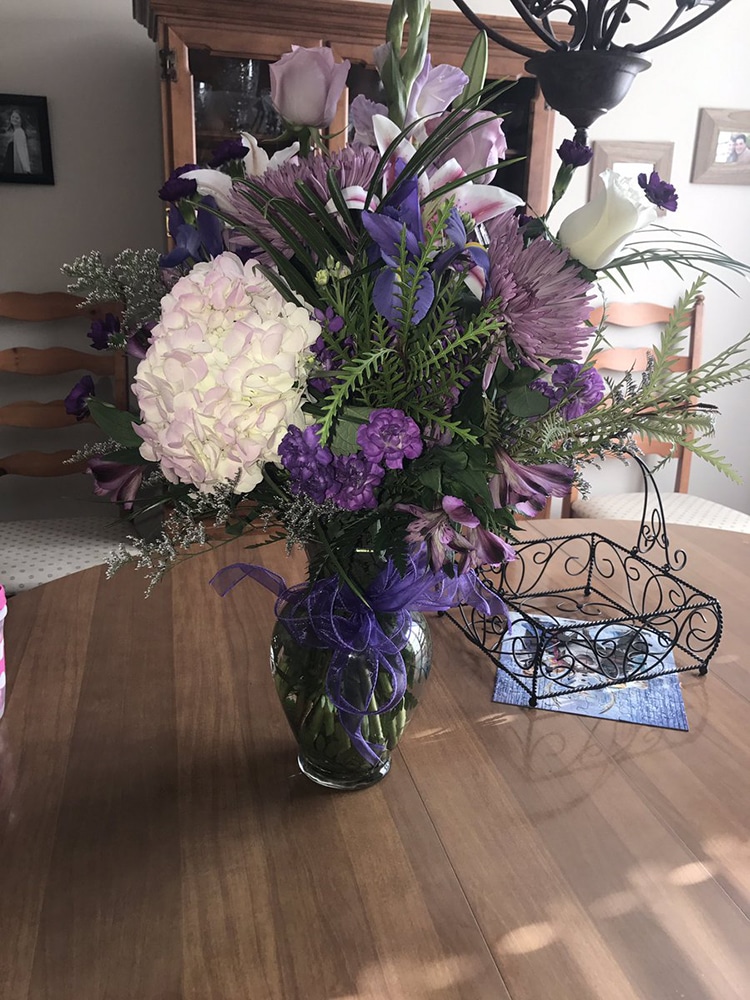 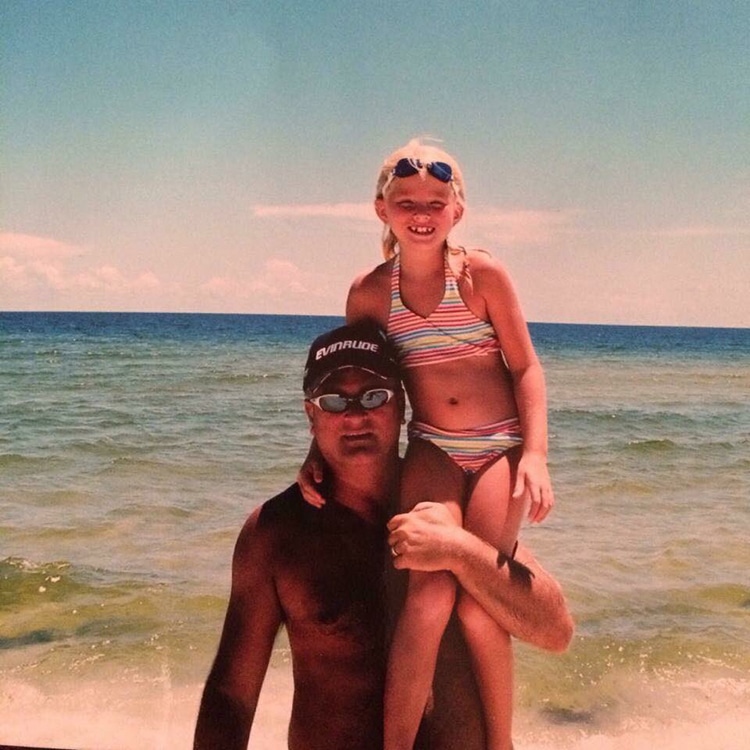 Bailey tweeted the 5th and final heartwarming letter on her 21st birthday.

My dad passed away when I was 16 from cancer and before he died he pre payed flowers so i could receive them every year on my birthday. Well this is my 21st birthday flowers and the last. Miss you so much daddy. pic.twitter.com/vSafKyB2uO

She received over a thousand replies with kind words from strangers.

Happy Birthday. Your Dad truly loved you. I am so sorry for your loss. May this be a wonderful year coming up for you. I’m sure you’ve made your father proud.

I’m a cancer survivor so I feel like I can understand how your dad was feeling then and how much he loved you. He must’ve been so brave. Happy Birthday Bailey!

All images via Bailey Sellers.