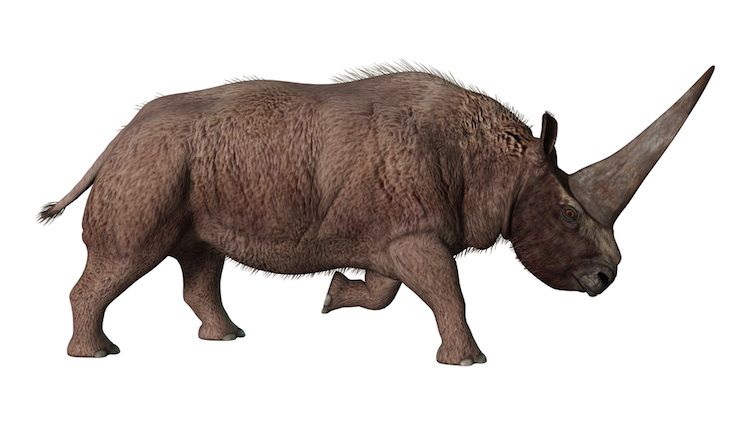 Millions of years ago, a gigantic mammoth roamed the earth, calling Eurasia its home. Elasmotherium, or the Siberian Unicorn, is a genus of three species that lived from approximately 2.6 million up to 29,000 years ago. The extinct rhinoceros had a large, thick horn atop its head and long legs that allowed it to gallop like a horse.

Given its name in 1808 by Johann Fischer von Waldheim, the Elasmotherium is known from hundreds of cranial fragments that have been discovered from Eastern Europe to China. In Kazakhstan alone, there are more than 30 sites with evidence of the Siberian Unicorn. These herbivores would cover large areas and consume grass in bulk, their horn and body armor helping to keep them safe from predators.

Thought to have weighed about 4 tons and measuring about 16 feet long, scientists believe that their horns could grow quite large. Their horns were made of keratin, the same substance that makes up hair, which differentiates them from bone horns and tusks, which are elongated canine teeth or incisors. They also had a large muscle hump for managing the head, which indicates the large, heavy presence of a horn. 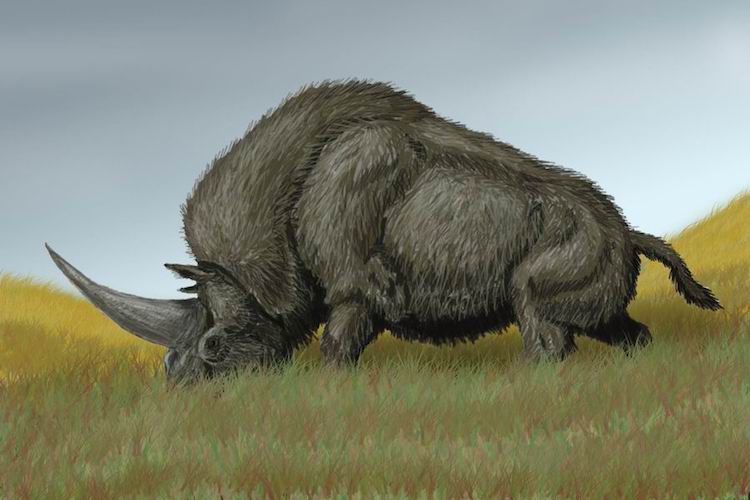 Scientists are still not entirely sure of the horn's function, with some speculating that they would have been used to attract mates. Also unclear is exactly why the giant animal went extinct. Some theories point to an increase in predators—including early man—while others look at a possible meteoroid explosion due to a pattern of “imbedded micrometeorites” in some skull fragments.

Whatever the case, the Siberian Unicorn has had a lasting impact on culture. As opposed to the dainty vision of the Western European unicorn, throughout Eurasia mentions of a large, imposing one-horned beast permeate legends. The Yakuts of Siberia have a legend that speaks about a large black bull with one horn that was killed by a spear. Its horn was so large it required transportation by sled. Medieval Persian scholars describe Karkadann, a mythical horned creature that lived on the grassy plains of India and Persia. Interestingly, the derivations of the word karkadann mean both unicorn and rhinoceros.

Today museums around the world contain skulls and skeletons of the elusive Elasmotherium, allowing us to marvel at their size and ponder their past. 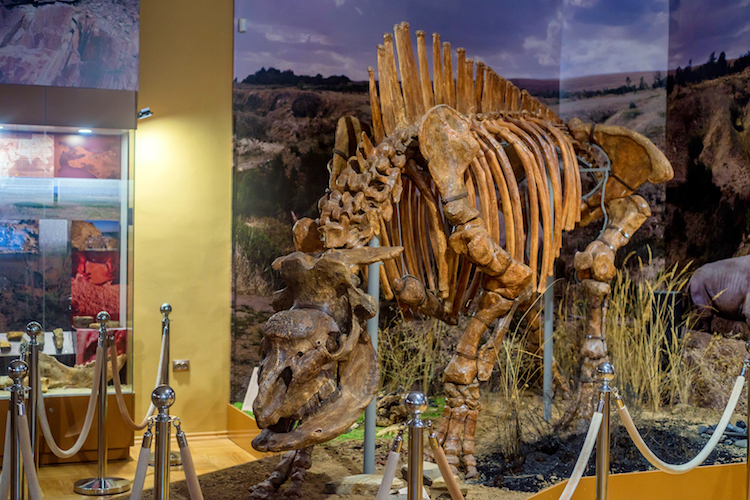