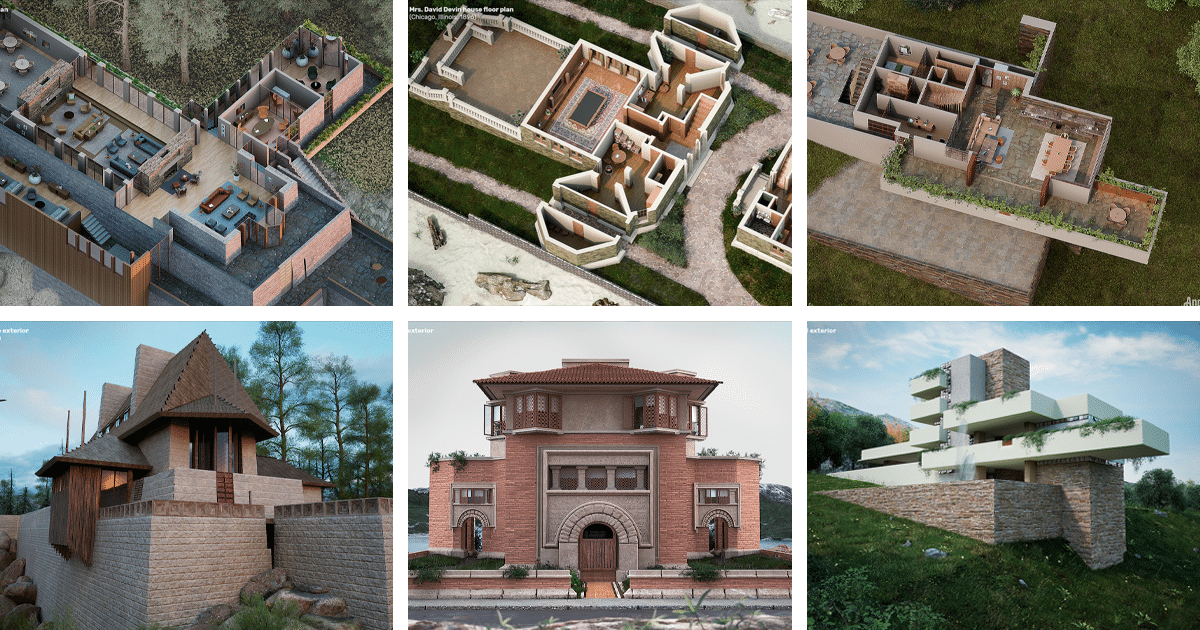 Frank Lloyd Wright is one of the most famous architects to ever live. He is known for the first American style of architecture called the Prairie style, the architectural masterpiece Falling Water, the Solomon R. Guggenheim Museum, and more. But despite his fame and the many followers he trained during his lifetime, more than half of his projects were never built. Out of 1,171 concepts, only 660 made it past the design phase. Angi and NeoMam Studios have selected three of these paper projects to bring to life.

“Wright’s plans are things of beauty, but it’s difficult to imagine what his unrealized sketches might have looked like in real life,’ says Angi. The new work helps make those sketches accessible to those not able to easily read or understand architectural drawings. The designers created a series of six images that feature one plan rendering and one perspective rendering of each project. The set describes not only what the buildings would have looked like, but also how they were organized.

Six decades after Wright’s death, this project demonstrates how the architect’s work is still inspiring designers, architects, and artists. Keep scrolling to the beautiful imagery of three unbuilt works and learn a bit more about the stories behind them. 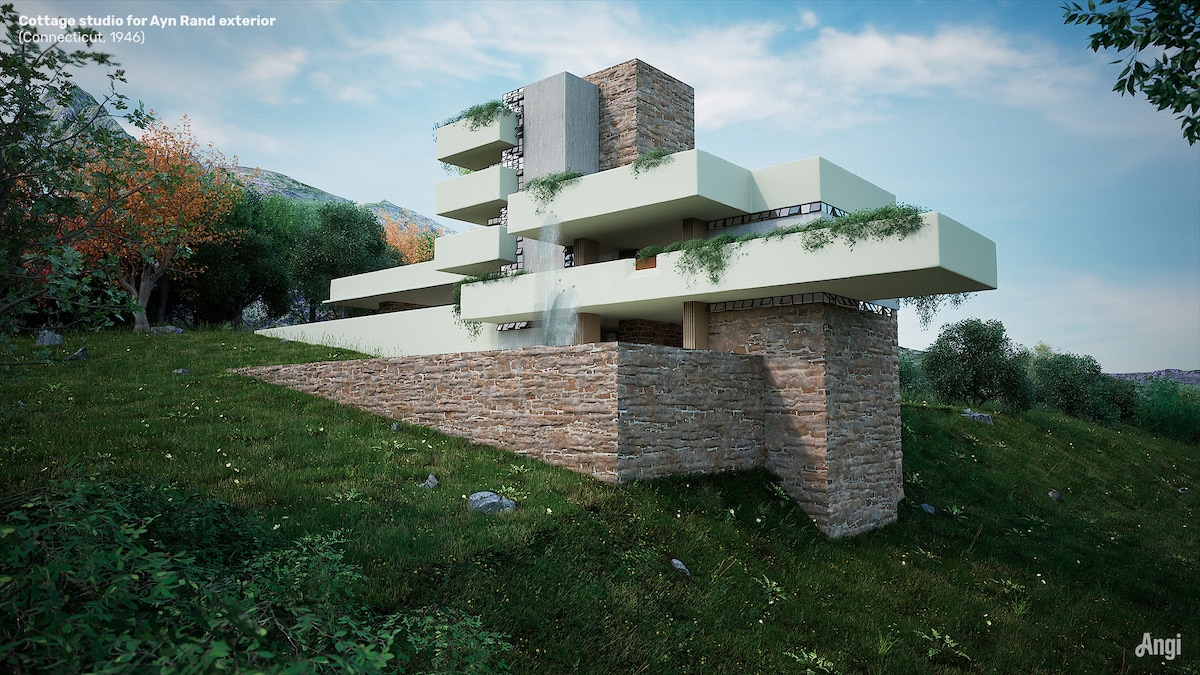 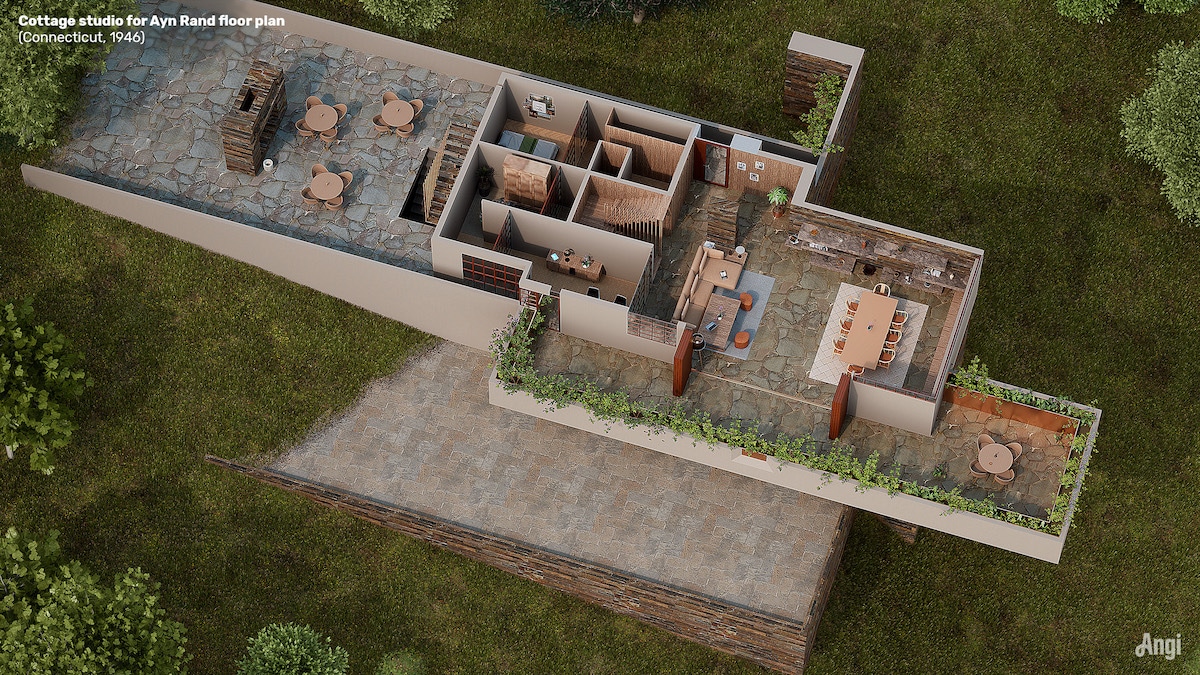 Ayn Rand may have created the most iconic depiction of an architect in popular culture—until the more contemporary Ted Moseby of How I Met Your Mother began competing for the title. Rand consulted with Wright during her research of Howard Roark, The Fountainhead protagonist and fictional architect. Her character was inspired by Frank Lloyd Wright. He later designed a cottage for Rand that she greatly admired.

“The house you designed for me is magnificent,” she says. “I gasped when I saw it. It is the particular kind of sculpture in space which I love and which nobody but you has ever been able to achieve.” 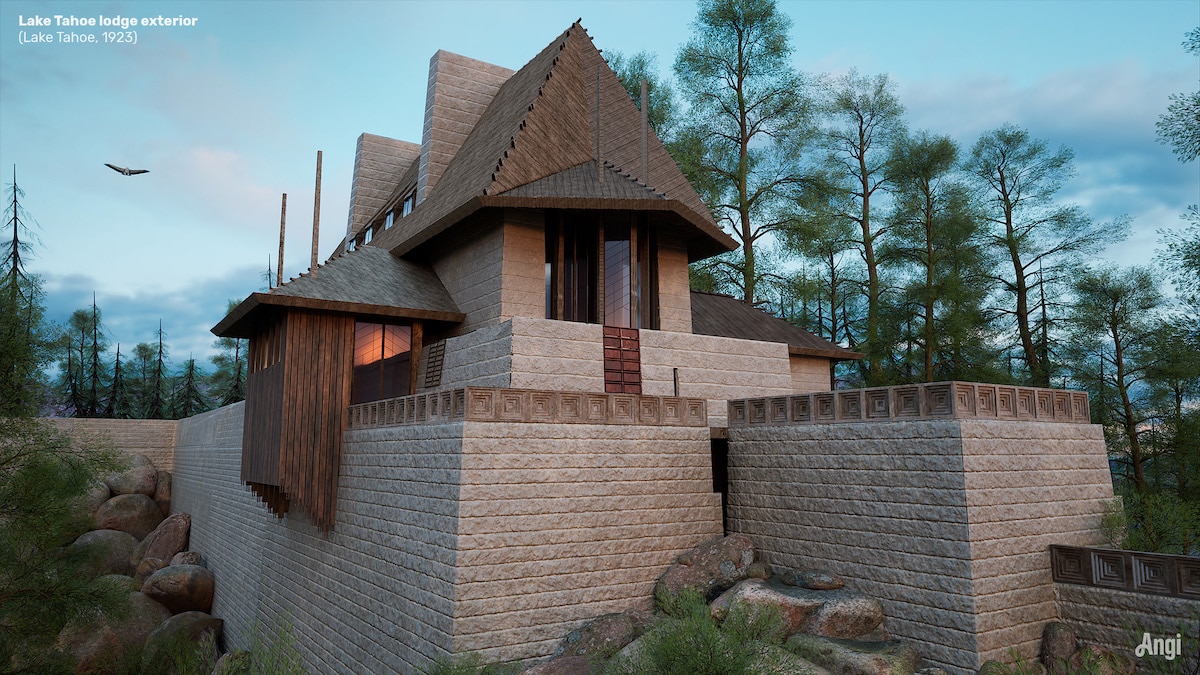 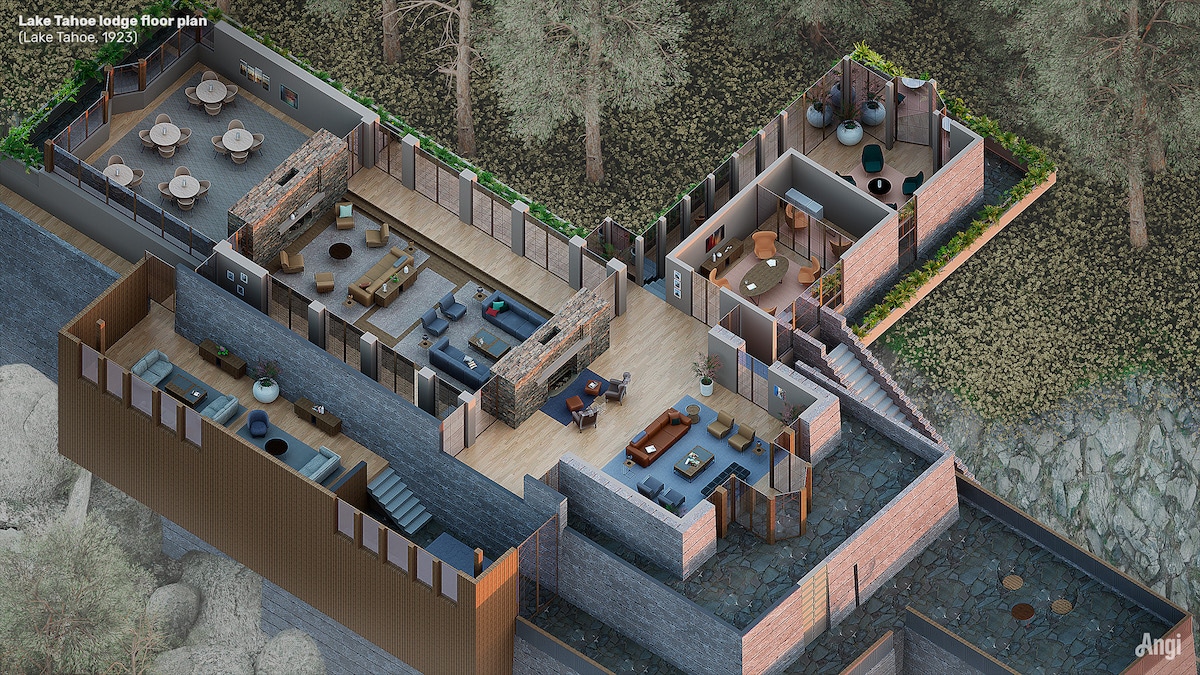 Lake Tahoe Lodge held a special place in Wright’s heart. He was not commissioned to design the project but was instead experimenting with ways to adapt to the landscape. Located in a mountainous area in Emerald Bay, Wright used monumental terraces that lift the project from the ground plane. The designers render the unbuilt project from a slightly lower angle, allowing us to look up at the dramatized verticality Wright intended to emphasize. 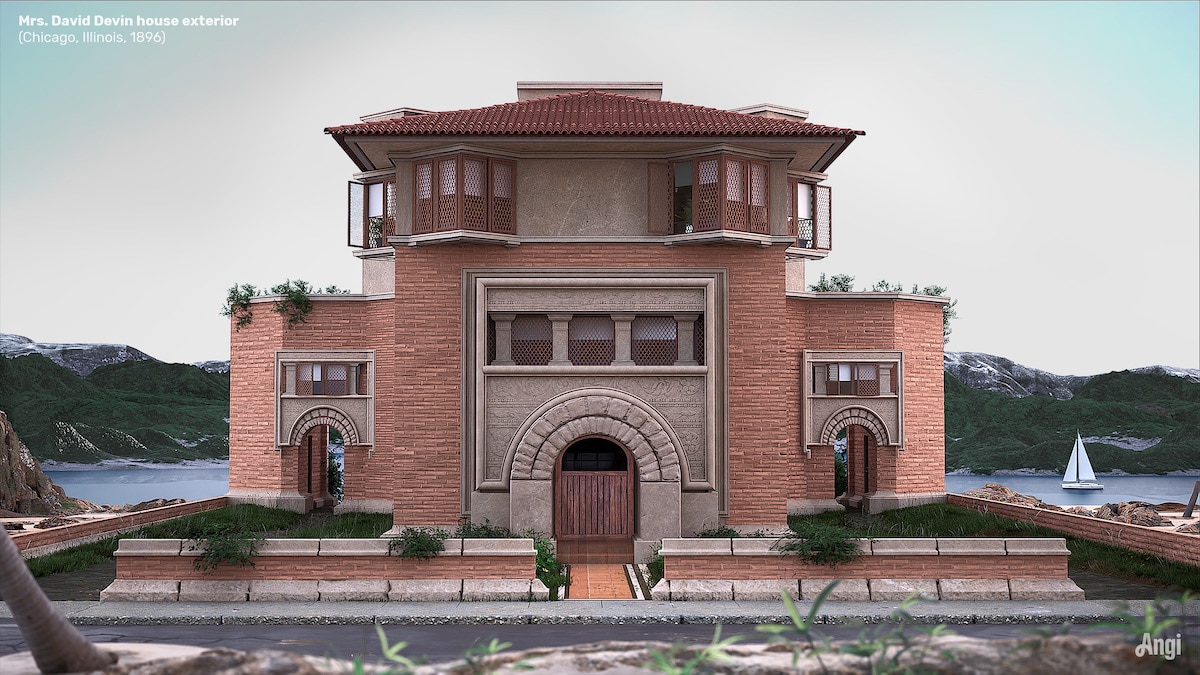 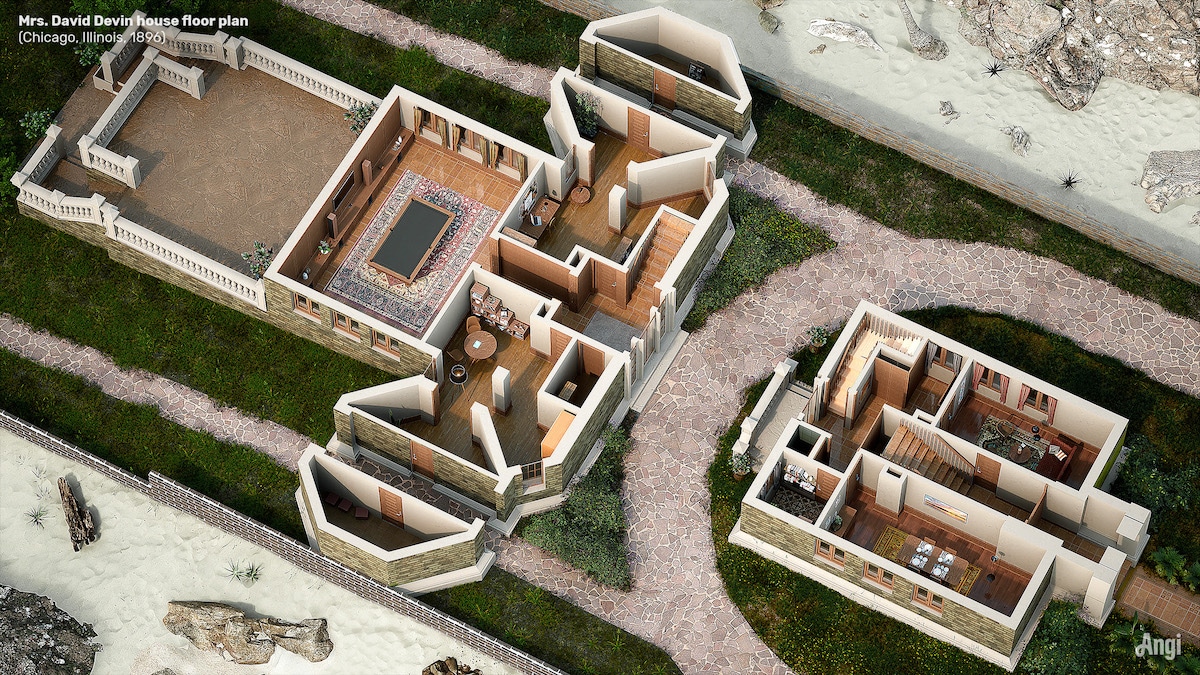 The Mrs. David Devin House was designed in 1986. While there was less available information about this project, it is an interesting choice in this recreation series because it is so different from many of Wright’s other projects. The designers bring the paper project to life with vibrant red materials to emphasize the interesting form of the home.

Which is your favorite unbuilt project? Share
Like My Modern Met on Facebook
Get Our Weekly Newsletter
Become a
My Modern Met Member
As a member, you'll join us in our effort to support the arts.
Become a Member
Explore member benefits