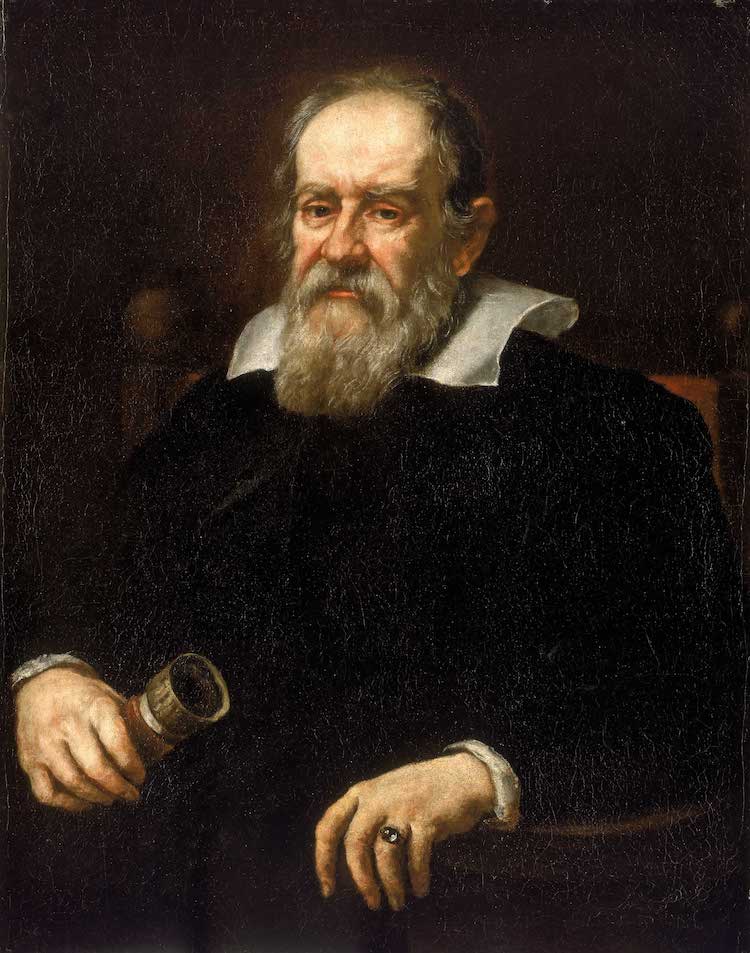 While you might have heard the name Galileo, do you know why he's so important? This Italian astronomer, physicist, mathematician, and engineer is much more than a lyric in Queen's “Bohemian Rhapsody.” He's one of the most important scientific minds in history and without him, it may have taken us much longer to learn about our universe and the world around us.

Born in Pisa in 1564, Galileo Galilei is known to the world for changing how science is viewed. A strong proponent of the scientific method, he advocated for carrying out research to support scientific theories. And, importantly, he was a major advocate for how we view the stars. In an age when it was believed that the Earth was the center of the universe, he used his own observations to suggest that it was actually the Sun that we revolved around. While this would get him into hot water with the Catholic Church, these ideas, along with myriad inventions and academic writings, would cement his legacy later on.

We're exploring a bit more about Galileo and sharing six facts about this genius. From his early education to his use of the telescope to his unfortunate punishments by the Inquisition, his life is filled with one thrilling moment after the next.

Here are 6 facts about Galileo that show what an incredible life this scientific genius lived. 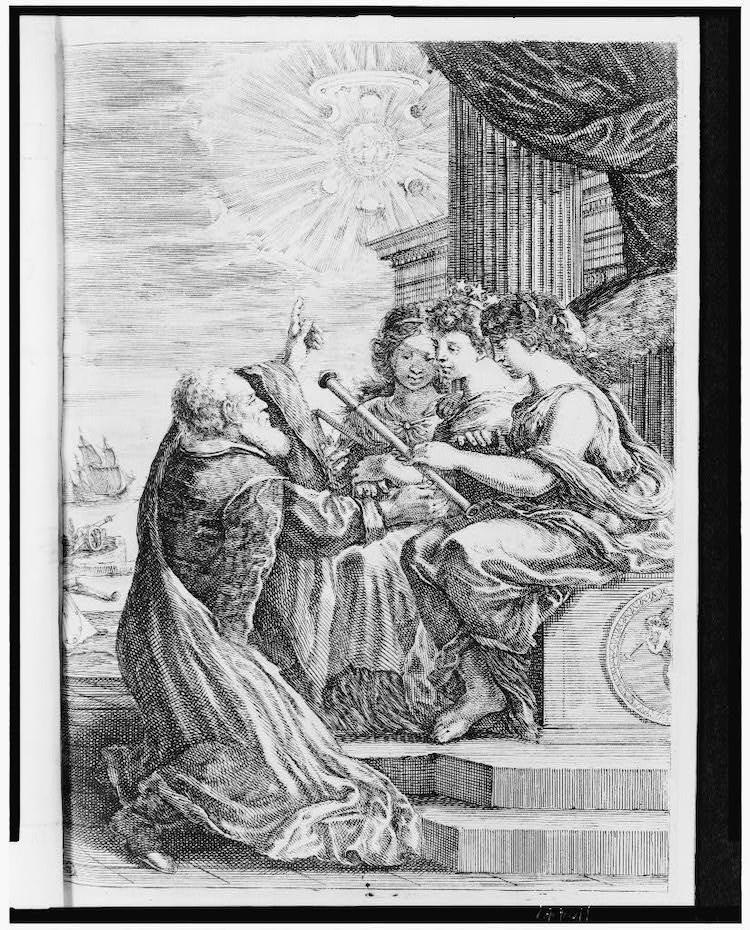 Galileo Offering His Telescope to Three Women, published in “The tradition of technology: Landmarks of Western technology,” (Photo: Library of Congress)

Though Galileo is one of the great thinkers of his generation—and his work continues to be relevant—he never actually finished college. Born in Pisa, he first considered becoming a priest but enrolled in the University of Pisa to study medicine at the urging of his father. While there, he became fascinated by mathematics and convinced his father to allow him to study mathematics and natural philosophy. However, he left school in 1585 without having graduated.

Despite his status as a dropout, his publications and inventions gained him a stellar reputation. In fact, he applied to become the chair of mathematics at the University of Pisa and was granted the position in 1589. He would stay there for three years until his controversial stance against Aristotle's philosophies about motion caused his contract not to be renewed. However, that didn't stop him. He simply moved on and became the chair of mathematics at the University of Padua, a position that he held until 1610.

He challenged popular thoughts on astronomy and physics.

During Galileo's time, the reigning philosophies in physics and astronomy were based on the work of Greek philosophers. Aristotle's work was widely accepted by academics, but Galileo dared to challenge those notions. For instance, Aristotle taught that heavier objects fell faster than lighter objects in proportion to their weight. Galileo debunked that notion by dropping balls off the Leaning Tower of Pisa. Galileo argued that, barring any forces of resistance, the time of an object's descent is independent of its mass. While he was not the first to argue this notion, Galileo's reputation meant that his denial of Aristotle's theory lent more weight to the idea that it was wrong.

But this was not the only time that he undermined Aristotle's teachings, which were also popular with the Catholic Church. By making improvements to the telescope, he was able to make incredible observations of the night sky. This included viewing Venus.  Galileo actually observed that the planet went through phases similar to the Moon. Thus, he concluded, Venus must revolve around the Sun. At a time when Earth was thought to be the center of the universe, this was a problem. Though that observation may not seem like much to us today, they went against Aristotle's idea that the heavens were perfect and remained unchanged and that Earth was a corrupt land. That idea was very much embraced by the Catholic Church, which was not very happy about Galileo's work. 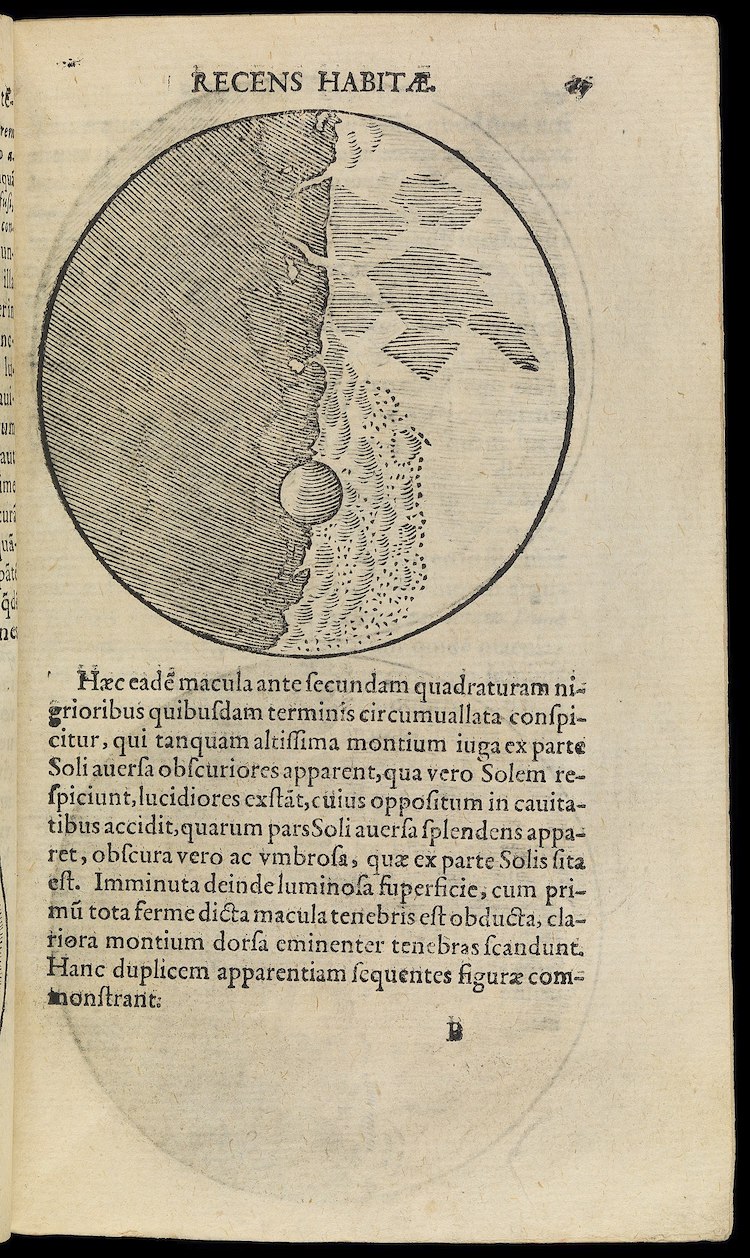 Illustration of the Moon in Galileo's “Sidereus Nuncius,” published in 1610. (Photo: Public domain via Wikipedia)

Galileo made landmark observations about the Moon.

As mentioned, Galileo made great improvements to the telescope, which had been invented in the Netherlands in the early 1600s. While many people incorrectly think that Galileo invented the telescope himself, he was actually the first to use it to observe celestial bodies. He was able to do that because, through trial and error, he eventually created a telescope in 1609 that could magnify up to 30x.

He used the telescope to discern many celestial bodies, including the Moon. Up until this point, Aristotle's view that the Moon was perfectly smooth was accepted as true. But Galileo actually saw the craters on the Moon and created topographical charts estimating the heights of the Moon's mountains. Galileo also drew out the phases of the Moon. Again, these concrete observations caused conflict with accepted beliefs in the 17th century.

After his initial work on the Moon, Galileo used his telescope to make many other discoveries. He observed both Saturn and Neptune, saw sunspots, and found many new stars that one couldn't see with the naked eye. One of his biggest discoveries occurred in 1610 when he saw what he described as “three fixed stars, totally invisible by their smallness” next to Jupiter. As he continued to observe them in the following days, he saw a fourth object and he noted that one has disappeared. This quickly caused him to conclude that they were orbiting the planet.

What he'd discovered were Jupiter's four largest moons. Now known as the Galilean moons, they are named Io, Ganymede, Europa, and Callisto. The discovery revolutionized astronomy at the time because, once again, they pointed to defects in Aristotelian cosmology. According to Aristotle's teachings, planets shouldn't have their own orbiting bodies, but rather orbit the Earth. Once again, Galileo's work pointed to big problems with the accepted philosophy. 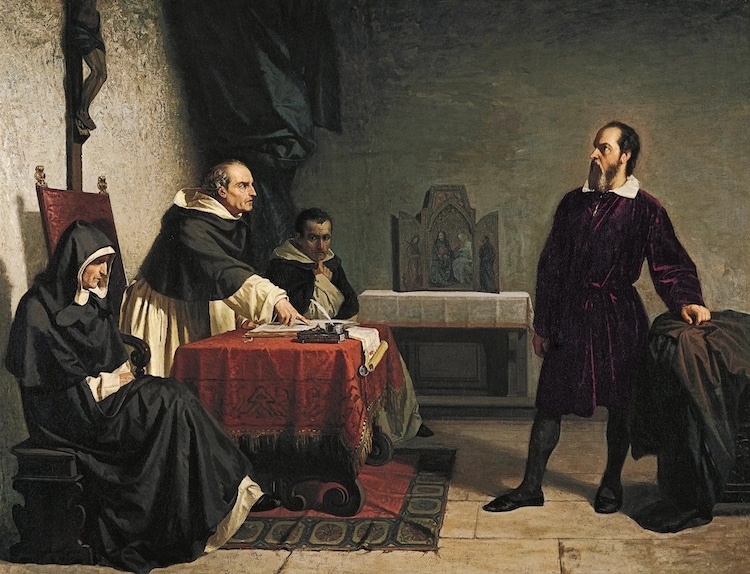 Galileo was tried by the Inquisition.

While Galileo's work has earned him a lasting legacy as one of history's great thinkers, not everyone during his own time admired his work. Science and religion were deeply intertwined in Galileo's day and his work debunking Aristotle's theories made him deeply unpopular with some academic colleagues and, most definitely, the Catholic Church.

Eventually, his work had consequences when Father Niccolò Lorini submitted his beliefs to the Inquisition in 1615. His claim was that Galileo was attempting to reinterpret the Bible and that this was against the Council of Trent. Galileo went to defend himself, while the other side looked at scientific theories against heliocentrism as evidence that he was wrong. In the end, the commission declared that heliocentrism was “foolish and absurd in philosophy, and formally heretical.” He was told to abandon any ideas that put the Sun at the center of the universe, which he did for the next decade.

Interestingly, his downfall came after his trusted friend Cardinal Maffeo Barberini became Pope Urban VIII in 1623. He asked Galileo to write a book giving arguments for and against heliocentrism. The book, Dialogue Concerning the Two Chief World Systems, was then published with authorization from the Pope and the Inquisition but caused problems anyway. The character in the book that defends the Aristotlean system is named Simplico, which translates to “simpleton,” and often sounds foolish. This greatly angered the church, which brought Galileo in front of the Inquisition again in 1633.

This time, it didn't end well. While he had gotten away with a warning the first time around, this time he was found “vehemently suspect of heresy.” He was put under house arrest, and he remained there for the rest of his life. His book was formally banned. Though he continued to receive visitors at home and even produced one of his finest works, Two New Scientists, he carried out his punishment until his death in 1642. 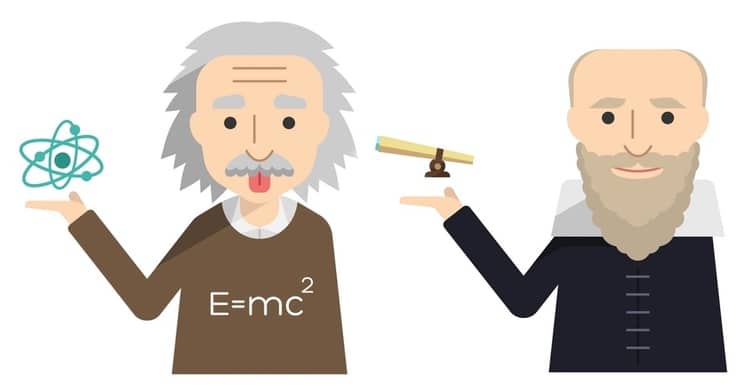 Albert Einstein was an admirer.

The early work that Galileo conducted with pendulums was the precursor to mechanics later developed by Sir Isaac Newton. And he even provided a basic principle of relativity that would provide the basis for Newton's laws of motion and, later, Einstein's own theory of relativity.

Einstein's full quote on Galileo and his importance to science reads, “All knowledge of reality starts from experience and ends in it. Propositions arrived at by purely logical means are completely empty as regards reality. Because Galileo saw this, and particularly because he drummed it into the scientific world, he is the father of modern physics–indeed, of modern science altogether.”