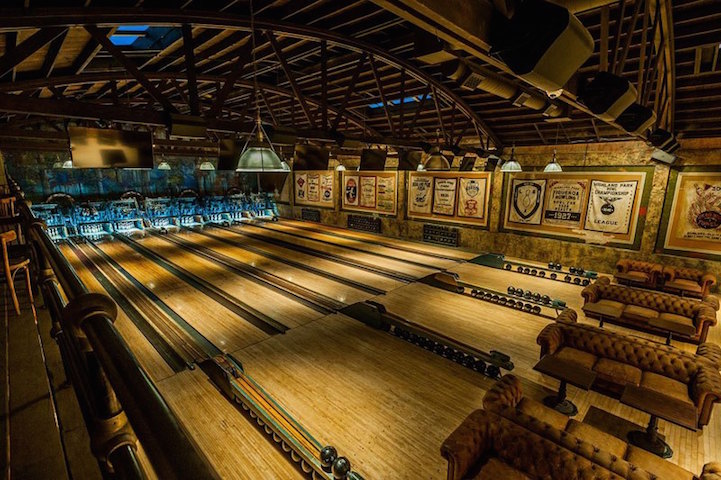 The iconic Hollywood Star Lanes in East Hollywood, where The Big Lebowski was once filmed, made bowling an iconic activity in Los Angeles. The city has had no shortages of unique bowling alleys, from the divey All Star Lanes to the upscale Spare Room in Hollywood's Roosevelt Hotel. The newest establishment, Highland Park Bowling, is a resurrected alley that puts its own spin on the activity with vintage revival vibes and steampunk décor.

Highland Park Bowling originally opened in Los Angeles during the prohibition in 1927. In the 80s and 90s, the space transitioned into Mr. T’s, a live music venue for DIY punk shows. Most recently the 1933 Group, which has been responsible for a slew of successfully themed watering holes in Los Angeles, acquired the space with their own intentions. “It has always been our philosophy to try to find an emerging neighborhood to sink our teeth into,” says Dimitri Komarov, one of the three partners of 1933 Group. “We are going to be accessible to everybody, but we’re also trying to change with the neighborhood.” 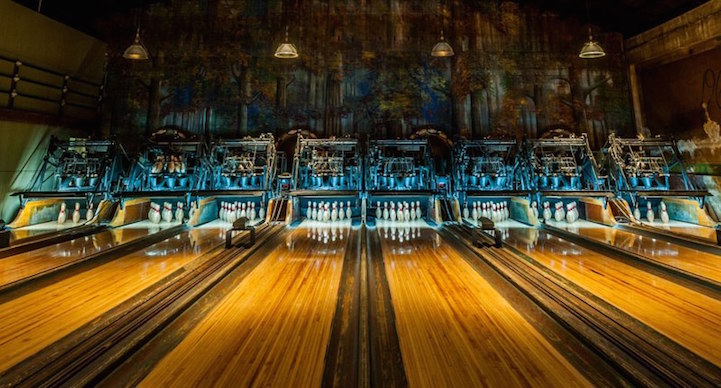 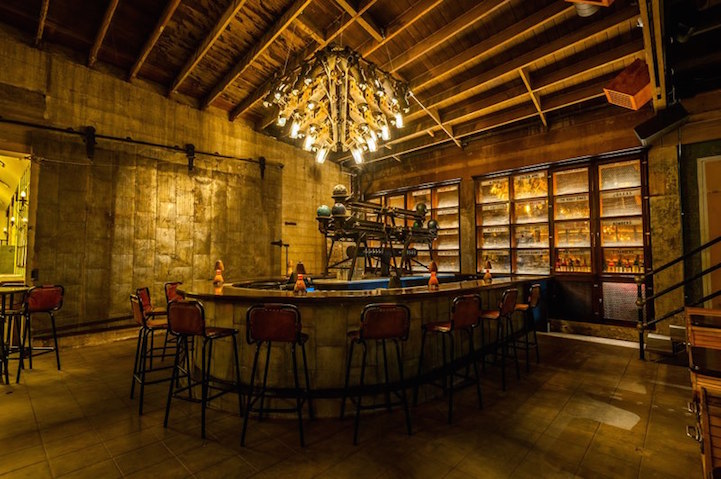 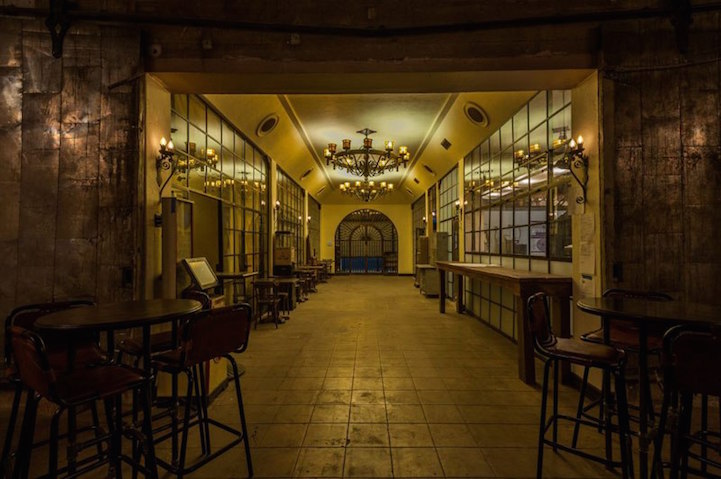 During 1933 Group’s refurbishing of the lanes, they exposed the original interior and uncovered a massive mural, which exists as the backdrop to the lanes. They also found original bow truss architecture and skylights, original pin machines which were transformed into grand chandeliers and bar shelves, re-displayed old banners on the walls, and Brunswick benches were repurposed into booth seating.

The 1933 Group hopes for the establishment to serve as “a playful gathering place for bowlers, imbibers, diners, and music enthusiasts alike.” Not only does the establishment offer bowling, it serves as a live music venue and has a kitchen that features pizzas cooked in an Italian wood-burning oven, and a full bar with handcrafted cocktails that celebrate cult classics and the various eras of the location’s timeline.

Highland Park Bowl opened in late April, with hours from 5 p.m. to 2 a.m. during weekdays and from 10 a.m. to 2 a.m. on the weekends. Bowling prices start at $40 and each lane holds six bowlers. Visit the venue's website for more information. 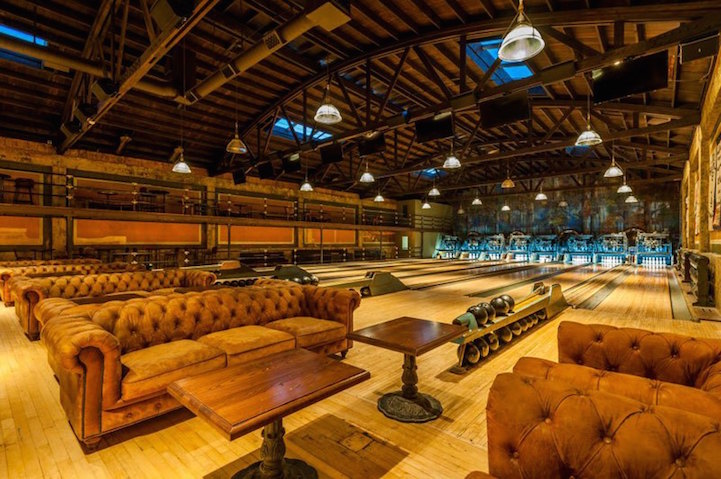 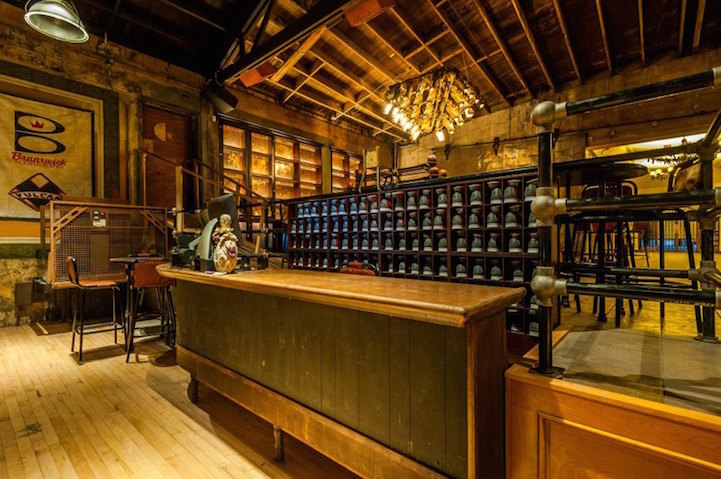 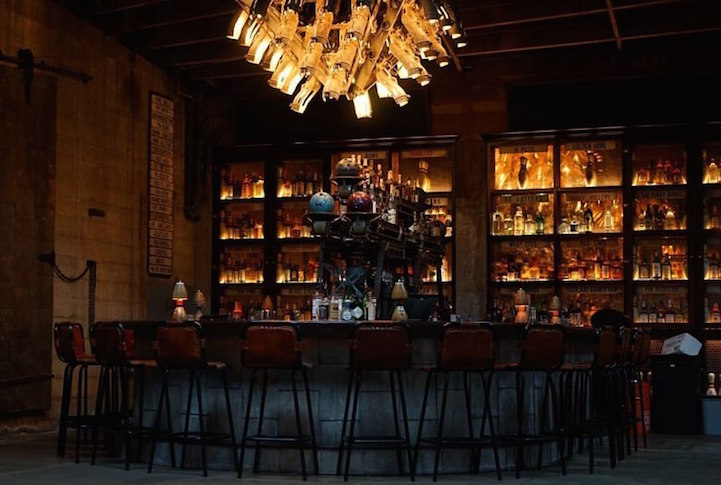 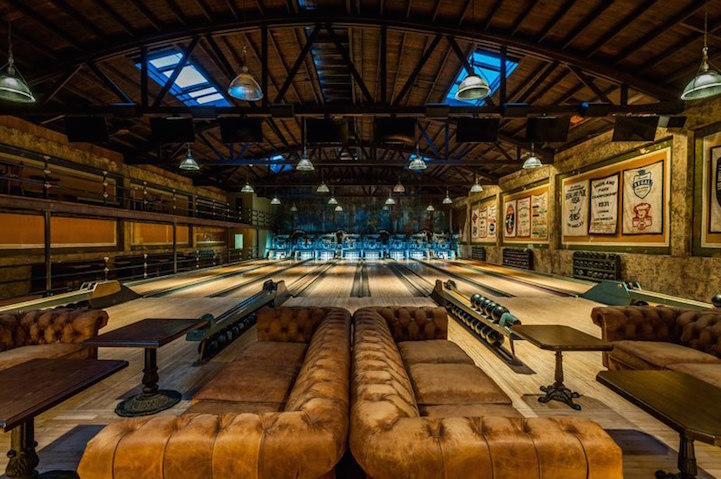 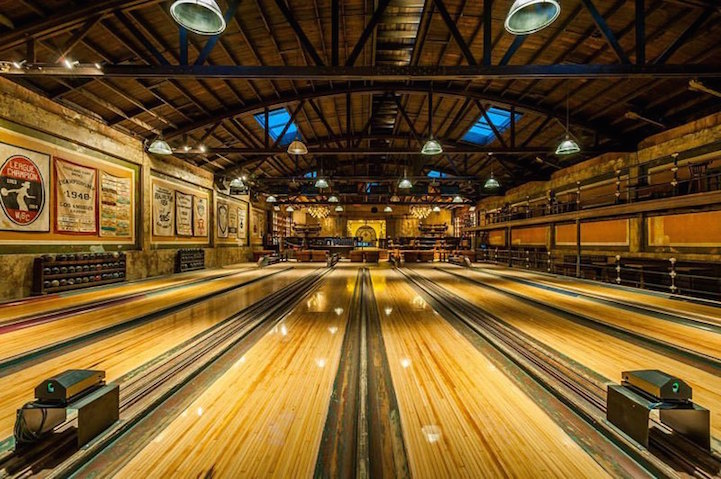 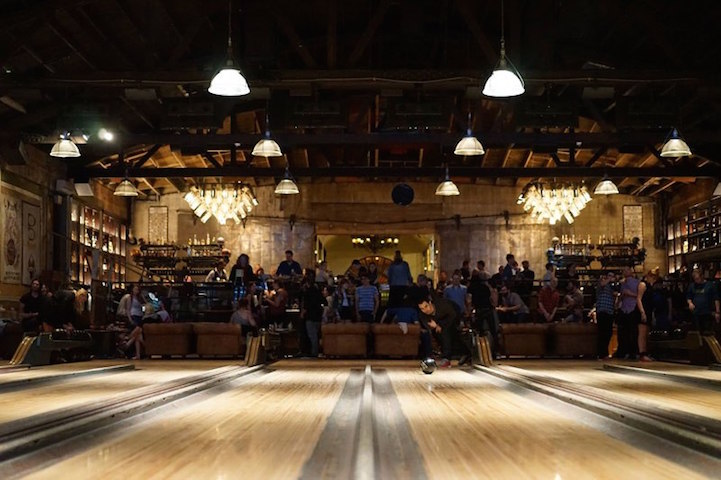 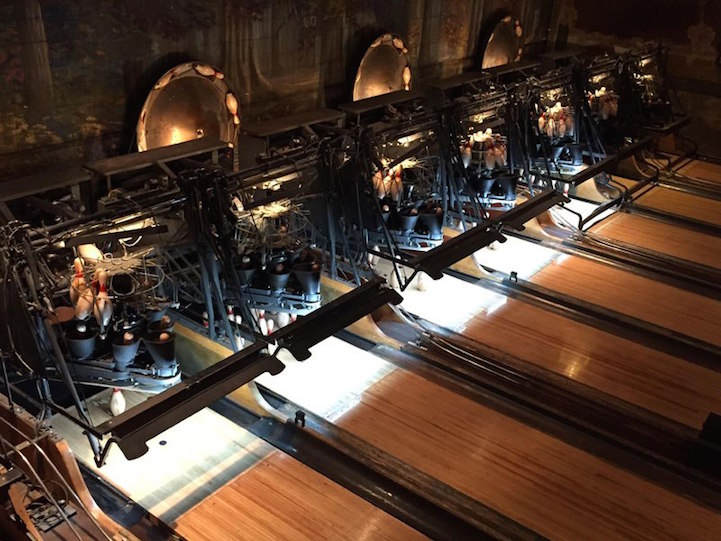 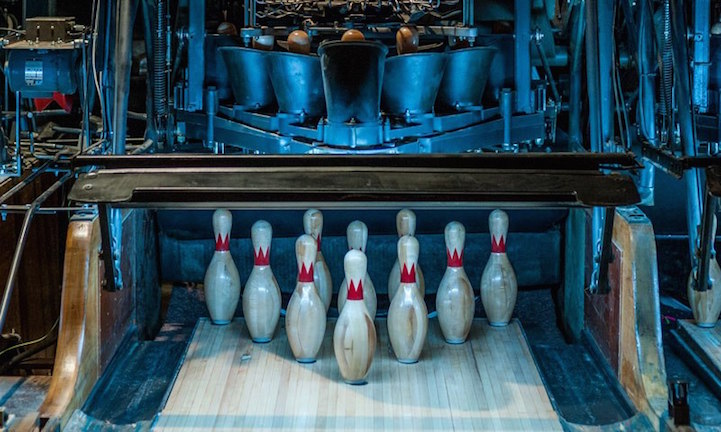 All images via Highland Park Bowl.